Team Singularity turns heads yet again with their recent release of a new European League of Legends team to represent their organization.

But what makes this announcement unique is that it’s an all-female team, which changes things up a bit. Team Singularity introduces six talented professional gamers into their organization to be the full frontal face of their organization for the competitive scene of League of Legends.

Team Singularity CEO, Atle S. Stehouwer, gave the newly-introduced and former players a warm welcome, assured that success was right around the corner for the organization and the all-female roster:

“I’m pleased to announce that we have decided to once again open our Female League of Legends team and have teamed up with three of our former players to make a competitive roster we believe have what it takes to get on top of the European female scene. This is the first step of a bigger plan trying to aid the consistency of the female League of Legends scene and community, but more on that matter in the end of January.”

Old-time players Adelina Nälsén and Anette Holm of Team Singularity expressed great excitement for the new roster and journey with the organization:

“After taking a few months break from playing I am very excited to be doing this again, and of course it feels even better that it is with girls and an organization I know and trust. I am quite hopeful for the team ,and lastly, I am happy to be back in Singularity where I know I will always have a place,” stated Adelina.

Anette echoed that enthusiasm. “With two new players, we have worked through a lot to get here and I’m hoping that it will all pay off and that we do well. It is good to be back in a place I am familiar with and trust!” 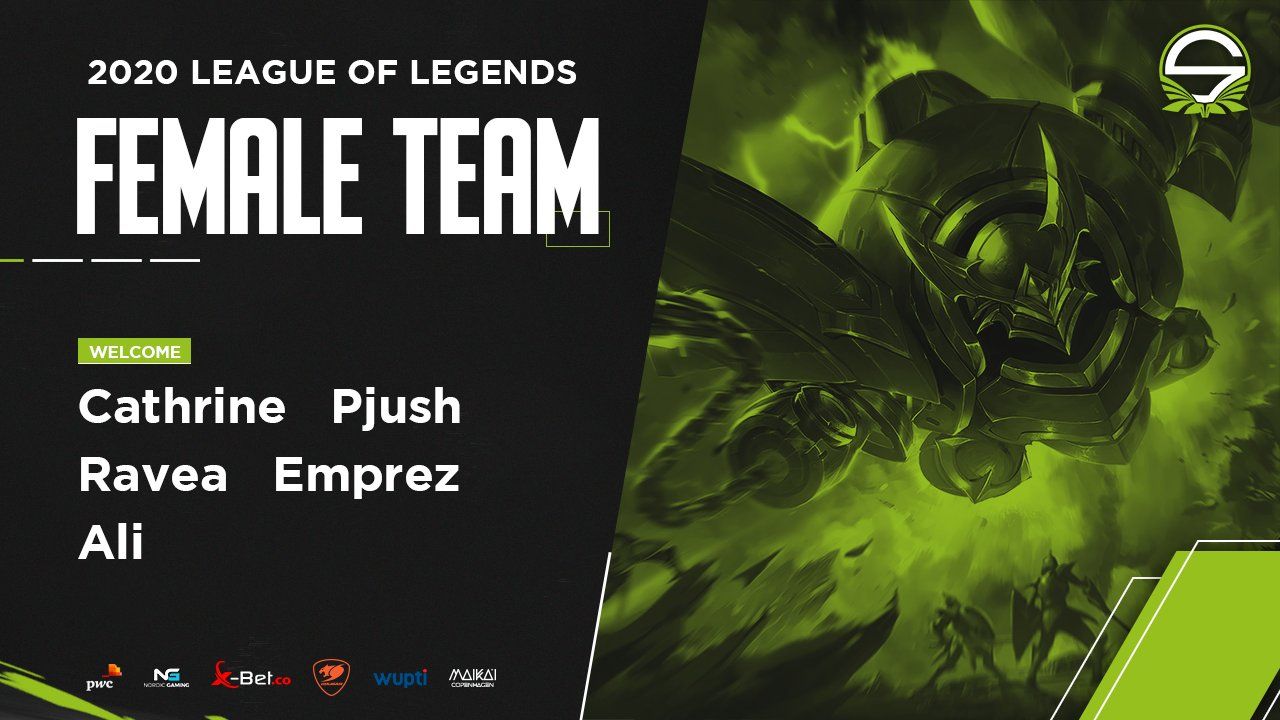 An all-female esports team is a rarity in this day and age, with only quite a few groups being present now. By and large, men still dominate the scene. But with 2020 being a new decade, it’s only right that with it comes more new changes. For Team Singularity, this isn’t the first time they’ve decided to add a female team to their organization.

Team Singularity had an all-female team in the past named Singularity Female, which included the newly-introduced players now, Cathrine, Ida, and Ravea. But in the roster’s activity last year, the team participated in the Women’s Esport League Division 1: Division 1 and placed fourth out of eight teams. With the evident success the team had in their League of Legends competitive run, it took half a year for the ceased team to come back and for natural standards to break, yet again.

This is a major step for equality in the esports scene. We’re getting closer to a more widespread adoption of gender inclusive practices across games.