The congresswoman encouraged viewers to vote by playing Among Us. 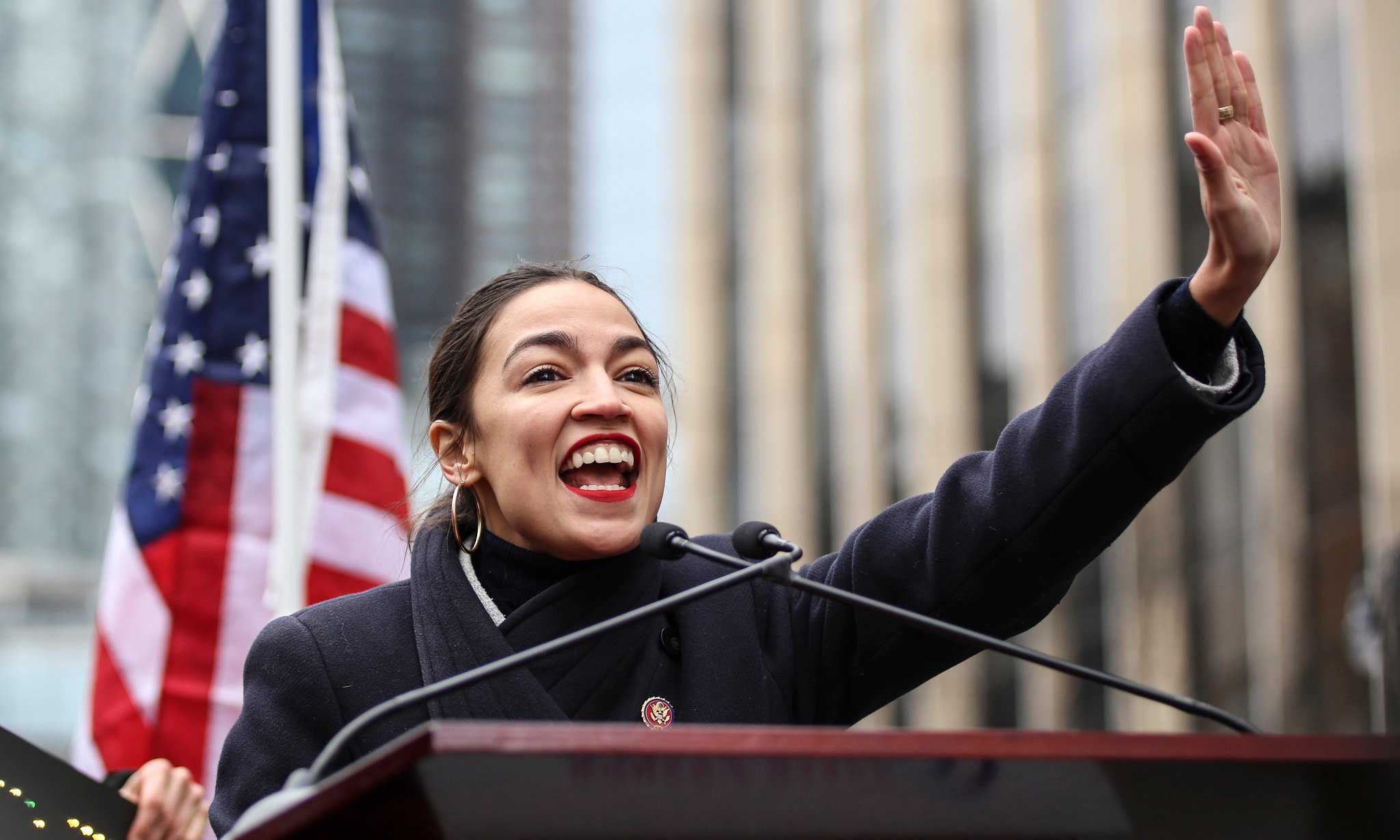 U.S. congresswoman Alexandria Ocasio-Cortez (D-New York) finally did something that other politicians have struggled with for years: She made a connection directly with gamers.

Ocasio-Cortez’s debut Twitch broadcast peaked at 438,688 viewers yesterday, according to statistics and analytics service SullyGnome. This was the third-highest peak for an individual stream behind shroud’s recent return stream (over 500,000) and Ninja’s 2018 Fortnite stream with Drake (628,000).

It all started with an innocent tweet about streaming Among Us to “get out the vote”—and it was genius.

Ocasio-Cortez has a strong social media presence and an abundance of digital literacy. And winning a seat in the 2018 House of Representatives elections, along with fellow “Squad” members Ilhan Omar (D-Minnesota), Ayanna Pressley (D-Massachusetts), and Rashida Tlaib (D-Michigan), marked a historic moment for U.S. politics since they represent progressive women of color under the age of 50.

With the high-stakes 2020 presidential election less than two weeks away, Ocasio-Cortez snagged the opportunity to promote voting through Twitch. But she’s not the first government official to use the Amazon-owned streaming service as a political platform.

Even President Donald Trump broadcasted two of his rallies on Twitch and amassed 143,000 followers. Trump’s channel was eventually temporarily suspended in June for “hateful conduct” based on “comments made on stream,” a company spokesperson told esports journalist Rod “Slasher” Breslau. 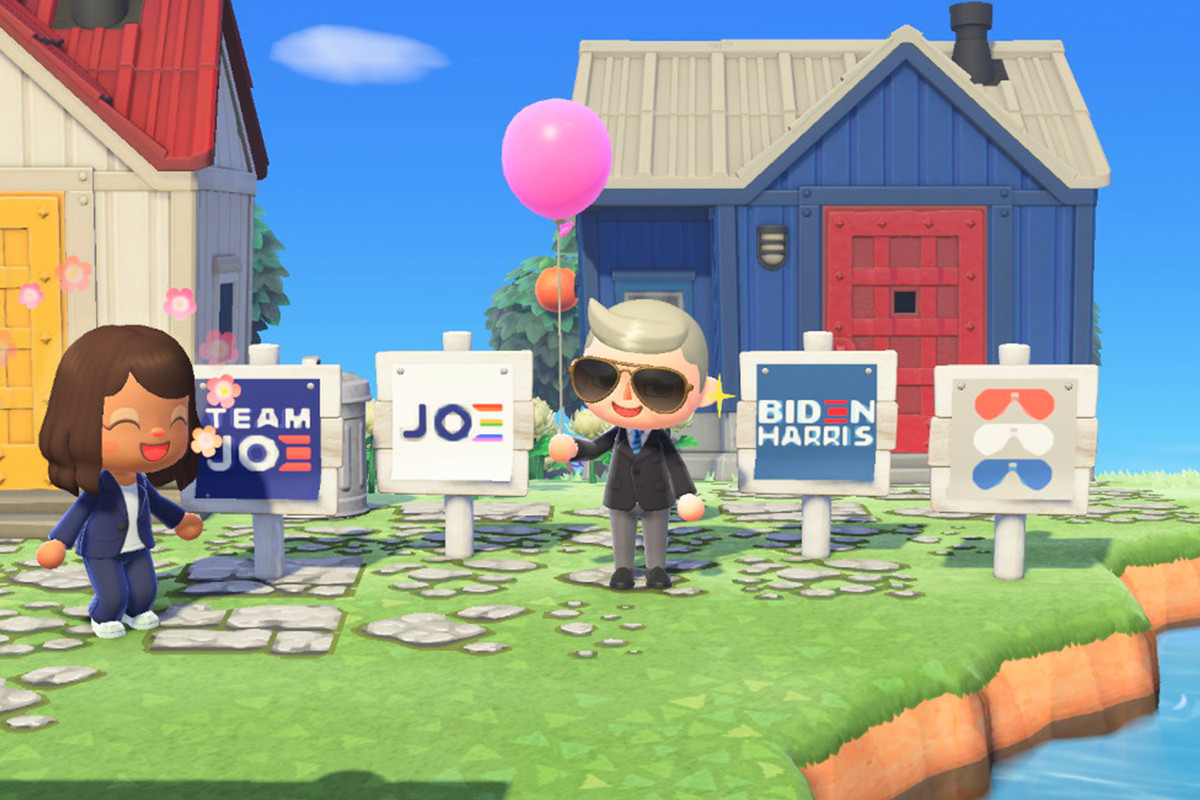 Vice President Joe Biden also bridged the gap between politics and gaming, using Animal Crossing: New Horizons to organize voters and promote his presidential campaign. Starting in September, players were able to decorate their islands with Biden-Harris signs and yard banners, according to The Verge. And the Biden Campaign created an island called “Biden HQ” last week, CNN reports, which encourages players to vote and create a plan.

Despite efforts from other politicians on Twitch, Ocasio-Cortez was by far the most successful on the platform. And the magic formula was simple.

Rather than follow in her predecessors’ footsteps by holding a virtual rally or lecturing constituents, the native New Yorker met viewers in their natural habitat—gaming.

Ocasio-Cortez is already well-known by League of Legends fans as a Silver Three player who mains Sona, Janna, Lux, and Morgana. Pair that with one of 2020’s most popular games, Among Us, and a lobby filled with the scene’s top content creators, and the viewers were sure to come in groves. Even fellow congresswoman Omar took part in the manipulation and deception.

Fans got to see Ocasio-Cortez horribly fail at lying, starting her Among Us career as an Impostor with Canadian streamer Disguised Toast. Fans got to see the congresswoman kill Twitch star Pokimane immediately after saying “I can’t kill Poki, she’s so nice.” And fans got to see the New Yorker startle and gasp whenever an emergency meeting was called.

The viewer count quickly skyrocketed, averaging over 330,000 concurrent viewers over the three and a half hour stream. Ocasio-Cortez accrued over 600,000 Twitch followers in two days. And it’s all because she delivered content that was native to the platform and relatable to viewers.

Despite all the antics from the stream, Ocasio-Cortez still wanted to get a message across. She began her broadcast by asking viewers to visit Iwillvote.com to create a voting plan. The congresswoman also made it clear that “we are here to vote Blue,” alluding to Democratic candidates Biden and Kamala Harris.

This call to vote is especially impactful considering who her audience likely was. A large part of the gaming demographic is between the ages of 18 and 34, but that same group is less likely to turn their ballots in. Only 52 percent of registered voters between those ages say they are “extremely motivated to vote” in the 2020 election, according to the Pew Research Center. This is far lower than the 65 percent in the 35 to 49 range, the 74 percent in the 50 to 64 range, and the 80 percent in the 65 and up range.

If Ocasio-Cortez’s purpose was to inspire voters to hit the polls, her colossal viewer count may hint at her triumph. And if she got to virtually murder a few content creators along the way, well, that’s just a bonus.

Relationships With Your Partner During Pregnancy. Yes? No?