We knew about the new Apex Legends Arena mode coming in the new Legacy season, but now we have new details and gameplay.

It looks like Apex Legends is about to get an entirely new gaming experience as it brings team vs team gameplay to the game. Similar to what we’d see in CS:GO, Valorant, and Rogue Company, Apex Legends is going to add a round-based game mode with 3v3 teams.

The mode will start with a buy phase, something we’re used to in games like those mentioned above. Players will have a series of weapons, upgrades to those weapons and equipment to purchase before the start of each new round. 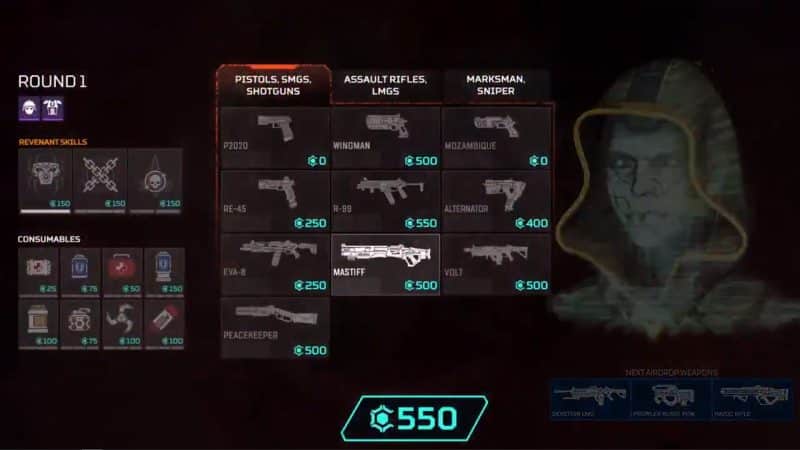 You’ll use credits that you’ll earn during each round to buy these upgrades. Teammates can be revived, though no one can be respawned during a round. The map will also be littered with supplies and ammo, alongside one high-value drop. Each series is best-of-five, with sudden death being used in case of a 4-4 draw.

The new trailer, linked above, also shows us our first real gameplay of new legend, Valkyrie. In a week in which Apex legends developers admitted Valkyrie might be overpowered at launch, this trailer certainly shows us why. We also get a look at the new composite bow, which will debut in Legacy.

The game mode will feature custom-made maps using the current and old versions of the Apex Legends BR maps. Arena will launch with a number of maps, with more likely to be added down the line.

Apex Legends Legacy launches on May 4, alongside the new legend and game modes. Check back here closer to the launch for more guides and news about the upcoming season.

For those looking to take their Apex Legends gaming on the go, Apex is coming to mobile very soon. Showcases late last week, the new mobile release goes into beta soon, with more players ended throughout 2021. You can check out more details about Apex Legends Mobile in our post here.