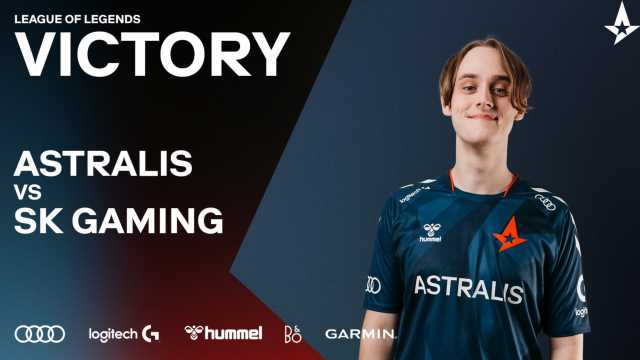 Astralis ended SK Gaming’s playoff hopes with a decisive win earlier today. Astralis has been out of the playoff race for over a week and can only earn a better Summer Split placement by winning. They can, however, add more chaos to a crowded Spring Split playoff race.

The squad locked in a 31 minute victory off the back of the teams bot lane. The former Mousesports duo Jesper “Jeskla” Klarin Strömberg and Hampus Mikael “promisq” Abrahamsson ended the game with a 11/2/4 and 0/0/11 score line, respectively.

A methodical win for Astralis

The draft for Astralis was very standard for the team. Jeskla, Promisq and Nikolay “Zanzarah” Akatov played some of their most picked champions. The only surprise in champion select was Carl Felix “MagiFelix” Boström on Sylas, a champion he hasn’t played for the entire split.

The game started very slow with no deaths until after the 15 minute mark. SK took an early lead off the back of two Rift Heralds and tower gold. At the peak of SK’s lead, Astralis was staring down a deficit of over 4,000 gold. But, Astralis had been stacking dragons while SK was taking down towers. Eventually Jeskla’s lead, and the dragon advantage, was too much for SK and the rookie team fell apart as Astralis took dragon soul and started winning team fights.

“It was a pretty good game from us I would say,” Promisq said on Twitter. “It was a slow and steady, but we didn’t make any mistakes or get stressed out,”

At this point in the season, Astralis is looking to build synergy with its new mid laner while preparing for the Summer Split. The team believes that it should be fighting for a mid table spot with the likes of SK. Astralis doesn’t think its current 9th place spot is indicative of the the team’s talent.

“It was a good sign for what is to come in the future for Summer Split that we can stay calm and create good fights and take wins that way,” Promisq said.

The team is currently 2-0 in the final super week of the LEC season and are looking to add another win against MAD Lions on March 14.