Following their announcement from yesterday, the Chicago Huntsmen revealed their first substitute for 2020. Though their roster is one of the best in the Call of Duty League, the Huntsmen were one of only a few teams to not have any substitutes. That, of course, changed with the revelation that Jordan “General” General will be joining the roster. Now, with a Search and Destroy Analyst in John “x2Pac_ThuGLorD” Hartley, all that’s left for Chicago to announce for their CDL 2020 season is a head coach and maybe one other substitute. Those positions should be filled by the start of the new year.

Chicago adds General to their roster

Though it’s unlikely any member on the Huntsmen will need subbing out, it’s nice to have a second layer of security. General, as of right now, is widely considered one of the best substitutes in the CDL. His success over the past few years paired with his leadership made him a hot commodity.

General and his family own the esports organization Enigma 6, for which he has competed in the CWL since Call of Duty: Infinite Warfare. While General has been around since 2015, Enigma 6 is one of only three esports teams he’s competed on.

Meet the best 6th man in the league @JordonGeneral 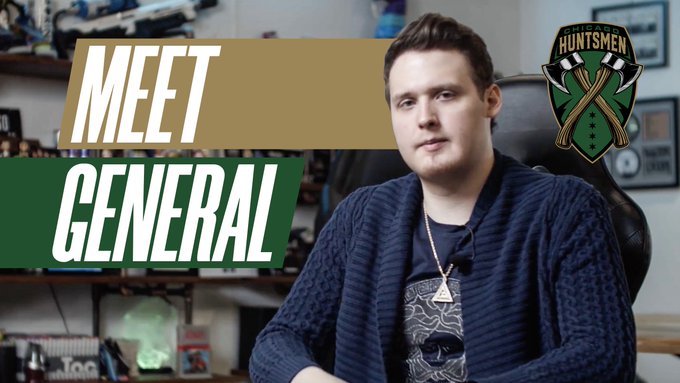 This use may include analytics, personalization, and ads.

The 21-year old first started to make some noise in Call of Duty during the Infinite Warfare season. Enigma 6 seemingly came out of nowhere at CWL Las Vegas 2017, defeating OpTic Gaming for their first signature win. Since then, General and Enigma 6 have had consistent placements, normally in the top ten.

It’s unclear if General will be simply a backup for the Chicago Huntsmen or if he’ll serve a more prominent role. As aforementioned, he’s one of the most high-profile substitutes in the CDL. Regardless, it won’t be difficult for the Huntsmen to find a spot to make use of the talented player.

Want more coverage of Call of Duty and the CDL? Keep up with all of the latest moves and updates right here on Daily Esports.