This isn’t your average Academy team.

Welcome a juggernaut in the jungle, @Akaadian, to DIG 2020. 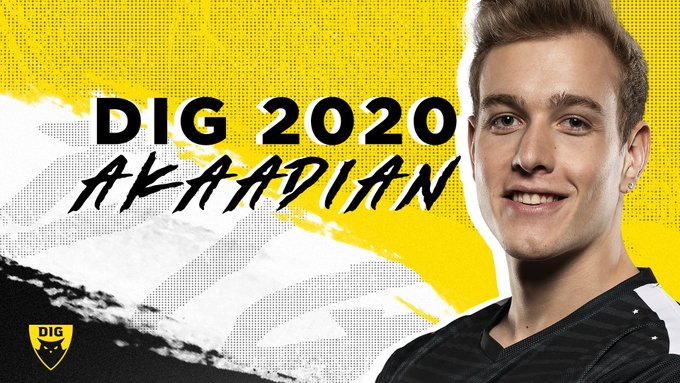 Akaadian started competing in 2014 on Challenger Series teams like everFrag, Zenith Esports, Legendary, Winterfox, Top Dog Gaming, and Team Liquid Academy. With the start of the North American League of Legends Championship Series (LCS), he joined Echo Fox for the 2017 season. The jungler didn’t get his first upper half bracket placement until joining Team SoloMid from a previous position on OpTic Gaming.

During his first split with the new team, Team SoloMid finished in 3rd during the 2019 LCS Spring Split, 2nd in Spring Split Playoffs, and 2nd at Rift Rivals. It seemed like everything was going great for him with the team’s improvement on performance. However, the organization decided to replace him with Jonathan “Grig” Armao as the starting jungler during the Summer Split.

With 10 wins and 8 losses, the team finished in 4th during the Summer Split, but it still had a chance at Summer Playoffs. Suddenly, fans were confused when newly promoted Academy player Mingyi “Spica” Lu replaced both Akaadian and Grig on the roster. The team fell to Clutch Gaming in 5 – 6 at Summer Playoffs and repeated the same result with the same opponent at the Regional Finals.