According to a release, Vision Strikers’ brand is expected to merge with DRX in the near future. Moreover, DRX will now operate teams in League of Legends, VALORANT, WarCraft 3 and Tekken. 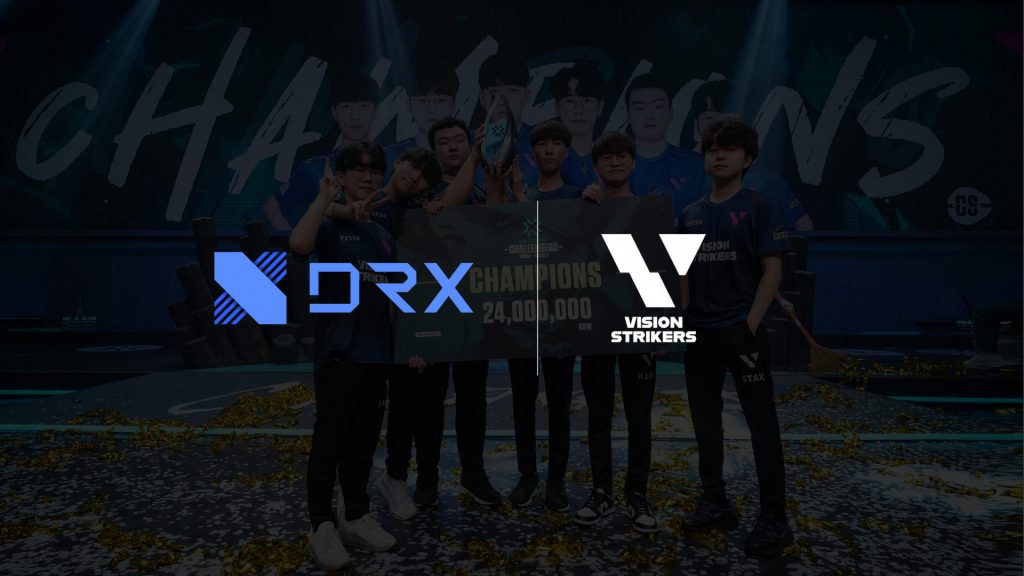 Founded in 2020, Vision Strikers saw success across a number of esports titles such as Tekken and VALORANT.

DRX’s CEO, Sangin Choi stated: “Vision Strikers is a relatively new team that was created in 2020. However, their performance in VALORANT is unparalleled and shows potential, and they show promise with their legendary players: Moon and KNEE. Sharing the notion of ‘enjoying the challenge’ we are excited to work together heading forward, and will support our new teams fully to help them perform at the highest level.”

DRX is one of the franchise teams for the LCK, Riot Games’ top-tier Korean League of Legends competition. The organisation also has competed in two mobile esports titles in the past: Clash Royale and Honor of Kings.

Vision Strikers CEO, Can Yang also stated, “DRX is a prominent esports organization that has a long and respected history. We are honoured to join such an organisation and move forward together. To all of our fans who supported the Vision Strikers brand, I thank you personally wholeheartedly.”

Esports Insider says: DRX has acquired a world-class VALORANT roster, as well as esports legends Moon and KNEE in one swift motion. Combine that with its League of Legends roster, and DRX has the potential to become one of the major figures in Korean esports in the future.