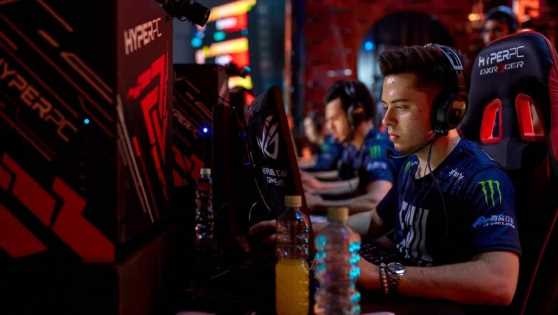 100 Thieves debuted their newest addition to the roster, Ethan “Ethan” Arnold, during the opening matches of the third closed qualifier at Valorant Champions Tour. They were unable to defeat NRG Esports but managed to scrape out a win over T1 thanks to Ethan’s performance.

100 Thieves’ first matchup was against NRG Esports who recently changed around their roster to include Bradley “ANDROID” Fodor. The first map, Haven, in the best-of-three series went the distance in quadruple overtime. Ethan was struggling to get things started in his first map but was able to catch up and go 22/24/4 overall. He just barely out-fragged young superstar Peter “Asuna” Mazuryk who went 21/26/10. Ethan continued to stay consistent along with his teammates on Bind and Ascent despite the losses and went 40/59/12 overall.

Ethan recently retired from professional Counter-Strike: Global Offensive to pursue a career in Valorant. 100 Thieves announced Ethan days before the third Valorant Champions Tour closed qualifier. That meant that they wouldn’t have much time to work out their issues before the tournament. If 100 Thieves fail to make their way through the closed qualifier, they will not perform at Masters.

With the loss to NRG Esports, 100 Thieves fell to the lower bracket to face off against T1. T1 has been struggling to find their footing recently and made several roster changes. Ethan had a much better performance in the first map against T1 on Haven again, this time going 16/13/12. He was even able to out-frag long-time member Nick “Nitr0” Cannella who was unable to find his rhyme and went 7/13/12.

Despite the loss on Haven, T1 clapped back against 100 Thieves on Icebox in a quick 13-1 scoreline. None of the 100 Thieves members were able to be positive with an average KD difference of negative ten. Ethan brought his team together on Ascent to close the series out, earning the Match MVP title with a 19/13/4 KD.

100 Thieves are currently still on the path to Valorant Champions Tour: Masters with Ethan now on the roster. However, Ethan lacks the ability to clutch intense situations like some of his teammates. Team captain Hiko was able to save the team several times with his 1v1 and clutch plays. To stay alive in the tournament, 100 Thieves will have to beat TSM in the lower bracket.