On March 26th, Fnatic and SK Gaming faced off in the first matchup of the 2021 LEC Spring Playoffs.

But the game itself wasn’t the most important part of that day. The series marked the first time players were in the studio in almost a year due to COVID-19. It was a big step forward in the league’s slow reopening process, and Maximilian Schmidt, Head of League of Legends Esports in Europe and MENA, said it was no easy task. 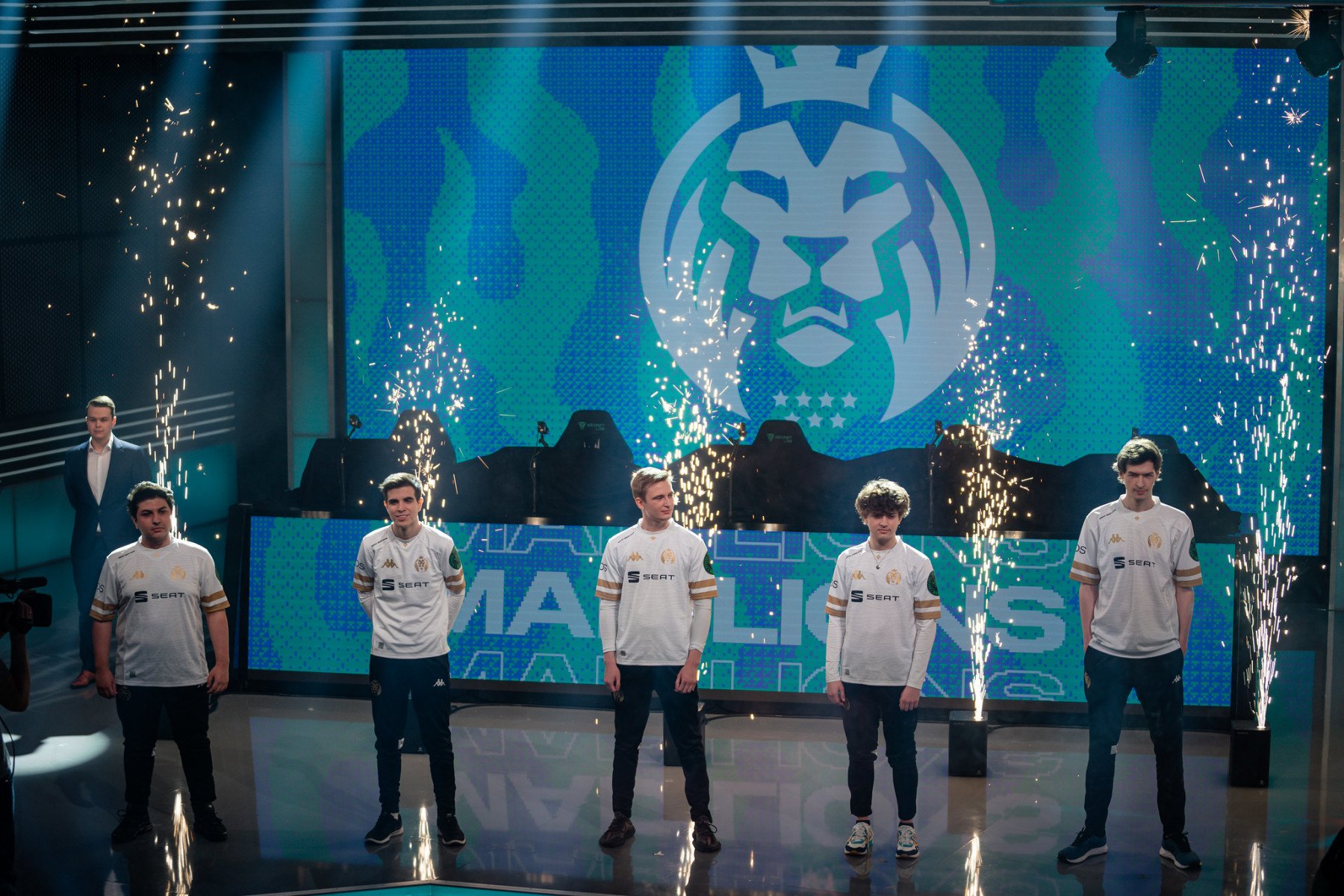 “I think everybody was incredibly exhilarated seeing players back at the studio,” Schmidt said. “Obviously, it was a challenge to transition this process. I’m incredibly proud of the professionalism that our partners and everybody working for them, including the players and the coaches and American staff, have exhibited because we had very rigorous regulations in order to keep everybody safe and healthy.”

For fans it was one step closer to the good days, before COVID-19 stopped nearly all live events. For the people working in the LEC, it was a chance to see the new faces of the league take over on the stage just a few feet away from them.

Daniel Drakos, play-by-play caster for the LEC, fits into both of those groups.

“It feels more serious, it feels more grandiose, the stakes feel higher,” Drakos said. “And that’s not just because it was Playoffs. We’ve played regular-season games with people on stage. I just feel like it is more intense if you play regular-season games on stage and then also in front of a crowd. It’s just so intense comparatively, and I think the closer and closer we get to that the more excited I am.” 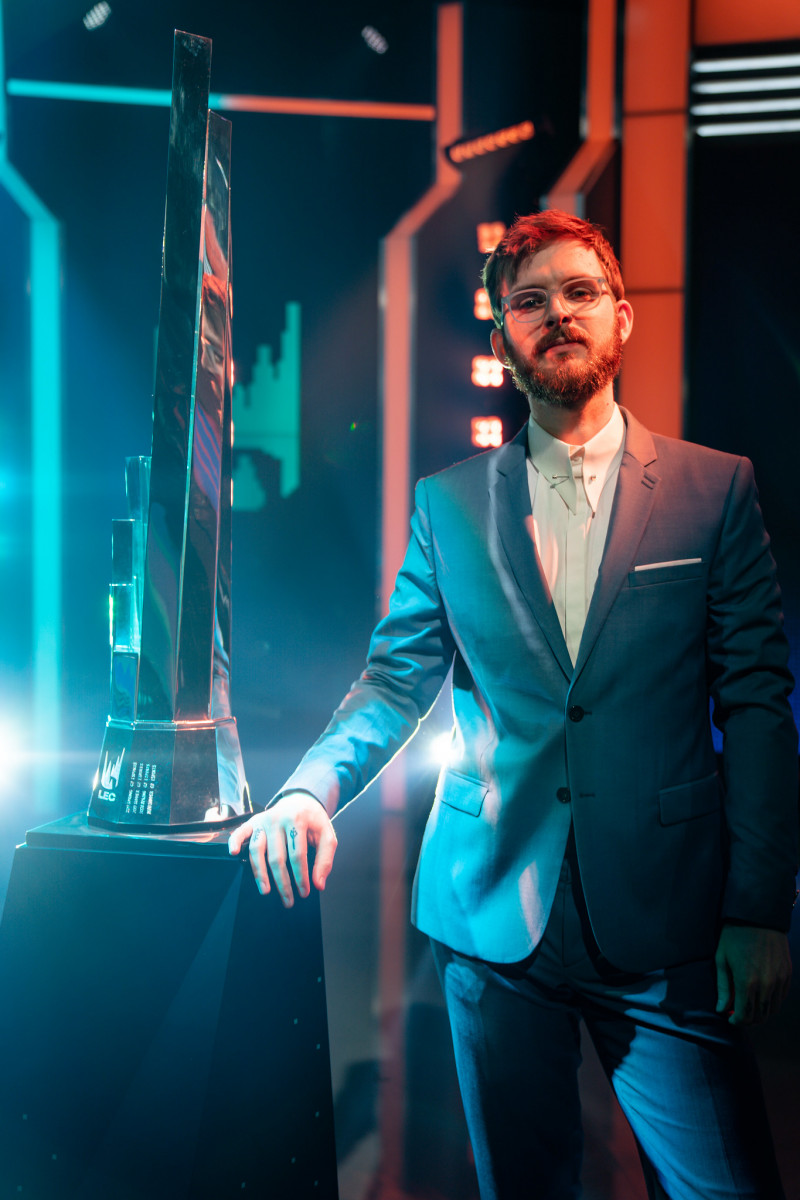 That level of excitement was felt by many fans, as the cham

pionship series between MAD Lions and Rogue peaked at over 830,000 viewers according to Esports Charts, making it the fourth-most-watched game in LEC history, despite neither Fnatic nor G2 Esports reaching the finals for the first time in the league’s history.

“It was interesting seeing the collapse of G2, the change in perception of Rogue over the course of the season,” Drakos said. “… I would say, more than anything, Playoffs were the most interesting, partially because we had the players back in the studio and partially because the results were just so wild like Fnatic dropping out, G2 dropping out.”

But with audiences still barred from the studio, Drakos feels for the people who are missing out on attending these amazing League moments.

“For me, speaking as someone who used to attend these events a lot in my free time as opposed to professionally, I would imagine it’s a massive shift,” Drakos said. “If you had cut out all live League events in 2015 when I went to Worlds, it would have been really sad, really crushing for me. … So to me, esports is a wonderful thing because it could continue during the pandemic, but I think that it is so different to actually being able to experience it live and in person.”

While finding a way to bring fans back soon is a commendable goal to have, Schmidt said that for most people it isn’t necessary to enhance the viewing experience.

“Fans physically attending the event are then the last item on that list,” Schmidt said. “That doesn’t mean we don’t care about the people physically being there. It’s fantastic to have them there. It’s just the most complicated to execute, as well as also affecting the least amount of people at the ultimate end.”

On April 26th, the LCS announced in an email to former LCS attendees that fans will not immediately return to the studio in Los Angeles, California, for the 2021 Summer Split.

Despite no clear path as of now, Schmidt mentioned that lots of planning goes into bringing fans back to League esports — just as there was to bring players back to the studio.

“I think over the course of the last year, forecasting and planning ahead has become one of the most important things to do,” Schmidt said. “And then obviously this transitioned into what else can we do which, as I said, accumulated into actually being able to bring the players back to the studio due to all the research and all the effort that has gone into this from all the teams involved in creating the show.”

With optimism increasing across the European Union as more people get vaccinated and travel restrictions start to loosen, Drakos told Esports Insider he cannot wait to have the full experience when the time comes.

“One of the core things about the LEC, and I think any big league around the world, is being able to have fans there in person to see the things first-hand that I got to see during Playoffs,” Drakos said. “The teams shouting at each other, the teams screaming at each other on stage. You need that, and the audience is as much a part of that as the players are because the energy they bring is just so electric and so crucial.”

As teams and fans are getting in full swing for the Mid-Season Invitational in Reykjavík, Iceland — the first stages of which started on May 6th — no games will feature a live audience, and will instead be aired live on lolesports.com.