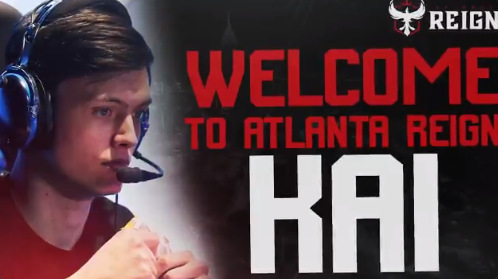 Kai, who changed his name from KSP in January, was a dominant force last season. Several players, including the Philadelphia Fusion’s Philip “ChipSa” Graham, and coaches believe that he should have been nominated for MVP.

“As someone who worked very closely with [Kai] I whole heartedly agree, and whats even crazier is that Valiant got him in the first place,” wrote London Spitfire head coach Justin “reprize“ Hand, who worked with Kai on the Valiant. “We thought we had zero chance of getting him. But then as the weeks went by we realized that somehow [no] one else even wanted him.”

Kai’s career started in European contenders, most notably for Young and Beautiful. His command of hitscan heroes like McCree and Widowmaker helped him create a name for himself. His breakout moment came during a surprise and unexpected run at the 2018 Overwatch World Cup for Great Britain at Blizzcon. The team defied expectations by making it to the semi-finals, even though they lost to Team Canada and finish fourth overall.

Kai was eventually signed by the Los Angeles Valiant after playing for other amateur teams. The Valiant expereince and up-and-down season, ultimately falling to the Washington Justice in the playoffs. The team then released their entire roster and coaching staff, making Kai a free agent in the offseason.

The Atlanta Reign released Hugo “SharP” Sahlberg, another DPS player, earlier this week. This move appears to shore up the Canadian squad’s need for a strong DPS player.