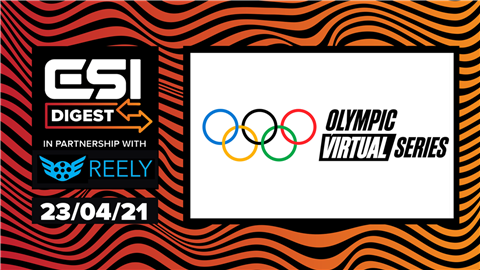 Each week, ESI Digest breaks down the weekly happenings in the esports industry, making sense of things so you don’t have to. As well as being housed on YouTube, ESI Digest is available on all major podcast platforms and is also available in written form below.


This edition of the ESI Digest is in partnership with REELY.

DreamHack Sports Games, MTG’s sports simulation business unit, has been selected to handle OVS’ marketing and production. Some of the titles selected for the event include eBaseball Powerful Pro Baseball 2020, Zwift, Virtual Regatta, and Gran Turismo.

The Premier League has partnered with Tencent Sports, Tencent Gaming, and EA SPORTS to take its sports simulation esports competition, the ePremier League, to China.

Karelis has been appointed to ORDER’s board as a Director as a result of the investment.

Electronic Arts (EA) has announced that Apex Legends will launch a mobile variant, with regional beta tests for the game expected to take place this month.

The game, simply titled Apex Legends Mobile, will feature similar gameplay mechanics to its PC edition but will be adapted for mobile devices. Chad Grenier, Apex Legends’ Game Director, noted in a release that India and the Philippines will be the first markets to take part in the beta tests. The first tests are expected to only include a ‘few thousand’ players in the mentioned markets, with a more global release scheduled over the course of the year.

ESI Digest, in partnership with RocketReel, powered by Reely.ai, is part of the ESI Network, a collection of podcasts encompassing the esports industry. For deep dives into the major areas of esports with subject matter experts, check out ESI Focus. For conversations with key personnel and major stakeholders in esports, ESI Insight is the series for you.