The Unicorns attempted to take potential tournament favorites Top Esports down a peg.

Top Esports vs Unicorns of Love 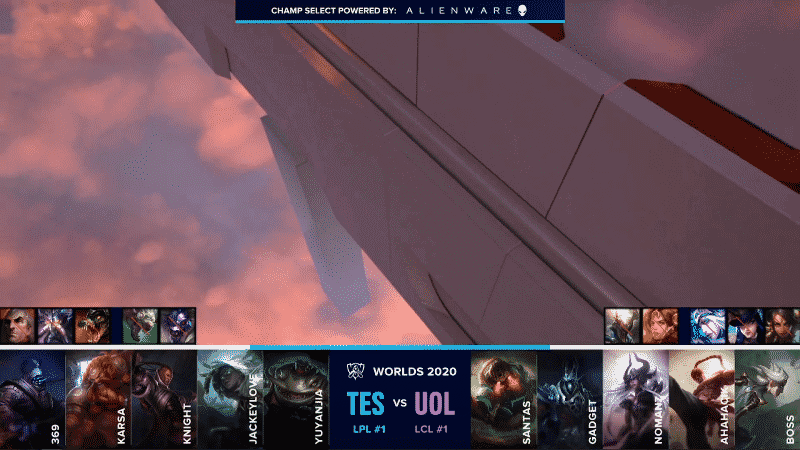 The final match in Group D saw the LPL’s first seed TES face the underdogs of Unicorns of Love (“UOL”). After a dominant Play-ins, UOL hasn’t quite been able to translate the success into Group Stage and a victory against TES would certainly be a way to do it. TES on the other hand was looking to sweep UOL aside to secure top spot in the group after just three games. UOL is able to pick up the First Blood, with Lee Sin ganking top lane for UOL and secure a big start. It doesn’t last long, however, as TES struck back with vital plays across the map to secure a lead.

TES show no love for the Unicorns

TES continued to build on the early lead by ganking the UOL top lane tower. They picked up two kills and dropped down the Rift Herald as TES moved 3k ahead. Honestly, they outplayed UOL all over the map. It goes from bad to worse for UOL and 369 is able to pick up even more kills while TES picked up a tier two turret with their lead ballooning to over 5k. UOL attempted to keep their game alive but TES Ace them as the true scope of the game in the gold lead is laid onto the table. TES took an uncontested Baron onto all five members as they looked to play to the Baron win condition.

TES secured an uncontested second Baron as they picked up a kill on the back end of the play and pushed down the mid lane. UOL was simply unable to contest with the LPL team who was too good for the CIS side. As a result, TES took a comfortable 3-0 record in the first round-robin of the Group Stage.