As a result, the two parties will collaborate on a content series highlighting stories of the organisation’s players. 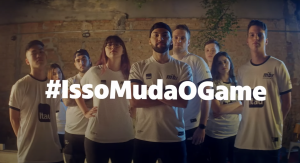 The release states that the deal will involve MIBR’s male, female, and academy CS:GO rosters along with its Rainbow Six: Siege team. The content series is also said to include supporters of the organisation.

Robson Harada, Head of Growth and Marketing at Itaú Unibanco, commented on the collaboration: “Our partnership with MIBR goes far beyond pure marketing sponsorship. Being side by side with one of the icons of the segment in Brazil and in the world is a great honour and complements our Platform, which now supports one of the most competitive and traditional scenarios in esports.

“We’re together to talk about people – athletes and fans – the passion the surrounds the entire CS ecosystem and how esports is capable of changing lives. Our manifesto is a good example of this: we co-create to translate the heart and soul of the team and we have much more to come”.

Itaú Unibanco becomes the sixth partner of the organisation, joining the likes of online bookmaker Betway and booking service HotelPlanner on its roster. This particular deal isn’t the first instance of the company getting involved in esports. In May, Itaú Bank inked a deal with Brazilian organisation LOUD.

Esports Insider says: Considering IGC’s Gamers Club inked a deal with Itaú Unibanco a few days prior, it’s no surprise to see MIBR join forces with the company. It will be interesting to see how this particular deal differs from partnerships of a similar nature.