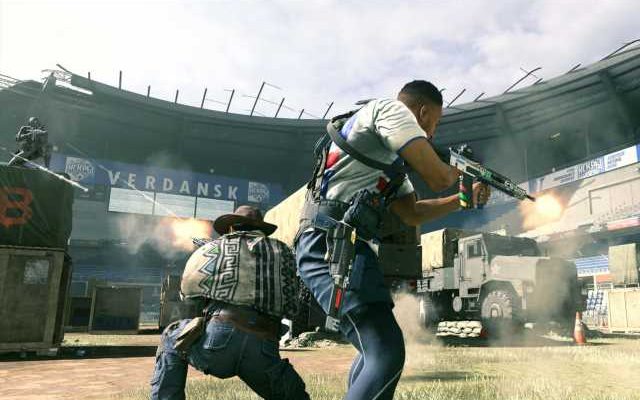 Disclaimer: This story has been updated with a statement from FaZe Clan about Meyers Leonard’s anti-Semitic slur.

Meyers Leonard, a power forward for the Miami Heat, said an anti-Semitic slur while streaming of Call of Duty: Warzone today. The former Illinois basketball player and FaZe Clan content creator is an avid Call of Duty fan and streams the game often.

Leonard paused just before uttering the anti-Semitic slur, as if to consider the right words for the situation, and then settled on that word. After that, he resumed normal gameplay.

The 29-year old has been invested in FaZe Clan since June 2019, Leonard has not released a statement regarding his offensive comments. Daily Esports did not receive a response to a request for a comment from FaZe by the time of publication, but FaZe did release one on Twitter.

“We were incredibly disappointed to hear Meyers’ stream today,” the statement reads. “FaZe does not tolerate hate speech or discriminatory language of any kind. While Meyers is not a member of FaZe, we are cutting ties with him.”

Both the general gaming and basketball community have taken note of the moment across Twitter. Many are also pointing toward his behavior during the Black Lives Matter movement from this past summer and his stance on kneeling during the National Anthem at league games. Additionally, custom controller company Scuf Gaming and custom PC company Origin PC announced they would terminate their relationships with Meyer.

The Anti-Defamation League, an anti-hate organization founded in 1913 to combat antisemitism and ensure justice for the Jewish people, also weighed in online. According to their tweet, the organization urged all involved parties to apologize for the incident.

According to NBA insider Shams Charania, the league is looking into Leonard’s usage of the anti-Semitic slur and proactively stated their condemnation of all hate speech. As of publication, no specific punishment has been handed down to Meyer.