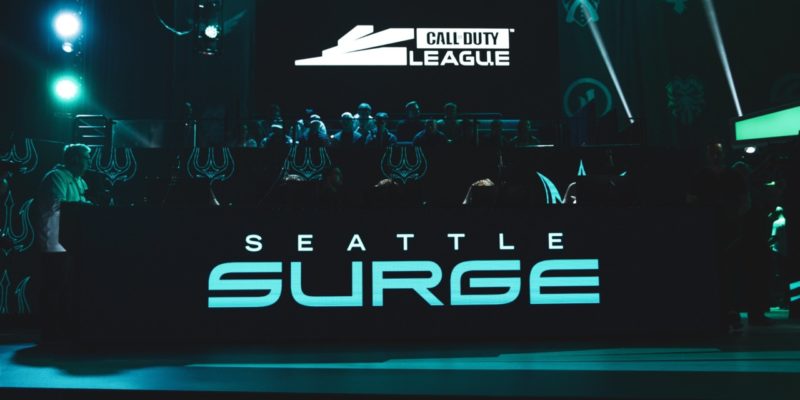 Seattle Surge force a three-way tie for first place in Pool B after its decisive victory over Paris Legion.

Paris Legion had shown glimpses of greatness against teams in the past but was no match for the rising Seattle Surge. Since dipping out of the Stage 1 Major in the first match of the Lower Bracket, Seattle has improved exponentially.

The team opened Stage 2 with a 3-1 victory over the Florida Mutineers before forcing Dallas Empire to a game five. Now, the Surge have swept Paris Legion after back-to-back nearly perfect maps. Moscow Hardpoint opened the series which went in favor of Seattle for the first part before Paris began to bring it back. After an impressive performance from Peirce “Gunless” Hillman, Seattle pulled through 250-197.

Miami Search and Destroy would determine the fate of the series going forward for both teams. Outside of a one-map loss in round four, Seattle was able to flawlessly demolish Paris in 6-1 fashion. With its win over Paris in Search and Destroy, Seattle took advantage in the series and would need one more map to win. Garrison Control would be the potential last map of the series. Paris had only played Garrison Control once and lost on it while Seattle’s only win had been against Dallas Empire last weekend. However, another insane performance from Gunless pushed Seattle over the edge. They were able to defeat Paris 3-0 in Control and the series for the win.

OpTic Chicago has looked shaky in this weekend’s matches against Minnesota Rokkr and Florida Mutineers. Both teams were able to sweep OpTic in dominant fashion, putting OpTic at 1-2 overall in Pool B. Optic have yet to face Dallas Empire and Seattle which could potentially knock the team down to 1-4. Seattle and Dallas have both looked like the better teams in Pool B, especially with Seattle taking Dallas to a game five.

Gunless has been an unstoppable force on the map in the last three matches. Against Florida, he had an overall KD of 1.07, a .97 KD against Dallas, and 1.5 KD against Paris. Preston “Prestinni” Sanderson and Daniel “Loony’ Lorza have also improved in their stats which has helped Seattle in recent matches.