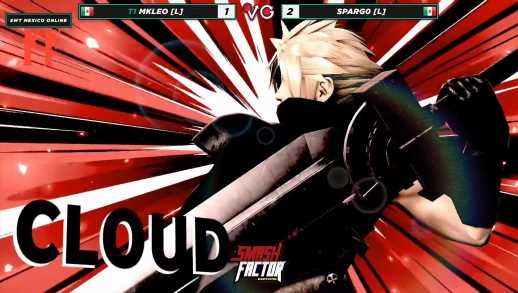 The Smash World Tour officially started this weekend with the SWT Mexico Ultimate Online Qualifier, where Edgar “Sparg0” Valdez claimed first place. Here are some of the other big takeaways from the circuit’s premiere event.

Mexico’s finest live up to the hype

The Smash World Tour began in one of the world’s most stacked regions, Mexico. The country boasts three top 10 players on the Wi-Fi Warrior Rank v6: Sparg0 (No. 1), Enrique “Maister” Hernández Solís (No. 2) and Leonardo “MkLeo” Lopez Perez (No. 6). In addition, Santiago “Chag” Perez finished just outside of the top 10 at No. 11 in the rankings.

Despite the inconsistencies that can come with online Super Smash Bros. Ultimate, all four of these players met expectations, as they made up the top four at the SWT Mexico Ultimate Online Qualifier. Unsurprisingly, Sparg0 won the whole thing. In the process, he won five-game sets against Maister, MkLeo and Chag.

Notably, Chag avoided being upset despite recent nerfs to his main character, Palutena. Chag successfully adapted his playstyle to deal with the nerfs to Palutena’s grab, forward-air and dash attack. As a result, he earned victories over Javier “Leaf” Reyes, Alan Gabriel Bonilla Gutiérrez and Diego “Nair^” Sánchez.

MkLeo can still beat Maister with a new character

Even as Maister rose up the ranks during the second season of Ultimate’s lifespan, MkLeo was always a thorn in his side. Before the pandemic, MkLeo held a commanding 9-0 record against Maister. While Maister has fared better in online competition, MkLeo still leads the way with a 6-3 record since the pandemic began.

MkLeo has proven to be such a bracket demon for Maister that, at least in the past, it seemed like it didn’t really matter what character MkLeo played. No set better personified this than the Frostbite 2020 grand finals. Maister was in the midst of the best run of his life, having beaten Samuel “Dabuz” Buzby and Gavin “Tweek” Dempsey previously. Yet, he seemed helpless against MkLeo. After winning five straight games against Maister, MkLeo finished the last game with Byleth, a DLC character released a little over a month earlier.

Now, let’s fast forward to the SWT Mexico Ultimate Online Qualifier. MkLeo spent most of the tournament playing Pyra and Mythra, another set of recently released DLC characters. But just like at Frostbite, Maister was no match for MkLeo’s new swordfighter. MkLeo defeated Maister 3-0, including a three stock in game one. Ultimately, MkLeo finished the tournament (and perhaps his online career) in second place.

MkLeo used Pyra and Mythra to great success at the SWT Mexico Ultimate Online Qualifier, despite having relatively little time to try out the new characters. In addition to beating Maister, MkLeo used the characters to defeat Jose “Rinku” Lopez 3-2 and Sparg0 3-0.

MkLeo relied on Pyra more so than Mythra throughout his tournament run. He made use of Pyra’s strong hits to rack up most of his damage, only switching to Mythra when he absolutely needed her quicker movement.

Conversely, Rodrigo “Cloudy” Arias played Pyra and Mythra in a more traditional way at the SWT Mexico Ultimate Online Qualifier. He spent most of his games racking up damage with the speedy Mythra. Usually, Cloudy would only switch to Pyra if he had a ledgetrap opportunity or if he needed to land a strong hit to kill.

Despite his different playstyle, Cloudy still used Pyra and Mythra successfully to qualify for the Regional Finals. Cloudy qualified by reaching the grand finals of the Last Chance Qualifier, where he lost to Andrik González.

So, the following players have qualified for the in-person Central America Ultimate Regional Finals, which will take place August 21-22:

The next Smash World Tour event is the Oceania Ultimate Online Qualifier. That one will go ahead next weekend, from March 19 through March 21.