PUBG Mobile has a plethora of weapons to offer. The developers have categorized the guns depending on functionality and usage in the game. Sniper rifles can take long range engagements while SMGs can burst enemy players down at short range. With so many weapons in PUBG Mobile’s arsenal, it might get confusing for players which are the best ones to carry around. The list in this article includes the best spawn weapon from each category except shotguns.

The M416 is one of the most popular assault rifles in the game. Offering damage of 40 with each bullet, it might not have the highest hit damage but it is a very well-rounded weapon. The M416 has a high fire rate, taking only 0.086s between each bullet. It uses 5.56m ammo and has a magazine size of 30 bullets.

The M416 shines with use of proper attachments. The gun offers incredible balance and reliability in most situations of the game. Some of the most commonly used attachments for this gun include Extended QuickDraw Magazine, Compensator, 2x-4x scope, Angled or Vertical Foregrip and Tactical Stock.

The Karabiner 98 Kurz also known as Kar98k is a popular choice for sniper rifles in PUBG Mobile. It offers 79 hit damage, which is greater than any other spawn snipers in the game. The Kar98k knocks players wearing level 2 or below helmets. It does immense damage to players with level 3 helmets. The sniper uses 7.62mm ammo type and has a magazine size of 5 bullets.

Some of most popular attachments for Kar98k are Compensator, 8x Scope and Cheek Pad for lowering the recoil and weapon shake.

The UPM45 is a Submachine Gun used for short range combats in PUBG Mobile. With a hit damage of 41, the UMP45 does the highest damage of any SMG in the game. It uses .45 ACP ammo and has a 25 bullet magazine size. The UMP45 is very stable compared to other SMGs in the game. Although it is great for close range combats, the weapon can tackle medium to long range fights if the situation demands. It also offers a very high fire rate, spending just 0.09s between each shot.

Like most other weapons, the UMP is attachment dependent. Common attachments include, Extended QuickDraw Mag, Flash Hider/ Suppressor, 2x-6x scope and Angled Foregrip.

The SKS is a Designated Marksman Rifle or DMR which deals 53 hit damage with each shot. Although not as effective as a sniper, SKS is well capable of dropping players from long distances. The gun uses 7.62mm ammo and has a magazine size of 10 bullets.

SKS wouldn’t be as strong without proper attachments, some of which include, 8x Scope, Compensator, Quickdraw Extended Mag, Vertical Foregrip and Cheek Pad.

The Light Machine Gun category doesn’t offer many weapons in PUBG Mobile. With very few spawn LMGs in the game, DP-28 is the undisputed king. It offers 51 hit damage and employs 7.62mm ammo type. The gun has a large magazine size of 47 bullets, which helps in managing over extended gun fights.

The DP-28 has a slow fire rate of 0.109s between each shot, but it has very low recoil aiding in landing most bullets on target. With only scope attachment available for the weapon, it is wise to use the 6x scope for both medium to long range engagements. 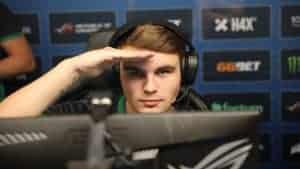 Eight teams remain after a series of upsets on Day One, including Fnatic as one 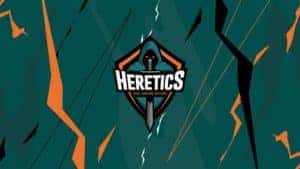 Epic addresses a controversial rule that has led to many bans in the competitive scene.