Call of Duty: Warzone has been a smash hit in the FPS scene. However, like any FPS, it has had its fair share of balance issues and overpowered weapons. Recently, dual-wielding Renetti pistols and the RPG have received both community complaints and a promised nerf from Infinity Ward. However, with the dust settled after the May 19 update, it appears as though the alleged nerf to the RPG may have instead been a buff.

This is a modal window.

Beginning of dialog window. Escape will cancel and close the window.

Community members realized quickly that while Infinity Ward promised to reduce the kill radius of the RPG, it came with a catch. The RPG’s explosion now has 3 ranges of damage when it’s not a direct hit. Each of these depends on how far the player being damaged is from the point of impact.

The first radius was shrunk by 1 meter, so dodging the rocket became easier. However, now the RPG’s explosion falls off drastically. The new and improved missile deals 250 damage to a player within 2.5 meters, 75 to one within 3 meters, and a mere 50 to an opponent up to 6 meters away.

This Call of Duty: Warzone mechanic was changed from its initial scaling damage from 135-50, which evenly decreased its damage as the player got further away from the center of the explosion. The initial radius of the blast has even increased from 5.5 to 6 meters, according to analytical Call of Duty content creator TheXclusiveAce, who broke down the latest update in his patch coverage. 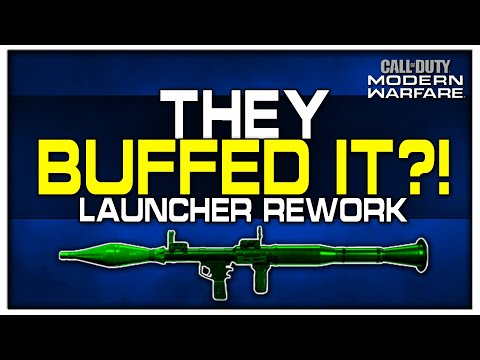 As a result, players beyond 2.5 meters now take substantially less damage, but near-direct hits are more lethal. Now, 250 damage is enough to kill an opponent who has full health and armor plates. This means that players who can accurately tag opponents with the initial blast can be guaranteed to drop an opponent.

It’s unclear as of yet whether Infinity Ward believes that this new RPG will need more attention. In the meantime, stay tuned to Daily Esports for the latest Call of Duty: Warzone news.