The Pokémon Company revealed a new mobile game, Pokémon Masters, as the first product of a partnership between itself and mobile game publisher DeNA during a Tuesday night press conference.

The game will bring back favorite Pokémon trainers we’ve battled in the past, like Misty, Lance, and Red, and let trainers battle them on mobile.

The gameplay trailer showed a triple battle happening between trainers, with the player partnering up with Brock and Misty. Notably, it looks like the player’s Pikachu knows two moves with two empty slots to learn more, making this a pretty close-to-original Pokémon mobile game. Between matches, it seems like players will be able to interact with their favorite characters as well. 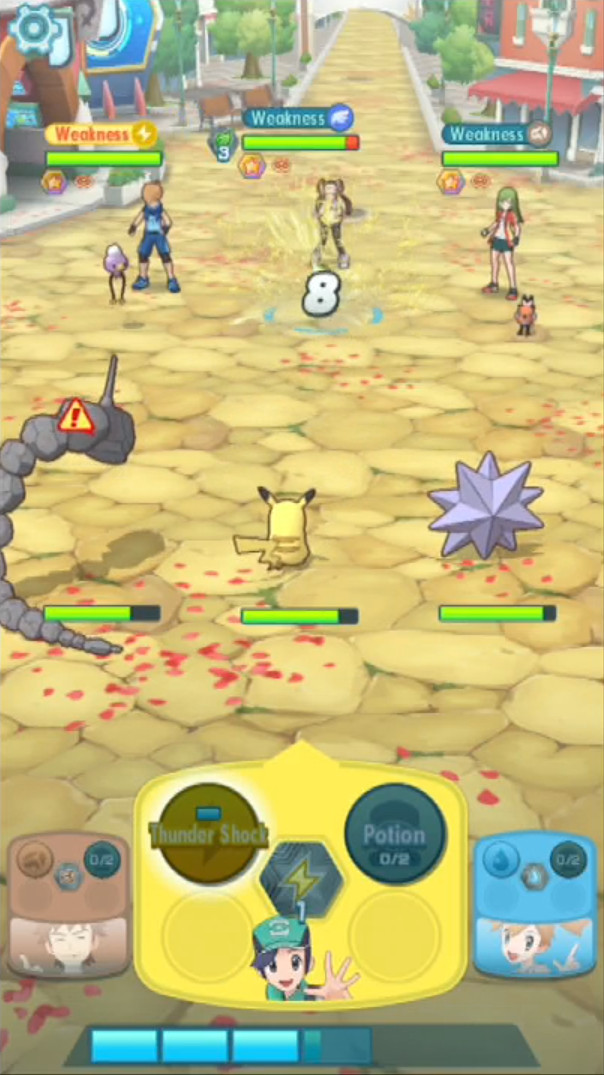 Brock also goes shirtless to do a Z-move, but let’s try not to think about that too much.

There isn’t too much information on the game yet, but more details will come next month, according to the press conference. Pokémon Masters is going to release on the Apple App Store and the Google Play Store in 2019.