Royole was early to the flexible tablet market with its debut of a foldable device ahead of last year’s CES; today it’s showing something arguably even more interesting — Mirage, a high-end smart speaker with an 8-inch AMOLED screen, camera, and full Amazon Alexa interface built in.

Revealed at a CES 2020 press event, Mirage would be an appealing smart speaker even without a tablet-like interface — a black chrome tube with top and bottom ring accents, plus basic controls on its top surface. The 8-inch screen is on its side, and can be used for apps, as a bright and colorful screen for displaying videos, and more; touch controls work on the curved surface much as they would on any regular flat tablet. 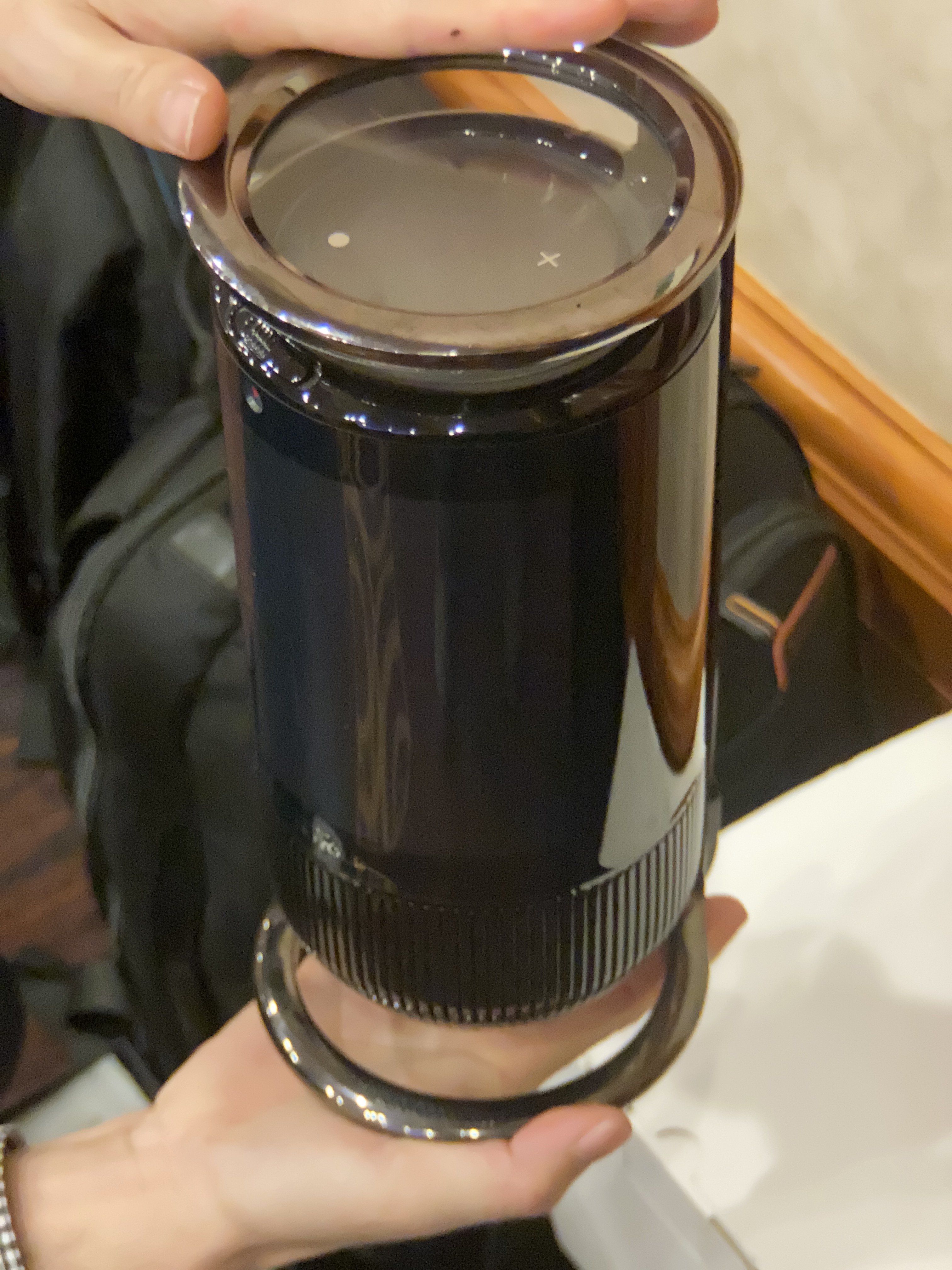 Royole also includes a 5-Megapixel camera, two far-field microphones for Alexa, three full-range speaker drivers, and a passive bass radiator for sound. Since the system’s a single tube designed to be placed vertically, it promises 360-degree audio for music and voice playback, rather than traditional stereo sound.

The company expects to ship Mirage in the second quarter of 2020 for $899. That’s higher than the price of any other smart speaker, but not completely insane considering the integrated display and novelty.