The amount of love, time, and effort that indie developers have put into their games is incredible. Their primary goal isn’t necessarily to make money, but put their passion to work by creating amazing experiences for others to enjoy. Some of the best horror games aren’t always expensive AAA games from huge game developers.

If you want to play horror games that won’t empty your wallet, we have provided the best free-to-play horror games on Steam. These range from pixel RPGs, to point-and-click adventures, to VR rail shooters. You're sure to find an entry in your favorite horror sub-genre. 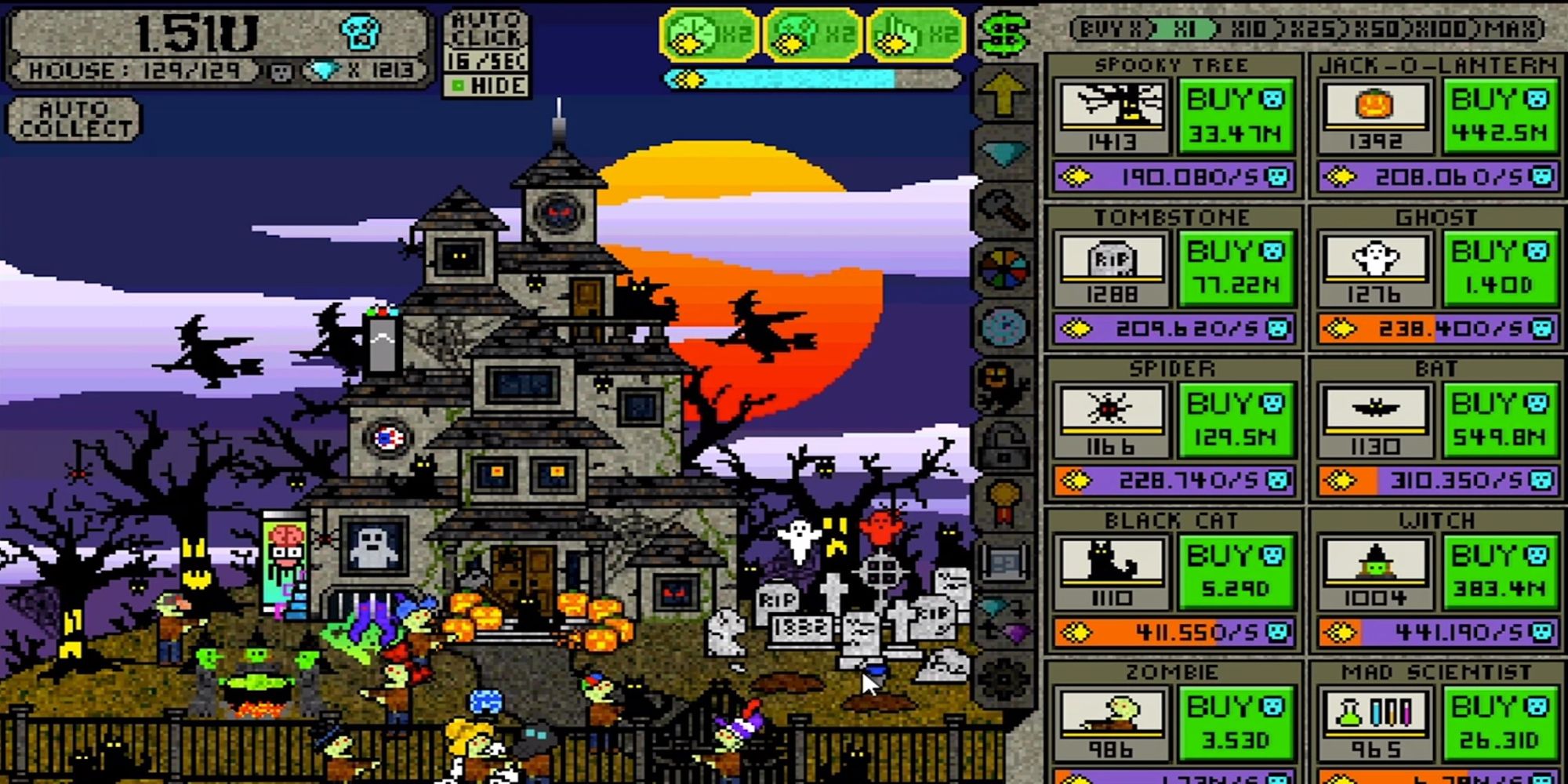 Scream Collector is an idle clicker game with the goal of creating the scariest haunted house possible. You will decorate both the inside and outside your haunted house, to maximize its creep factor. The developers made the game entirely using pixel art, but they added a special touch by animating everything. Bats fly outside, eyes blink from the walls, and everything makes a sound when clicked.

There are four different locations, each with minigames that add extra fun. There are some microtransactions, but they aren't mandatory to progress your game. The developers did an excellent job by adding them only to help support them. 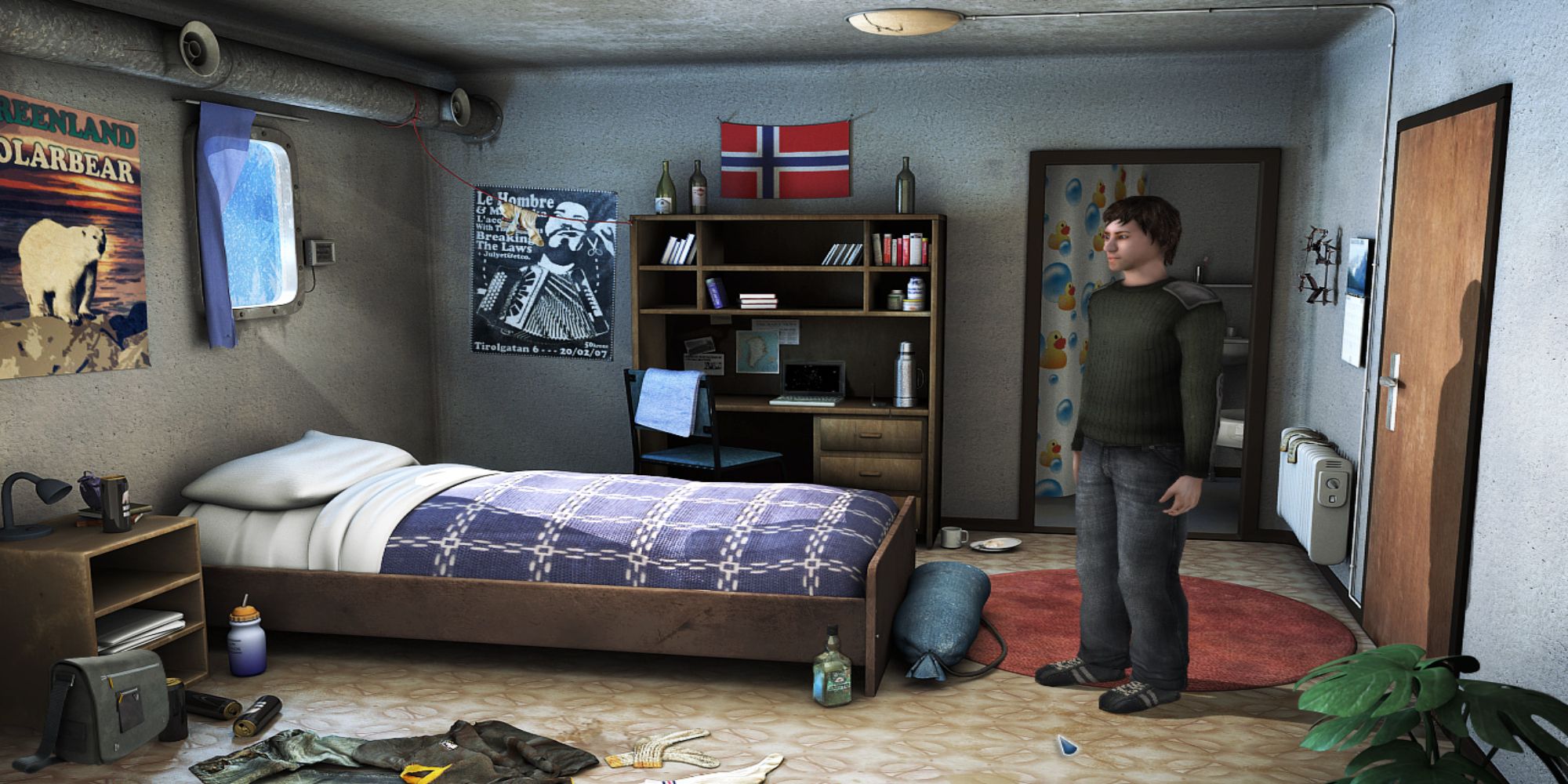 You take on the role of a graduate student staying at Alpha Polaris while completing his thesis. The station experiences strange events after the research team discovers some mysterious bones. You will navigate the station, while interacting with its crew and solving puzzles to find the source of the events. The game features voice-acted dialogue, an original soundtrack, and hand-drawn assets. 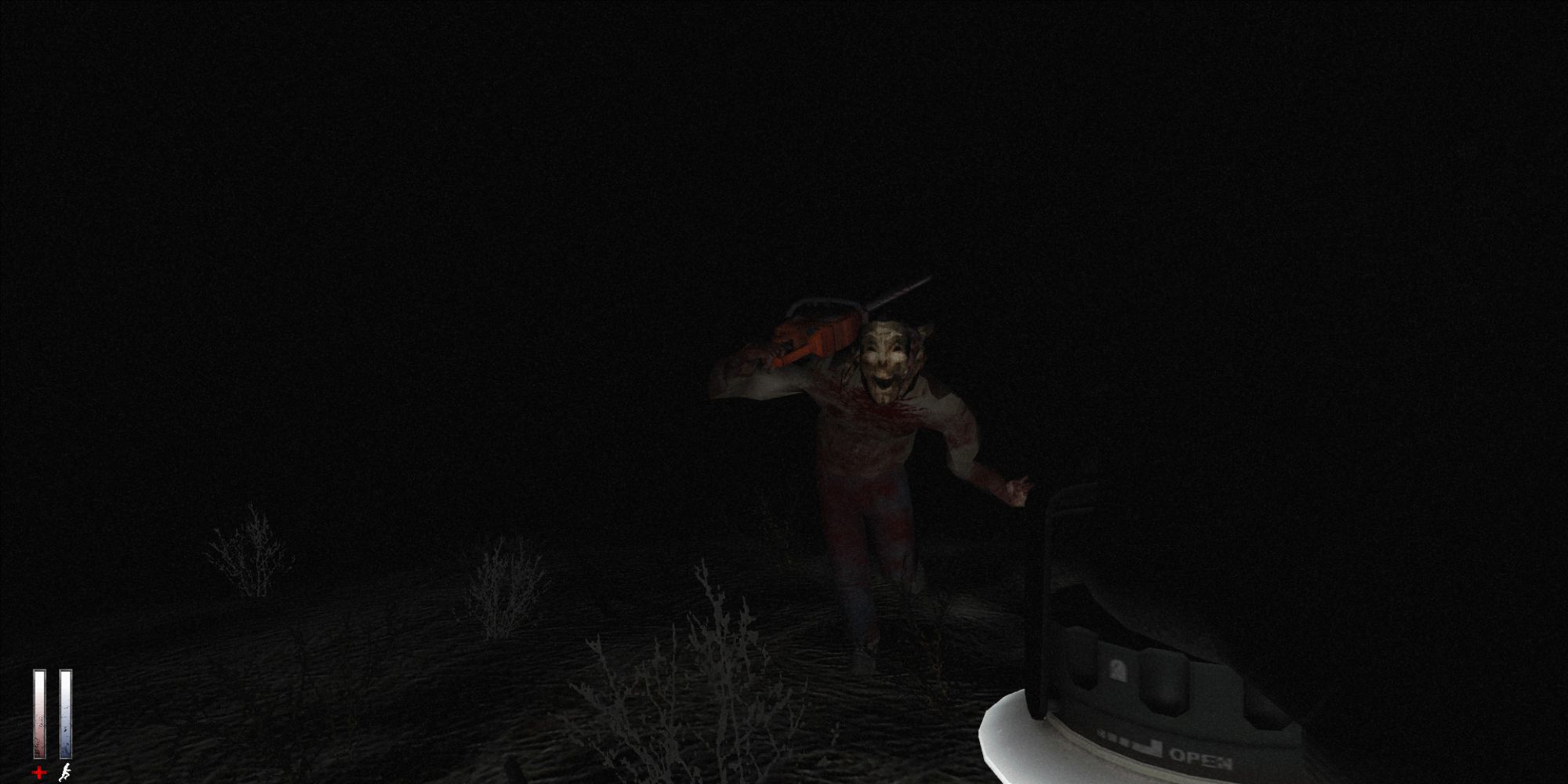 Cry of Fear is a psychological horror game where you take on the role of a young man investigating the cause of creatures descending upon the town of Fäversholm. The game features an eight-hour campaign that you can play either solo or with up to four players.

It also has multiple endings with twenty unlockables, and an extra campaign after beating the main story. There are 24 different weapons to choose from, and it also has a fantastic, five-hour soundtrack that really adds to the atmosphere.

7 No More Room In Hell 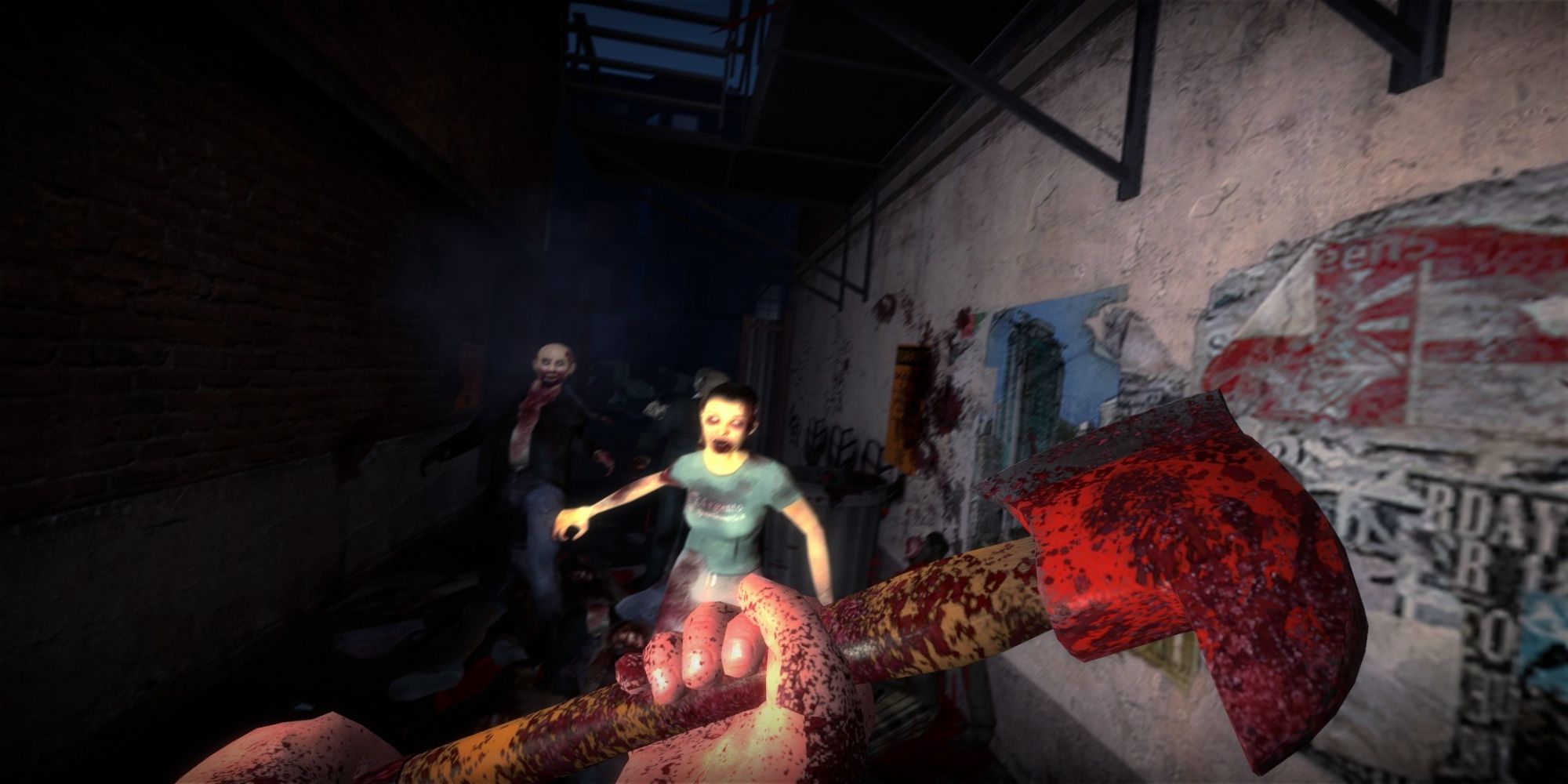 “When there’s no more room in hell, the dead will walk the earth” is a quote from George A. Romero’s Dawn of the Dead. The developers took this as their title, and the game is an homage to Romero’s zombie masterpieces. No More Room In Hell is a realistic zombie survival game, with dynamic objective maps that make every playthrough experience unique.

The game features cross-platform multiplayer (up to eight players), 30-plus weapons, text and voice communication limited by distance, and shelter management. Will you make Romero proud by surviving the zombie apocalypse, or will you become just another zombie searching for its next meal? 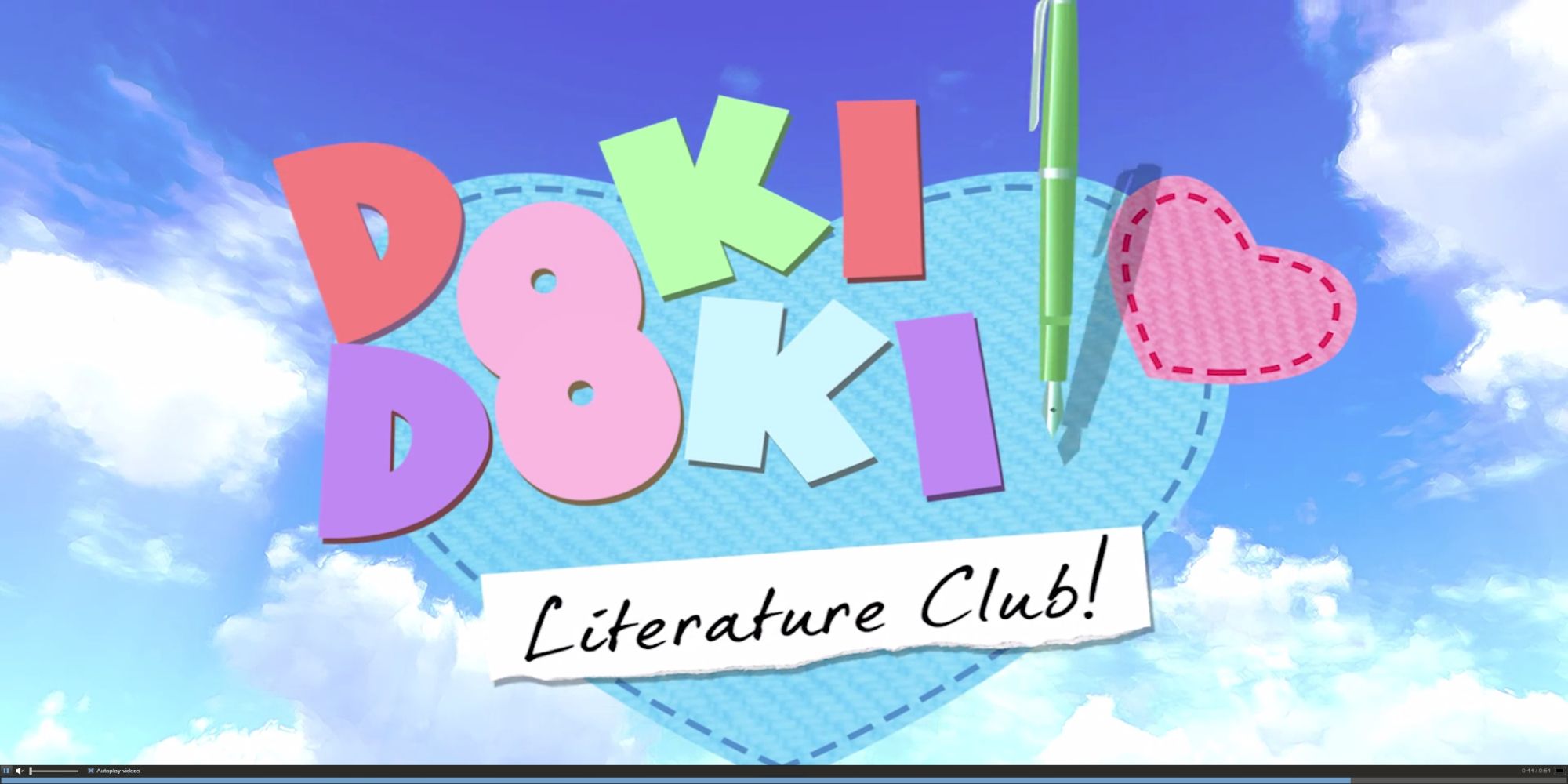 Doki Doki Literature Club! is a visual novel game that appears to be cute on the surface, but ends up slowly revealing lots of dark plot twists and disturbing undertones. It is a fun take on dating simulators, and one that will leave you thinking about it long after it is over.

This is one of those games you'll want to play with little information beforehand, to experience it all first-hand. It comes with a well-deserved warning, so player discretion is advised. A paid DLC includes the beautiful soundtrack, high-resolution wallpapers, and a concept art booklet if you can't get enough of the game. 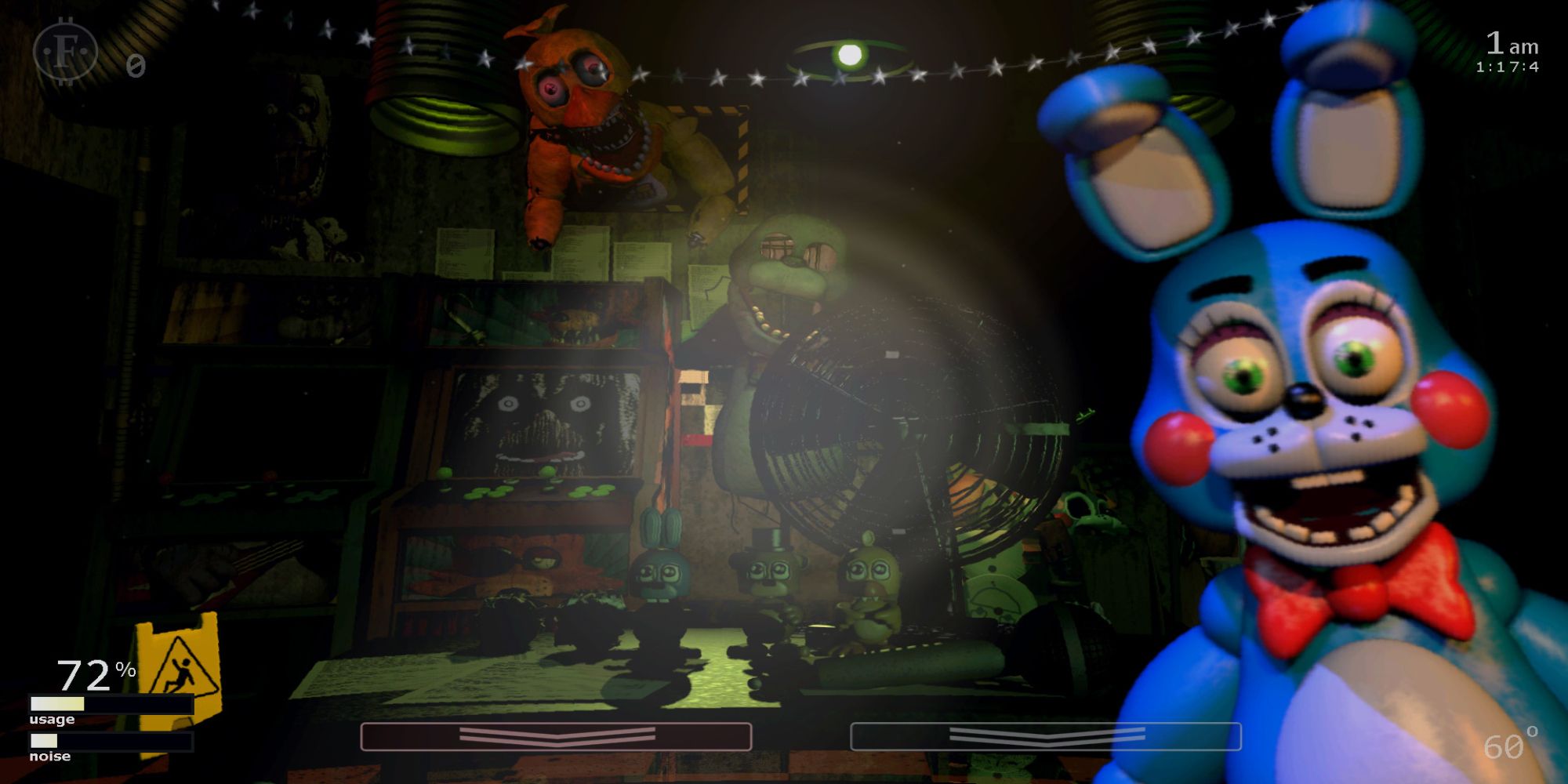 Ultimate Custom Night is a free-to-play entry in the Five Nights At Freddy’s series. This is a good entry into the series if you've never played one before, since it's free.

Ultimate Custom Night lets you choose from 50 different animatronic characters, spanning seven games. You can also select their difficulty level based on your skill level and understanding of the mechanics. There are 16 challenges, voice actors from the series, and many unlockable skins and cutscenes. 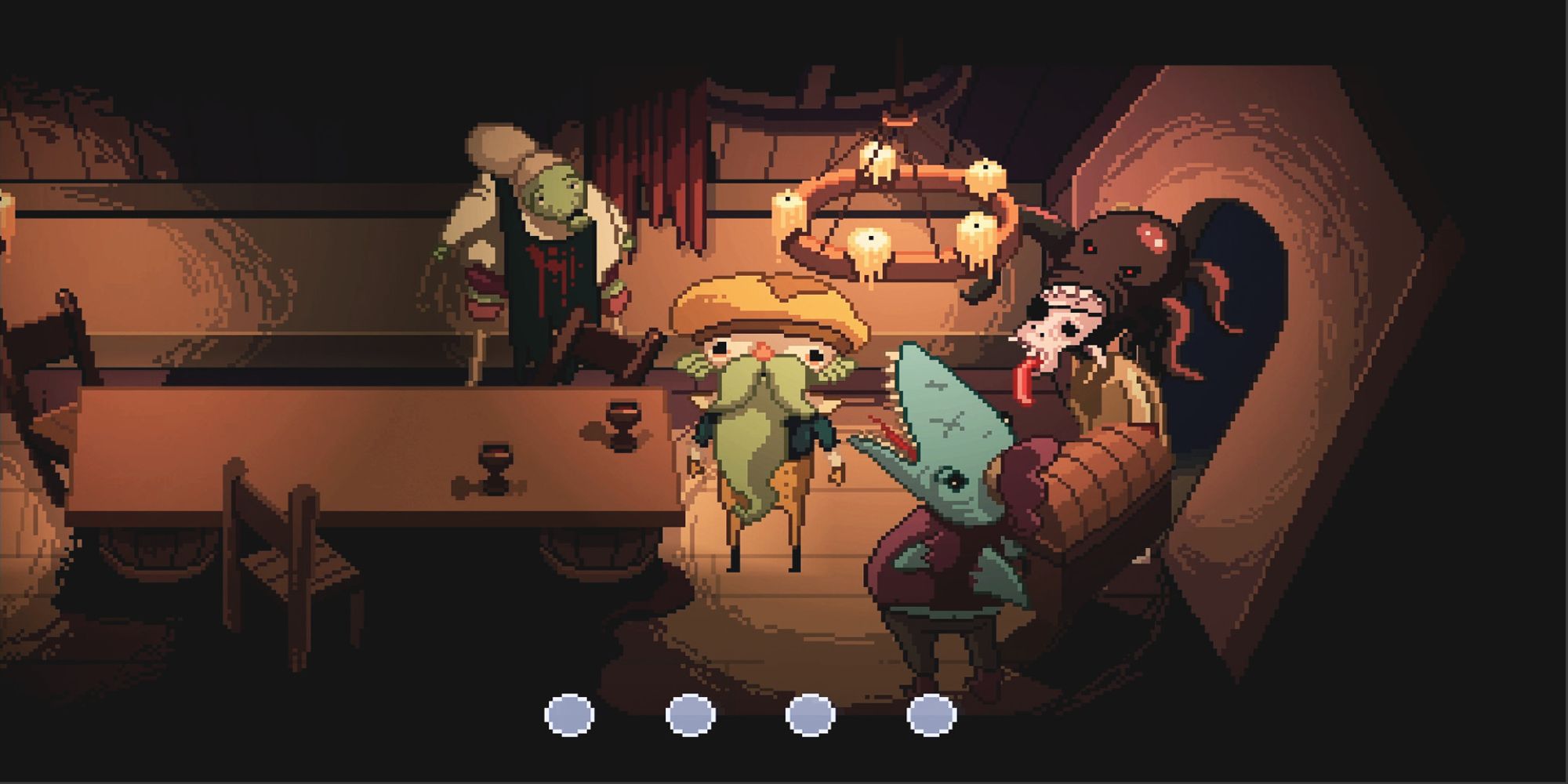 Octavi Navarro, the creator of Midnight Scenes and The Librarian, brings you a point-and-click adventure game that is equal parts endearing and grotesque. The game deals with heavy themes of life, death, and revenge, with a very emotional ending.

You take on the role of a tavern owner named Ms. Appleton. After waking up in the tavern’s kitchen, she has a voice in her head telling her to serve meals to the tavern’s guests. You will explore the surrounding town, while finding ingredients to use in the food that you serve your guests. 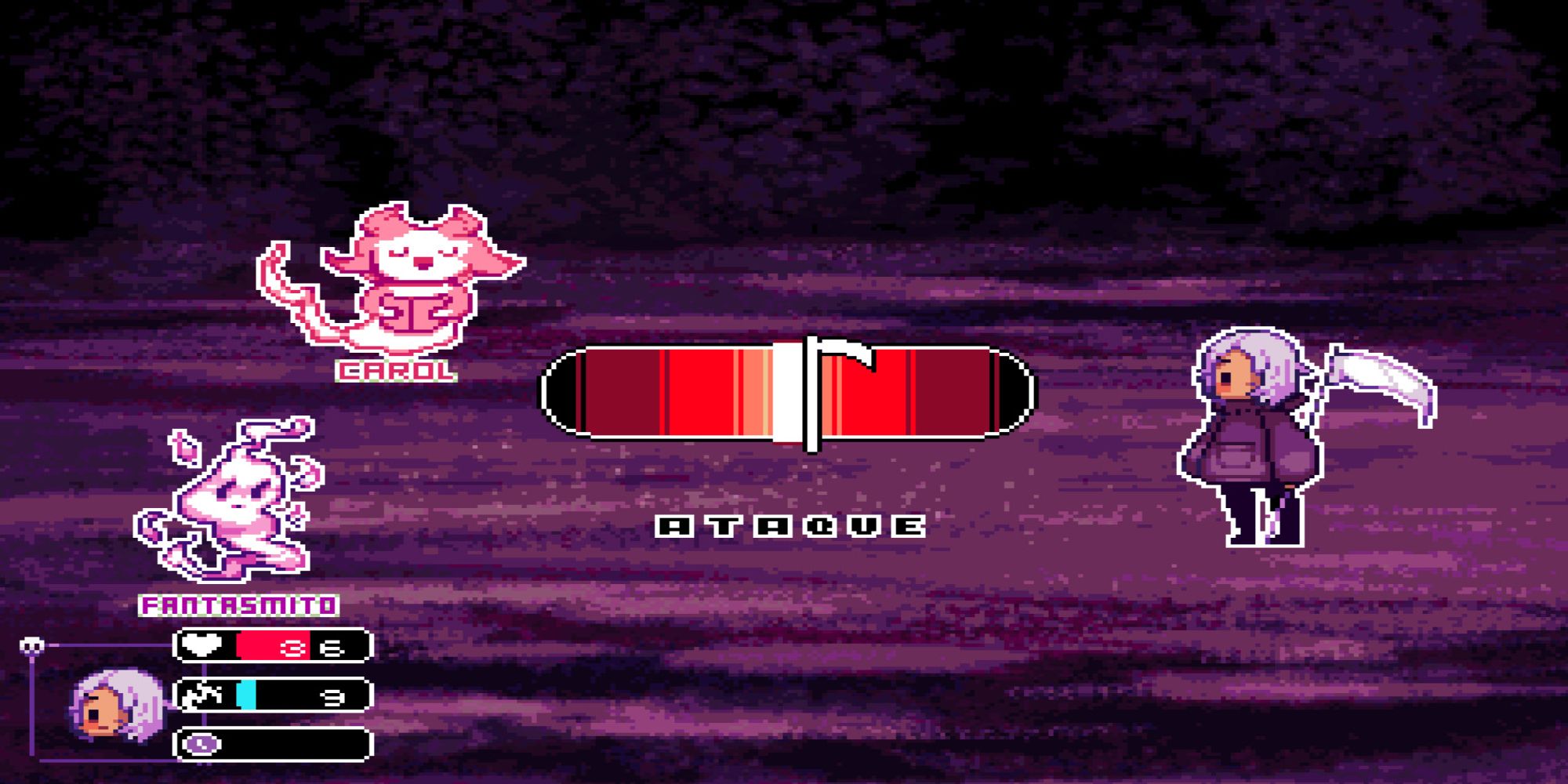 In Grimm’s Hollow, you traverse the afterlife, searching for your brother in the town of Hollow. Armed with only a scythe, you will explore creepy locations like haunted caves, while battling ghosts.

Grimm’s Hollow features four alternate endings, quirky characters, an emotional plot, beautiful art assets, and fun RPG mechanics, that all lead to a fantastic experience that will make you forget you are playing a free-to-play game. The developer offers a fan pack that includes an art book and wallpapers, for you to remember the game long after you beat it. 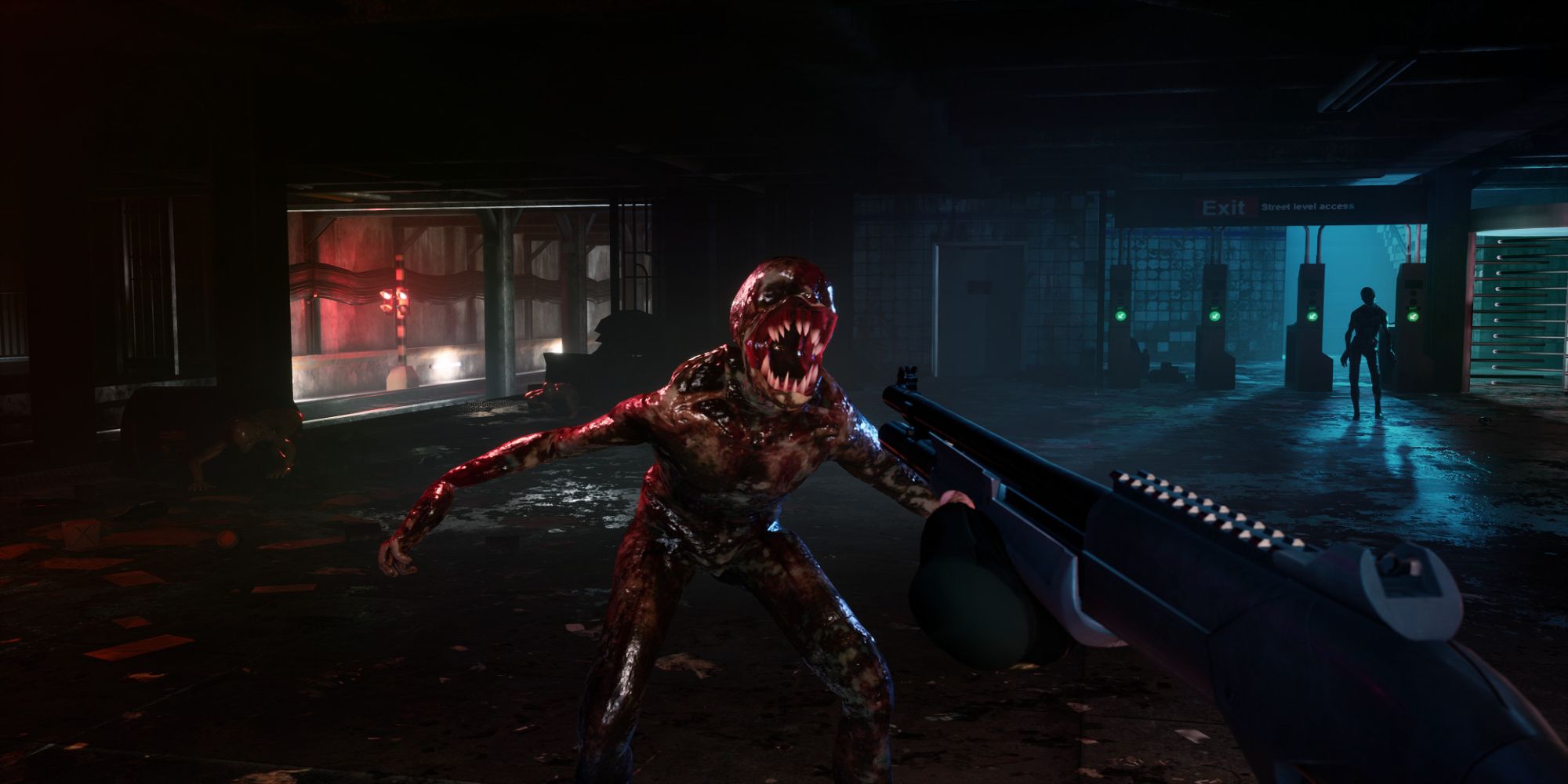 Propagation VR is a rail shooter that takes place during a zombie apocalypse. It is a static wave shooter, with each round taking roughly thirty minutes to complete.

What makes Propagation unique is the weapon handling system. It makes you think about using specific weapons — each has its unique abilities — and keeping track of your ammo. When all else fails, your fists will become your life-saving backups! There are four difficulties to choose from, so you will never get bored with the game. While the base game is free, the developers offer a paid DLC that enables a two-player co-op mode. 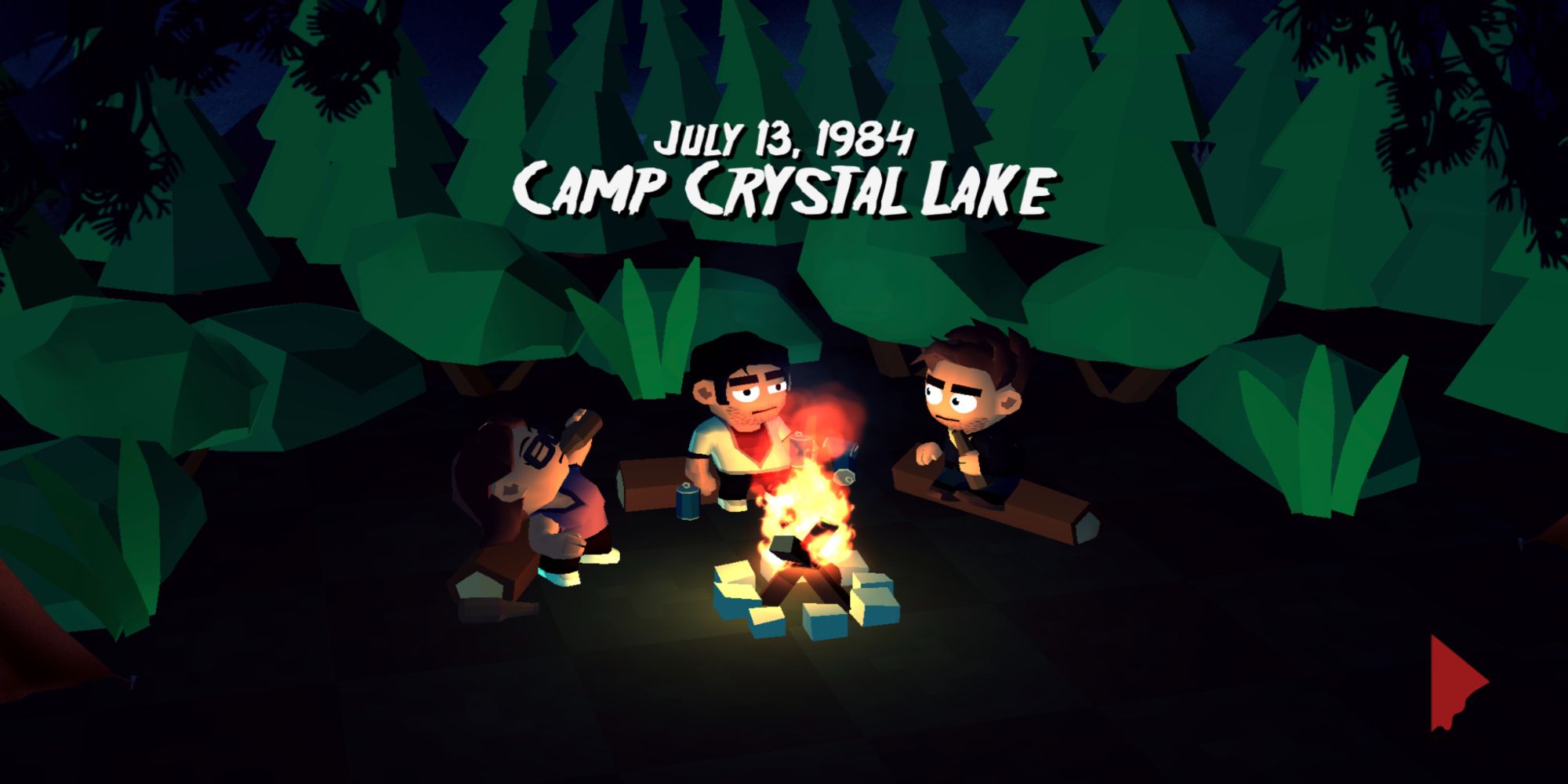 Friday The 13th: Killer Puzzle has you taking on the role of Jason Voorhees, with the goal of slaying campers. This game mixes humor and puzzle-solving, taking place in all the iconic locations from the movie’s many entries. Play on R mode for the most gruesome kills, and PG mode for a family-friendly experience.

There are currently 100-plus free puzzle levels, spread across eight episodes. The remaining paid DLC adds additional puzzle levels and visual additions to the game, but isn't mandatory to progress or enjoy the game.