Although Halo Infinite's multiplayer launched an entire month ahead of schedule, players are still chipping away at the game's Battle Pass, which contains many cosmetic goodies that will spruce up your Spartan's appearance. Whether you're leveling up through traditional grinding or by faster methods, there will undoubtedly be something that catches your eye, making your time spent in the multiplayer feel worth it.

While there are loads of cosmetic items in Halo Infinite's Battle Pass, there are excellent helmets within it that harken back to the good ol' days, and even some new ones that are "must-haves" for anyone barreling through the first season. If you're a newcomer or series veteran, there is almost a guarantee that you will fall in love with at least one of the helmets offered. 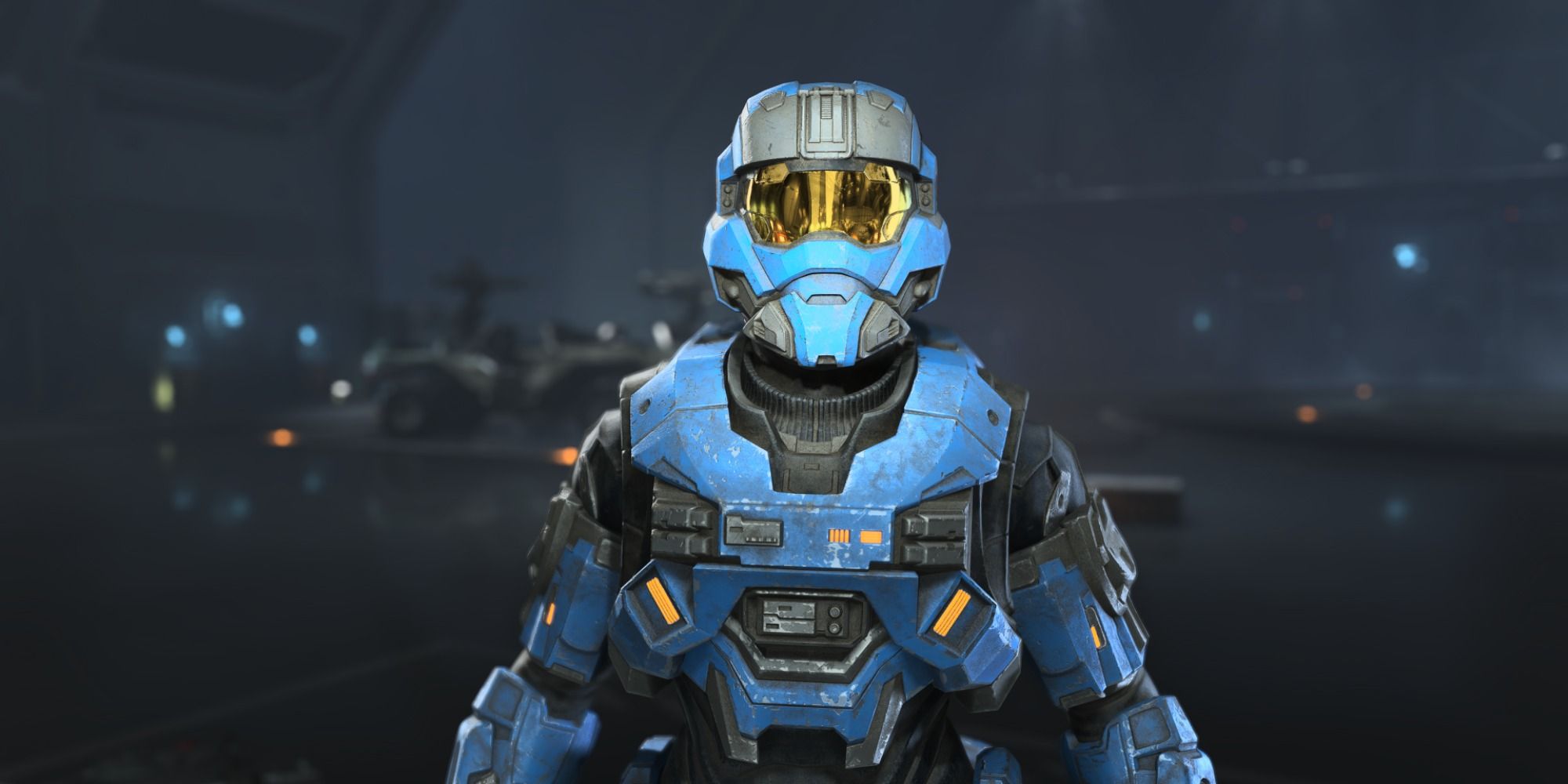 Easily recognized by veterans as "Carter's Helmet," the Commando returns once more from Halo Reach and is just as powerful-looking in Infinite. While it looks similar to the GEN 1 HAZOP helmet, the Commando helmet does an excellent job at looking sharp, modern, and more reinforced.

Additionally, adding attachments onto the Commando helmet is an option, which will make it look even better. Attachments range from a panel above the visor to an external light mounted on the helmet's right side. The Commando may not be the most stylish helmet, but it exudes confidence and strength, much like Carter himself, and can be had at tier level 15 in the Premium Battle Pass. 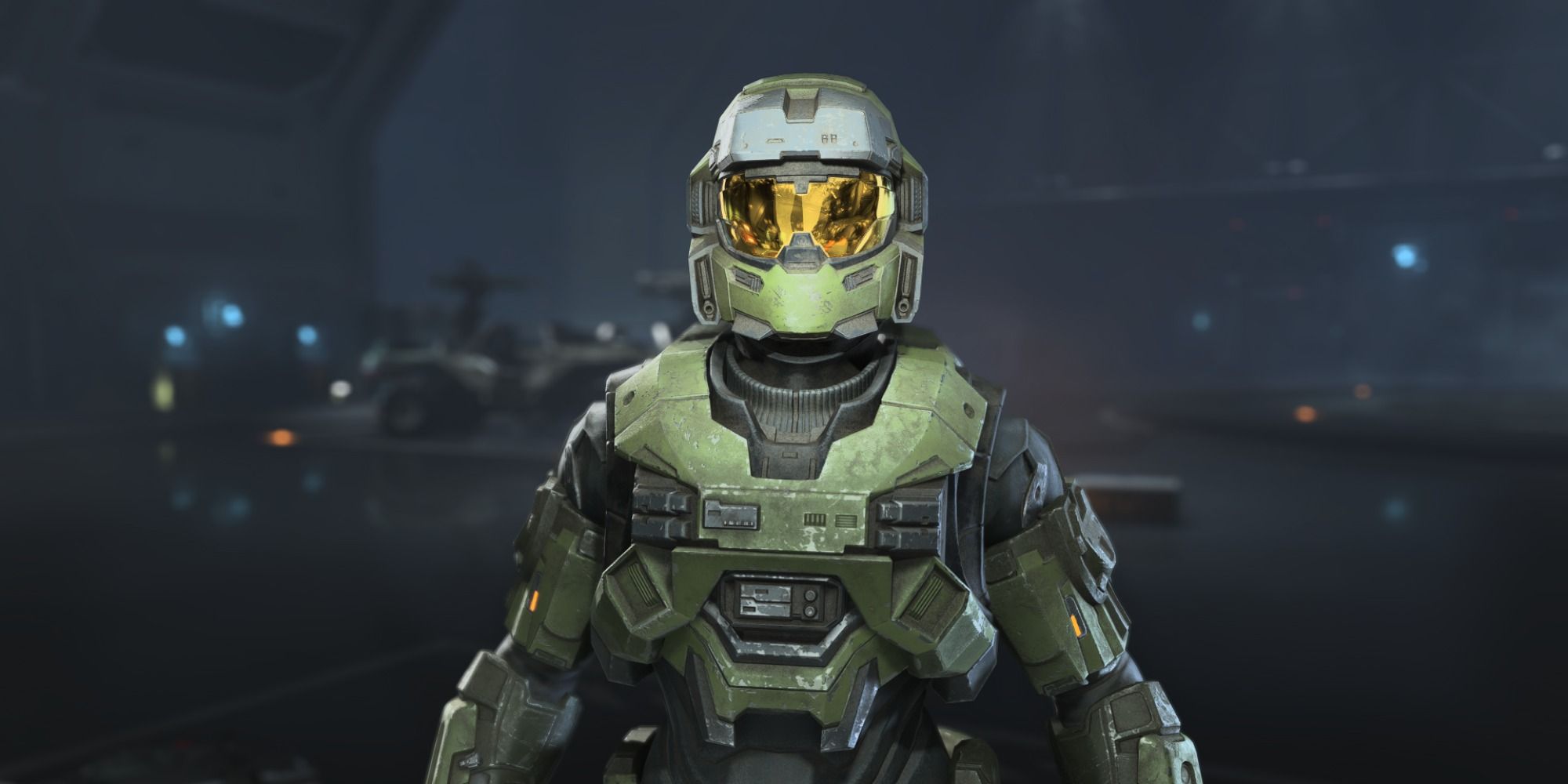 The Grenadier helmet returns to Halo Infinite, still sporting its stern look and high-defense build quality. Fans of the series will identify this as Jorge's helmet from Halo Reach, while newcomers may still admire its bold look, making support or tank players in other games feel at home.

While its look is a bit simplistic compared to the other members of Noble Team, the Grenadier sets out to protect its wearer, making fashion take the backseat. This sturdy piece of metal is unlocked once you reach level 75 of the Premium Battle Pass. 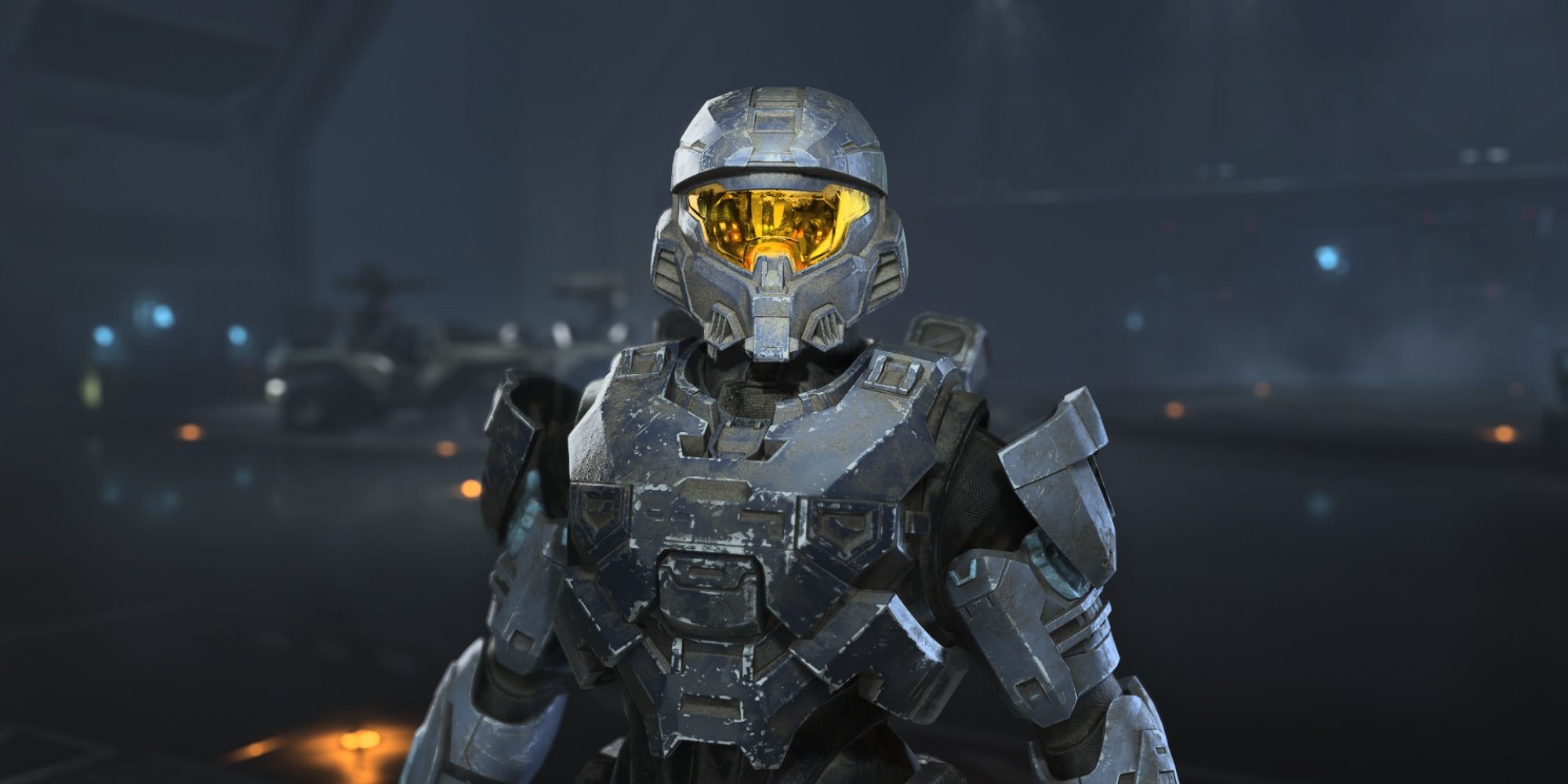 The Mark VII is designed for the newest generation of Mjolnir Powered Assault Armor and was designed with direct input from Dr. Halsey herself. The helmet sports a sharp look, resembling a pilot's helmet in more ways than not.

The Mark VII helmet also has many attachment slots on it, allowing a wide range of options for personalization. But do not expect to unlock this early in your online career as it is the last obtainable helmet in the Premium Tier at level 96. 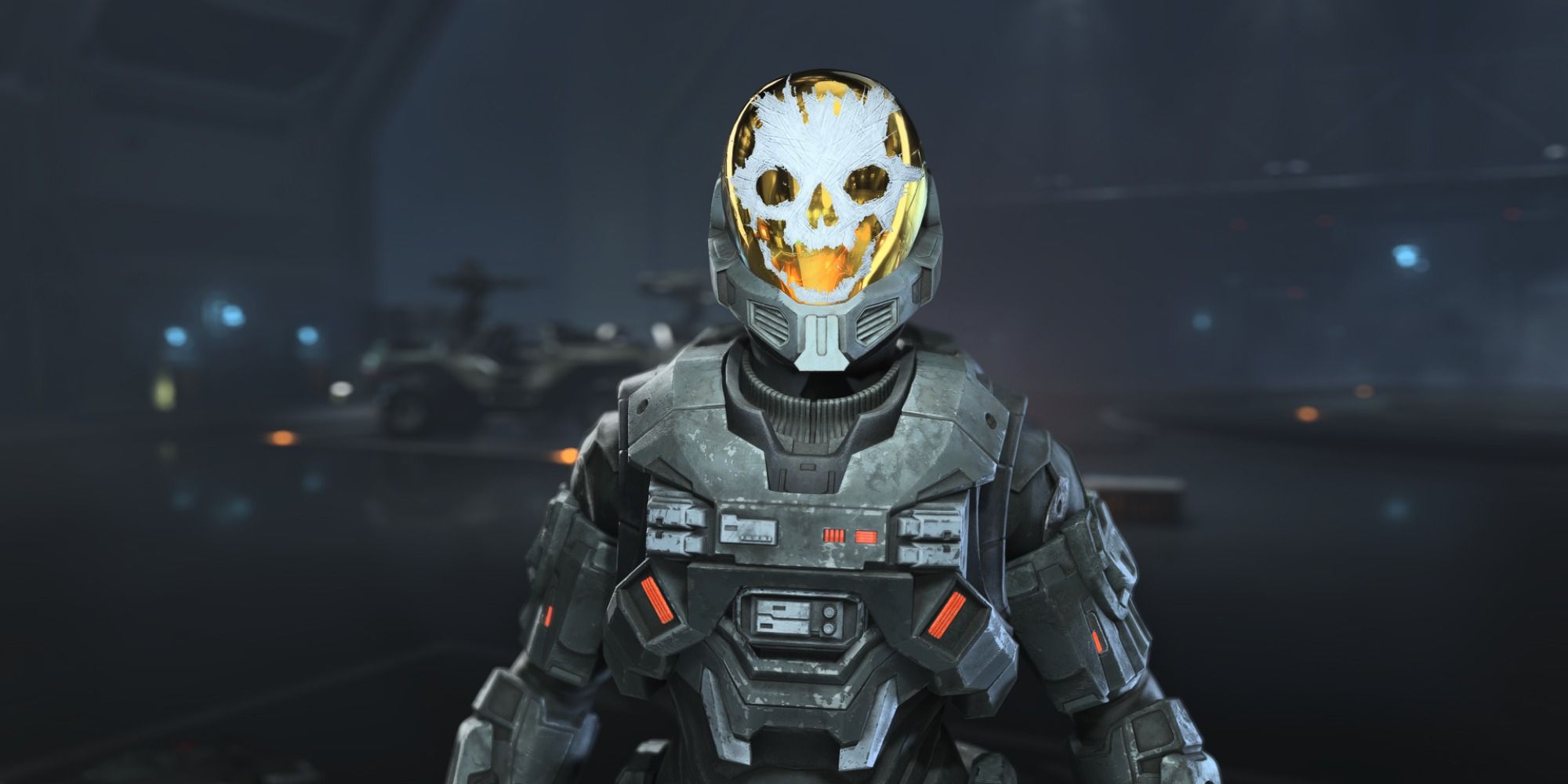 Although the standard variant of the EVA helmet is present in Halo Infinite's Battle Pass, the EVA [C] is where it's at, belonging to Emil of Noble Team, a fan-favorite character from Halo Reach. Although, even if fans didn't love Emil as a character, we feel the EVA [C] would have still been praised by many.

On its own, the EVA's unique, mostly visor design is captivating, but the skull etched into the [C] variant is what makes it that much cooler and is one of the many reasons fans love it so much. However, the unfortunate news is this helmet is one of the last ones you unlock in the Premium Battle Pass at level 90. 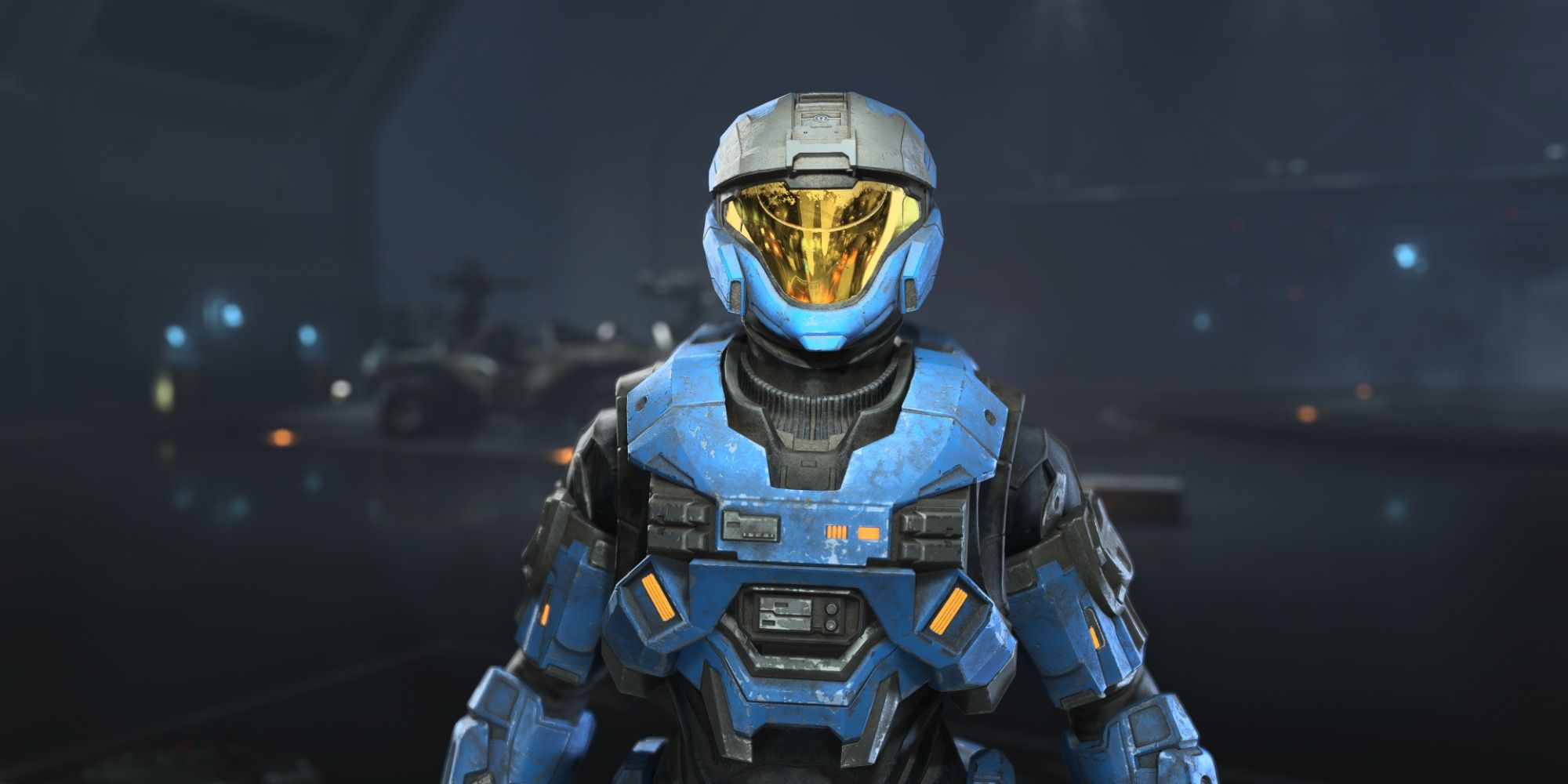 Belonging to Noble Team's Kat, the Air Assault helmet became vastly popular amongst fans in Reach due to its unique design and attachment to one of Fall of Reach's best characters. Assigned to Army airborne squads, the Air Assault's visor takes up most of the helmet's real estate but maintains its smooth design.

The Air Assault helmet has the option to add attachments to it but is one of the few helmets in the game that looks perfectly fine with its default look. However, the unfortunate thing is that this helmet will not be available to you until you reach level 55 of the Premium Battle Pass. 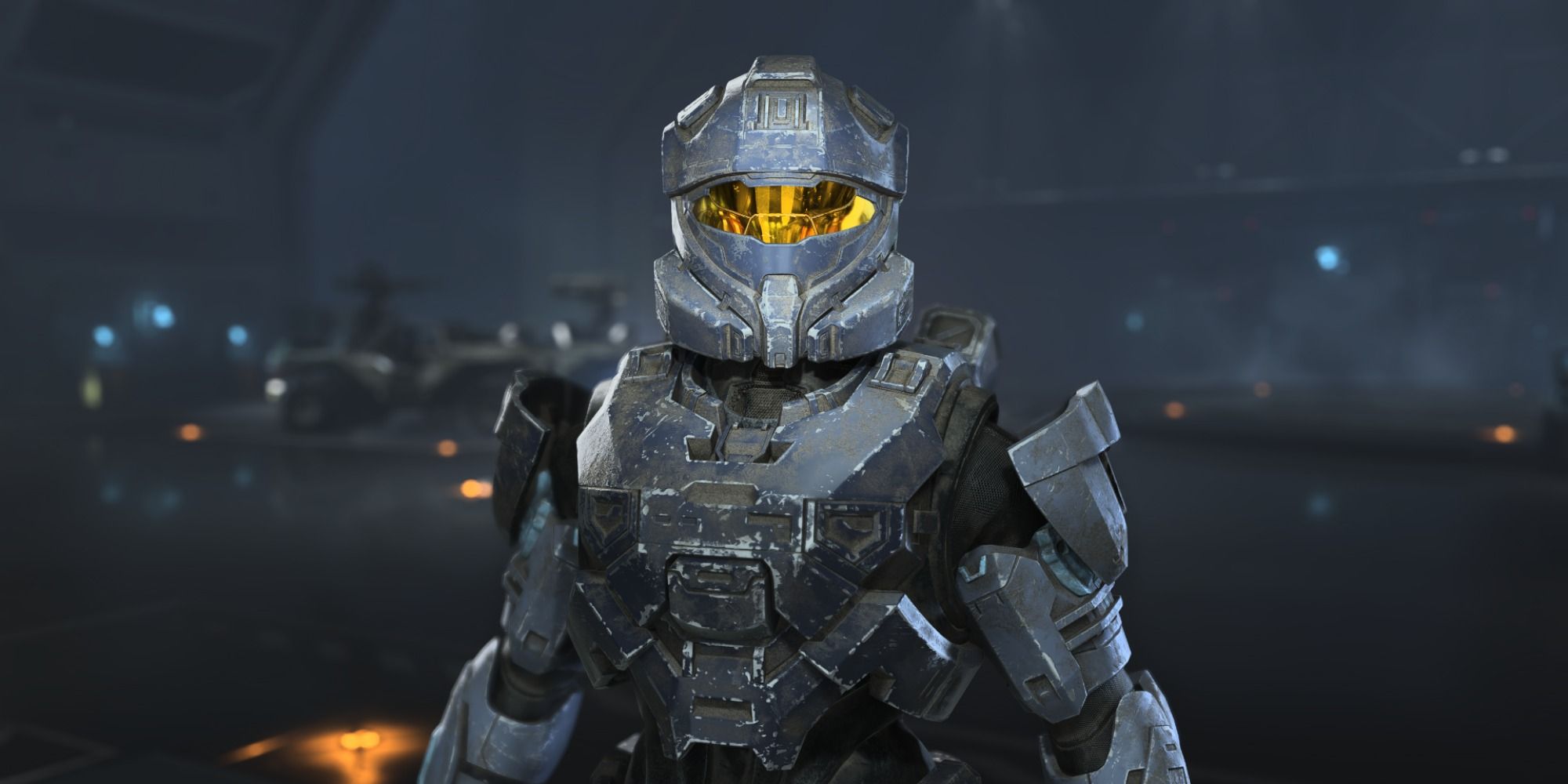 Built for the new generation of Mjolnir Powered Assault Armor, the Trailblazer looks to be the successor to the famous Recon armor, building off its robust features and specialties. While the Trailblazer lacks some aspects of the Recon's beloved smooth, ninja design philosophy, it still looks pretty good, all things considered.

The Trailblazer's exaggerated edges can be hit or miss for some people, but when paired with attachments, its design can shine depending on what you toss on it. However, if you like its design, you will be waiting a bit before receiving it as it unlocks at level 81 in the Premium Battle Pass. 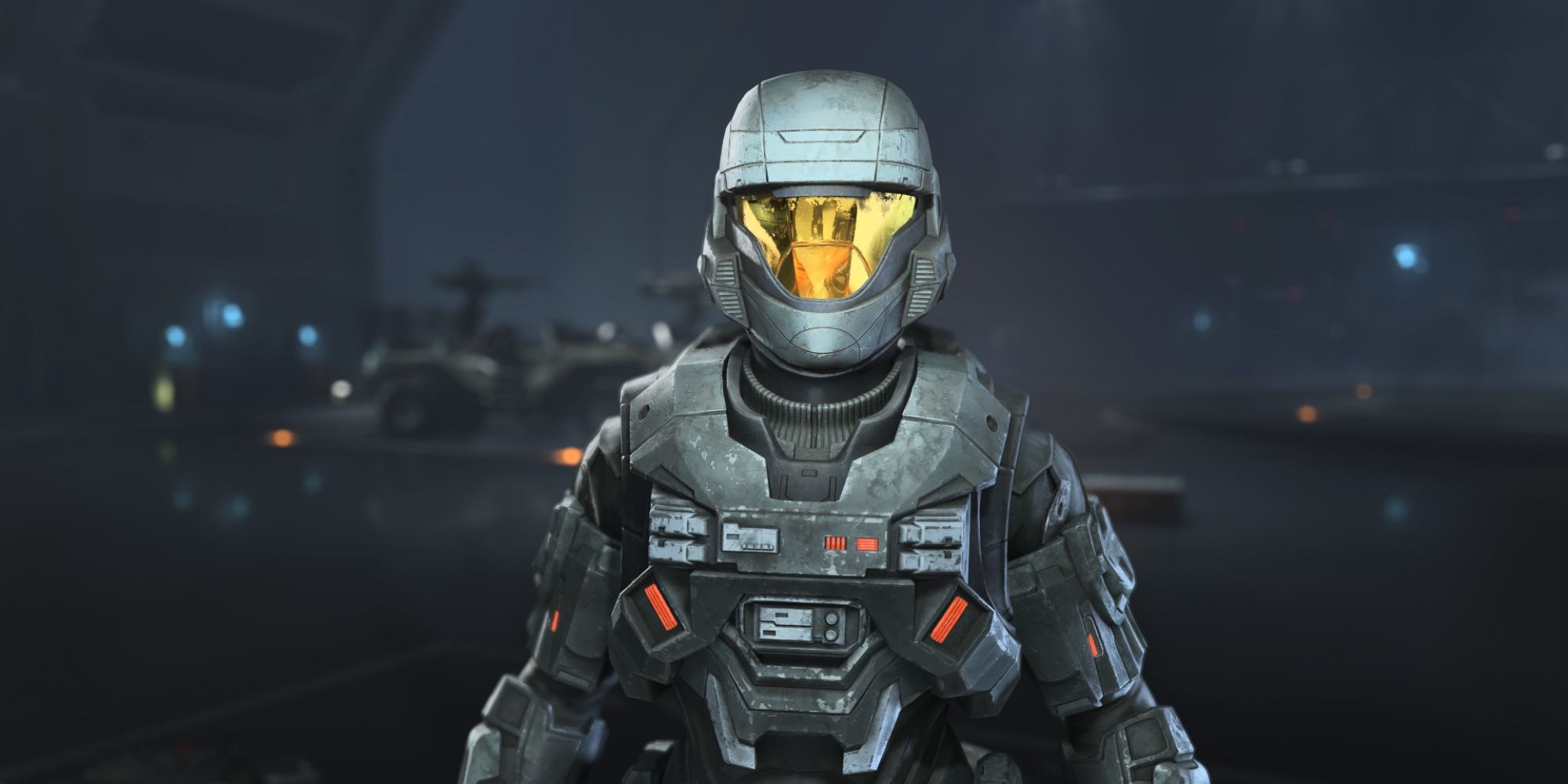 Made initially for the Mjolnir Powered Assault Armor, the UNSC Special Forces, Orbital Drop Shock Troopers, adopted the battle dress uniform, eventually becoming the legendary ODST armor found in most of the Halo titles. The ODST helmet is one of the franchise's most recognizable armor pieces, primarily due to Halo 3: ODST's positive reception.

The ODST helmet possesses one of the best-looking visors in the series, with clean, sharp angles, and pairs well with a blue-ish tinted color. The ODST helmet supports five attachments and is unlocked once you reach tier 65 of the Premium Battle Pass. 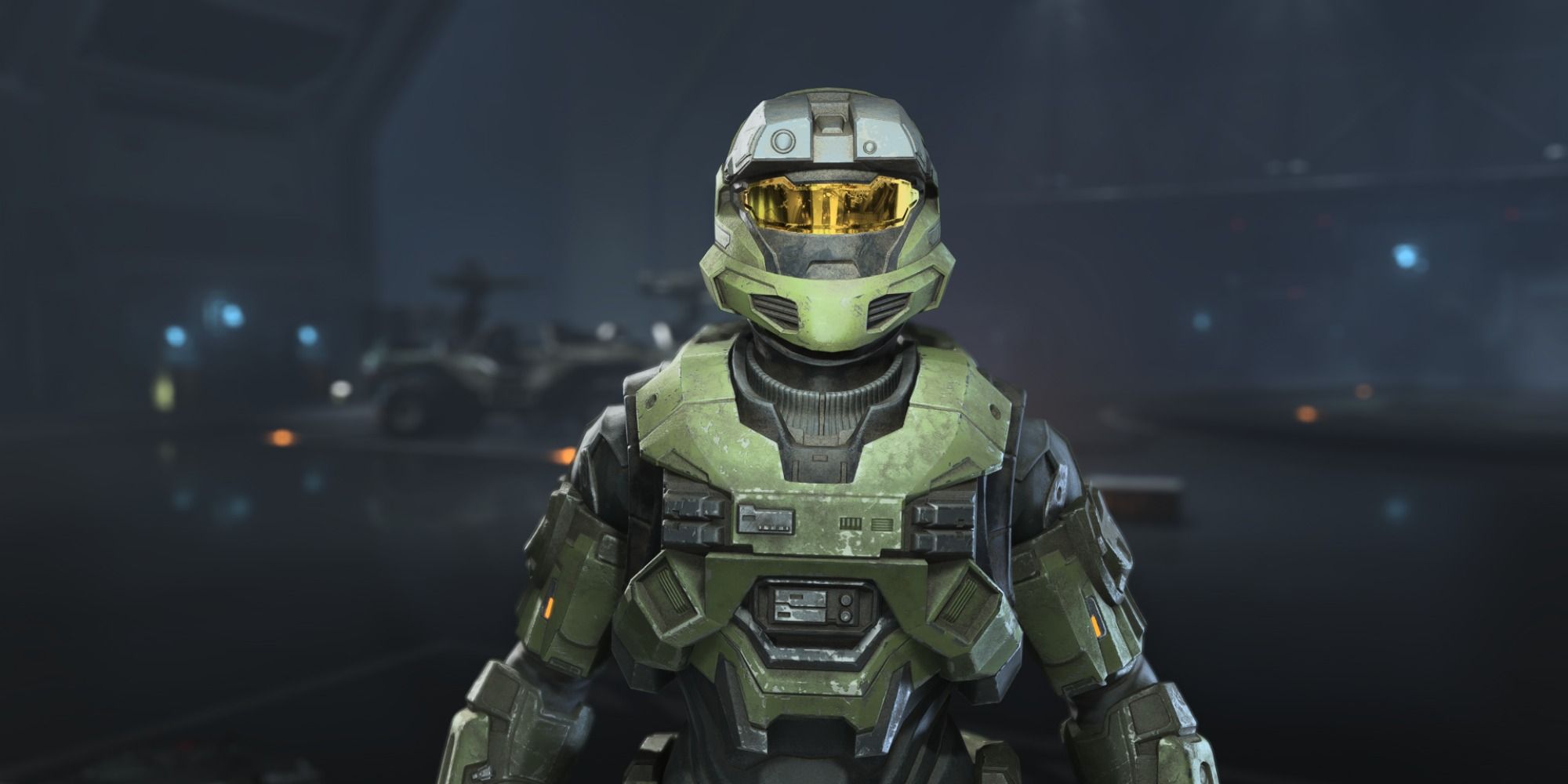 Furthermore, the Scout project was researched and developed alongside the Recon project, so they share a similar design but contain enough differences to be easily distinguishable from one another. The Scout helmet also supports many of the game's attachments, allowing it to look even slicker out on the battlefield. 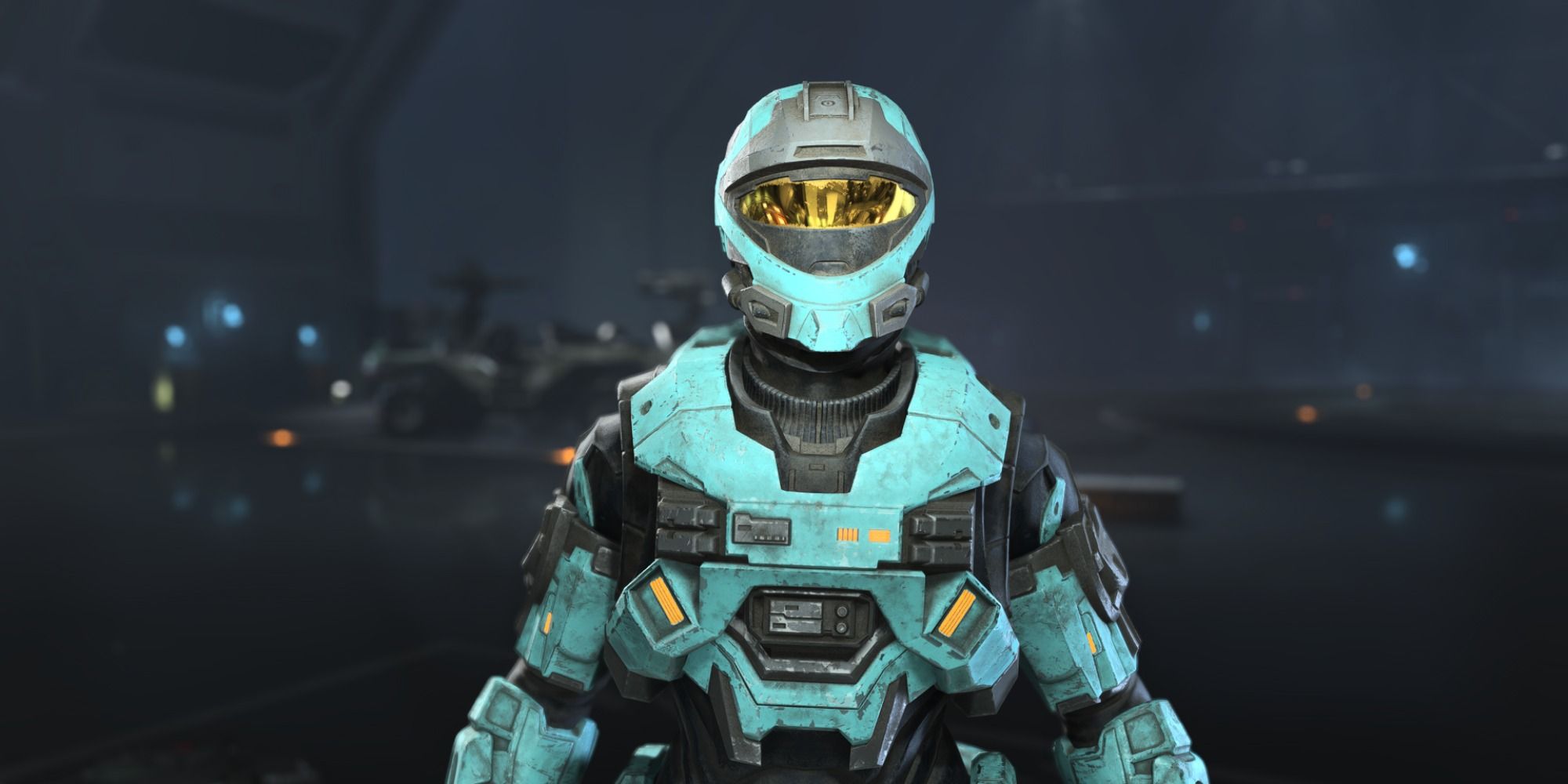 Speaking of Recon Armor, the famed Recon helmet returns in Halo Infinite as the GEN 1 Mark V variant, which pre-dates the one found in Halo 3 that you may have fond memories of if you're an old-timer. The Recon's sleek, ninja-like design will always be cool looking, no matter how many installments of Halo it shows up in.

Much like in Halo Reach, the Recon helmet in Infinite has access to a handful of attachments. But, honestly, the Recon helmet doesn't even need them. It remains one of Halo's best helmets, no matter its appearance. This classic helmet is obtainable when reaching Premium Battle Pass rank 45. 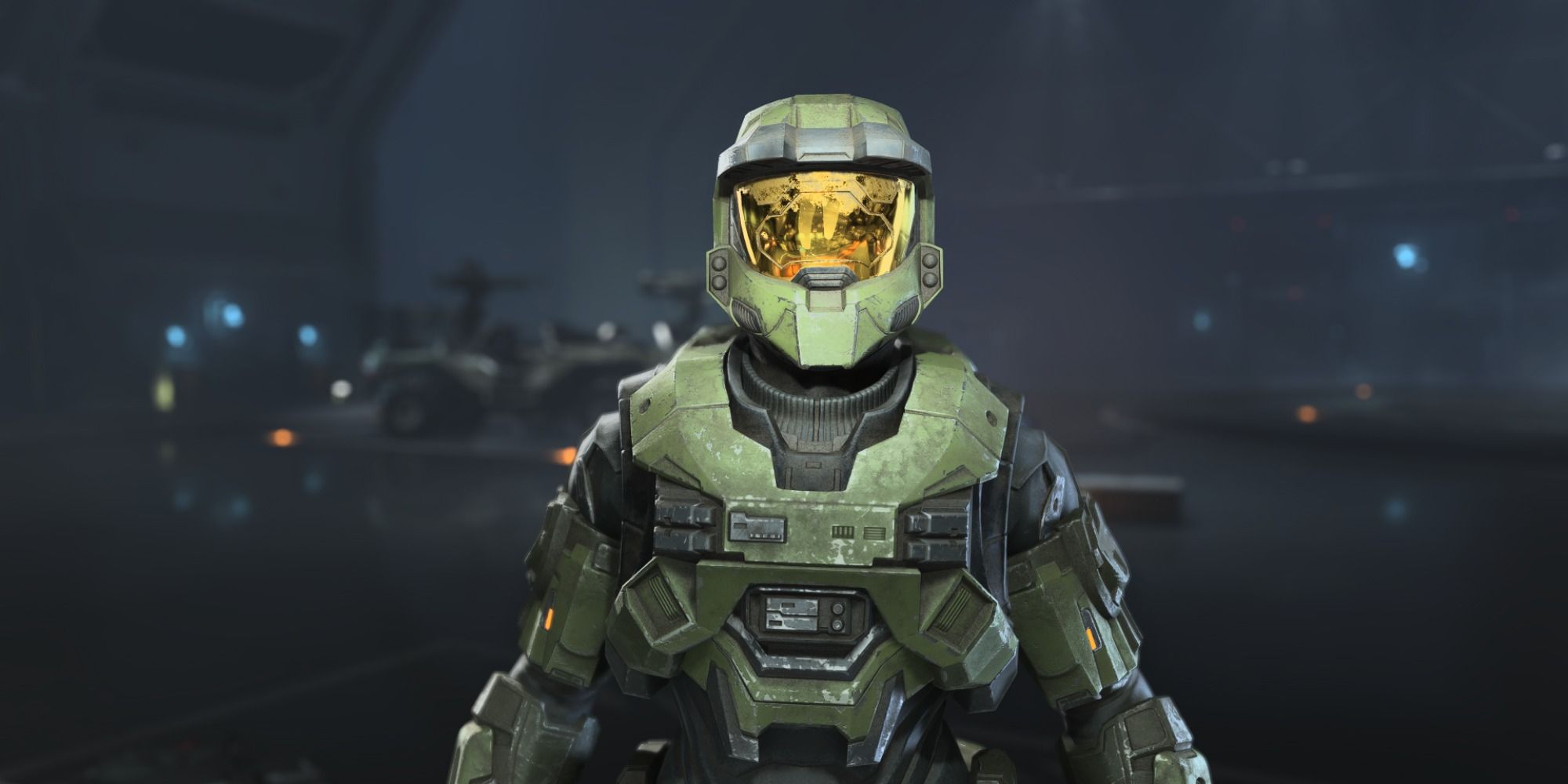 The helmet of the man himself, the Master Chief, makes its way into Halo Infinite. The Mark VI present in the Battle Pass is the variant seen on the Chief in Halo 3 and is one of the most iconic helmets of all time and one of the best in the game.

In addition to its legendary status, the Mark VI helmet supports five different attachments. Although you can rock this helmet with no attachments and still make a statement, it's that good. Unfortunately, you will be waiting a while to obtain it as it's only available when reaching tier 84 of the Premium Battle Pass.