The Elder Scrolls: Skyrim has been out for ten years now and it remains to this day a compelling, addictive gaming experience. This is absolutely partly thanks to the huge, thriving modding community who create fantastic additions to the game that let you customize your experience down to the minutiae.

It's all too easy to get caught up in downloading far too many mods and it's just as easy to let the real diamonds in the rough pass you by. If you sort by "Most Endorsed" or "Most Downloaded" you're sure to miss some gems, so we've curated some of the best mods that we could find that were released this year for Skyrim: Special Edition. 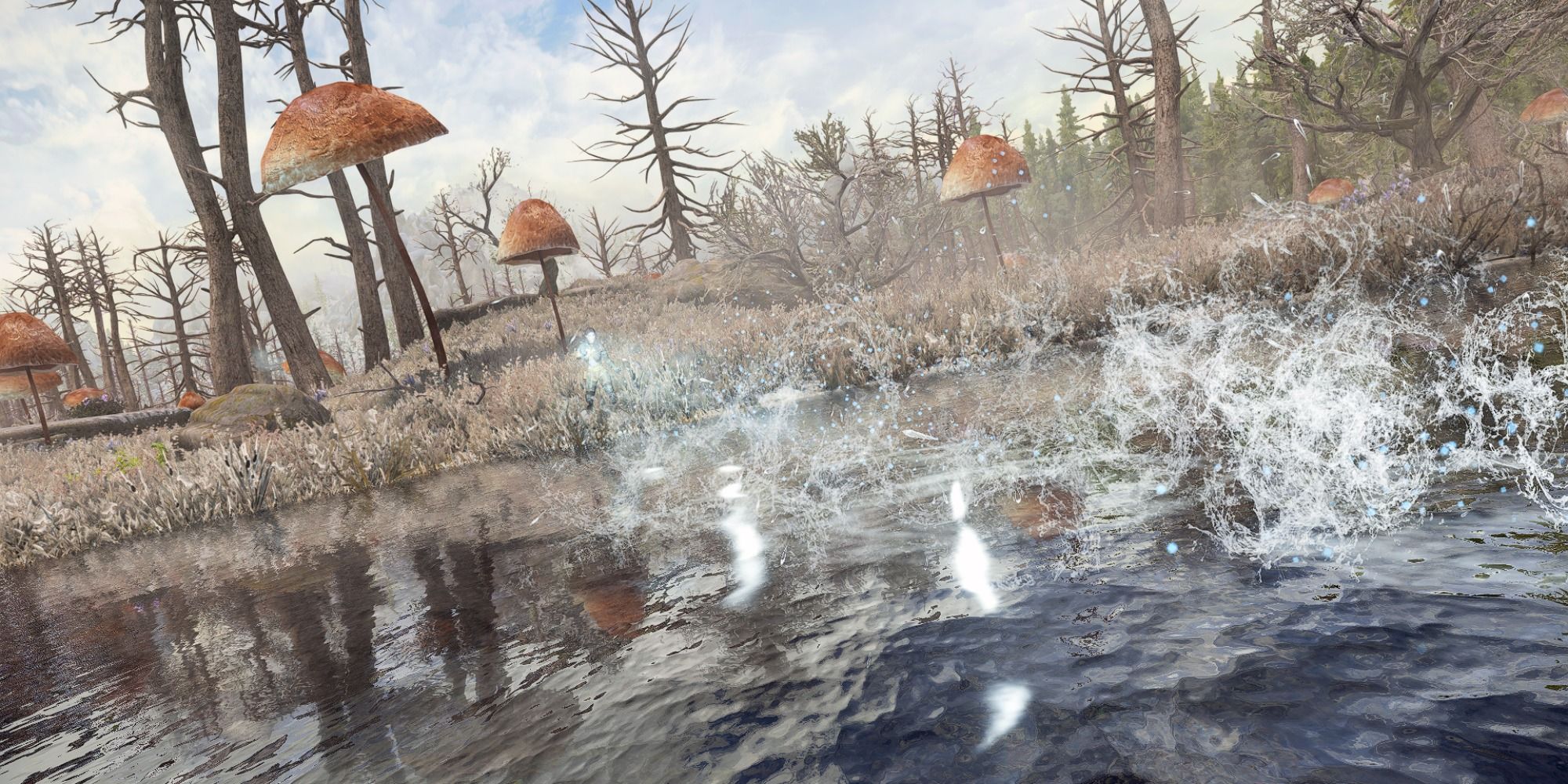 Skyrim is full of beautiful environments and mods these days can make the game look almost life-like, but what's the point of that if the world doesn't behave realistically? Enter Splashes of Skyrim by powerofthree, a mod that tackles the game's water physics.

This mod adds realistic splash animations to most bodies of water in the game with specific settings depending on the type of projectile – it even adds underwater explosions in case you end up firing off a fireball whilst submerged! 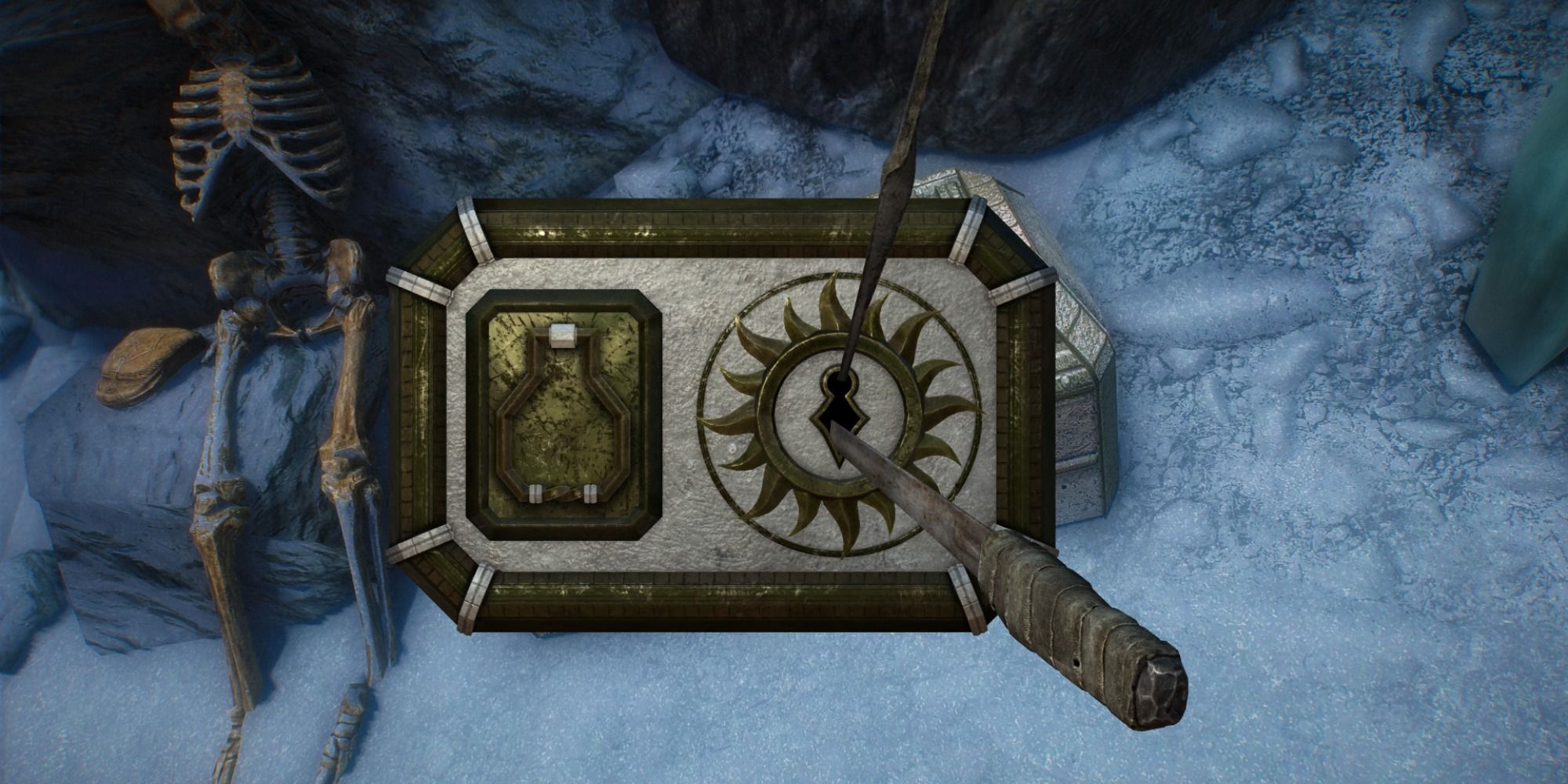 Oftentimes it will take a mod that tackles a specific aspect of a game for you to realize that anything needed changing at all. Security Overhaul – Lock Variations by Kreiste, wSkeever, and powerofthree gives many locks in the game unique models.

Specifically, this mod tackles the lockpicking minigame and makes certain locks look more appropriate for the containers they secure – for example Dwemer lockboxes and Falmer chests. It's a very nice touch that goes a long way to enhance immersion. 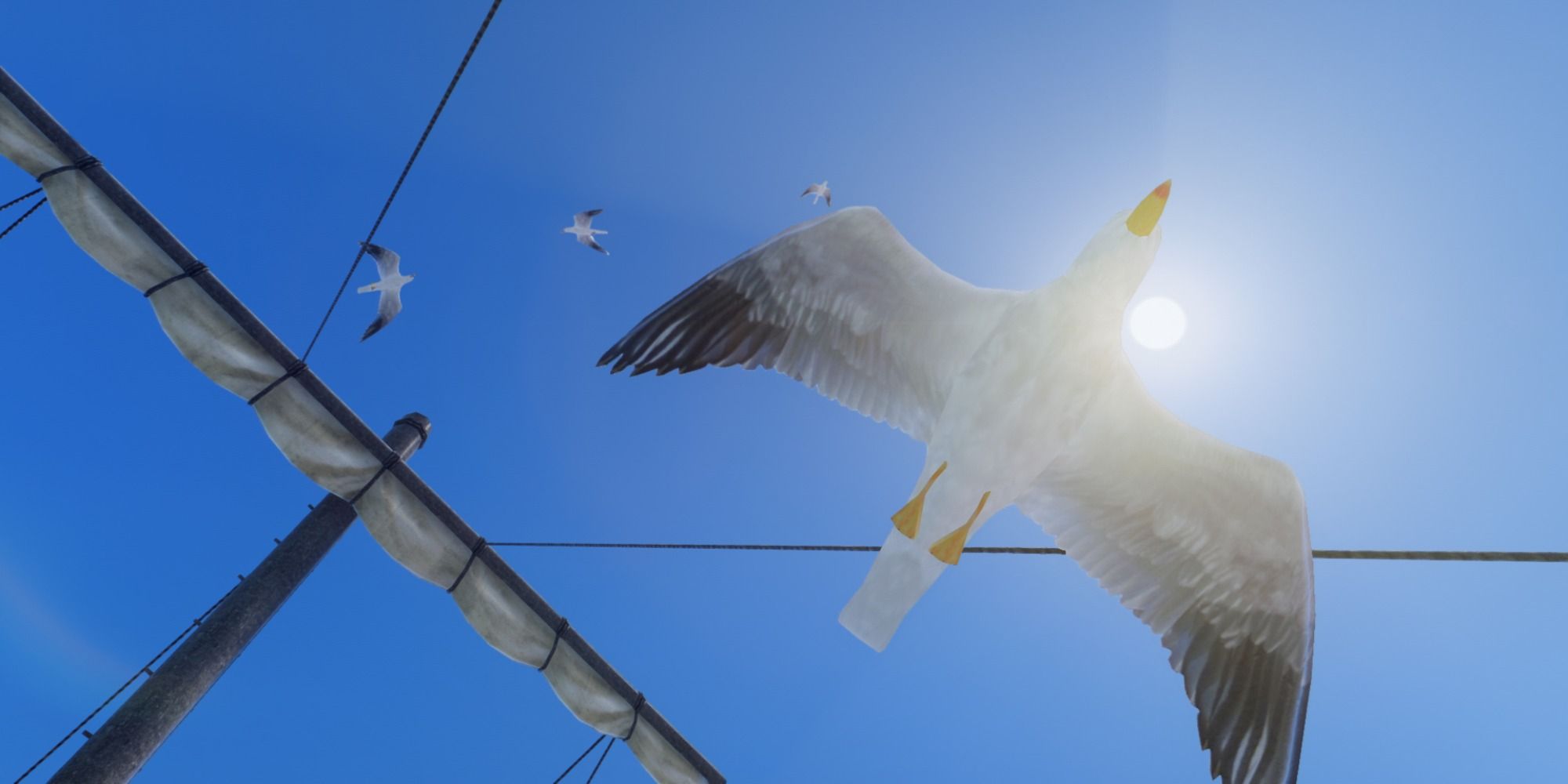 It's often the smaller things that really make a world feel real. Anyone who has lived near the coast can attest to the ever-present squawking of seagulls and this mod aims to add this touch of realism to the world of Tamriel.

With Seagulls of Skyrim by Preeum you'll encounter seagulls in all the places you'd expect, such as Solitude and Solstheim. They have well-crafted models and realistic sounds, so you're sure to notice their arrival. Check on the recommended mods in this mod's description for more avian additions to download! 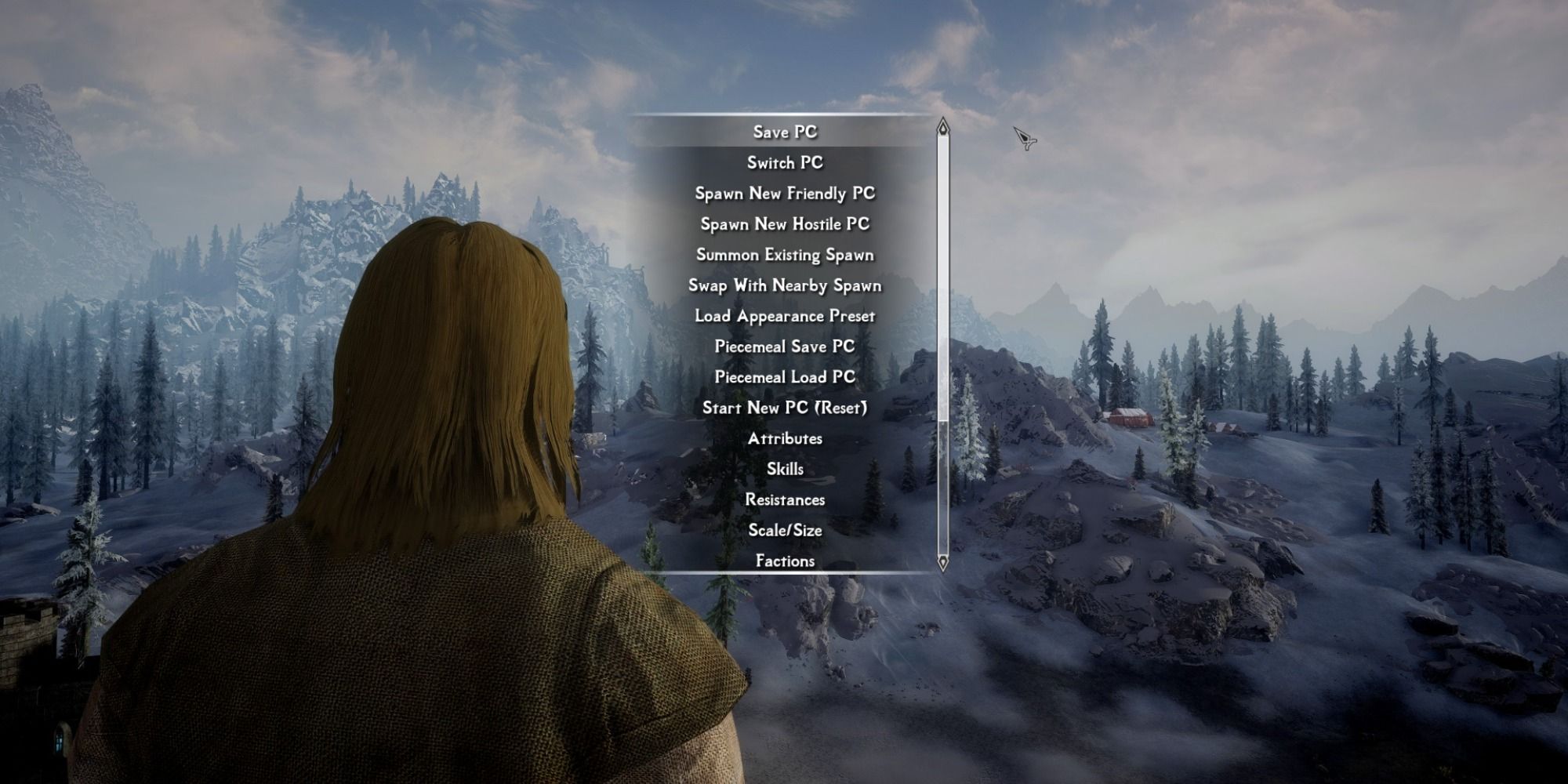 Project Proteus by phenderix is a very powerful mod that adds a ton of features and tools that eliminate much of the need for the game's console commands. With this mod you can save your character to load at different times and even in different saved games, you can adjust your weapons and armor, and you can even spawn NPCs at your whim.

This mod is the perfect download for those who like experimenting with the game and pushing it to its limits, as well as those who could use its character swapping system for roleplaying purposes. 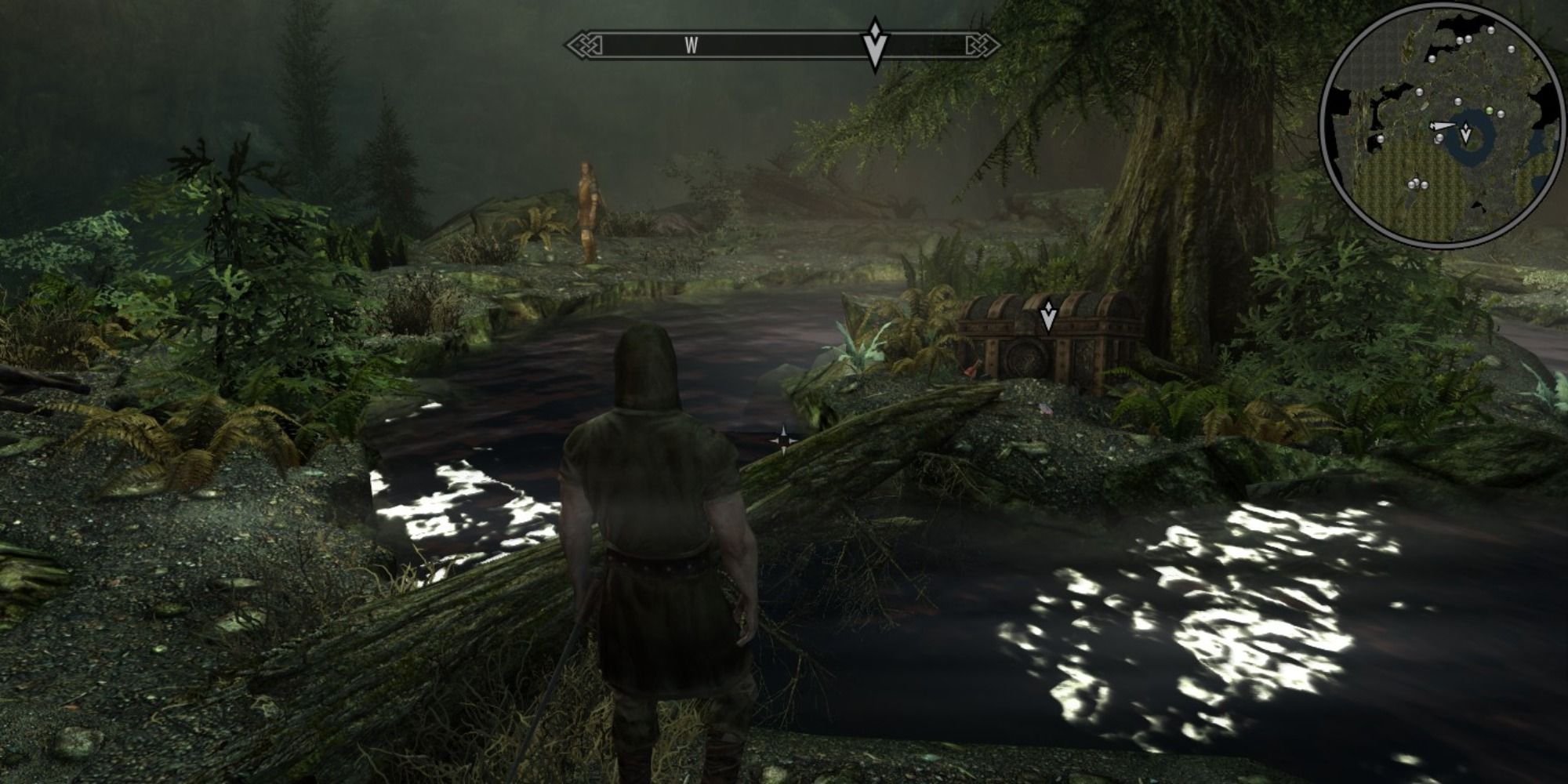 Minimaps are incredibly useful tools to have in many games and Skyrim is no exception. What makes the Minimap mod from Felisky so special is the fantastic implementation of the feature.

This mod adds a minimap to the corner of the screen with a very intuitive interface – it will show zone exits and entrances, NPCs and whether they are hostile or not, and even the location of your current quest target. This is a fantastic quality of life overhaul. 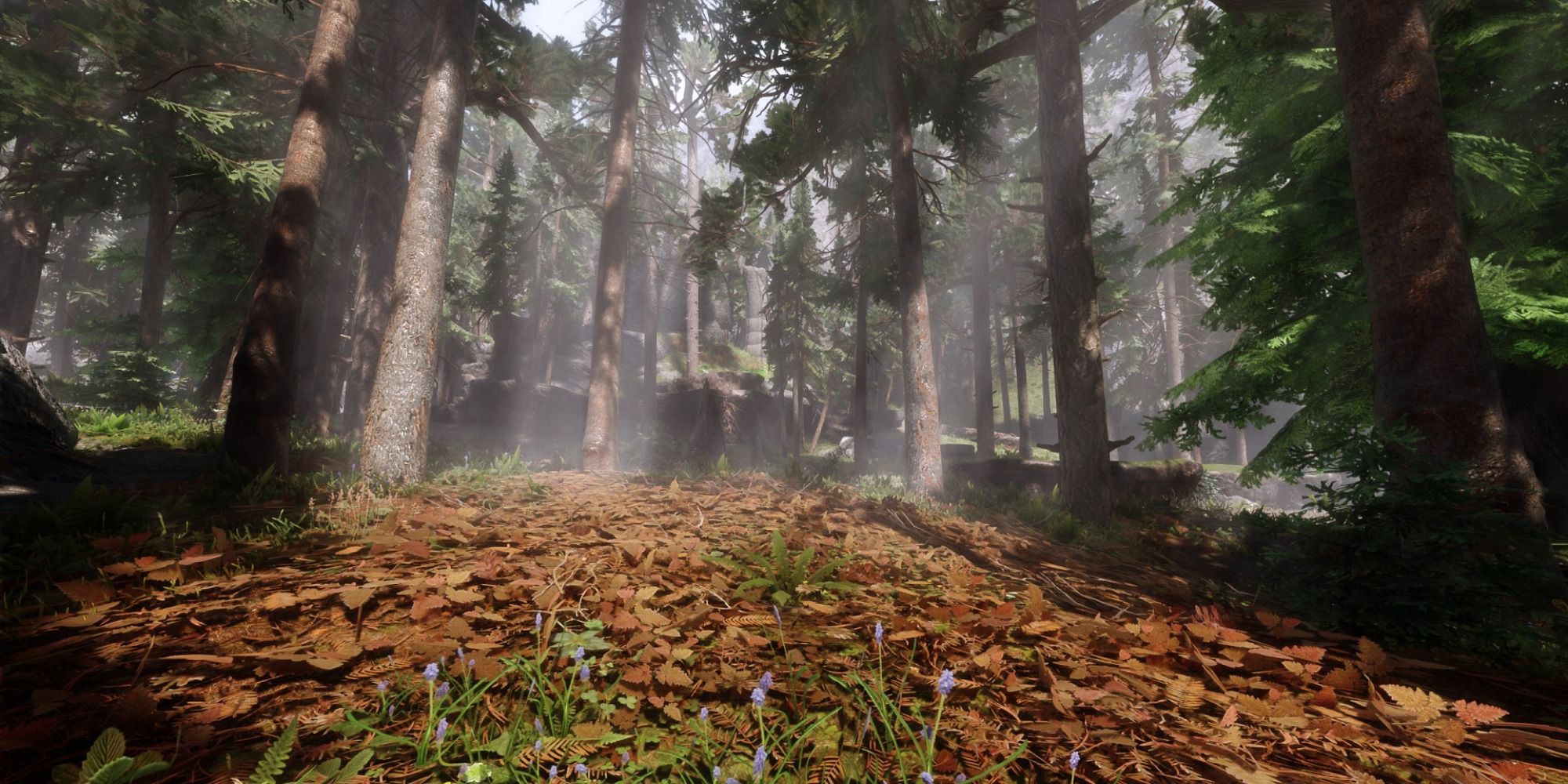 One of the most popular categories for Skyrim mods is graphical enhancements and it's easy to see why – the game has the potential to look absolutely beautiful. Folkvangr by Ababmer is one such mod and it's an expansive one that tackles grass and landscaping.

Not only does this mod add unique grasses to each hold in the game, but it makes an effort to make the transitional areas between holds feel more natural. This is an easy install for anyone who really appreciated graphical fidelity in their games – it's a gorgeous addition. 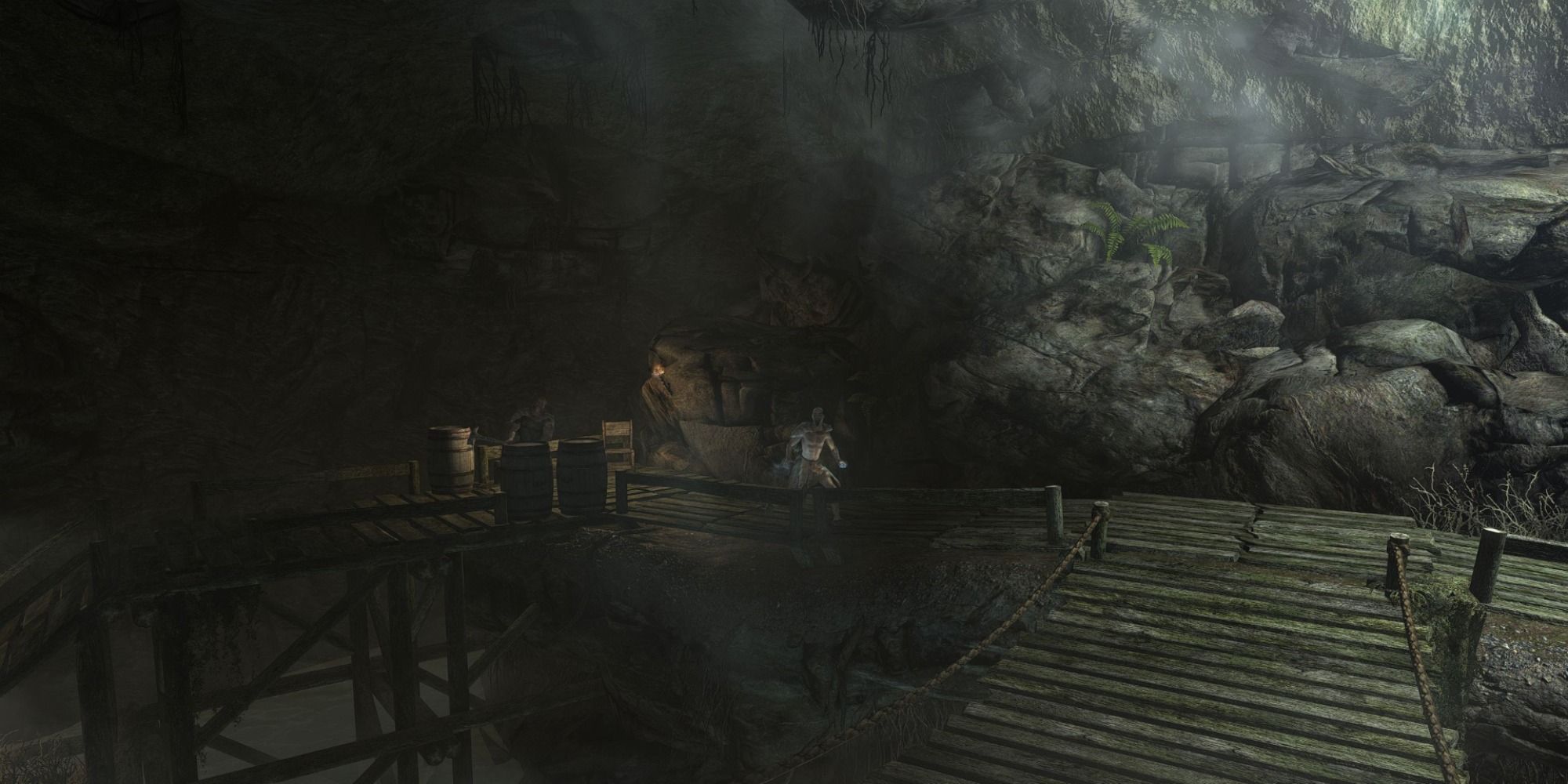 One common criticism levied at Skyrim is that its dungeons often feel quite "samey" with many of them feeling like a chore to delve into. Dungeons – Revisited from Cooleoj seeks to remedy this by making dungeons bigger and making them feel fresh to revisit.

While the mod is still in progress, there is obviously a great deal of effort being put into these dungeon refreshes – it seems that the author is focusing on the most-visited dungeons to begin with, such as Embershard Mine and Bleak Falls Barrow.

3
Stendarr Rising – The Hall Of The Vigilant Rebuild 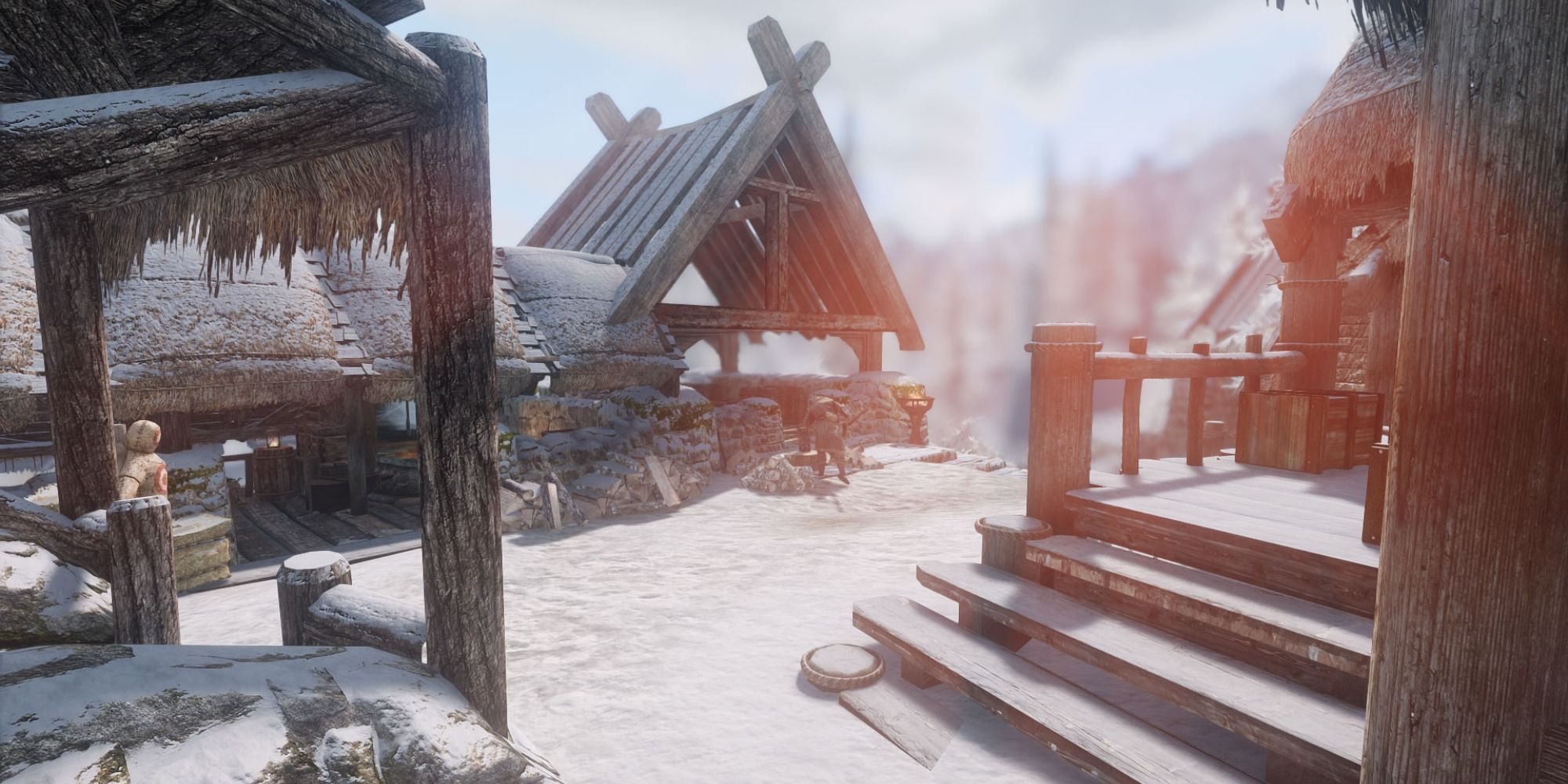 In vanilla Skyrim, the Hall of the Vigilant is devastated and destroyed by a vampire attack as part of the Dawnguard DLC. The problem is that like Helgen, it will remain destroyed. Stendarr Rising is a mod from Teabag86, DrMonops, Janquel, Jkrojmal, and Czasior that lets you rebuild the hall through various quests and resource collecting.

You will be rewarded for your efforts with access to new Vigilant followers, and you can help defend the hall from further attacks – and further attacks will occur. Just like Helgen Reborn, this mod is essential for those who want to make a positive difference to the land of Skyrim after all the things it goes through. 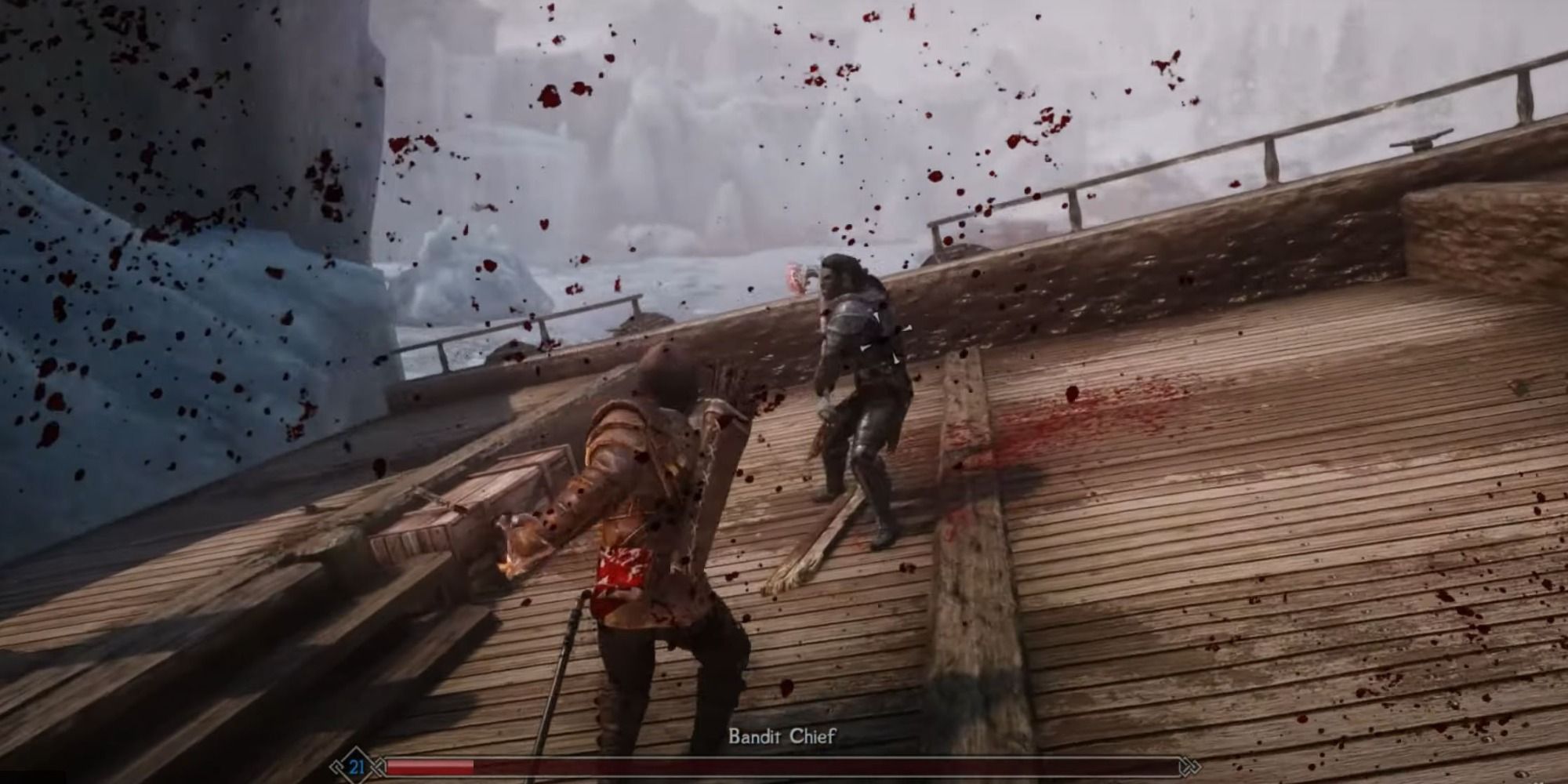 Turning Skyrim into a third-person action RPG is a huge accomplishment and Ersh has managed that with this True Directional Movement mod. This mod turns Skyrim into a whole new experience that revolutionizes how you tackle combat.

What's more is that the mod adds customizable health bars for your targets, head-tracking camera movement, and even supports mounted combat. It's a wholly impressive feat and a must-have for anyone wanting to spice up their Skyrim experience. 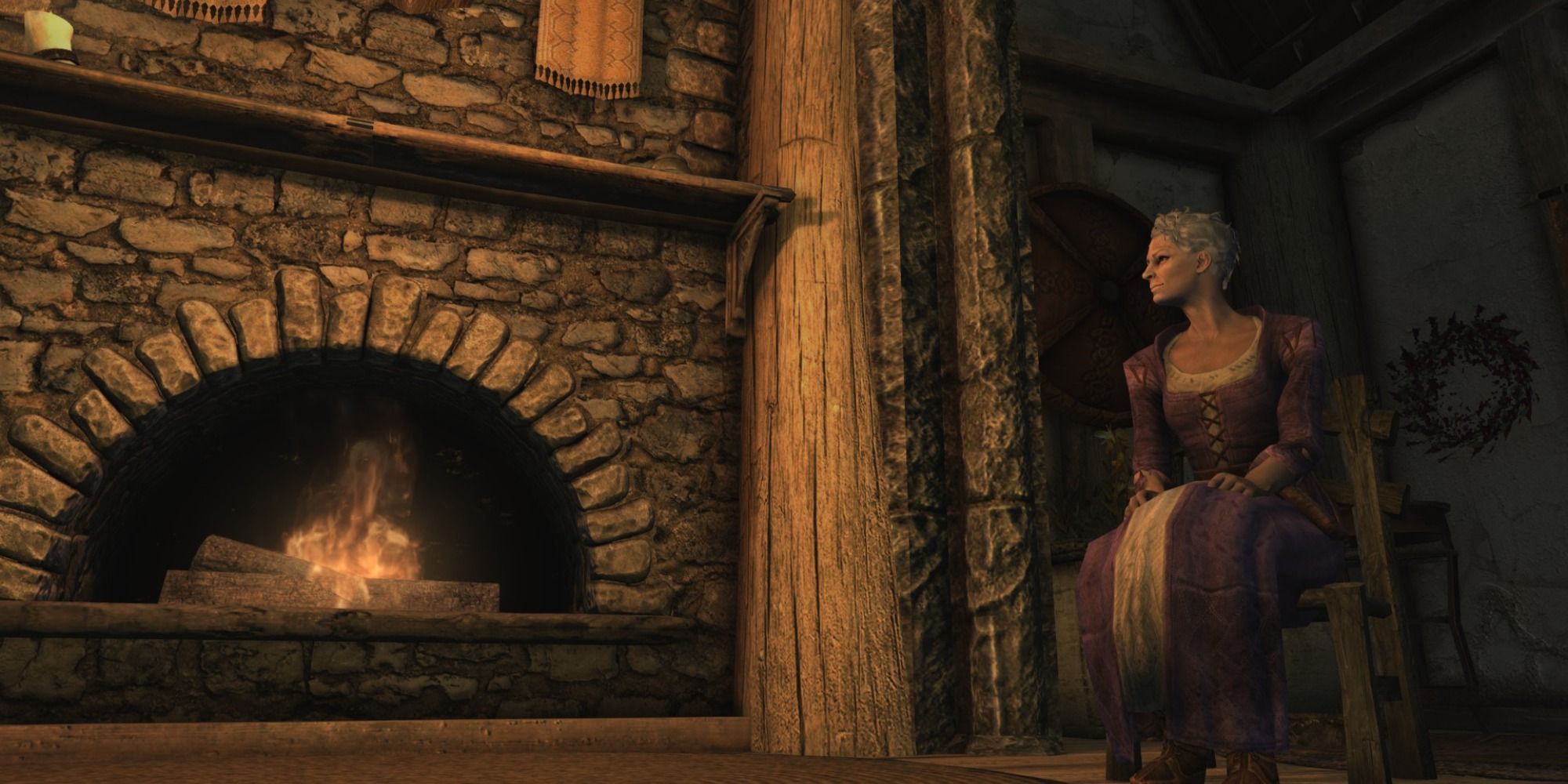 Shirley Curry is something of an icon in the Skyrim community – she is a YouTuber who plays Skyrim with a fanbase that she calls her "grandkids" and a very soothing style. Shirley – A Skyrim Follower Mod from the Circantolius Team adds Curry to the game as a companion – a two-handed barbarian at that!

What's incredibly impressive is that this follower mod is fully-voiced, and by Shirley herself at that! In addition to that, she even has her own custom weapons that you can forge replicas of after you complete a short quest. This mod is obviously a labor of love and it's well worth considering adding to your mod list.