What Gotham Knights may lack with its sluggish RPG progression system and heavy grinding, it delivers through its sprawling map and gripping narrative set amidst the Batman universe. Gotham Knights’ map is quite possibly one of the largest takes on Gotham City yet, split into five wide interconnected districts that each contain their various boroughs filled with a richly detailed environment.

Around every corner of the map lies an area filled with hidden gems, whether it be an exciting Easter egg, a historical location, or something related to another DC property. Here are some that may have slipped past your radar during your nightly ventures in the world of Gotham Knights. 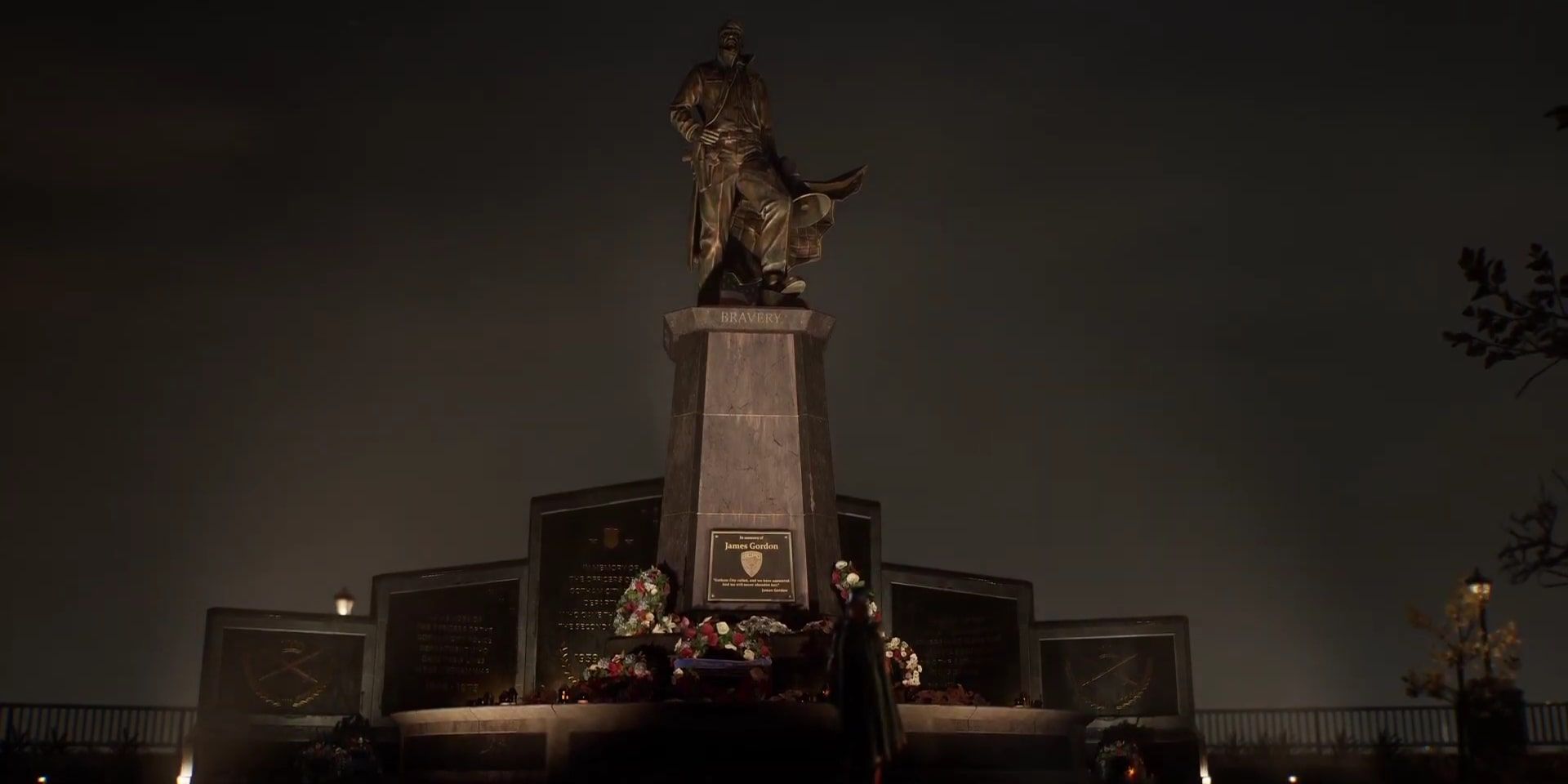 Unfortunately, Batman isn't the only hero that met his end in Gotham Knights. The beloved commissioner of the GCPD and close ally of Batman, James Gordon, passed as well. In honor of his devotion and the everlasting mark he left on Gotham, a giant statue commemorating Gordon was erected, along with the surrounding memorial.

It's a somber but valuable area to be in and one that you wouldn’t encounter if you choose not to complete the individual side missions for Batgirl, the daughter of Jim Gordon. Visiting the Gordon Memorial is the initial part of the Batgirl story missions, and it’s the spot where you get to meet Sargeant Renee Montoya and have her as a contact. 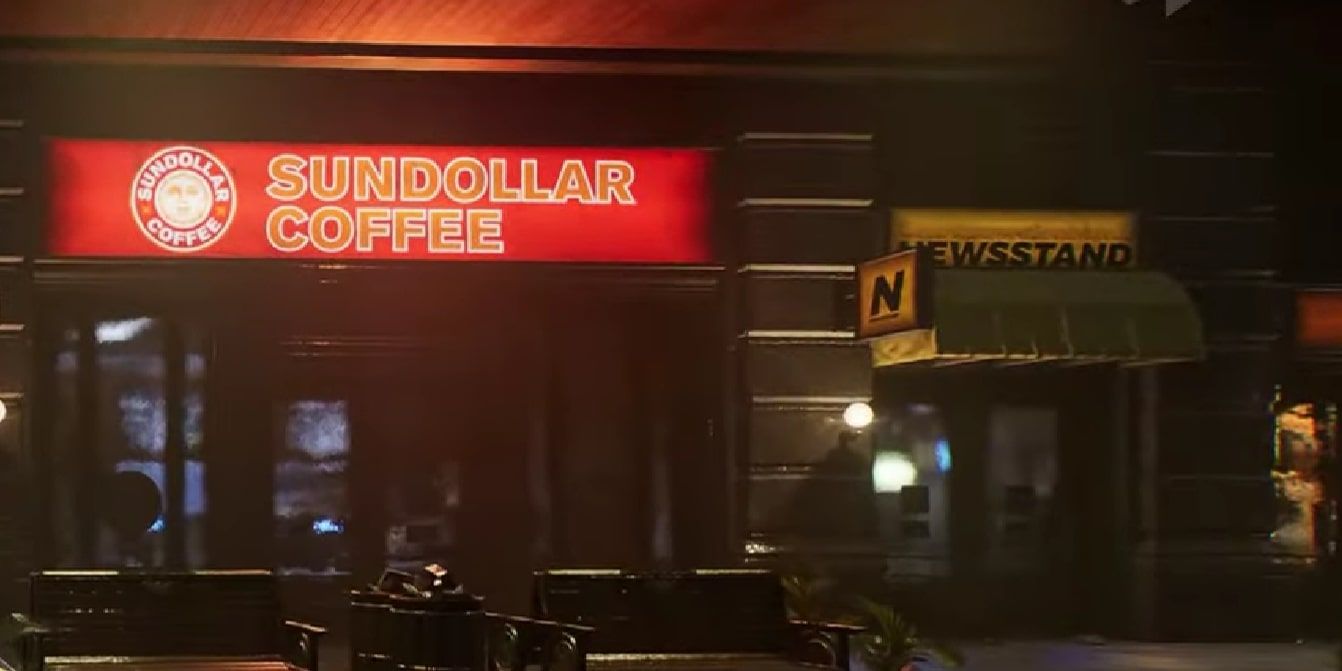 The real world may have Starbucks Coffee, but every DC property gets Sundollar Coffee, and there's a location to be discovered in Gotham Knights. Sundollar Coffee is a leading global coffee chain in the DC Universe favored by characters such as Booster Gold, who also appears as an Easter egg on a cereal box in the game.

The name of this DC coffee shop couldn't bear more resemblance to Starbucks, with the star becoming a sun and the buck changing to a dollar. Sundollar is located near the Gotham City Ferry Co. in the Financial District and placed next to a newsstand, so citizens of Gotham can at least enjoy a pleasant cup of coffee with their daily dose of terrifying news. 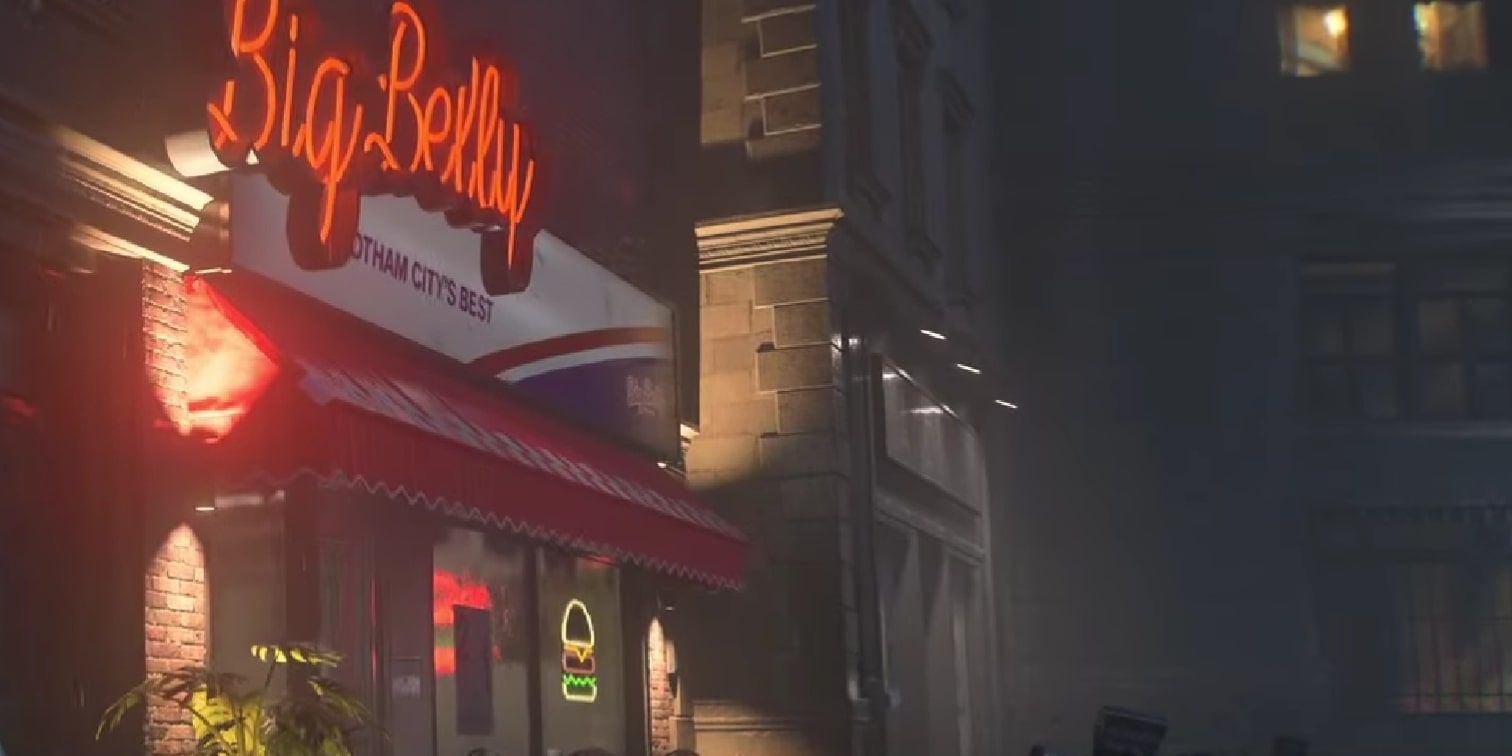 A notable fast food establishment that's referenced frequently in the DC Universe is a burger place called Big Belly Burger. It's a fictional burger chain that started in Coast City and then made its way to other locales, apparently popping up in Gotham Knights and boasting to be Gotham City's finest.

Big Belly Burger is a popular eatery among the Flash family of characters in the hit CW Arrowverse show, particularly with Cisco Ramon and Harrison Wells, who often treat themselves to it. Big Belly being a place you can visit in Gotham Knights is a clear nod to that. Also, the people of Gotham have to eat somewhere, right? 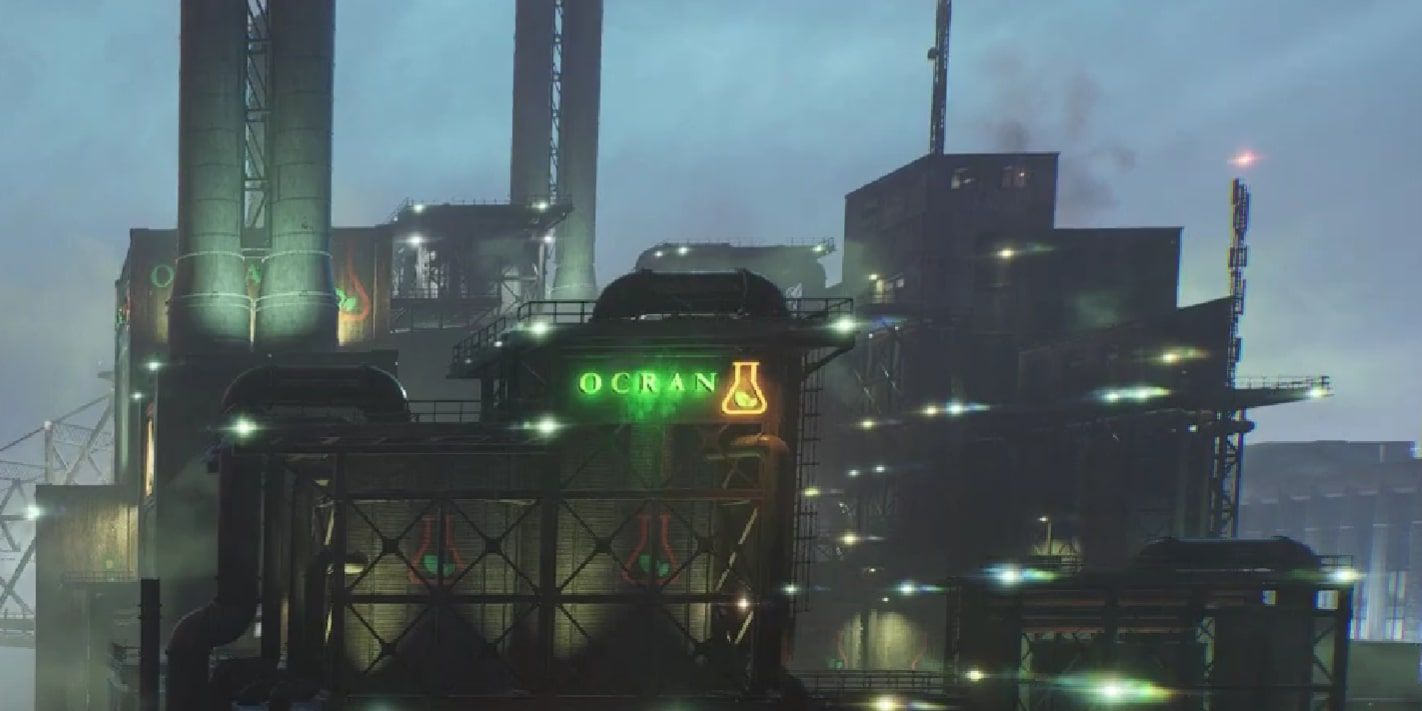 Ace Chemicals is integral to the lore of Batman, as it's the site of Joker's unsettling transformation and had a pivotal role in Batman: Arkham Knight's storyline. Its physical location is seemingly nonexistent in the world of Gotham Knights, and appearing instead is an area on the map known as Ocran Chemicals.

Ocran is a direct reference to Ocran Industries, a pesticide company that developed a toxic chemical whose properties can mutate roaches. It’s from another DC Comics series called The Exterminators. Ocran Chemicals in the game features a batarang location and a kidnapping in progress to stop, so you could easily miss it if you ignore those side activities. 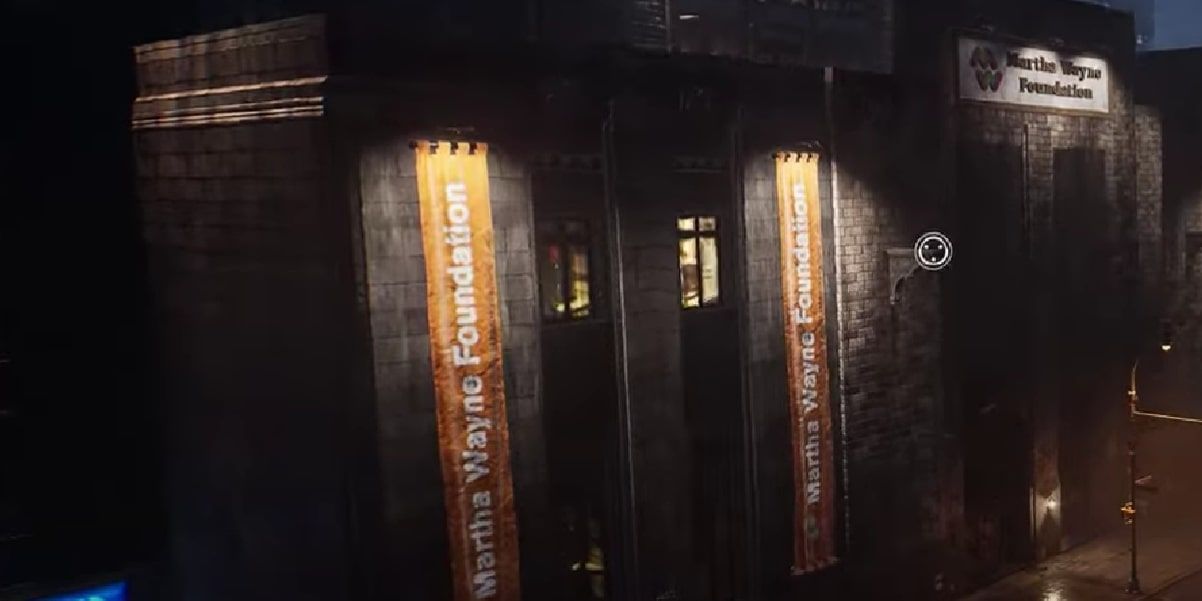 The Wayne family established its legacy through their humanitarian endeavors in Gotham, and Bruce's mother, Martha Wayne, created the Martha Wayne Foundation as a center for arts education and research. It's one of 40 historical landmarks you can discover in Gotham Knights, located near the heart of Historic Gotham beside Grand Avenue, and recognizable by the orange Foundation banners hanging down the sides.

Unique landmarks don't appear on your map until you scan the general vicinity for their plaque, which you can examine and gain a bit of history knowledge from Batman’s point of view. They're relatively easy to miss, particularly the less obvious ones that are sitting in a faraway section of the map, but the Martha Wayne Foundation is easier to come across. 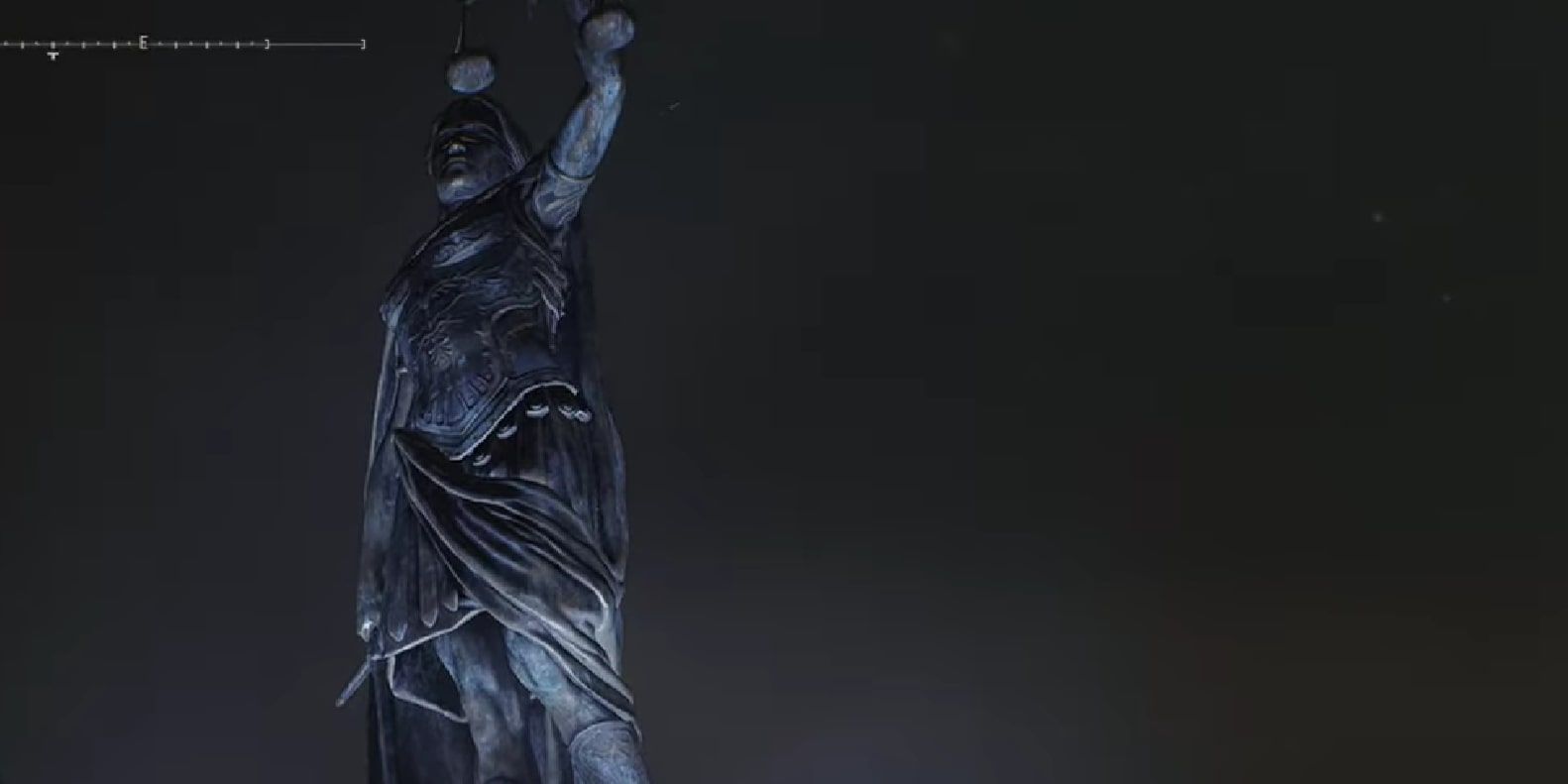 Constructed by the Kane family, the Statue of Justice is an iconic landmark of Gotham that rests at the very edge of the bottom left corner of Tricorner Island, right along the sea. It's as old as Gotham and has the familiar design of a blindfolded lady carrying the scales of justice and a sword, ironically symbolizing that justice is fair and equal in Gotham.

The statue is often referred to as Lady Gotham and represents a similar monument to that of New York's Statue of Liberty or Lady Justice. It's an enthralling piece of history and a callback to the Arkham series that warrants a view. 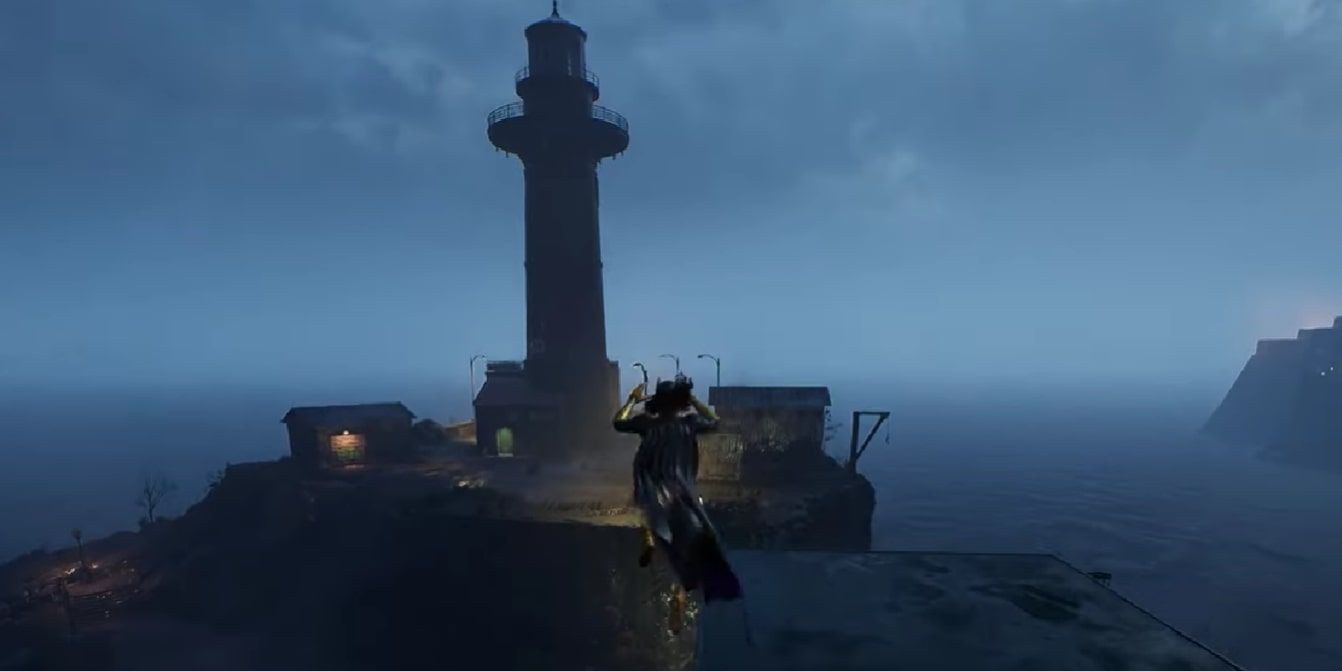 Carmine Falcone is the head of one of Gotham City's most prominent crime families, and Gotham Knights dedicates a cape to his name. Cape Carmine is a distant area located east of the Monarch Theater and marks the endmost island off the Bowery region. At the center lies a towering lighthouse, built to manage trade and smuggling in Gotham.

The lighthouse also serves as a fun Easter egg to the Cape Carmine Lighthouse location utilized as a mission in the 2011 DC Universe Online MMO game. You should check it out if you missed it, especially since it also has a landmark collectible that reveals an interesting backstory regarding Black Mask. 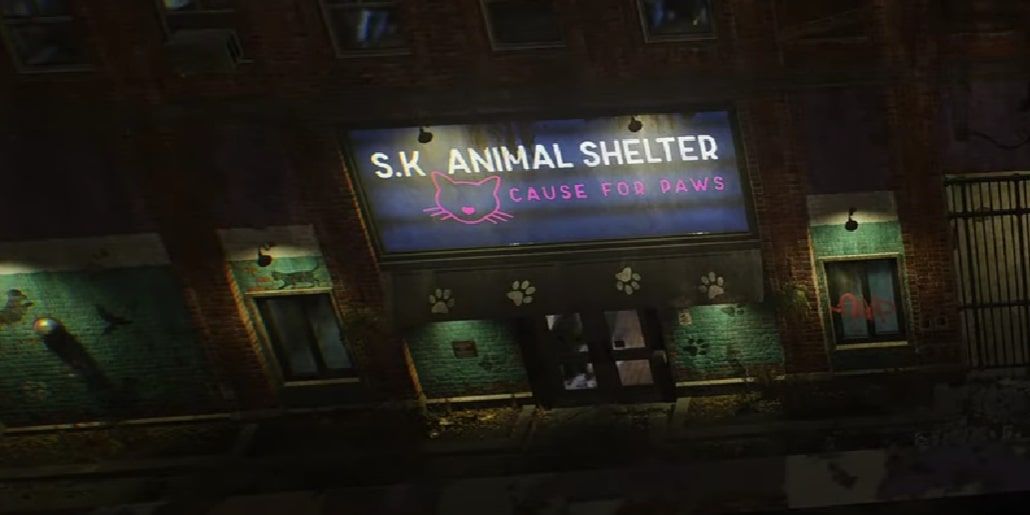 Gotham Knights solidifies itself as a standalone from the Arkham series, not only by its revamped RPG gameplay style but also by the amount of Batman characters present, which is far fewer than the loads taking part across the Batman: Arkham games. Sure, you receive emails from some noteworthy DC characters and acquire little Easter eggs throughout, but more relevant ones like Catwoman are not around.

Hidden away in the Bowery outskirts of New Gotham, along the very end of Atlantic Avenue crossing into Cape Street, there's a nondescript olive-green building with a neon cartoon cat logo called "S.K Animal Shelter." The initials SK allude to none other than Selina Kyle, a.k.a. Catwoman. And in the landmark description, Bruce writes that an anonymous woman has provided money and food to the shelter. It's a thoughtful way of acknowledging that Selina exists in the Gotham Knights universe. 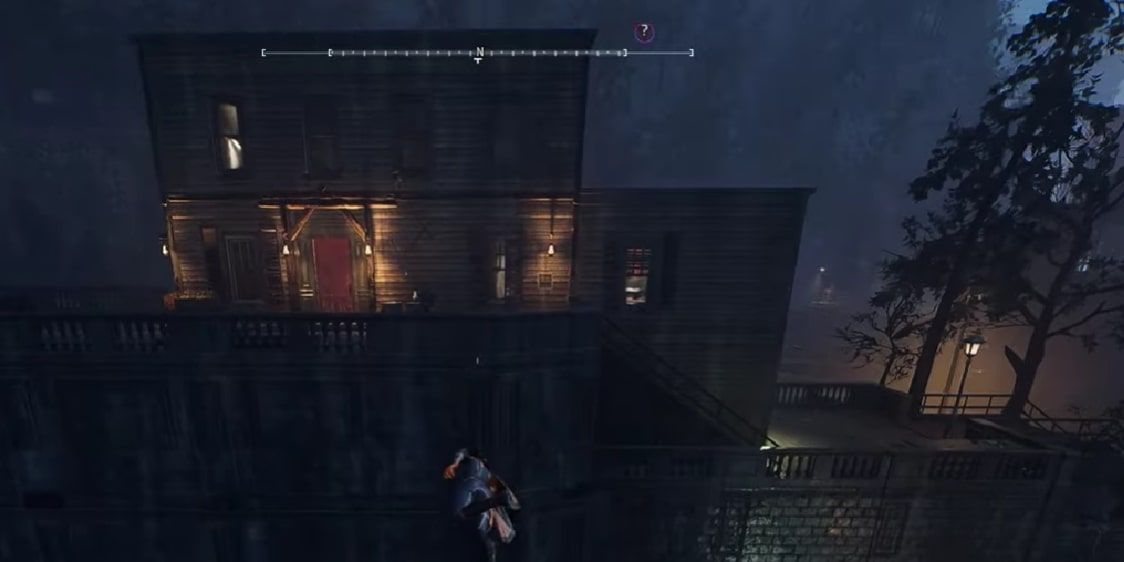 In the early days of 17th-century Gotham, the Wayne family owned a mining company that’s now defunct, yet still standing, in a secluded zone near a forest in the uppermost part of north Gotham. It’s the Old Wayne Mining HQ, and it wouldn’t be at all apparent to you unless you decide to complete all the landmark side activities.

The structure blends in with the darkness and certainly has the look of a decrepit old mining station, with its degraded wood panels, chipped door, and boarded-up windows. It also has the most original and unusual design when compared to the gothic architecture dominating Gotham City's skyline. 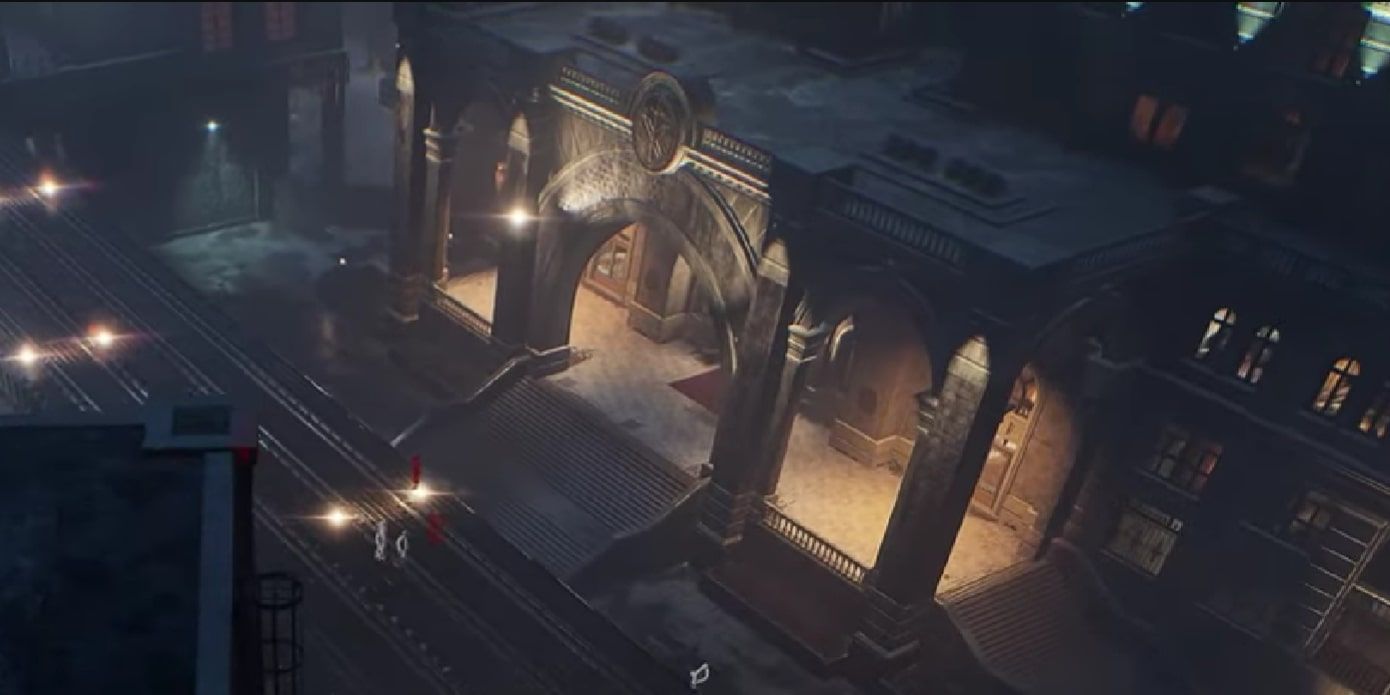 The second chapter of Gotham Knights initiates the Penguin storyline, which sees Oswald operating his criminal network out of the Iceberg Lounge. However, that’s not the only business tied to the Cobblepot family name in this version of Gotham. There’s a factory that belongs to Oswald’s uncle in the Southside area of Lower Gotham overlooking a train platform known as Cobblepot Steel.

The historical information discloses that it's the primary source of steel for Gotham, supplying all the necessary materials that built the city’s infrastructure. It also explains why Penguin purchased the Iceberg Lounge and went his separate ways since his uncle didn’t want anything to do with his criminal status.