Fighting games as of late have been overtaken by a new phenomenon: the guest character. While it is a longstanding tradition for fighting games to feature characters who act as homages to other fictional characters, actual crossover characters used to be far less common. Now, there are only a few franchises that have managed to keep their rosters free of guests.

At a glance, you may think that Akuma is the perfect guest character for any and every fighting game. He even feels like he would be a good fit in most fighting games that other Street Fighter characters wouldn't be. So what's the problem? Well, Cyberbots is a fighting game where giant mechs face off. How did they incorporate everyone's favorite angry karate person, then? By turning him into a giant mech, of course.

To be fair, this isn't the only instance of Capcom mechanizing Akuma, but it still makes for a pretty odd, though admittedly interesting, guest character. And if you are wondering, yes, Akuma has all his staple attacks. So, if you want to see a giant robot do a Shoryuken, he will be your jam.

However, things got even more strange when The Joker, a criminal with no martial arts expertise, who dresses up as a clown, showed up in Mortal Kombat 11. Reptile didn't make the roster, but the clown who fights the guy who dresses in a bat suit did? It is certainly a choice.

Each version of Soulcalibur 2 had their own unique guest character. All of them felt a little out of place for one reason or another, but Spawn really takes the cake here. While fans were happy to get an oddball pick like Link on the GameCube, the Xbox's Spawn just felt like a very confusing choice.

Known for his living cape and vast array of guns, here he has neither. Instead, he wields a small axe. All of it feels a little off. While we are sure there were some diehard Spawn fans who were super stoked for his inclusion, he was definitely a pretty strange addition. Spawn's inclusion in Mortal Kombat, on the other hand, felt like a substantially better fit. 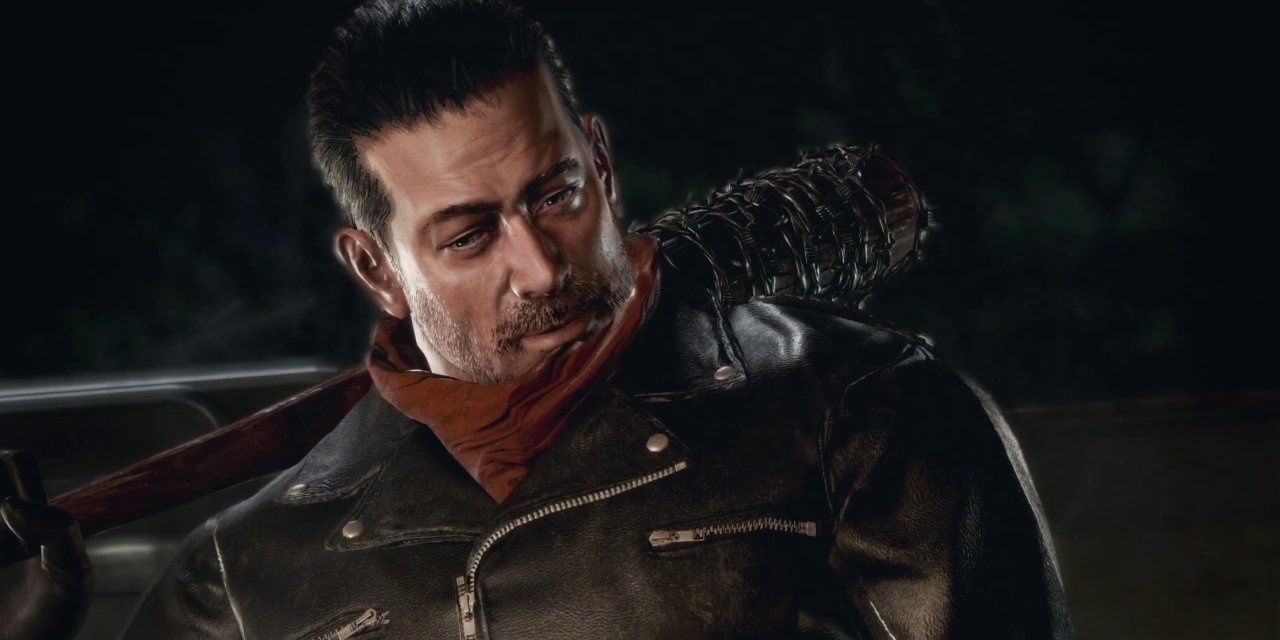 So that is the zany Karate fighting character, he has silly hair and a pet bear. Oh, and that guy, the one with the ridiculous hair, he wants to challenge aliens to a fight. He is super silly! Oh, and that is Negan, he brutally murders people with a bat. What martial arts does he know? Oh, none. He… just beats people to death with his bat.

Tekken is, at this point, largely a farce. The characters are comical, and the plot has gotten very, very silly. So when Namco chose a Walking Dead character to appear in their roster, everyone was a little confused. Seeing him in Tekken 7 still gives us whiplash. 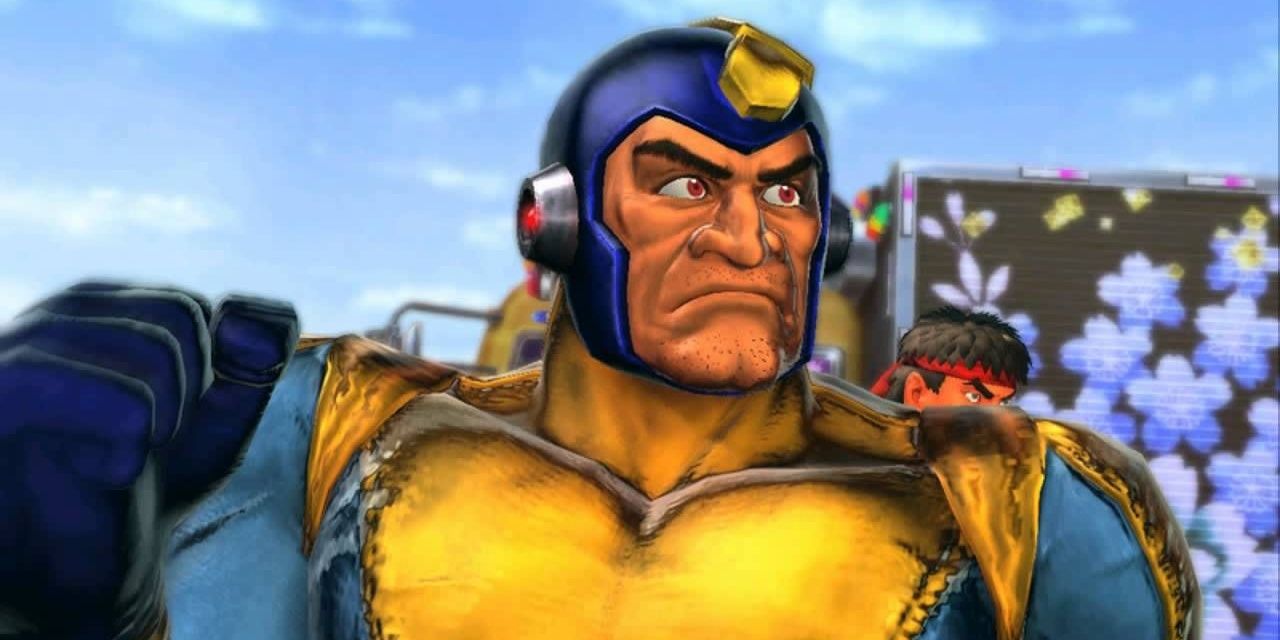 One of the best examples of a meme that existed long before memes is Bad Box Art Mega Man. This cursed variation of the beloved blue bomber is still legendary to this day. Capcom decided to include him in Street Fighter X Tekken as a comic relief character. And while he is, indeed, hilarious, this did unfortunately come at a time when multiple Mega Man projects had just been canceled and the fans were feeling a little bruised.

Oh well, as controversial as he may have been upon release, this oddball character is still a very fun addition to this day. As strange as he may be, it is definitely the good kind of strange.

And here we have another addition that is a total head-scratcher. When you think of all the guest characters that may show up in a Naruto game, the last property you are likely to pull from is Tekken. However, even if you were to pull a character from Tekken, the last of them would probably be Lars.

They did a lot of work to redesign Lars so that he would fit the game and not stand out like a sore thumb, so credit where credit is due. But this will never not be a perplexing guest character.

It is only fitting that Pepsiman be included in the roster of a fighting game, as fighting game fans are some of the thirstiest people on planet earth. While including a character designed solely to sell people soda seems like an odd choice, we can't help but be amused by this quirky inclusion to the Fighting Vipers roster.

Few corporate mascots can claim to have been featured in their own platforming title as well as appearing in a fighting game. In this regard, Pepsiman is truly peerless. Who knows, maybe it is time for this thirst-quenching hero to return?

It only makes sense that one of the fighting game series that would popularize the guest character would also end up featuring one of the absolute weirdest additions. In case you are confused, Soulcalibur is set well into the past. Samurai, ninja, knights… You get the idea. Space wizards with laser swords, who are also frogmen, don't fit super well.

When Darth Vader and Yoda were included in Soulcalibur 4 many people seemed cool with it. Probably because they are beloved characters. But it still stands that they are very, very odd additions to the roster.

If you aren't particularly familiar with Killer Instinct, it is a fusion of modern warriors and horror monsters. So, a ninja can fight a Harryhausen-esque skeleton warrior, and it is all par for the course. It is sorta like if Street Fighter and Darkstalkers were mashed together. Needless to say, there is room for a lot of interesting roster choices here. That includes guest characters.

However, as flexible as that theme may be, it feels like the inclusion of a Battletoad crushes it thoroughly (probably with a giant boot). This is another one of these super goofy additions that is still uniquely charming. That being said, your personal enjoyment will probably depend on how salty you still are over those speeder bike stages.

And finally, we are here. With the legendary, all-time inclusion of Hornet. Who is Hornet? Well, Hornet is a car. More specifically, Hornet is a car taken from the legendary Daytona USA. A car that balances on its rear tires in order to fight opponents. It punches and kicks by having its tires extend outward. It is, for all intents and purposes, the most absurd addition to a fighting game. Ever. And you know what? Hornet is amazing!

There is a wackiness to the Fighters Megamix roster in general that is admirable. It feels like something this absurd will probably never happen again, despite guest characters being all the rage. This flash of brilliance feels like something that could only exist in a '90s game. God bless you, Fighters Megamix; you were too beautiful for this world.