Rumors of a revision to Nintendo’s popular Switch hardware have swirled for months now. While some report and speculate a new model could lower the price by cutting nonessential features, others are convinced Nintendo will release an improved version that may be more expensive with new bells and whistles not found on the launch model.

While we could definitely envision a smaller, portable-only Switch model that costs less, it’s much more fun to talk about the improvements we’d like to see in a potential “Pro” or “New” model from Nintendo. Here are 11 things we’d love to see on a new and improved Switch. 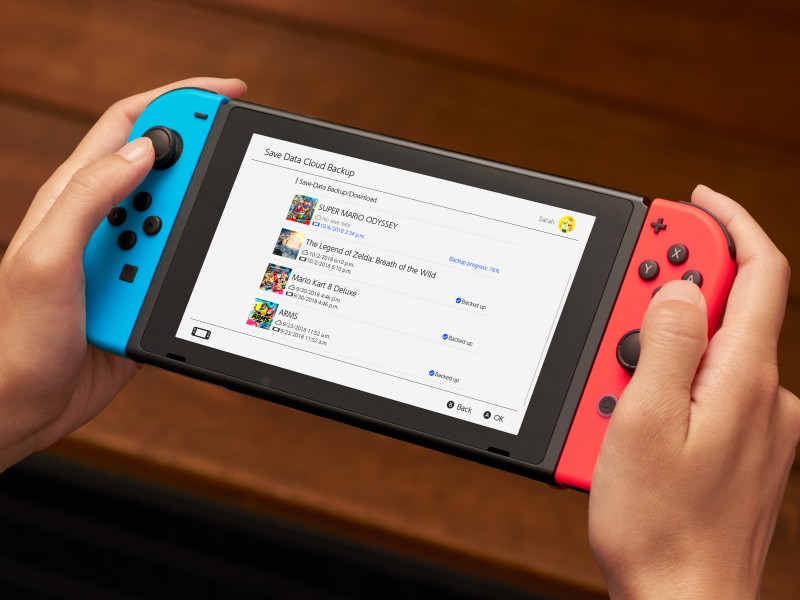 Give Us A Bigger Hard Drive

One of the biggest problems with the Switch hardware is the built-in storage. At a meager 32GB, the Switch’s internal hard drive isn’t even big enough to store certain games on the platform (NBA 2K19 takes more than 30 GB to install, for example). You can expand the system’s capacity thanks to a Micro SDXC port, but that isn’t the point. Out of the box, it would be nice to have a bigger hard drive to house a decent collection before you’re forced to pick up a third-party storage card.

Ramp Up The Horsepower

New Sony and Microsoft consoles are on the horizon, and with that comes substantially more power. Nintendo hasn’t been one to try and compete in an arms race, but unless it adds a little extra oomph to its system, it runs the risk of any multiplatform releases looking and playing much worse than its PlayStation and Xbox counterparts. While a 4K-capable Switch is probably out of the question, something that allows for less discrepancy between Switch and PS4/Xbox One performance would do wonders for future multiplatform releases. 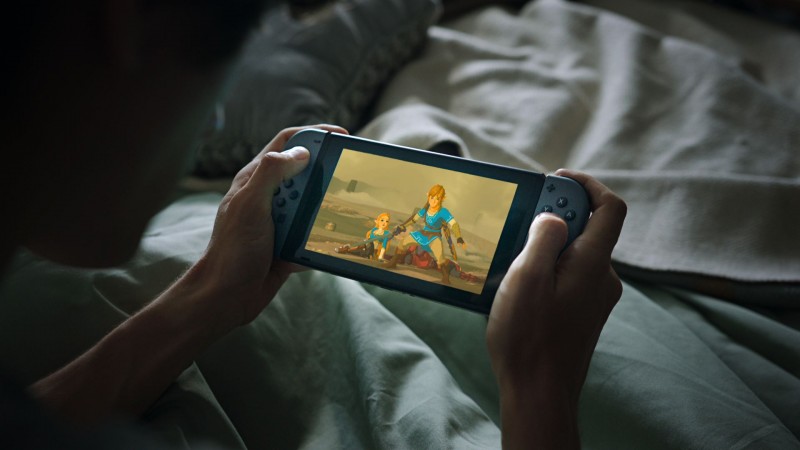 Give Us A Better Screen

Gamers are spending thousands of dollars to ensure they can play games in the highest resolution possible. While increased horsepower would deliver better graphics when docked, a better screen resolution on the Switch itself would allow for sharper graphics when in handheld mode as well.

The current Switch models give you a decent chunk of play time on a single charge, but longer flights and road trips still require you to plug in somewhere during the journey, particularly if you’re playing an intensive game like Xenoblade Chronicles 2. Regardless of the current Switch model’s competent battery life, a longer-lasting battery is always near the top of any portable device’s wish list. 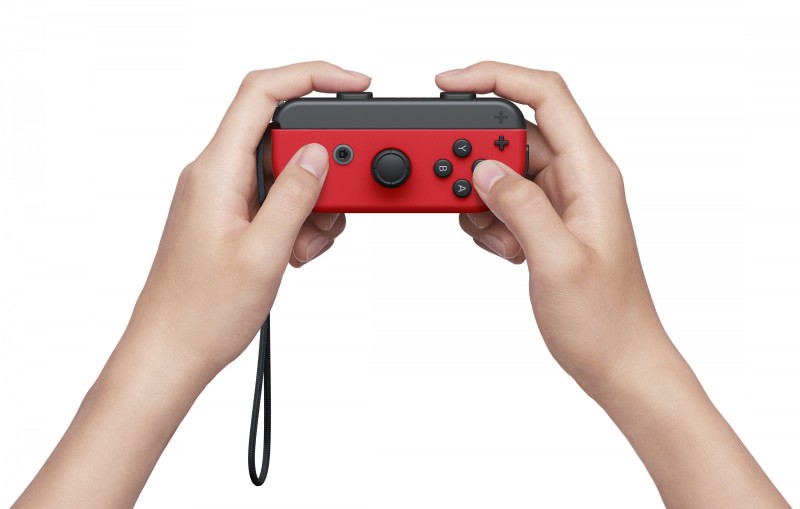 If Nintendo is taking a hard look at the Switch’s shortcomings, why does it have to stop with the console itself? By making tweaks to the Joy-Con controllers, Nintendo could vastly improve the player experience. Our vote for the first revision? Give us an actual d-pad on the left Joy-Con. So much of Nintendo’s history is best experienced on a d-pad, and the four face buttons just don’t do that experience justice. While we’re on the subject, giving the Joy-Cons actual triggers and better analog sticks would also go a long way to making players not feel like they’re getting the “bad controller” when they get stuck with the Joy-Cons during a Smash session where everyone else is using Pro or GameCube controllers. Also, a headphone port would not only let us more easily use headphones, but it would also potentially eliminate the need for the Nintendo Switch Online app for in-game voice chat.

Add An Ethernet Port To The Dock

While most players have wireless networks in their house, plugging directly into the modem is the way to go. Nintendo neglected this for each of its consoles, but there’s no reason to not include an ethernet port at this point. As Nintendo continues to invest heavier in its online service, and rumors circulate surrounding the possibility of Xbox’s Game Pass coming to the system, a hardwired connection will become all but necessary for the best experience. Right now, the only option is to buy an ethernet adapter to plug into one of the dock’s USB ports. It works, but it’s just another cost on top of the myriad other accessories for the Switch that should be base functionalities.

Put A USB Port On The Switch Itself

Speaking of ports the Switch could use, why not add a USB port or two on the unit itself? The dock comes equipped with multiple USB ports, but it would be great to be able to plug in a third-party controller when playing in tabletop mode, or even charge your Pro Controller on the go. 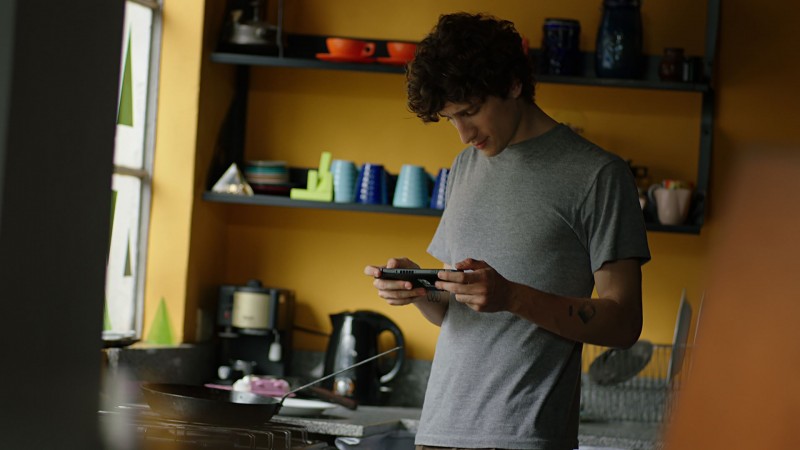 For a portable system, the Switch sure is a delicate device. In our office alone, we’ve experienced scratched and chipped screens, broken kickstands, snapped vents, and Joy-Cons that don’t lock in anymore. If Nintendo and its fans want the Switch to be the flagship portable device, it could use a boost in durability.

This is a relatively minor one, but housing the Micro SD card slot behind the kickstand means that it’s exposed when the kickstand is open or if it breaks off. By relocating it and placing it somewhere along the lines of where the game card slot is, situations like this could be avoided entirely. 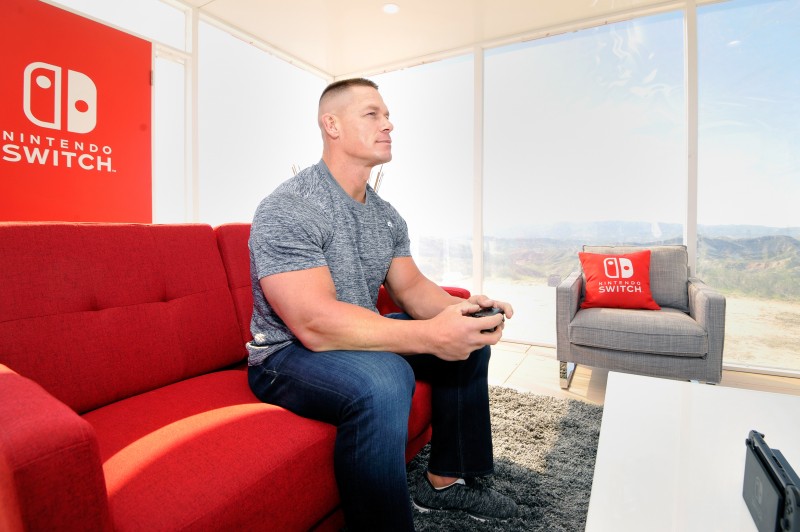 While the Joy-Cons typically feel fine in handheld mode or the Joy-Con grip, any time you’re forced to turn it sideways and play with a single Joy-Con – we’re looking at you, Super Mario Party – it’s not a comfortable experience. If Nintendo truly wants to encourage players to use the two half-controller components individually, making them slightly bigger to accommodate a wider range of hand sizes would help significantly.

Give Us Better Tasting Cartridges

These current ones taste awful.