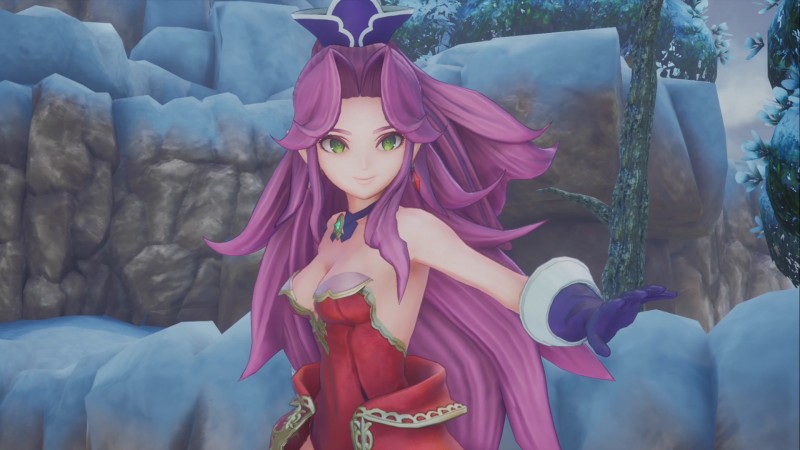 Earlier today on Nintendo’s E3 presentation, Square Enix unveiled both Collection of Mana and Trials of Mana remake, marking the first time that the third Mana game has been released in America. Collection of Mana includes Final Fantasy Adventure and Secret of Mana, which have both been released in the U.S., and now Trials of Mana, which had previously only been known as Seiken Densetsu 3. In addition, much like the Secret of Mana remake before it, Trials of Mana is also getting a fully 3D remake for modern platforms.

We had a chance to sit down today with Masaru Oyamada, producer of the Mana series, and got to learn a few things about the remake and how it came to be.

1. Trials of Mana, both in the remake and the original incarnation, allows you to pick from six characters for your protagonist with their own origin stories. Then you pick two compatriots that join your protagonist’s story as party members and you explore some variation of their quests. Each protagonist has a different quest, like the knight Duran chasing down a wizard that attacked his castle, or the Werewolf Kevin being stymied by a killer Jester as he seeks to save his father’s kingdom.

2. The decision to remake Trials of Mana and bring the Collection of Mana over was because of feedback from the western side of Square Enix. While the remake has been in the works for a while, the western branch of the company suggested that it would make sense to bring the 2017 Switch anthology over as well for fans who would prefer the original.

3. The game looks a lot better than 2018’s Secret of Mana remake. When the remake for Secret of Mana released, it looked a lot like a low-budget remake that did not accurately translate the art from the SNES classic. With Trials of Mana, the developers wanted to put their best foot forward for the game’s first introduction to western shores, so there was an engine change to Unreal Engine 4 and more resources put into making it look good.

4. The partner A.I. has improved since previous games. Taking feedback (and complaints) from other Mana titles, the developers have overhauled the A.I. for Trials. We only got to see a boss fight with extra A.I. partners, but the extra partners managed to attack the boss, the Fullmetal Hugger, in his weak points with attacks and spells pretty competently.

5. The full game will be voice acted and will allow players to choose between English and Japanese voice acting. 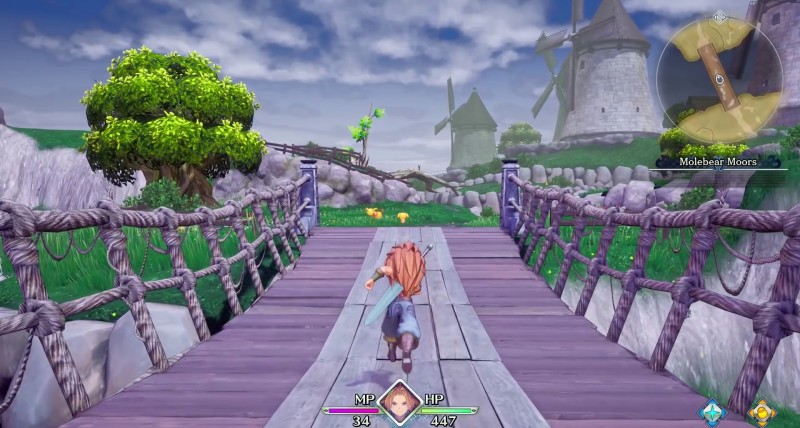 6. Unlike the SNES original, there is no co-op in this version. The developers say they want to focus on the single player part of the game, so you won’t be going through this one with your friends.

7. On the other hand, switching between any three of your party members is seamless and easy. Trials of Mana is definitely an action RPG and each characters looks to have a different play style. Some characters focus on magic or quick hits or big strong sword attacks or a combination of magic and melee, so playing through all the origin stories will feel different in terms of gameplay.

8. The story is not exactly the same as it was on the SNES. While the basic structure is the same, there will be an expansion on the ideas within it. For purists, the original version is out on Switch still, letting the team feel more comfortable reimagining the title.

10. The producers want to remake the entire series eventually, so there may be something for Legend of Mana if Trials of Mana sells well. They also want to eventually make new Mana games that channel the series’ origins better.

11. While the Secret of Mana remake was not on Switch, Trials of Mana is thanks to fan feedback over the lack of Mana on the console. Oyamada said that Collection of Mana was Switch-exclusive because they had to actually get the code for the games from Nintendo, meaning the Switch made sense.

Collection of Mana dropped on Switch today, while Trials of Mana’s remake releases in early 2020.