Valorant Beta Is Live, But Hit With Launch Day Issues

The list of games receiving the coveted 10/10 review is not a long one. IGN is no exception to the rule. The company launched in 1996, and it developed into a pillar of the gaming community. Its opinions are valued, and a game that scores a perfect 10 from the site has a badge of honor to carry with it.

To date, IGN has gifted that elusive score to over thirty games.  The most recent was in 2019, and the first game was in 1998. Frequent recipients originate from the Legend of Zelda and Pokemon franchises, but there are winners of all kinds on the list. Let’s check it out.

Updated by Madison Lennon on March 26, 2020: With so many fantastic video games out there, it can be difficult to decide what to play next. Right now, people have almost nothing but downtime so we thought it was the perfect moment to update this list compiling some of the top-rated games from respected video game critics, IGN.

From Nintendo to Playstation and beyond, there are countless games out there to play and hopefully, this list will make it much easier for players to discover the perfect fit for their mood and playstyle.

15 The Legend Of Zelda: Skyward Sword 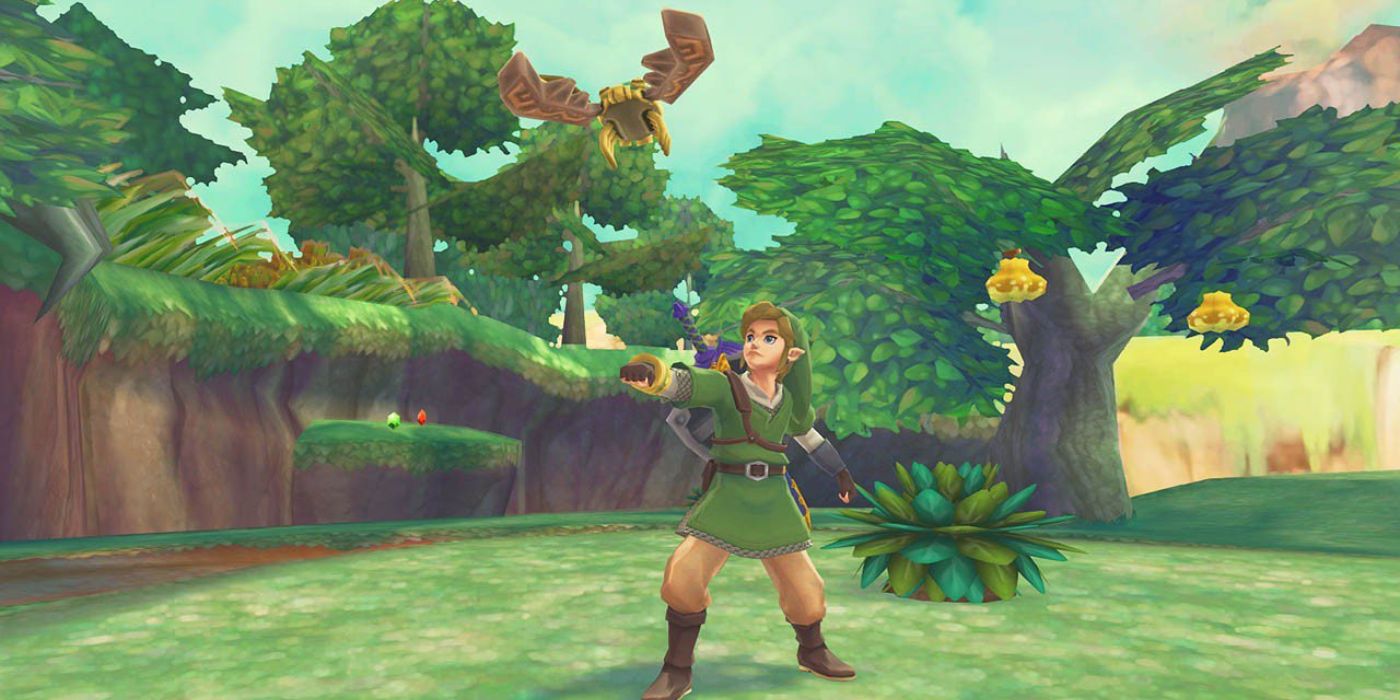 In this game, familiar mechanics such as puzzle-solving return as players explore the town of Skyloft and the place beneath. Link must help track down Zelda after she is kidnapped. In the process, he’ll need to stop Ghirahim from resurrecting his master. 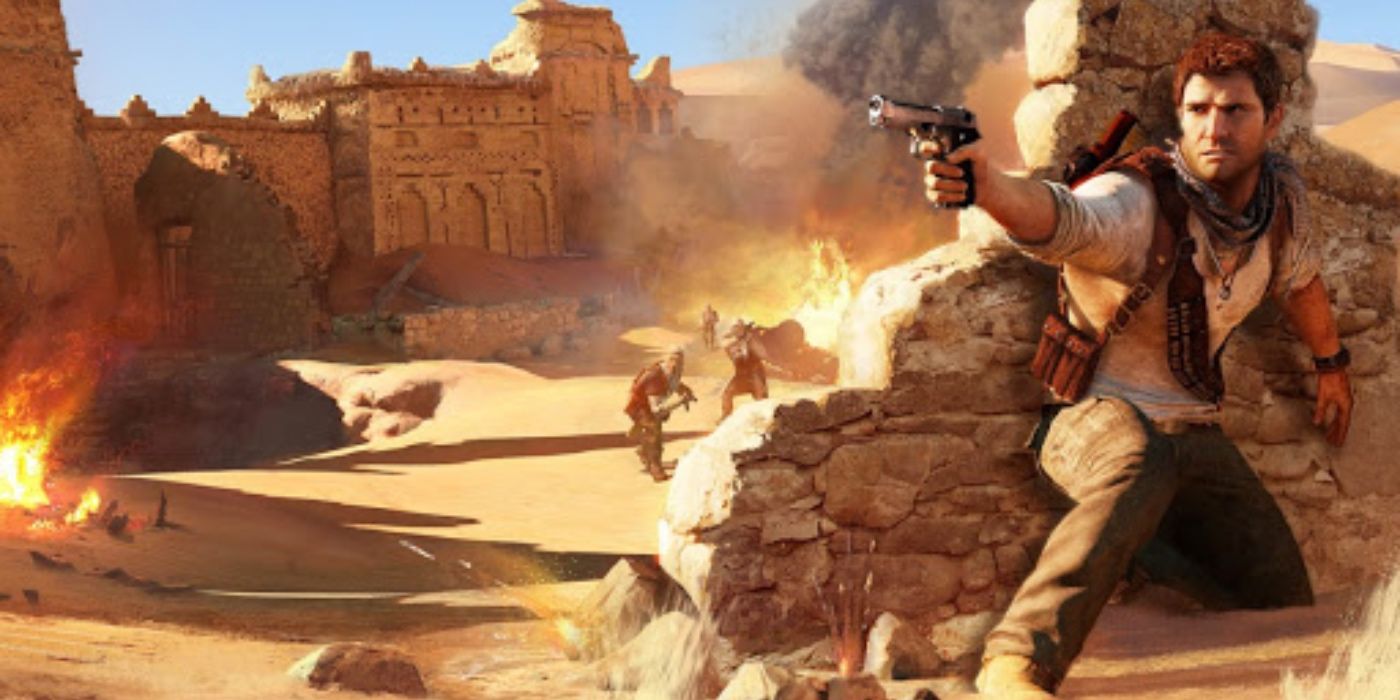 Uncharted is another popular adventure game and has spanned across multiple gaming entries. Those who enjoy the Tomb Raider series will notice similar gameplay styles in both games.

Even though basically all of the Uncharted games are beloved, the third game is often considered the best of the bunch. In this game, Nathan Drake and Victor Sullivan return to search for the lost city of Iram of the Pillars. But they also have to deal with a dangerous mercenary group in the process. 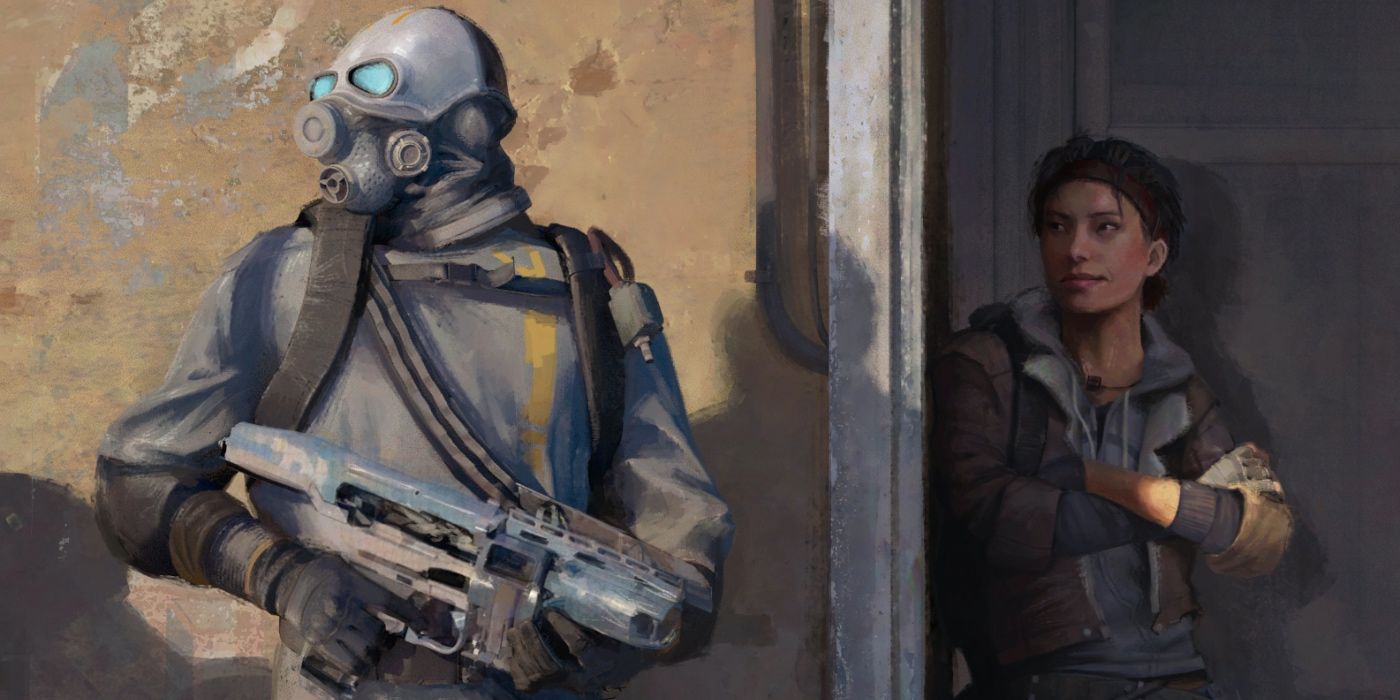 Half-Life Alyx is a virtual reality first-person shooter that has received unanimous praise from critics and a perfect score from IGN. It takes place before Half-Life 2 and has players take control of a character named Alyx Vance. Players will need to fight off an alien Combine that has conquered the planet by using Alyx and her abilities alongside her father.

For those who are long-time fans of the Half-Life franchise, you will recognize many familiar gameplay mechanics in Half-Life Alyx. One neat asset to the game is that players can use weapons with one hand while leaving their other hand free to explore. 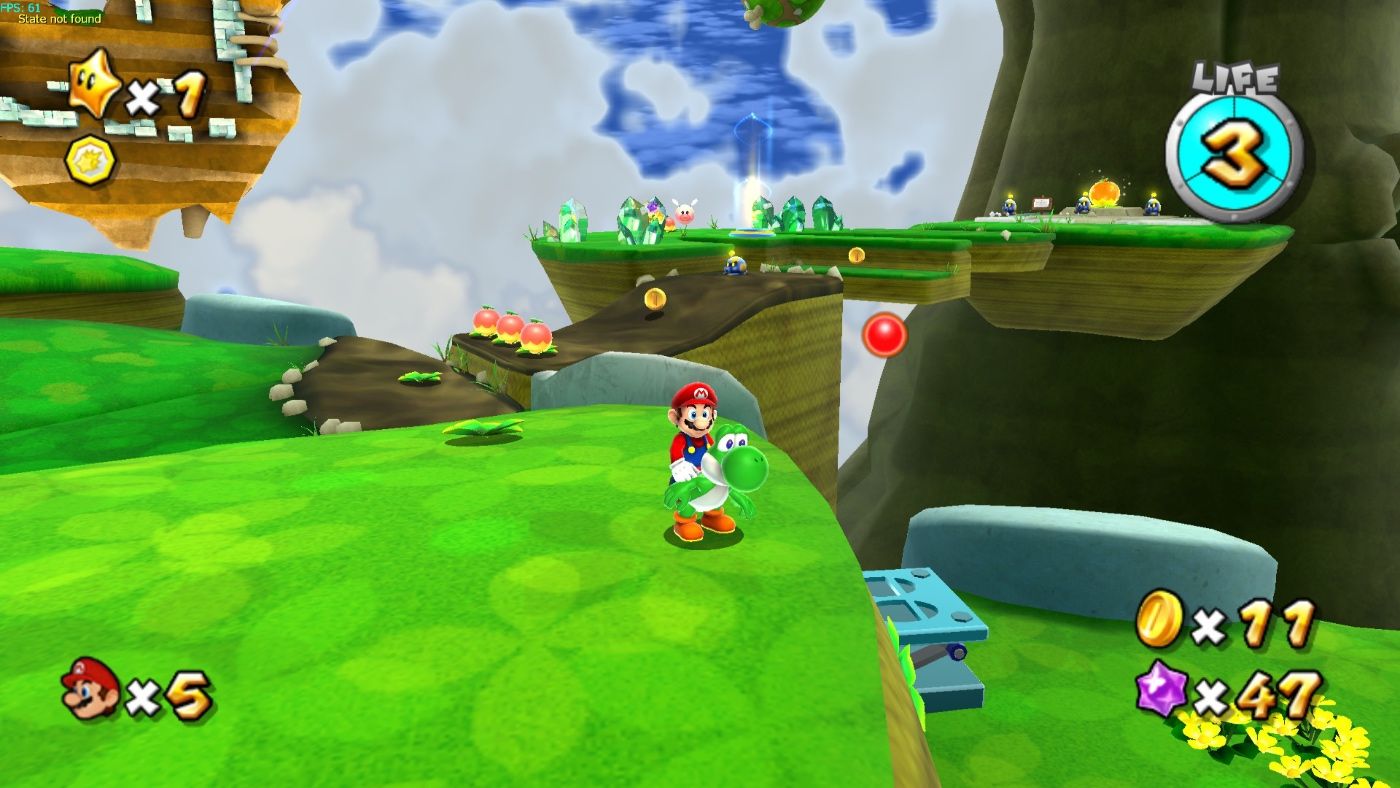 One of the main things people loved about this game is the addition of many new power-ups and the ability for players to ride around on Yoshi. The game begins with the Star Festival and then Bowser crashes it and kidnaps Princess Peach, leaving Mario to go on a rescue mission across the galaxy. 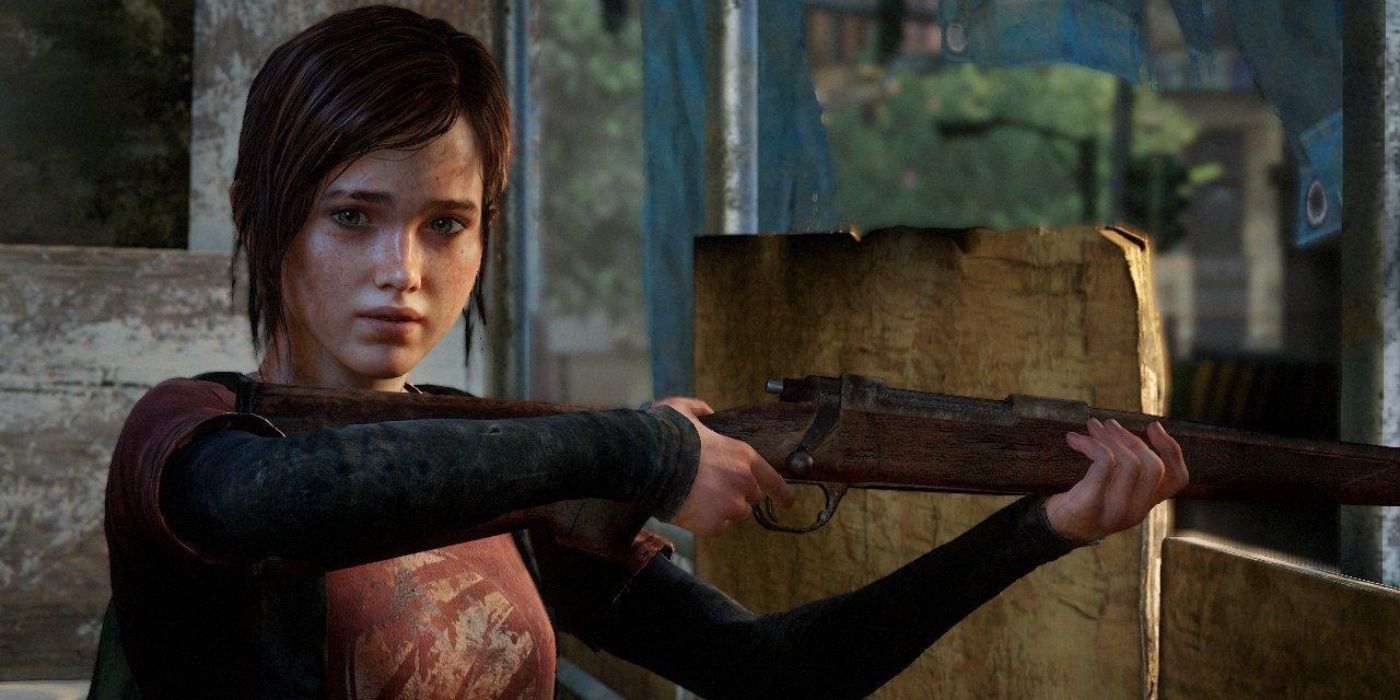 The Last Of Us is largely considered one of the best video games of all time and perhaps the best zombie apocalypse game. Players will take charge of Joel, a survivor of the zombie breakout that robs him of his daughter in the beginning of the game.

From there, Joel will be entrusted to take care of Ellie, as she is immune to the virus and every hope for human survival rests on her shoulders. It will be your job to help Ellie get to the people who can create a vaccine while traversing across the ravaged country. 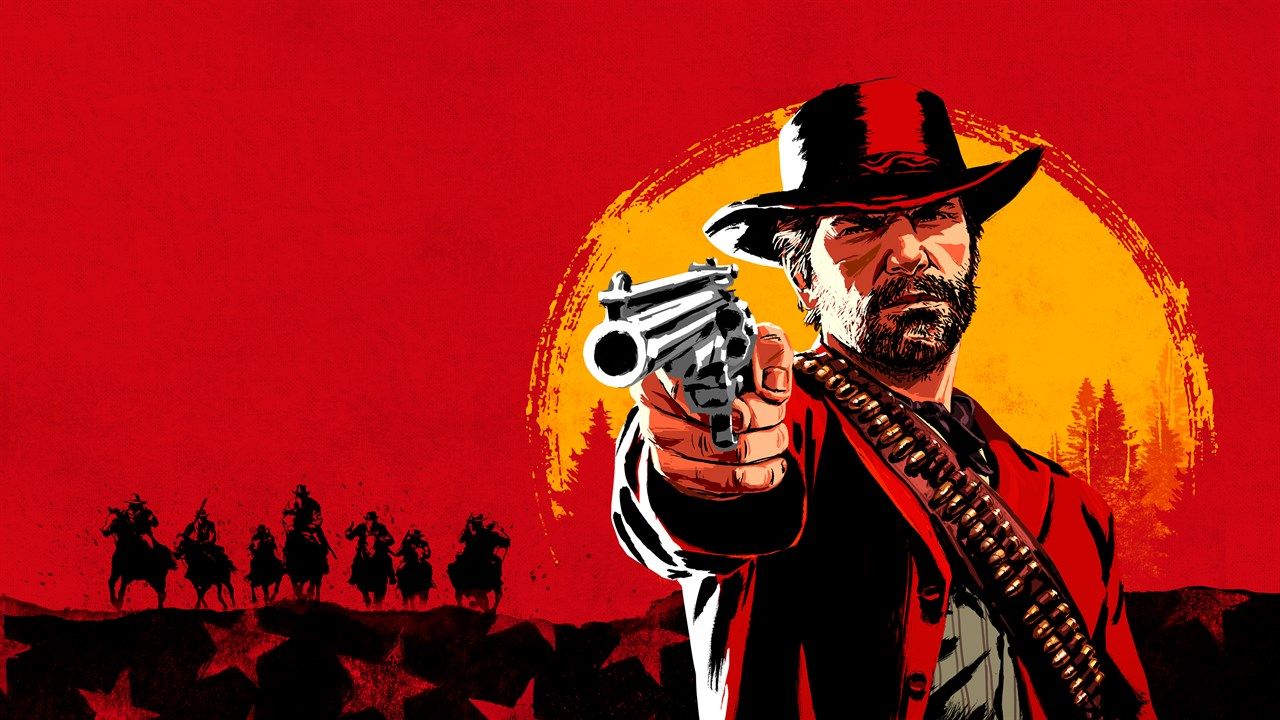 The sequel to the much-beloved Western Red Dead Redemption burst out the gates and hit the ground running. While the game’s release suffered some controversy after details emerged of the work environment over at Rockstar, it has received overwhelming acclaim.

The story, the open world, and the seemingly limitless possibilities create a tantalizing pull for gamers. A perfect score is not a surprising accolade to have won from IGN as the game received high scores across the board. The critical and commercial success of Red Dead Redemption 2 is massive. 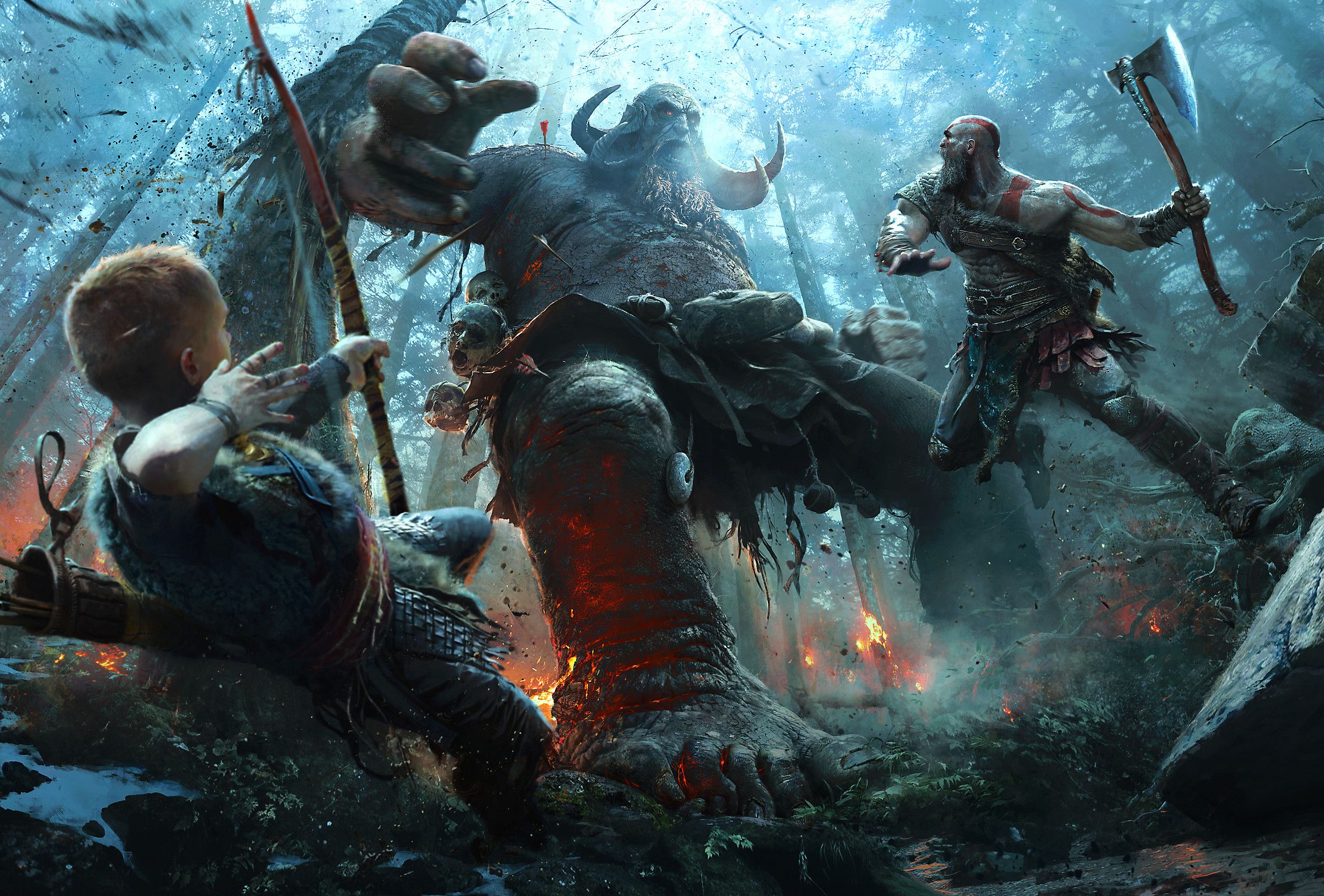 The latest title from the violent series takes an enraged Spartan and tosses him into the snow. An older, more restrained (kind of) Kratos is left to care for his son, Atreus, amidst a lot of divine intervention. The fight-filled franchise is at its best here, and IGN felt it deserving as well.

The game is exclusive to the PlayStation 4, so if you’re wanting to test yourself against all the men and beasts of the nine realms, you’ll have to check it out on the Sony console. You won’t regret it because there’s nothing more satisfying than chucking a Leviathan Axe. 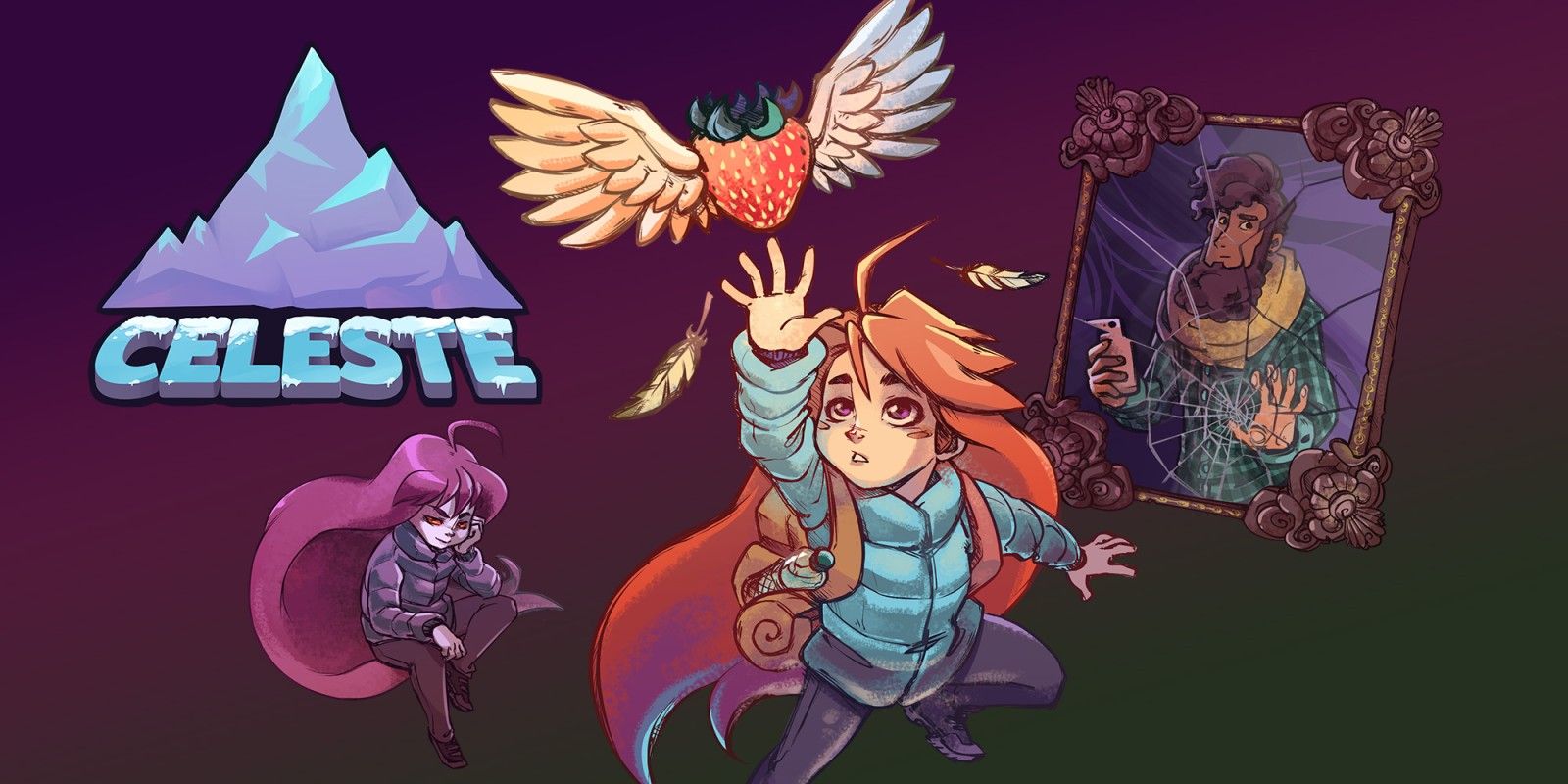 Little Madeline needs to ascend the mountain, and only you can help her. The 2D platforming video game has a lot of charm, and the developers brought a simple concept (jumping) and elevated it to a new level. Thousands of games make you jump.

Celeste is all about jumping, and it takes skill to navigate through the sparse but pretty environments. What captivates most gamers and reviewers is the story that accompanied the game. It possesses depth and meaning that isn’t often found in similar games, and Celeste weaves it into the level design with intention. 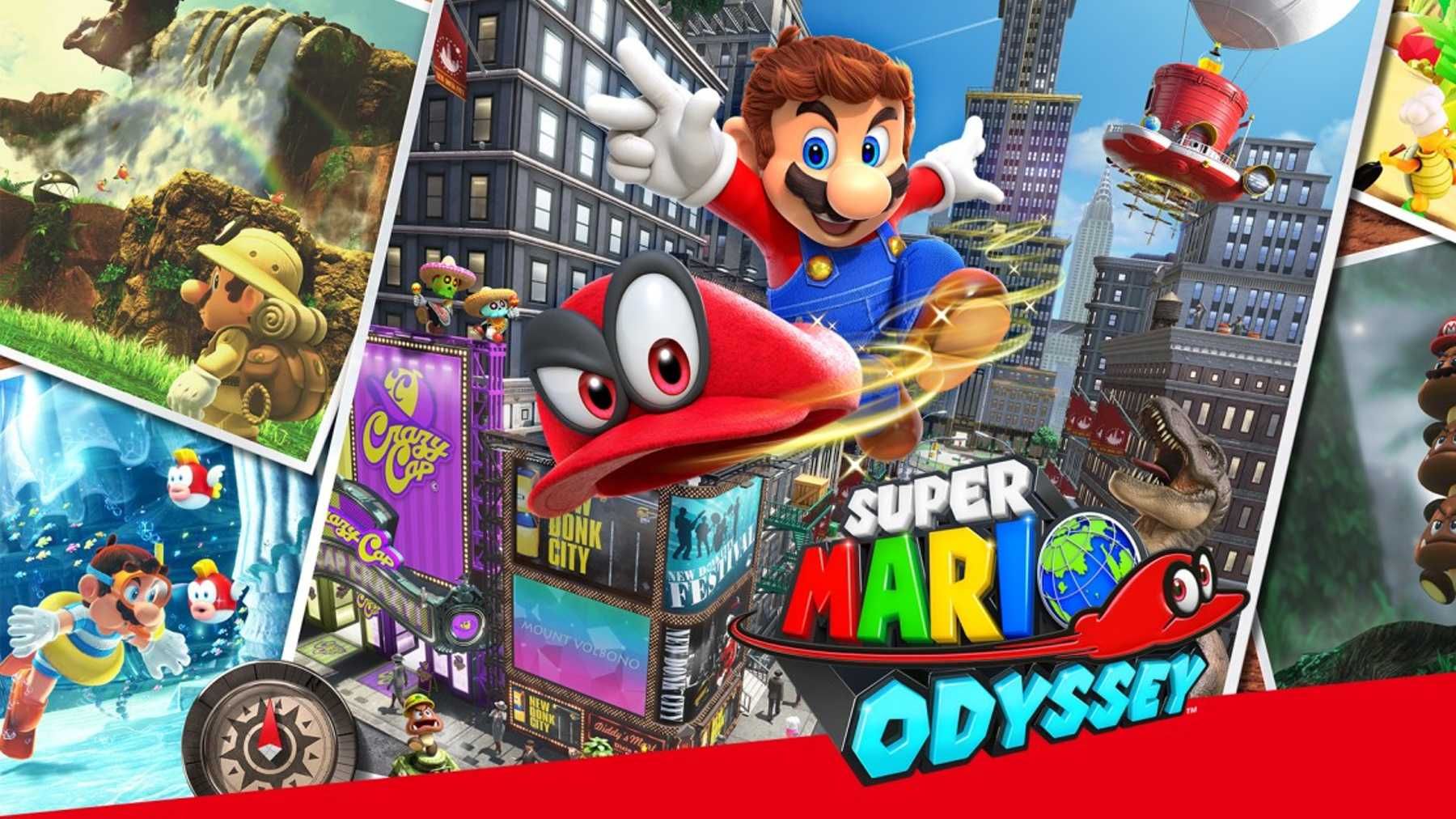 Super Mario Odyssey, alongside Breath of the Wild, made a clear statement with the release of the Switch: Nintendo means business. Within six months, two GotY contenders came out for the console. But Super Mario Odyssey didn’t just give audiences another entry in the Mario universe. It encapsulates (pun intended) all the joy of the old games and brings a fresh angle with which players could experiment.

Everybody has jumped on Goombas and dodged Banzai Bills, but what if Mario could inhabit all the enemies and creatures of the worlds he visited? That singular thought led to one of the most enjoyable adventures in the Mario franchise. 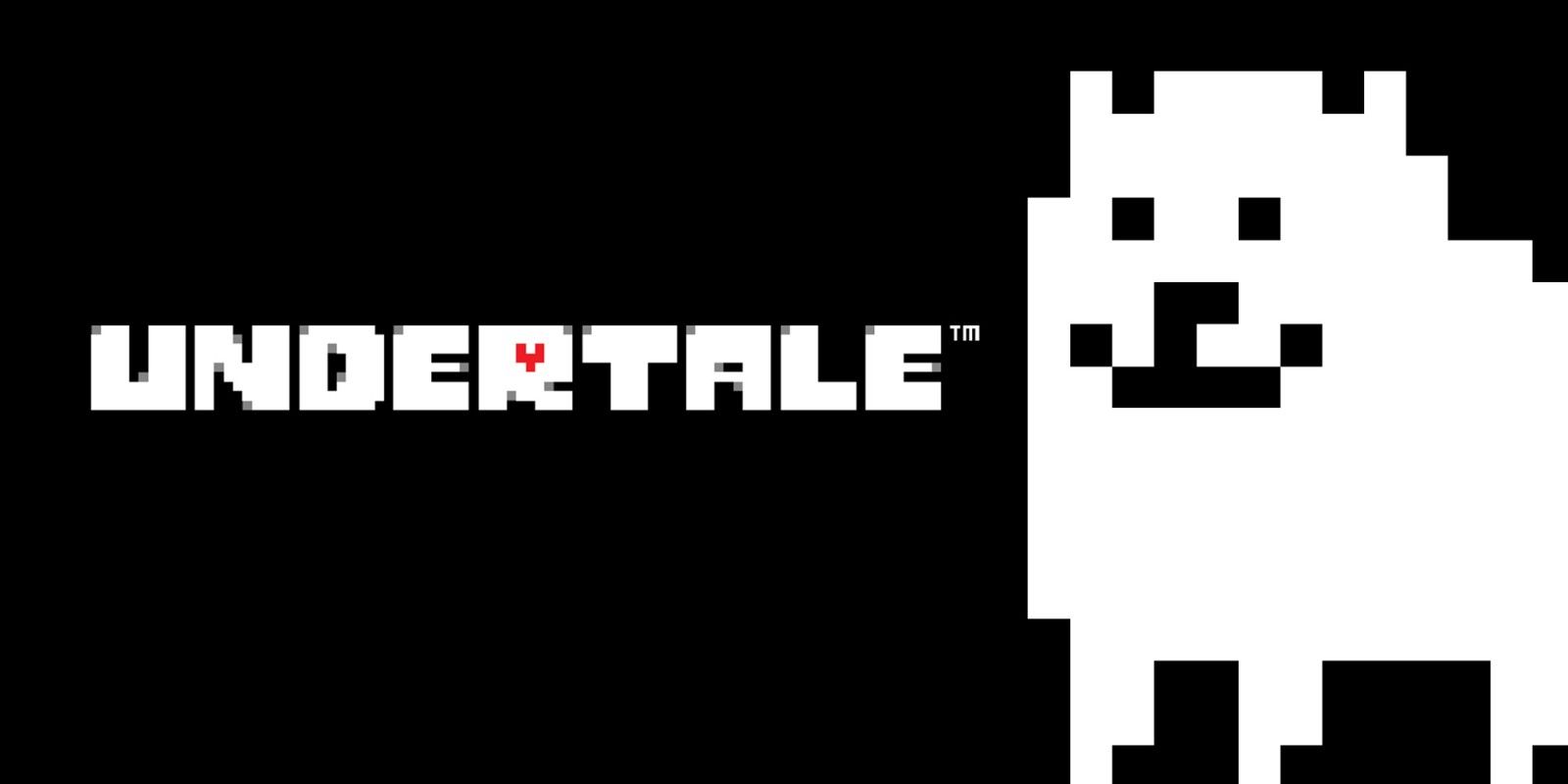 An RPG that subverts expectations. Undertale knows that it’s a game and that it’s being played by gamers, so it manipulates the situation. The resulting experience is specific to each player, and the game evolves or adapts to match the choices a gamer makes.

When developers understand what players will naturally attempt in a game and then modify the game to react, the emotional response is heightened. IGN recognized the virtues of Undertale because the game didn’t just sit and wait to be played. It stood up, walked around, and engaged with the player in a very novel way.

5 Legend Of Zelda: Breath Of The Wild 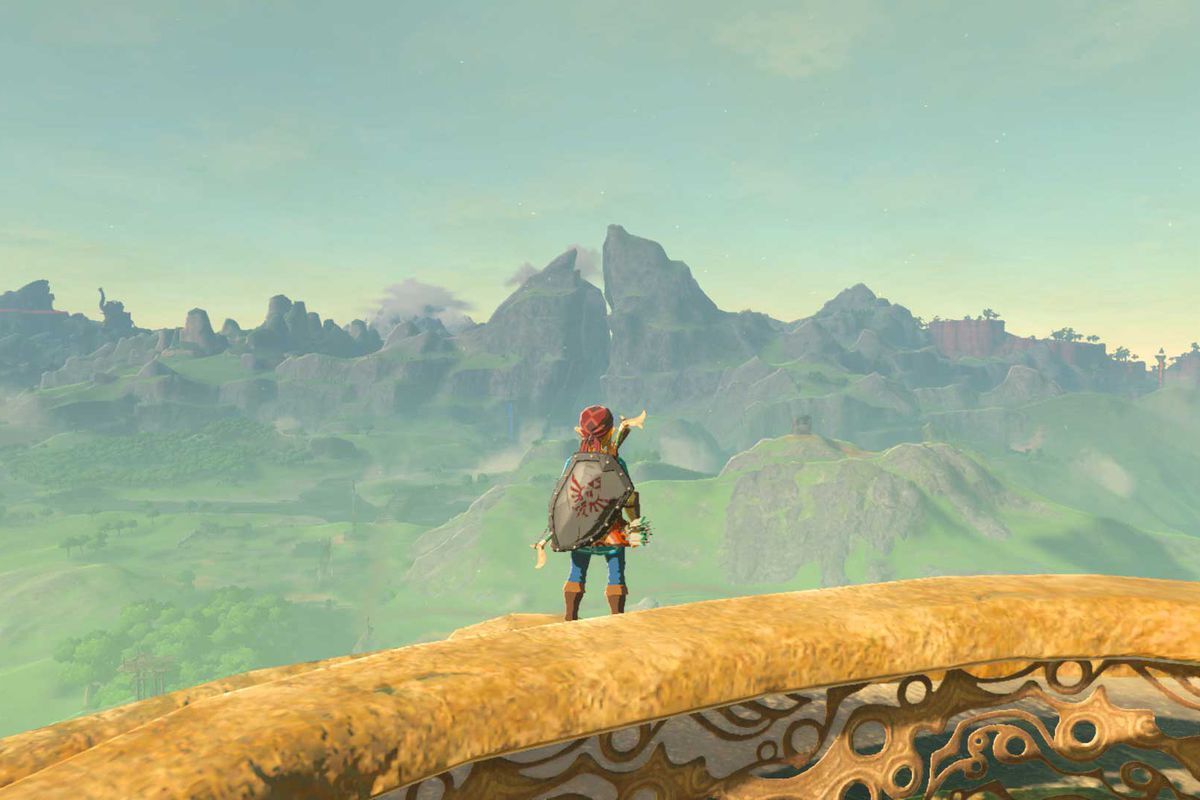 Prepare to sink hundreds of hours into this game. It won just about every award that exists for video games, and it was worthy of the critical adoration. The first open-world Zelda game, Breath of the Wild made Hyrule an absolute joy to explore.

There is so much content hidden away for players to discover. Months after the release, gamers were still finding easter eggs and new things to do. It’s rare when a game comes out that captivates audiences so dramatically, but Breath of the Wild is a must if you haven’t dived in yet. 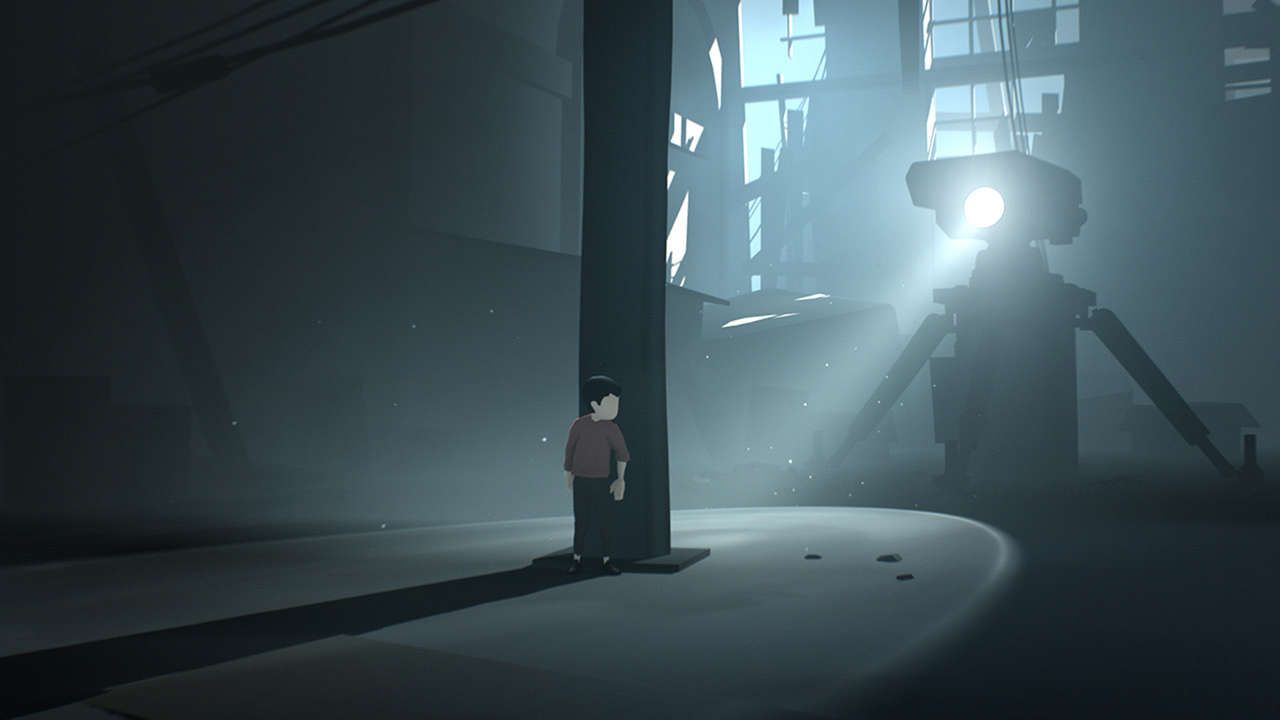 Developer Playdead garnered a lot of attention when it debuted with Limbo. The platformer was an unsettling experience, and it was wonderful. So when Inside came next, the audience was ready for another hit, and Playdead did not disappoint.

The game mixes beauty and horror and, for most of the experience, the player is sliding between those two extremes on the spectrum. It’s haunting. In a good way. And the puzzles do not disappoint. But the real merit is how Playdead weaves the visuals, gameplay, and story into a cohesive whole that doesn’t disappoint. 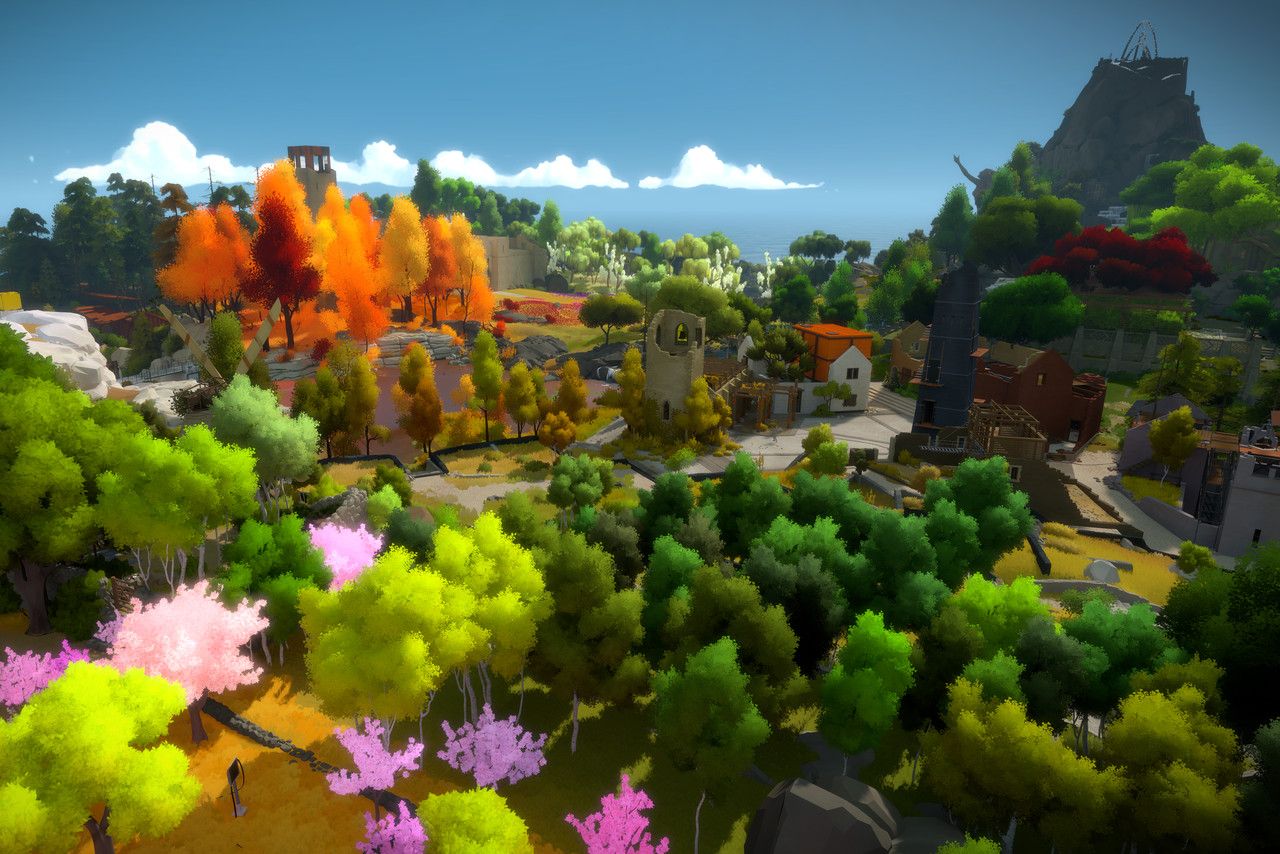 The Witness is an absurdly addictive puzzle game set on a mysterious island. The variety and the multitude of puzzles in the world cannot be understated, and there are secrets to uncover as you explore your surroundings.

The game is challenging, but there are always methods to decipher what you’re supposed to do and how. The joy lies in untangling the threads. The puzzles range from visual to auditory, from small to large. There are enough of them that you might start seeing them in your sleep, but The Witness is not something you want to miss. 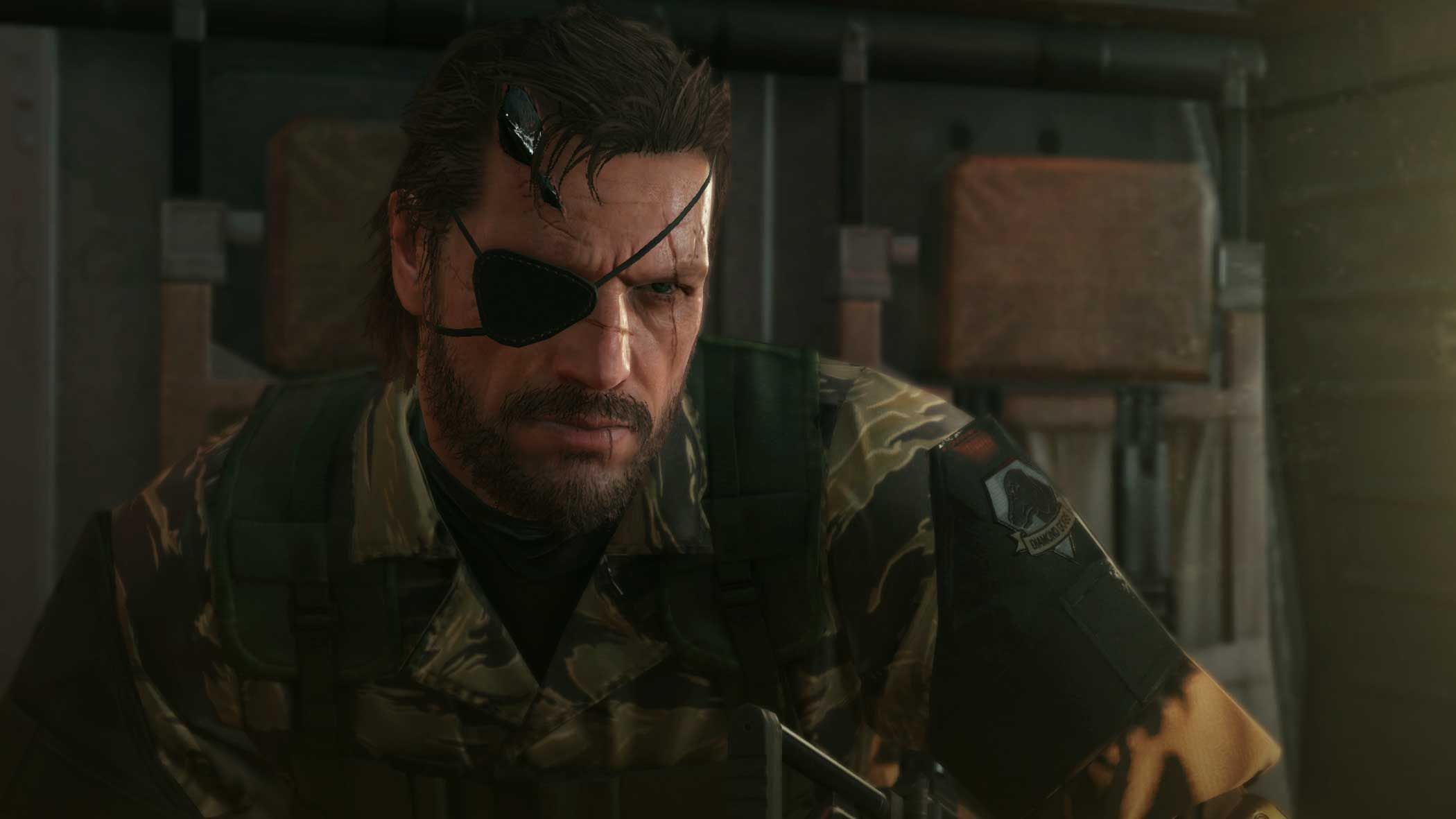 A puzzle of a different kind, Metal Gear Solid 5: The Phantom Pain bestows upon players the ultimate sandbox of espionage and stealth. Snake may wreak havoc in Super Smash Bros. Ultimate, but this world is where he lives and breathes.

Though the living bit is dependent on how resourceful you are and how well you’ve planned your mission. The story will unravel as the game progresses, but the freedom granted to players in collecting assets and successfully completing missions is what makes The Phantom Pain shine. Nothing says Metal Gear Solid likes C4 and a silenced pistol. 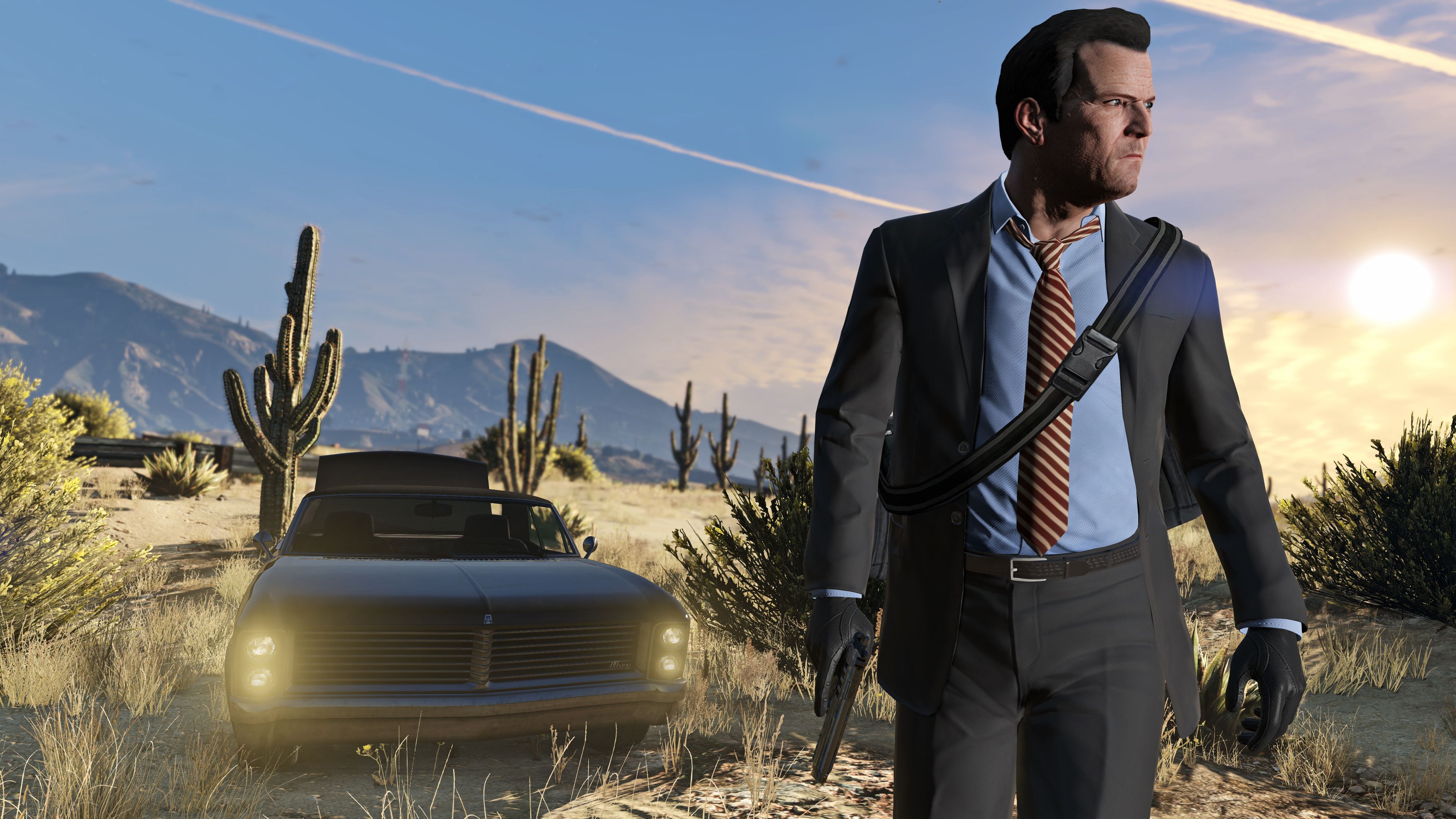 Rockstar has a habit of creating wildly-successful video games. GTA V is one of the best-selling video games ever made, and six years after its release it’s still a favorite for streamers and gamers alike to dabble in the mad chaos of the online world.

If The Phantom Pain is a sandbox of espionage and stealth, then GTA V is a sandbox for everyone else. Make a to-do list of every inane or ludicrous thing you’d do in a city where you’re the king, and it’s likely possible in Grand Theft Auto V.

Final Fantasy 7 Remake: How Long Will It Take To Beat?

Alexandra Cane: "I Feel Like a New Woman"
Recent Posts
We and our partners use cookies on this site to improve our service, perform analytics, personalize advertising, measure advertising performance, and remember website preferences.Ok