Imagine, if you will, a world where Halo: Combat Evolved is not the sci-fi masterpiece it's considered today but Beyonce's latest video game album. Or, what if Donkey Kong was a game about racing mules? I find myself asking these questions a lot. So I decided to re-imagine a gaming multi-verse of my own.

This list re-contextualizes four games I know close to nothing about. I am coming into these summaries cold, except for the console, release date, and maybe a screenshot. Whelp. Here goes!

4 Nobody Saves The World 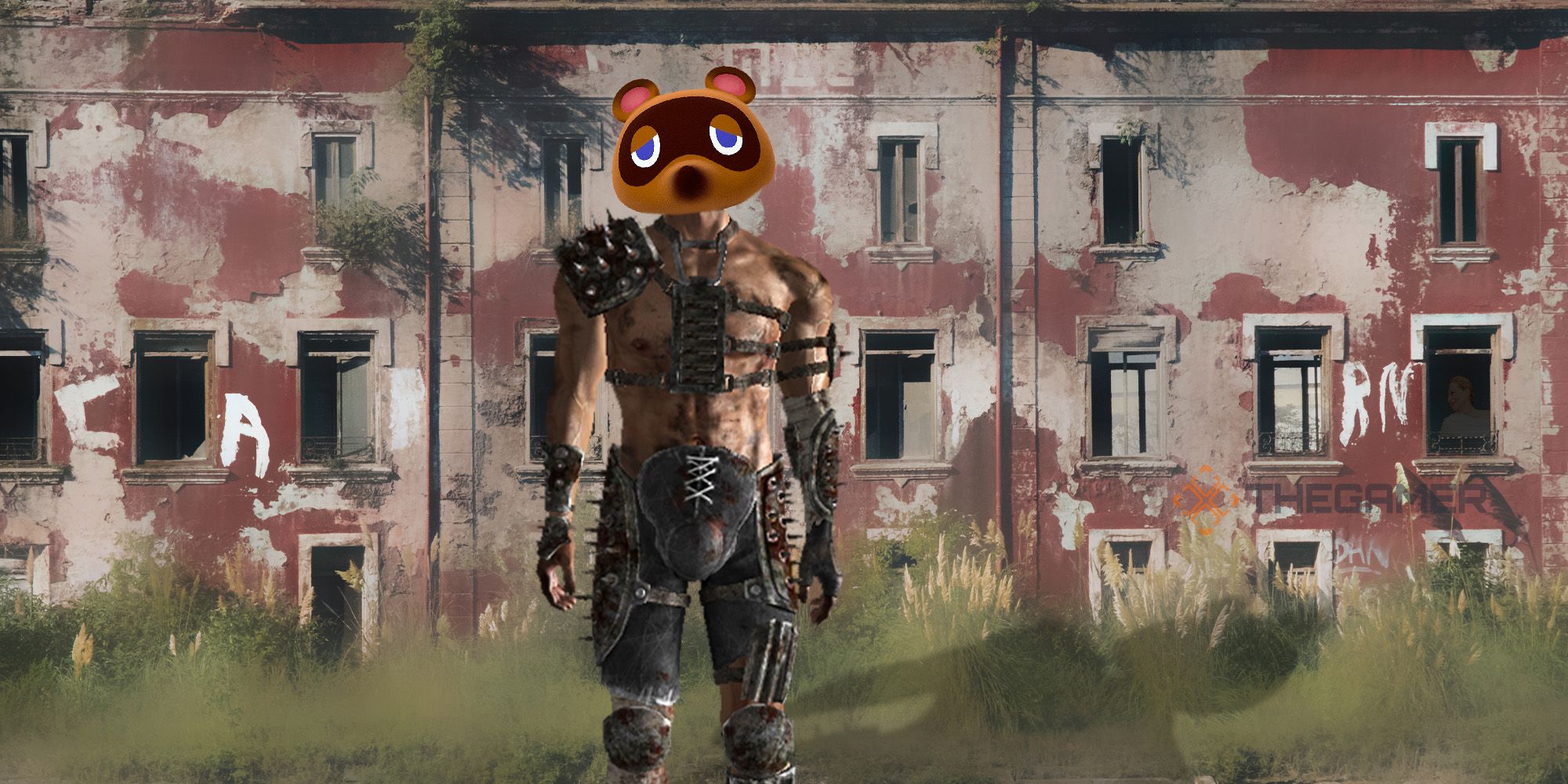 From the producers of Don't Look Up comes the video game epilogue starring Meryl Streep. Yup, that's right, we got Meryl Mothaf'ing Streep reprising her presidential role in an Armageddon-Hellscape once called Earth. And this time, she's loaning out affordable housing and creating survivor villages!?

Rejoice, you Switch-less dolts. Nobody Saves The World combines the community-building warm fuzzies you crave with the macabre sci-fi aesthetic that will save your rep with the Halo bros. XxX_DeathBells_XxX, am I right?

There's so much depressing fun you can have in NSTW. For instance, you can:

So, join President Meryl, the ghost of Leonardo DiCaprio, and a cast of barely alive characters and fail to make Earth sustainable again because you fucked it up the first time! 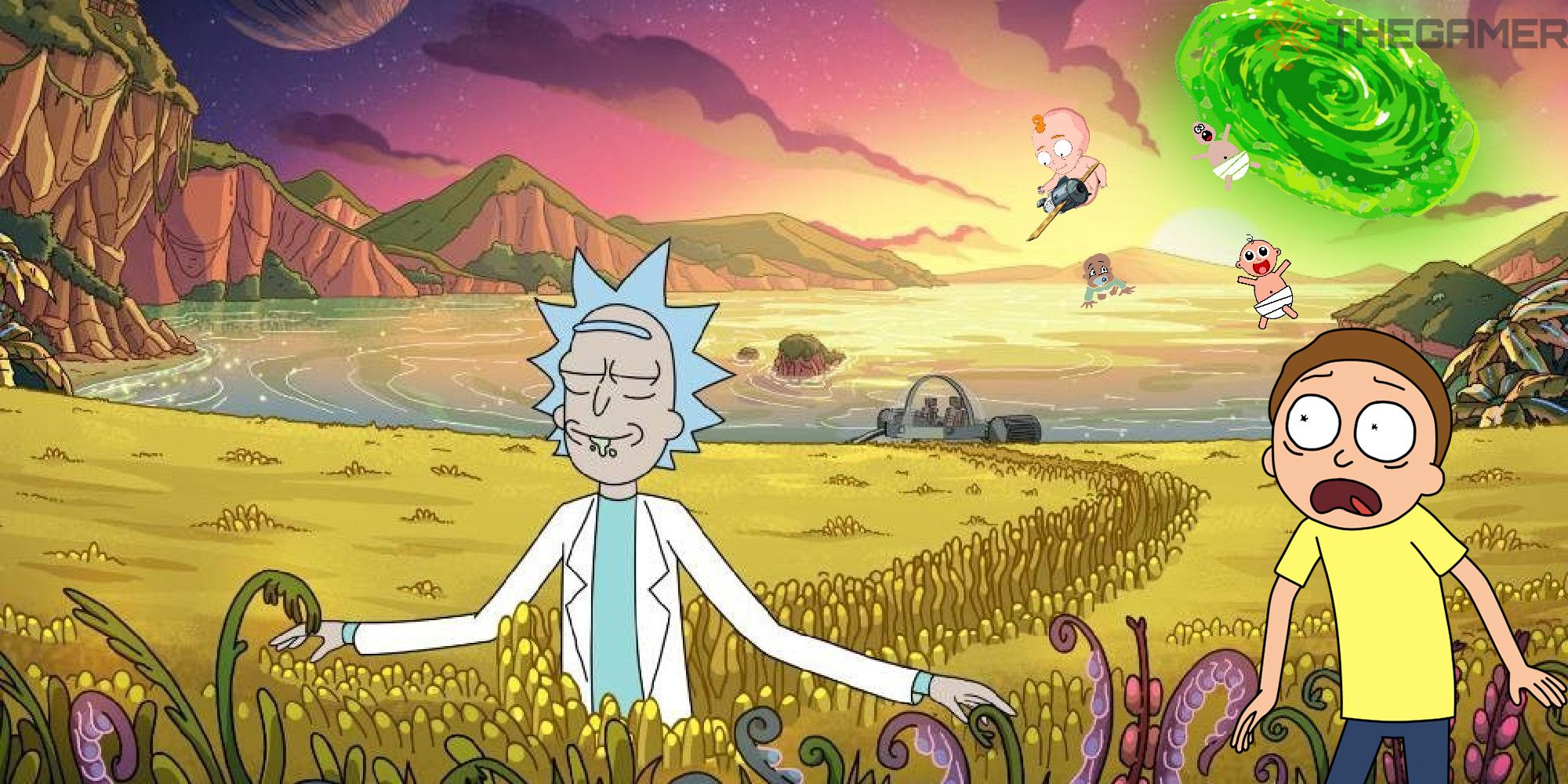 Grab your pacifiers and call your Mama cause there's a Baby Storm on the horizon!

From the twisted minds of Squanch Games comes an adventure that will make you grow up fast or die trying!

In Baby Storm, you'll play as Jenna and John, twin babysitters who are just trying to get by, bro. Until, one day, babies start falling from the sky! We don't know why. They're just falling. Like from the clouds, dude! Big babies, little babies, old-looking babies, chubby babies, Muppet babies, alien babies, ghost babies, there are just so many babies! And th-th-they're everywhere!

Damnit! I can't keep up with this anymore! We're lying. There are no babysitter twins, and the game isn't real.

But there are still too many babies and – and we gotta find out what to do with them! Do we give them milk? Burp them? Change their diapers? What happens if they hit the ground!? Aww, geez, that's gonna be a mess. Oh, I'm gonna be sick.

We shouldn't have opened that portal to the baby-verse, Rick! I thought we worked past our differences after the crows left – But you're the same, Rick! You're the goddamn same!!! And what happens if nobody plays this game. I'm too young to be a dad to billions of babies. I- I did it once, and I'm not doing it again. It's too hard to see them go…

BleeEeEeEeELLLLCHHHH – It is a game. It's on all the consoles. And the first one to beat it gets an exclusive tour of the universe. And don't tell me that's a prize you could live without. Because If you can delude yourself into believing your life is complete when you know there's a baby-verse, among many other realities, then you're too dense to appreciate the nuances of multiple realities in the first place. And if that's the case, we don't want you.

Unless you like babies, then you can work with us. We don't care what you do with them. Just figure it out.

Rick, why is it raining babies!?

You rain billions of babies every night when you relieve yourself in the shower. But we don't ask questions, do we, Jerry? Now, make yourself useful, or grab some man tissues and get out of our way. 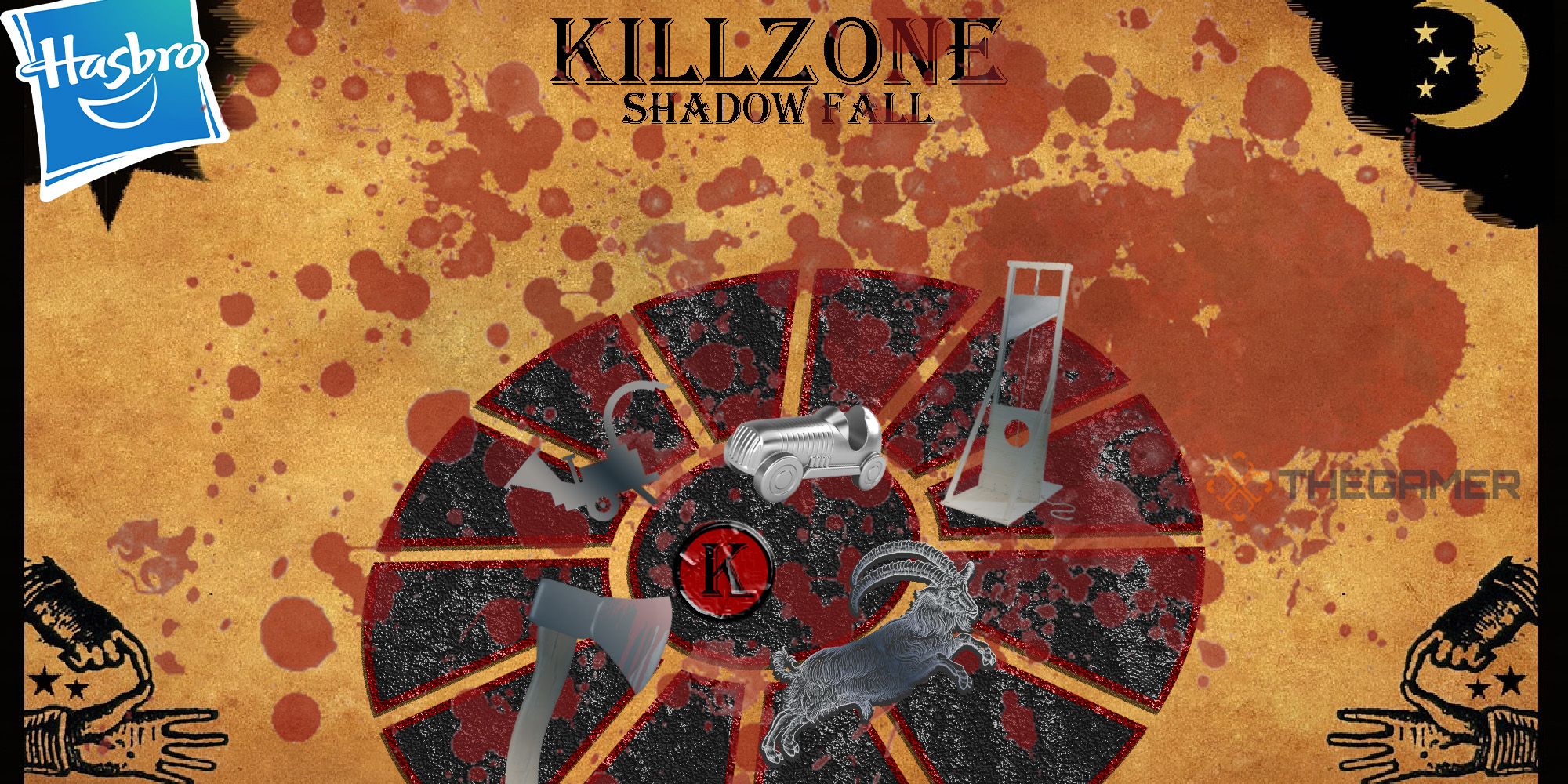 OH NO! Someone's in the KILLZONE!

Hasbro and Ubisoft bring you a console port of the long-forgotten accursed board game, Killzone, for the first time in its hundred-year history! This PS4 exclusive takes advantage of the revolutionary Move controllers for a fun, deadly experience your family will never forget!

Simply tilt the Move controllers to guide your pawns on the spinny wheel of death. But watch out! If you lose balance and fall on the red-marked Killzone, your pawn will meet a dark and grizzly demise!

Our developers put much detail into the look and feel of Killzone, replicating the experience that gave your great-grandparents night terrors oh so long ago!

All the classic game pieces are here, including:

Plus, our digitally recreated spinny wheel of death has all the bloodstains and cryptic chiseled messages of despair from the original game!

But wait, there's more! This new edition, Shadow Fall, incorporates dark, mythical shadow magic from the depths of Hades. We can't say what happens when you lose, but let's just say there's no use fighting. Nope, no, sirree! Just succumb to the darkness and abandon all hope!

Come on! Grab your family and friends, and succumb to the darkness!

SUCCUMB TO THE DARKNESS.

Then, use your reward points to buy new skins and boards in the Hasbro Game Channel from Ubisoft!

(Terms and Conditions apply. Reward points are not an acceptable real-world currency. All reward point purchases are non-refundable. Failure to use reward points after six months forfeits them from your account. Users cannot gift reward points to other users-especially those in the realm of darkness.) 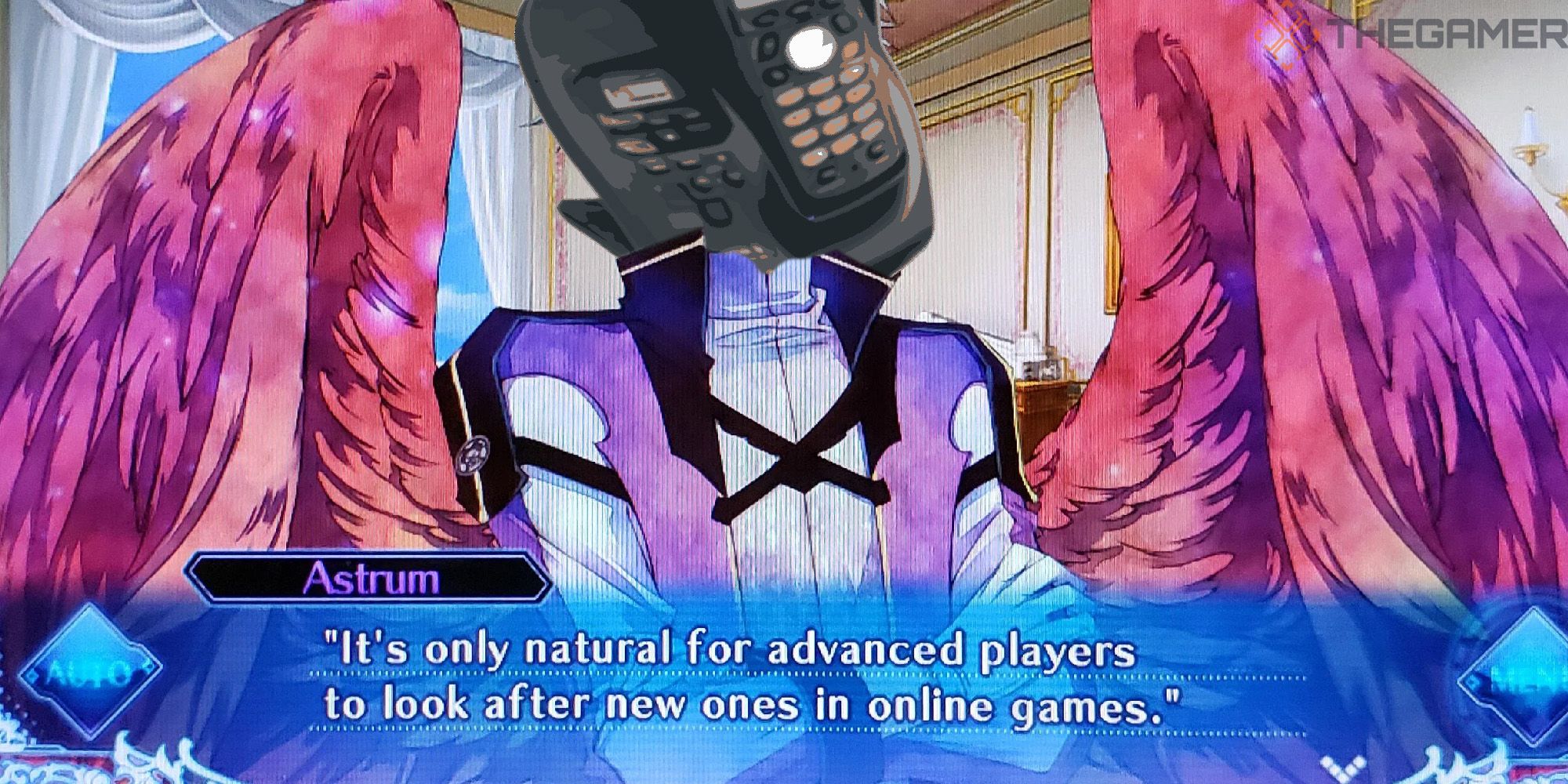 Some memories stay with us forever.

And some get rewritten with Seinfeld reruns.

Dive into the neuro hard drive of Vocia, a sentient humanoid Answering Machine/DVR device entangled in a love hexagon with five eligible bachelors. But with a family of Nosey-Nancys, gossiping gal pals, and a controlling boss, will Vocia ever receive her true love's voicemail?

In this new Otome visual novel from Spike Chunsoft, you'll decode, listen, and send messages to find the perfect companion! But stay mindful. If you fail to delete old voicemails, your father will overwrite unheard messages with another five-hour Mets game!

That's, of course, if your mother doesn't listen to them first.

Now don't get pissy with us that mom keeps asking you what "almond joying" means. We warned you!

Meet the fun and totally unique archetypes of New Tech City, like:

And enmesh your network with one of five dashing love interests:

Plus, with one hundred different endings and one you actually give a damn about, you'll experience the joy of skipping dialogue over and over again!

Read Only Memories: Neurodriver– Will Love leave you a message after the BEEEEEEEEEP?