Rainbow Six Extraction is a unique spinoff of the much-loved tactical first-person shooter, Rainbow Six Siege. Extraction sees you play as the operators from Siege but this time formed into the group known as REACT. REACT is responsible for stopping an alien invasion parasite known as the Archaeans. Gameplay in Extraction is more akin to a squad-based PvE experience over the PvP experience in Siege.

While the game certainly is divisive within the Rainbow Six community, it's still a unique shooter experience, especially if you want to ditch the competitiveness of Siege in favor of pure teamwork and tactical strategy. If you are in the mood for a similar gaming experience to that of Extraction then be sure to check out the following games as well. They should scratch that PvE tactical shooter itch. 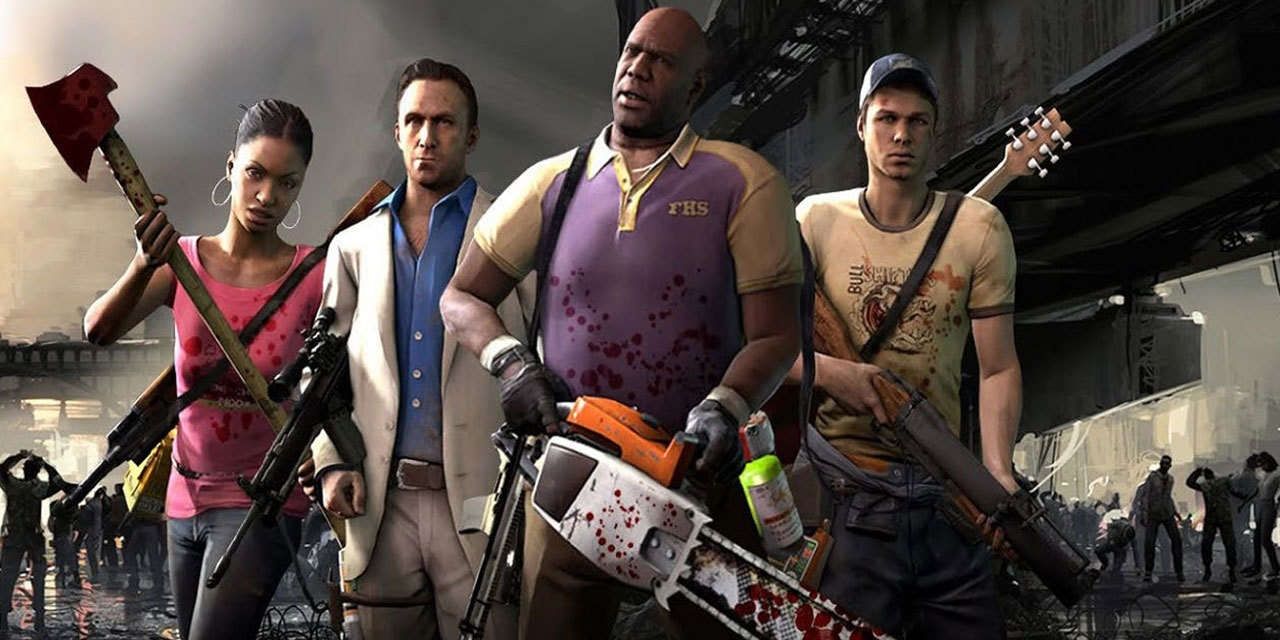 Left 4 Dead 2 is a gaming classic at this point, one that offers a deeply robust team-based, zombie shooting experience. Either of the games could be here in this entry, but it's Left 4 Dead 2 that truly offers the more refined, polished, and enjoyable gaming experience overall. If you are unfamiliar with the series, Left 4 Dead has you team up to take on hordes of relentless zombies.

Teamwork, strategy, and tactics truly matter in this game and while lone wolves can certainly still enjoy the game, it's more fun with a group of friends coordinating together to try and survive the onslaught. What makes the game truly special is the inclusion of the AI Director. The AI Director dynamically shifts the gameplay in terms of zombies, weapons, and items depending on how well you and your team are doing on a stage. 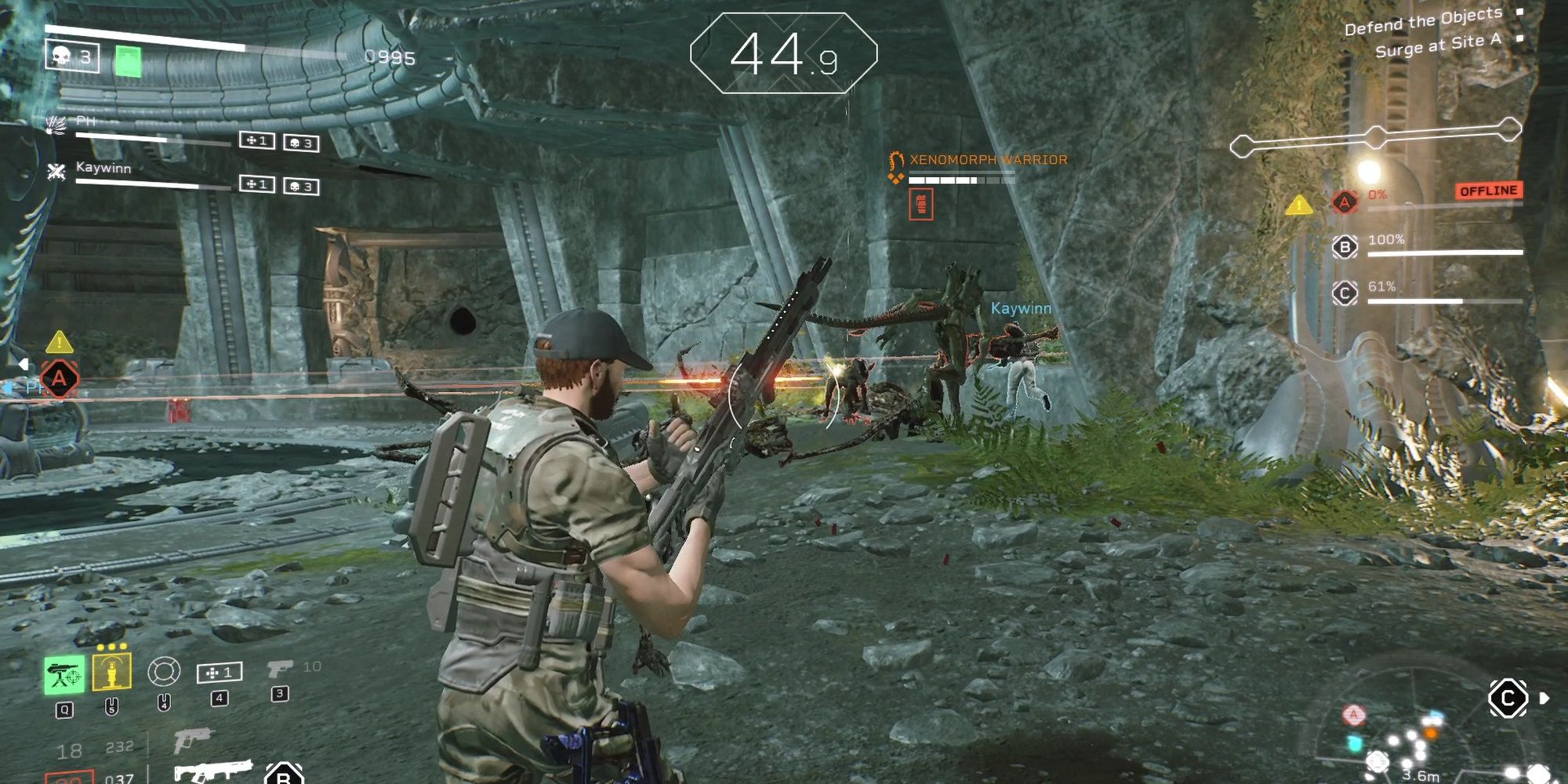 For a strictly linear affair that almost feels like a third-person version of Extraction then look no further than Aliens: Fireteam Elite. Fireteam Elite is the most recent game on this list and while it was met with mixed reception upon its release, it still provides a thoroughly tense and action-packed squad-based experience, especially if you are a fan of sci-fi.

As the titular Fireteam Elite, you and your squad must dive into increasingly challenging missions while taking on countless Xenomorphs who seek to end your existence. Along the way you will gather more gear, level up, and learn to adapt to the challenging Xenomorphs hordes. Plus, if you are a solo player, you can team up with two AI bots to aid you across your space adventures. 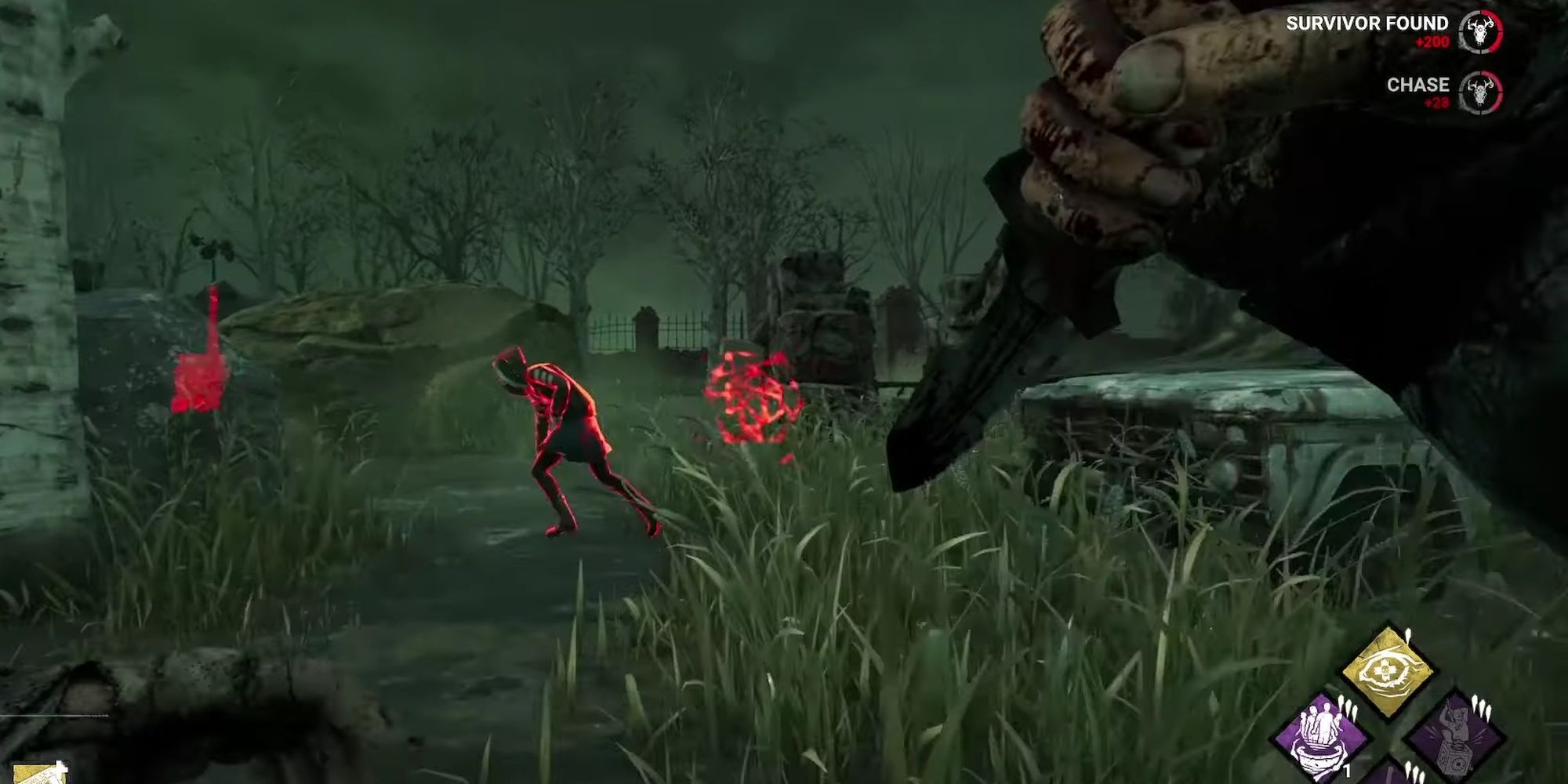 Dead by Daylight should be played because it perfectly combines the tension you get from competitive multiplayer games with the teamwork required from PvE games. Dead by Daylight is a long-running asymmetrical multiplayer game where one killer tries to take on four survivors across a wide variety of creepy and derelict horror-based locations.

Dead by Daylight has been around for the better part of seven years and has grown a wonderful community that regularly log-in to kill or survive. If you opt to play as the lone killer then you play in first-person and must use your killer's special abilities to send the survivors to the Entity. If you want to focus on teamwork then play as a survivor where you must repair generators in order to escape. 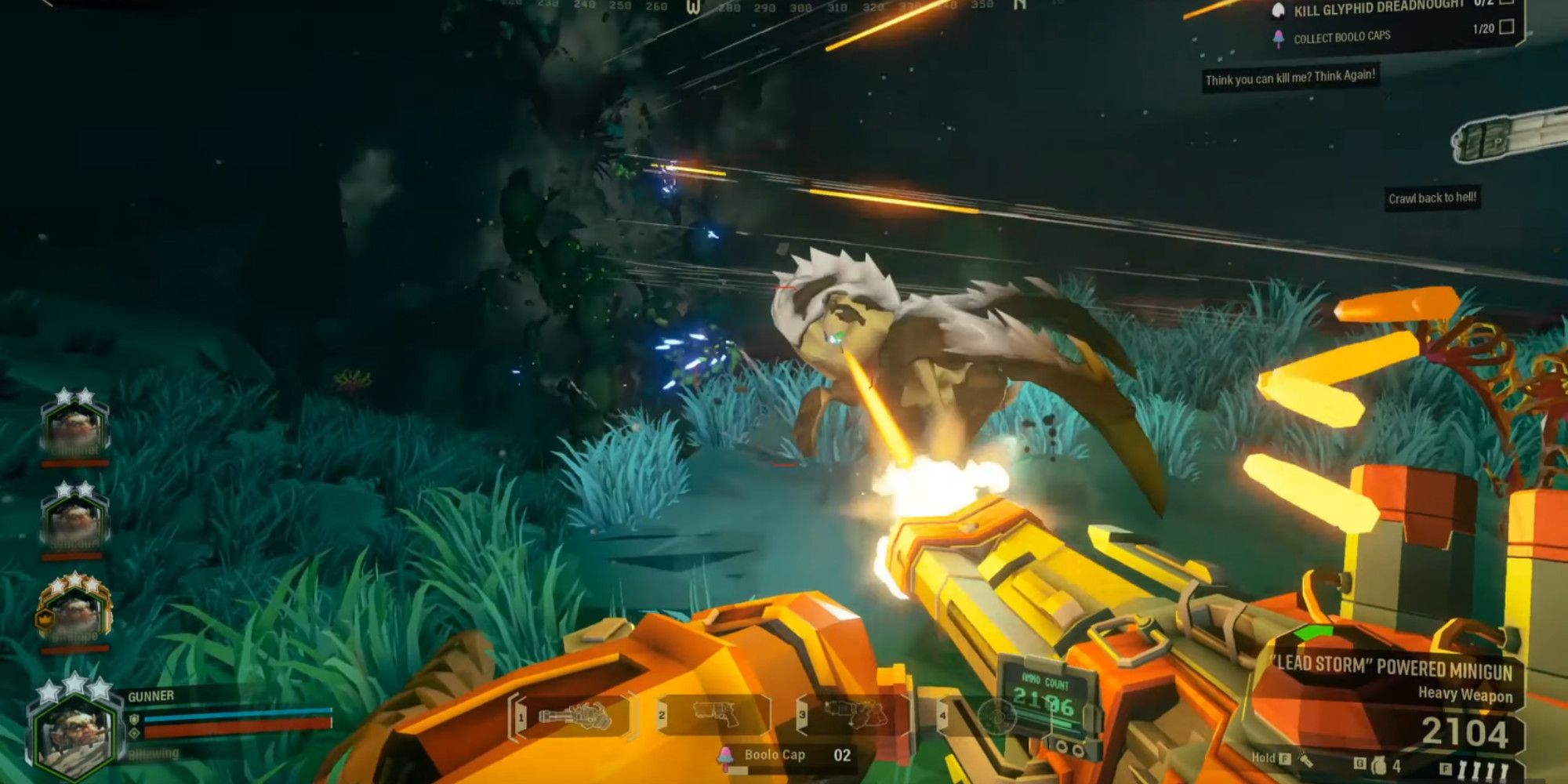 Deep Rock Galatic might just be one of the more unique team-based shooters on this list. In Deep Rock Galactic you play as a powerful dwarf alone or with a small team. Your mission is to explore a variety of procedurally generated sci-fi locations. These locations are completely destructible and you are encouraged to explore off the beaten path by mining away at the environment around you.

Your time playing will see you and your dwarf friends content with a host of harrowing alien baddies. Each of the dwarves in Deep Rock Galactic has their own unique weapons and abilities, similar to that of many hero shooters. This is one game that requires equal parts strategy and teamwork in order to survive for the long haul. 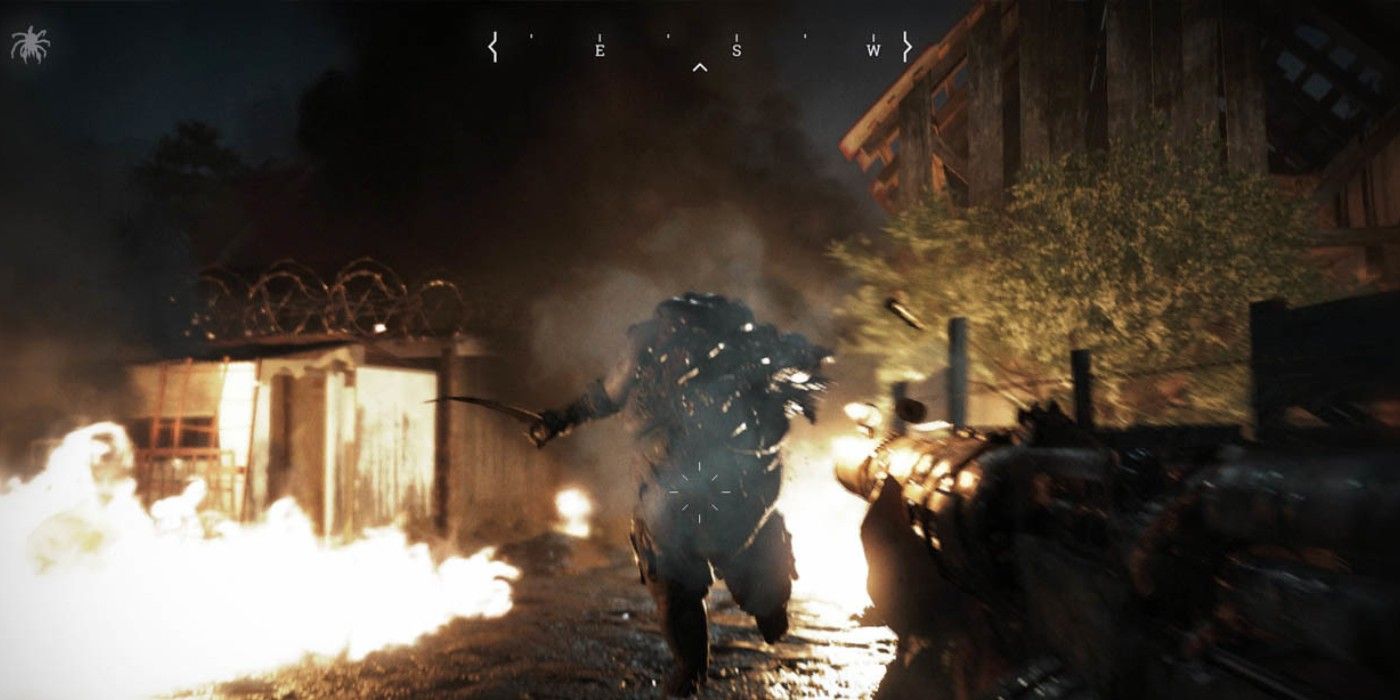 It's a shame that Hunt: Showdown isn't discussed much in the general gaming discourse because it's a truly special game that blends horror, first-person action, and survival mechanics. For those unfamiliar, Hunt: Showdown is part PvE and part PvP. The PvE parts come in the form of taking down enormous and spooky bosses whereas the PvP aspects come into play as you try to survive across the large and expansive map where other players are also trying to defeat the big baddie.

It's hard to pindown this game into one genre since it blends so many aspects together in a cohesive way. The game can be played solo but you are opting to go up against other teams as well as other solo players which can make for an experience wrought with tension. 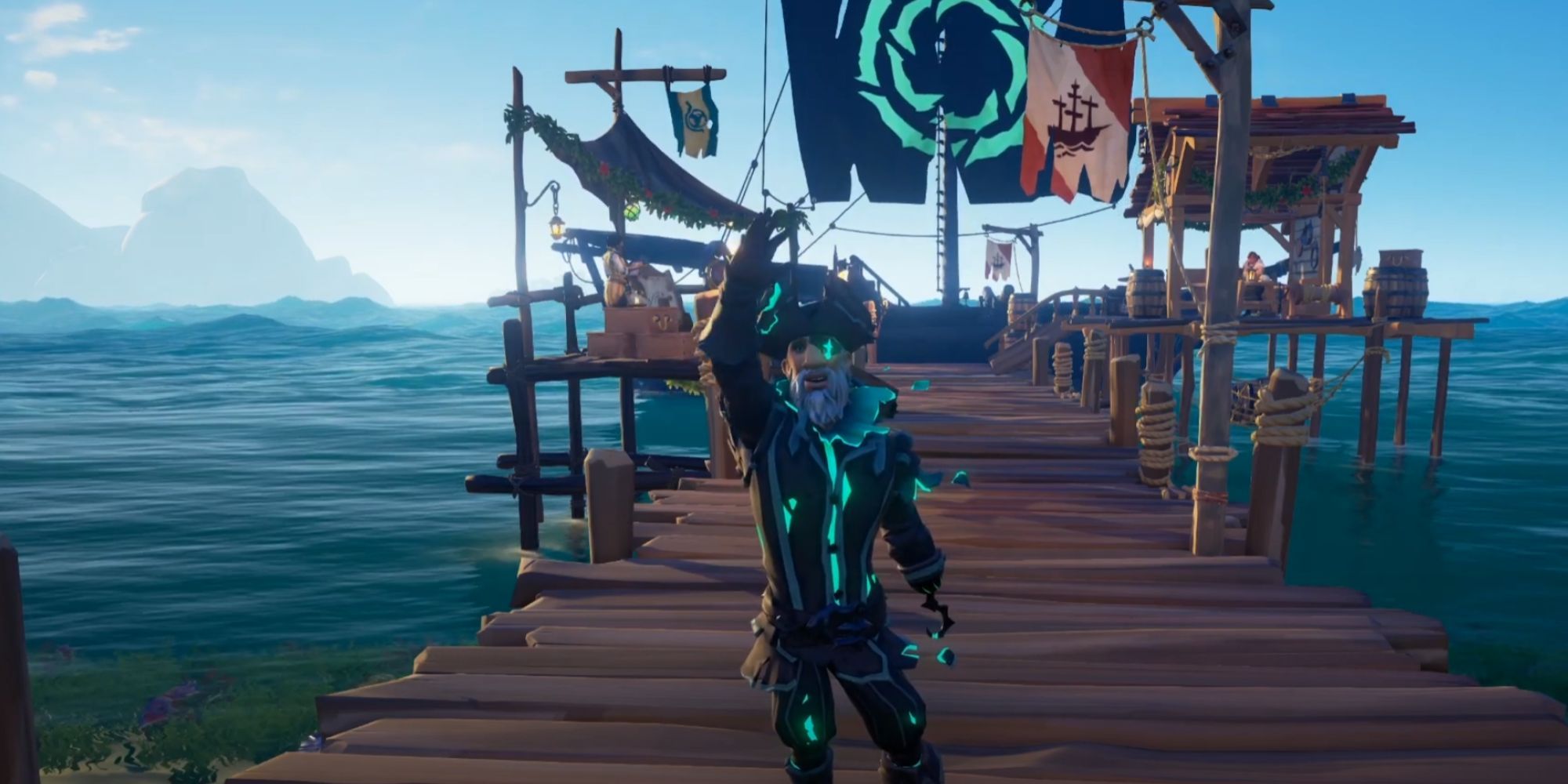 For something completely different in terms of aesthetics and presentation, you could opt to try out Sea of Thieves. While this may sound like a strange inclusion on this list, it actually makes a lot of sense. Sea of Thieves has been around for years and is created by famed developer, Rare. In Sea of Thieves, you play as a zany pirate who is tasked with exploring the high seas alone or with a crew of other like-minded pirates.

Sea of Thieves is a game that encourages you to work with other pirates in order to explore, loot, and survive. One of the best and more freeing parts of this game is when you and your pirate crew sail your customizable pirate ship on the open seas, docking at a random island, and looting it of its treasures and gold. There really isn't anything quite like the lush and vibrant pirate paradise of Sea of Thieves.