Walking around the neon-lit underbelly of Walled City 99 as a curious feline has never been more fun. Exploring this post-apocalyptic setting, and discovering the last remnants of humanity while trying to help the robot Companions escape their sealed prison is a daunting, yet strangely euphoric journey. Whether it’s mainly because you control a cute, orange tabby cat or because of the rich world you can explore, Stray is a delightful adventure, but one that isn’t without a few questionable decisions.

As with most games, Stray has its fair share of things that simply do not make sense. It’s not that these are game-breaking hiccups that make you question everything, but they still warrant a proper eyebrow-raising. Let’s look at a few things we didn’t understand after we played through Stray.

The following list contains entries that have major spoilers regarding the game's story. Only continue reading this post if you've finished Stray.

6 How Do Companions Have Children?

Shortly after encountering Companions in the Slums, you learn that these robots were once servants created by humans. They would help clean, cook, and probably babysit children before humanity was wiped out in the Walled City by a mysterious plague. Throughout the nearly 400 years since, they’ve evolved into a sentient species by mimicking humanity, which apparently included parenthood.

But how exactly does that work? If we assume that Companions understood the concept of parenthood because they would babysit human children, how are some Companions labeled as children and parents? Seamus helps B-12 and the cat find Doc because that’s his father, but how is Doc his father?

5 Why Are There Jails In Midtown? 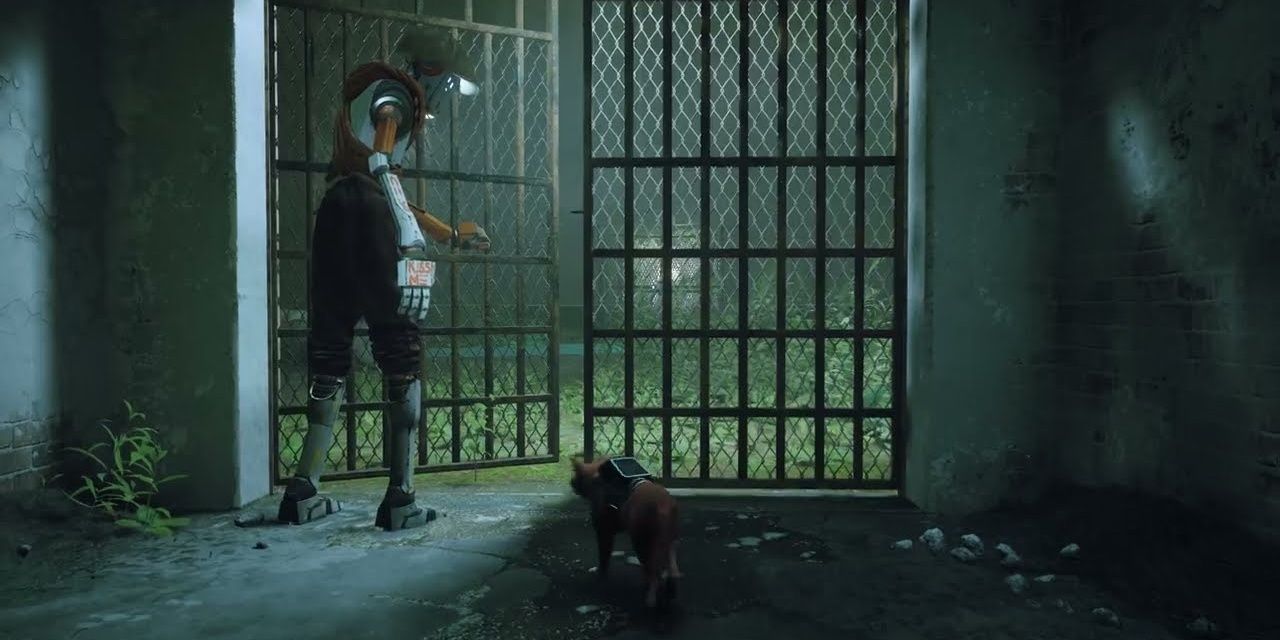 As soon as you reach Midtown, you see a Peacekeeper (Companion cop) questioning a Companion civilian for the whereabouts of Clementine. The wanted Companion is part of the Outsiders and is trying to open the Walled City. Other than questioning why that’s even a crime, why exactly are there even police and jails in Midtown?

There aren’t any Peacekeepers or Sentinels in the Slums, so clearly their existence isn’t meant to benefit everyone in the Walled City. Eventually, you explore a jail and find various Companions that had been tortured by Sentinels. These machines were designed by humans to squash rebellions from the Slums, but now that humans are long dead, why are they still active?

4 Why Did Some Companions Evolve And Others Didn’t? 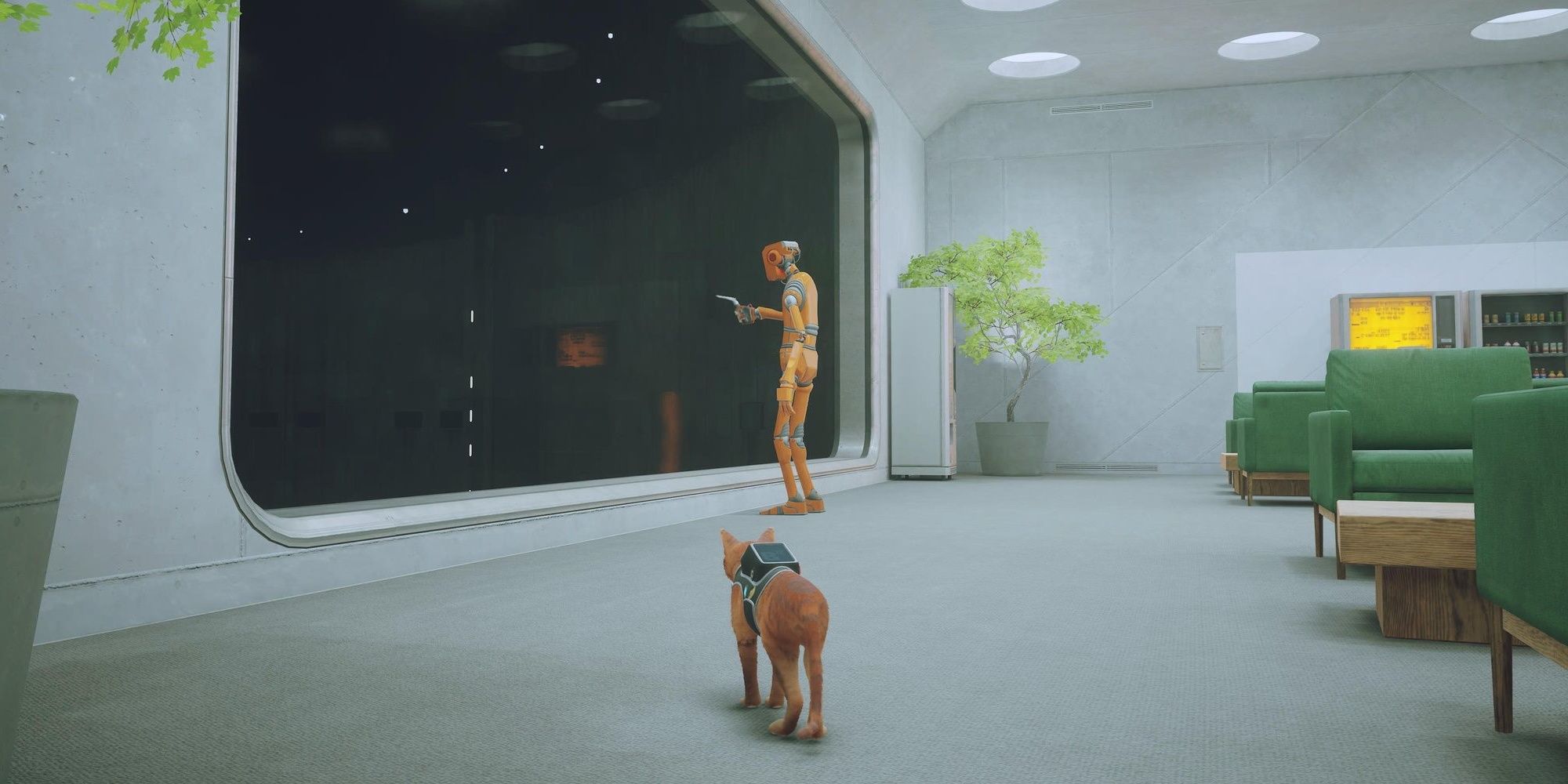 Every single Companion you meet in the Slums and Midtown has all evolved by mimicking humanity through the years. They’ve developed personalities, hobbies, jobs, and even children in the Walled City. So why haven’t the Companions in the Control Room evolved too?

When you reach the Control Room, there are various Companions sweeping, cleaning windows, watering plants, and generally tidying up the place. They all have standard Companion names and speak like the robotic aid that they were when humans were still around. Why did they continue to stay in the Control Room and keep cleaning, while all the other Companions in the city evolved?

3 Why Does Elliot Tremble? 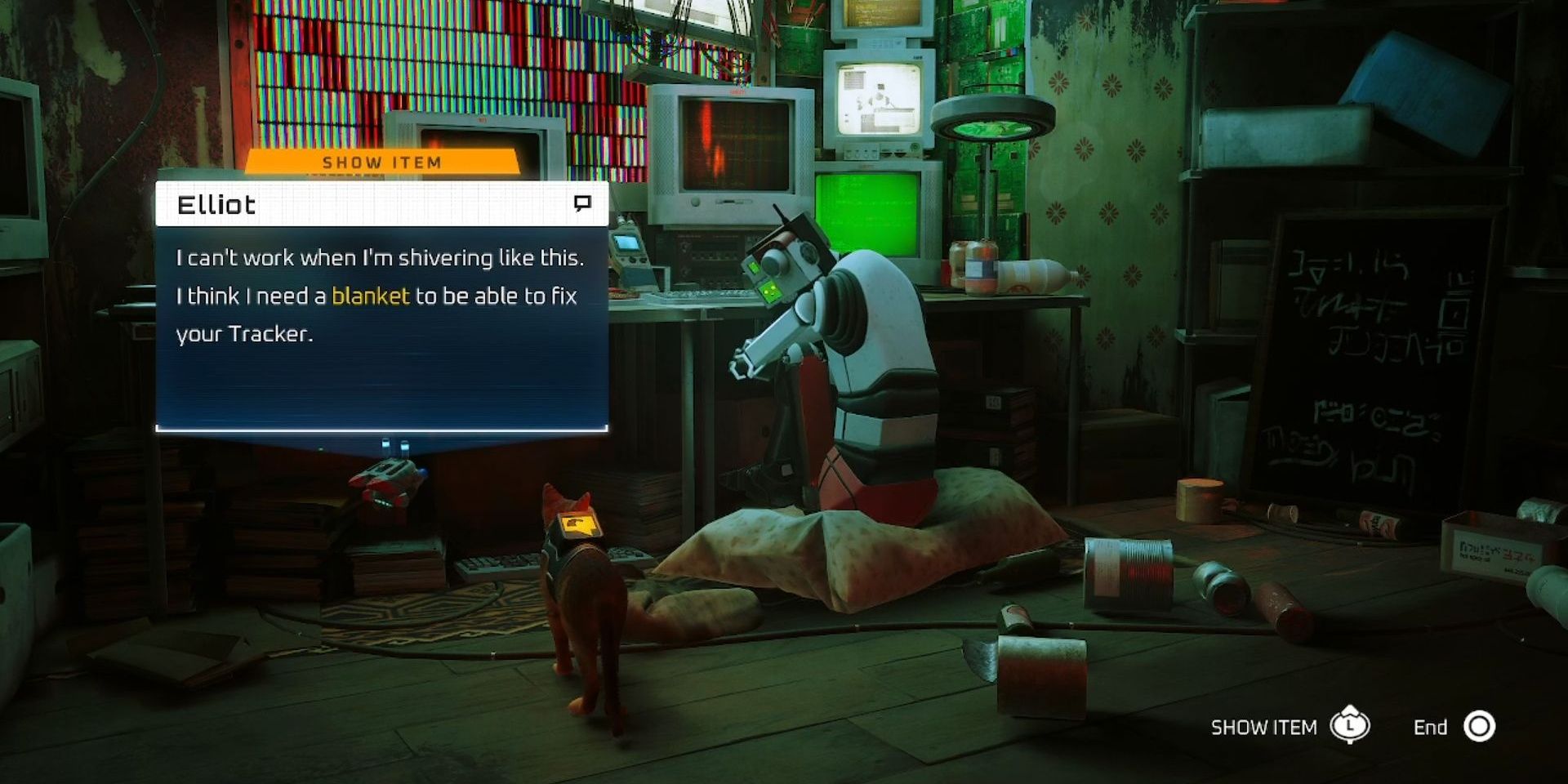 Although the Companions have evolved to demonstrate human-like traits, they’re still machines at the end of the day. So why does Elliot tremble when you ask him to help fix the broken tracker? How can Companions feel “cold” or “hot” if they’re just robots?

There’s a Companion named Teddy who stands outside the bar and says how they’ve kept warm from a scarf that Grandma made. But how can they feel and understand the concept of warmth? It’s already a bit of a stretch to believe that these robots evolved by mimicking humans, but it’s something else entirely to try and believe that they can understand what it means to be cold or to have anxiety.

2 Why Didn’t Humans Take Animals In The Walled City? 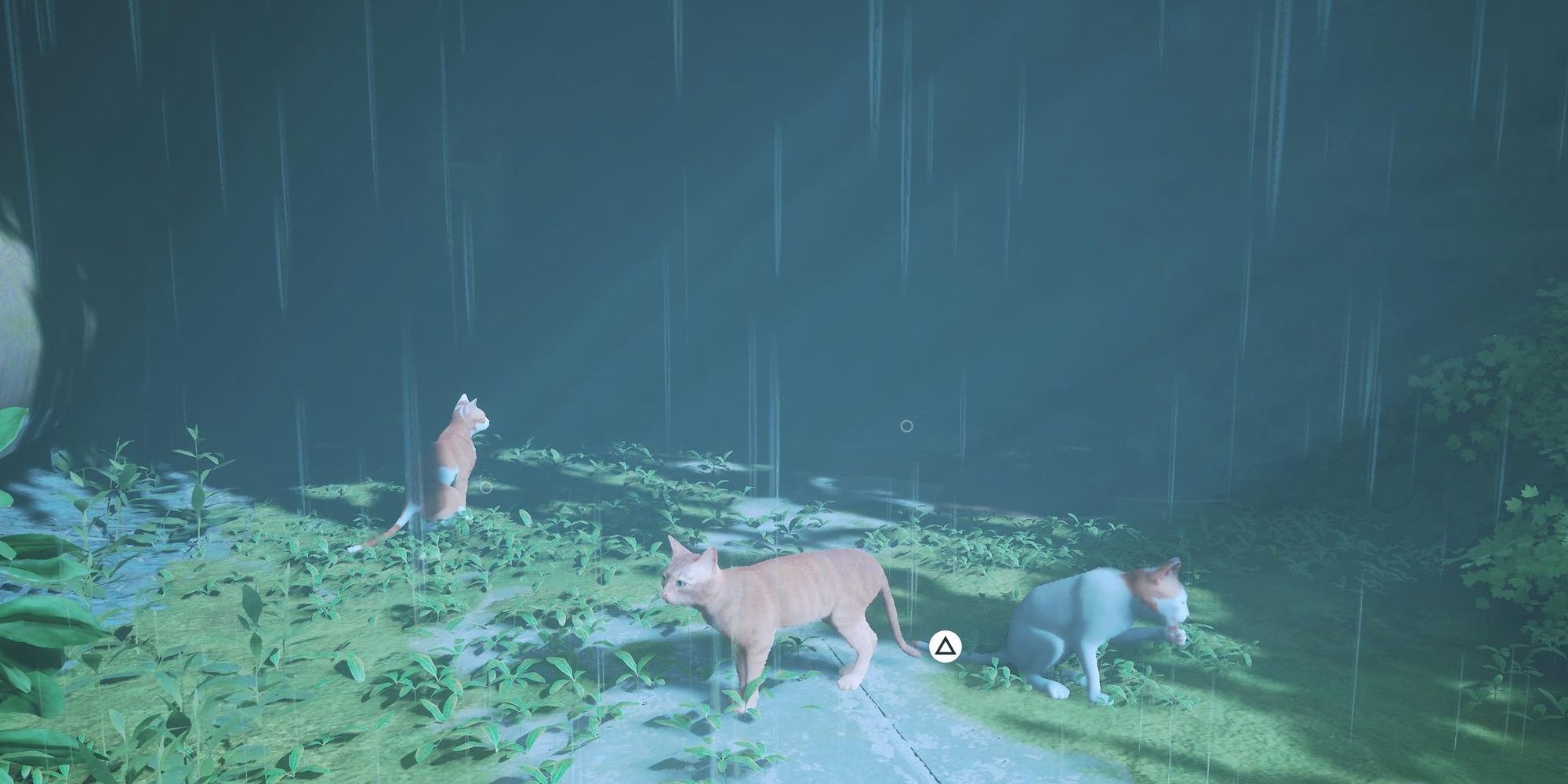 We’re to assume that humanity had to act quickly to develop these sealed communities and shuffle as many people inside as possible. But are we supposed to believe that they didn’t bring any pets with them? Unless animals were the ones responsible for the plague? Regardless, it’s odd there weren’t any records on file of animals that Companions could reference when the cat showed up in the Slums.

1 Why Isn’t There Communication With The Outside? 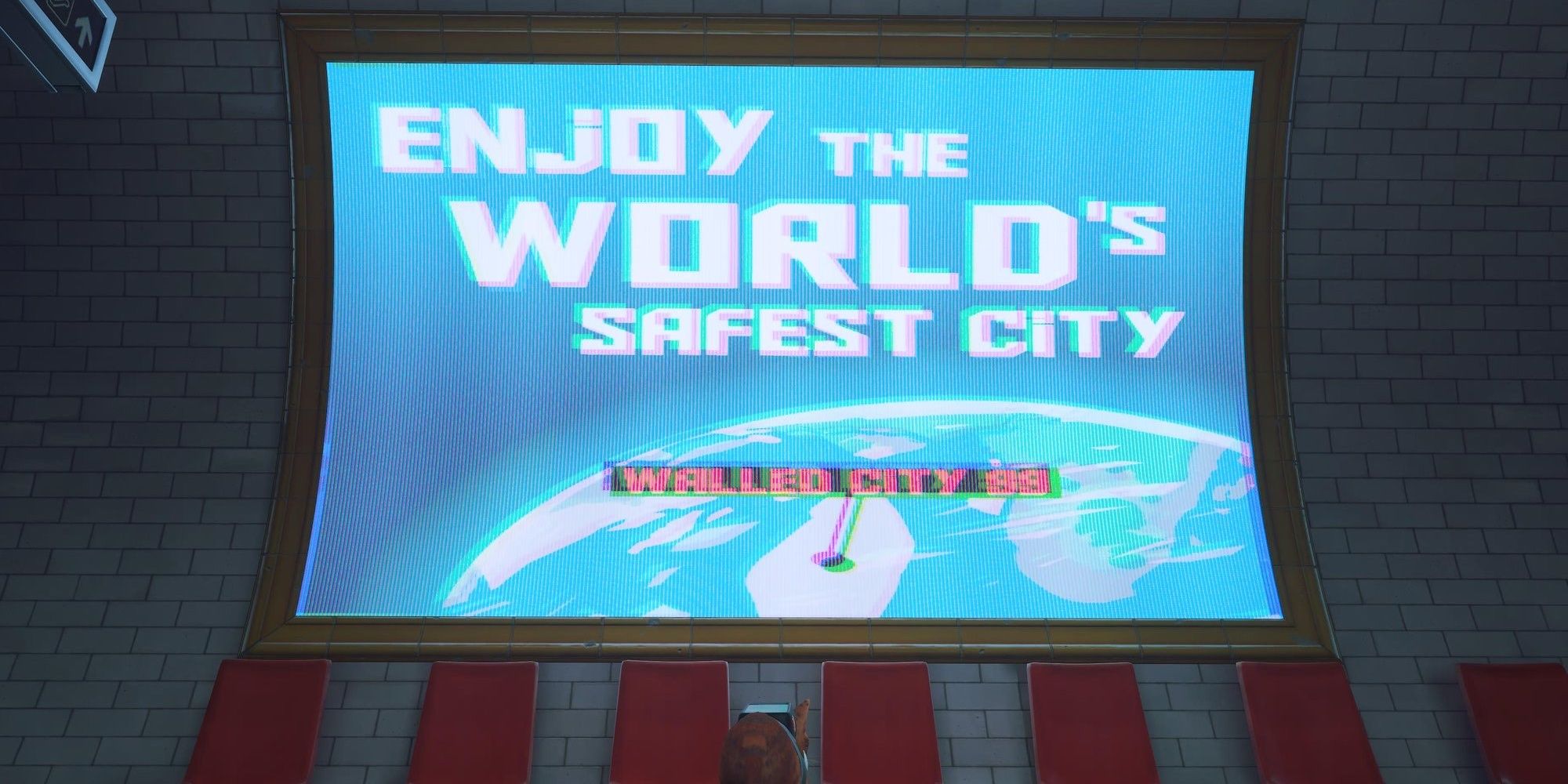 The main goal in Stray is finding a way back to the Outside. Throughout your journey, you eventually find the Control Room where B-12 sacrifices itself in order to override the roof to finally open. Around the Control Room, you see signs that say “Walled City 99,” giving an indication that this is not the only Walled City. So is there a way to communicate with the other ones?

If there are other Walled Cities around the world, it’s possible there are still humans alive. Companions could communicate with the other cities and inform them that the plague has passed or that it’s safe to emerge from underground. There isn’t any mention of possible communication with other cities, but it would only make sense if humans would want to stay in contact with other communities.