Aeterna Noctis is a deeply robust and downright punishing Metroidvania with a truly expansive world to explore. You play as the King of Darkness, a character who is tasked with battling the Queen of Light in an endless cycle. Thrust down to the world of Aeterna after being defeated, the King of Darkness must now restore his powers in order to escape this insufferable place.

Aeterna Noctis is a massive game, one that will take most people around fifty hours to complete. Much of this comes down to the sprawling, interconnected areas. The game features brutal platforming sections, intense, if flawed combat, a boatload of upgrades, and a thorough amount of lore to follow along with. The following tips should help you when first getting started in Aeterna Noctis. 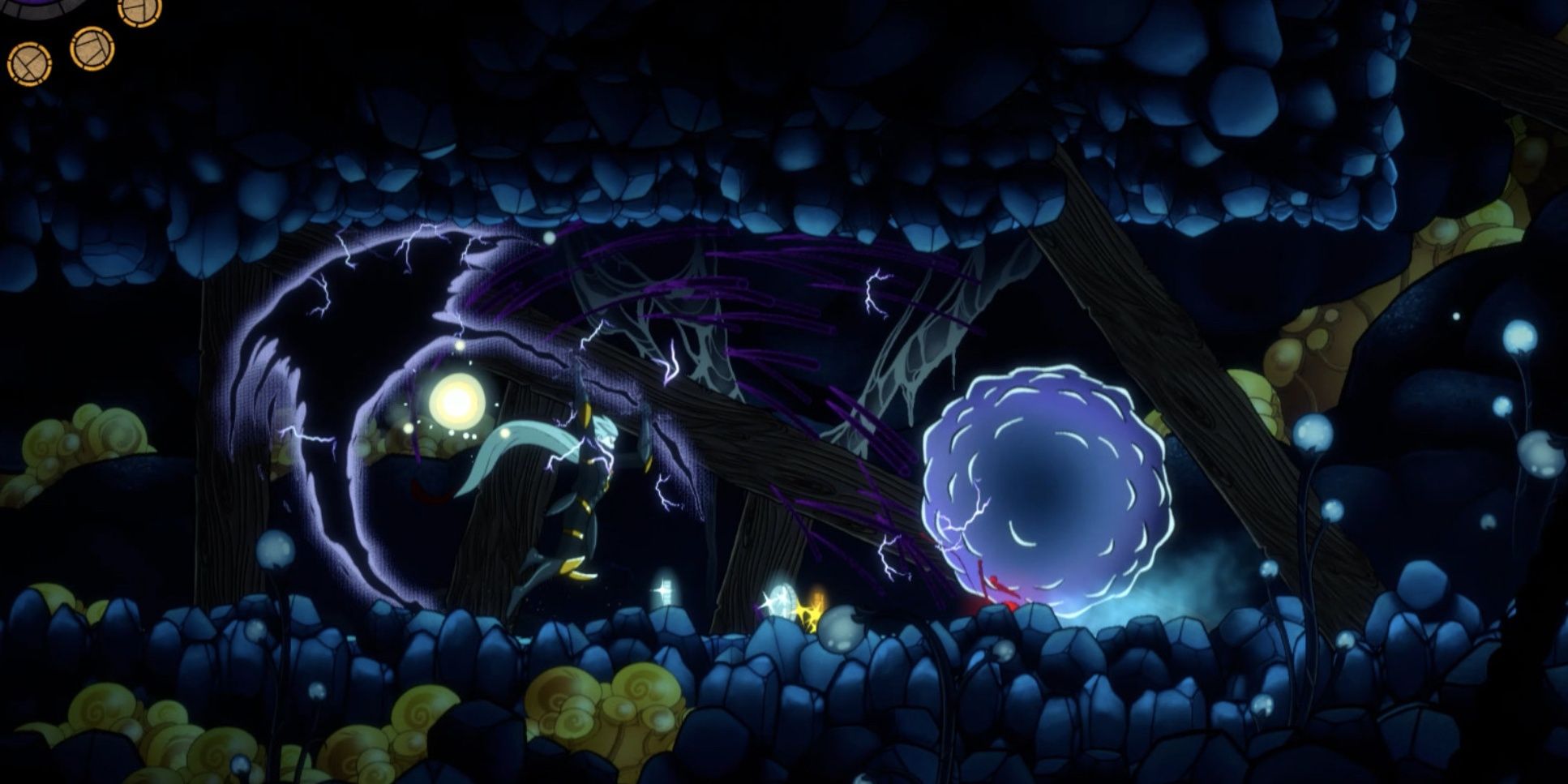 Aeterna Noctis is a massive game, full stop. The game offers between 50 and 100 hours depending on how much time you invest in exploring, gaining new perks, and finding secrets. The game pretty much just throws you right into the thick of things after a brief opening cutscene. From the get-go, you are free to explore in any direction, for the most part.

Much of the enjoyment in Aeterna Noctis comes from choosing a direction and simply exploring. However, given the punishing nature of the platforming and the less-than-stellar combat, you will often find yourself. Sometimes this happens because you need a certain key or item in order to progress. Simply put, make sure you explore every nook and cranny in this game.

5 Do Not Skip Out On Battles 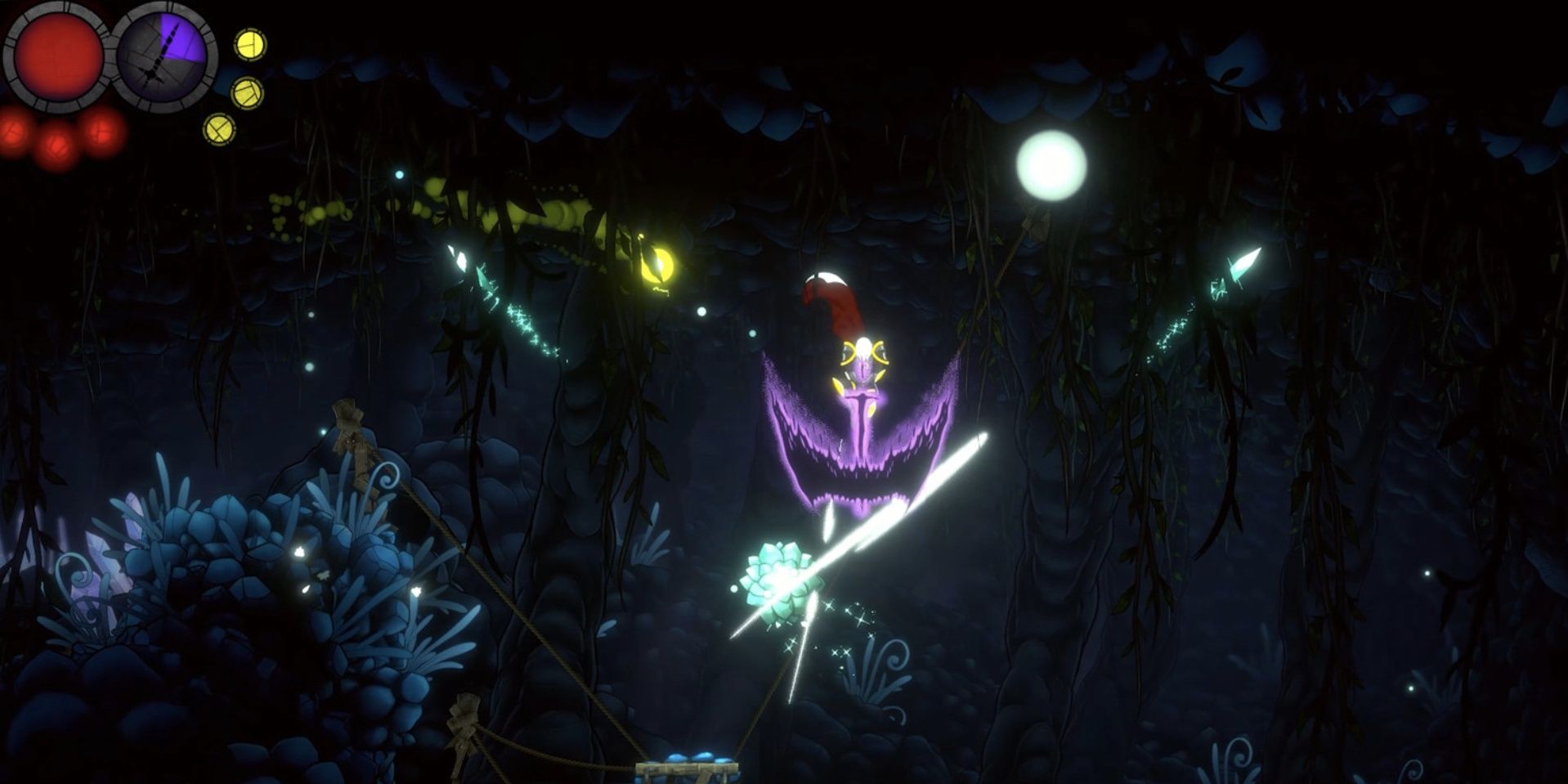 One of the biggest flaws of Aeterna Noctis is the combat. Combat in this game feels button-mashy, repetitive, and cumbersome. While you do gain new abilities and weapons along the way, there just isn't a robust combat system at play here. Most of the time you are trying to dodge backwards, jump constantly, and run away from large enemy attacks.

Due to the less enjoyable combat, you might think it smart to just avoid combat altogether. This would be a bad idea since you need to defeat as many enemies as possible in order to gain shadow orbs which in turn net you a coveted perk point. Perk points are used on an expansive skill tree to help make you stronger and more efficient overall. 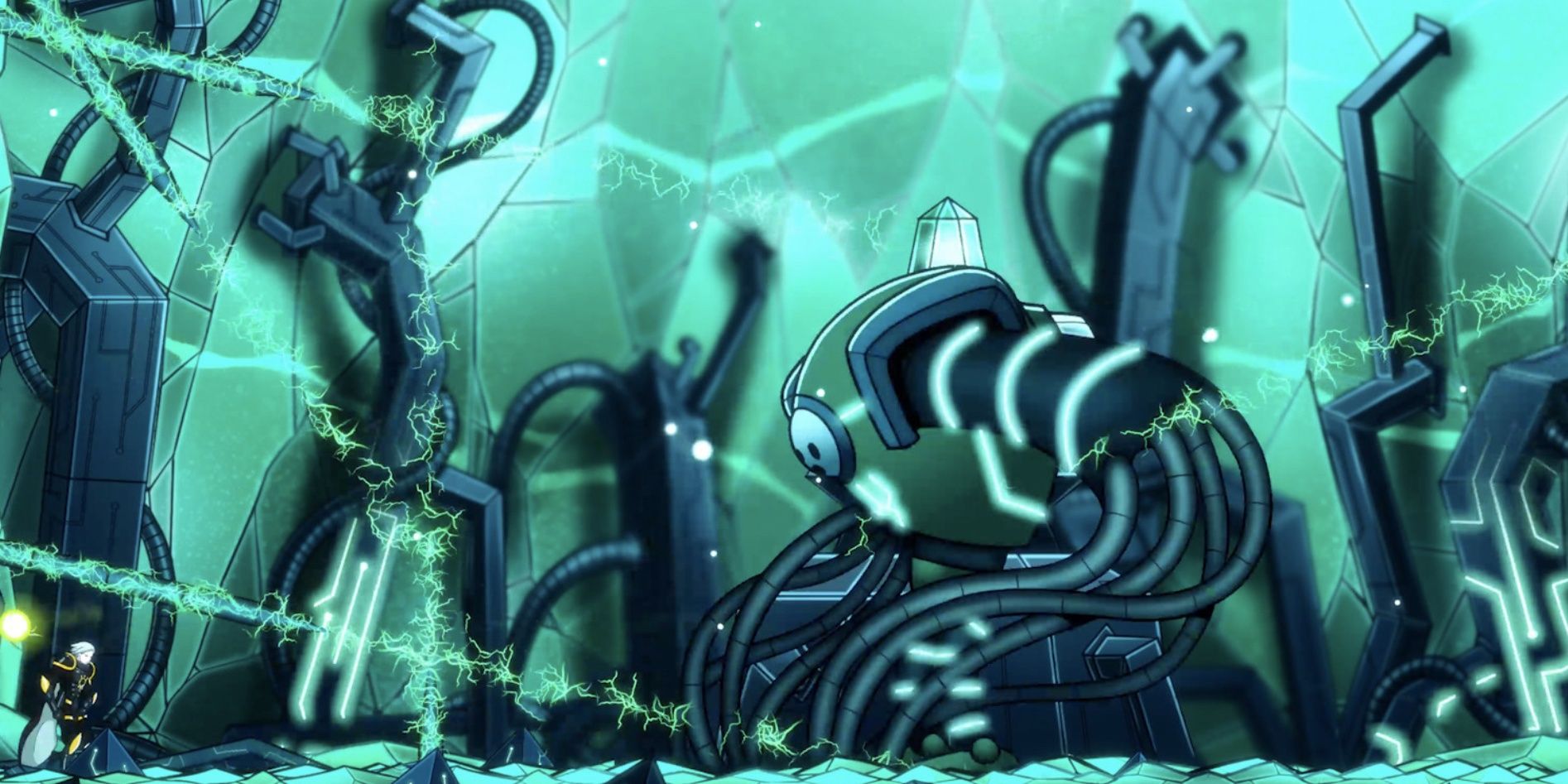 Thrones are brief moments of respite within the world of Aeterna Noctis. Finding a throne means that you can heal, equip certain gems, and most importantly, fast travel around the gargantuan map. However, it's not very easy to keep track of thrones given that the map in this game generally has a fog of war effect that can only be dispersed via the purchasing of a map from a vendor.

You can buy colored icons from a merchant which could make it easier to stick them on the overall map at throne save points. Like many other Metroidvanias, Aeterna Noctis requires your to retread much of the same ground but is more apparent in this game since you must return to certain locations or characters to complete quests. 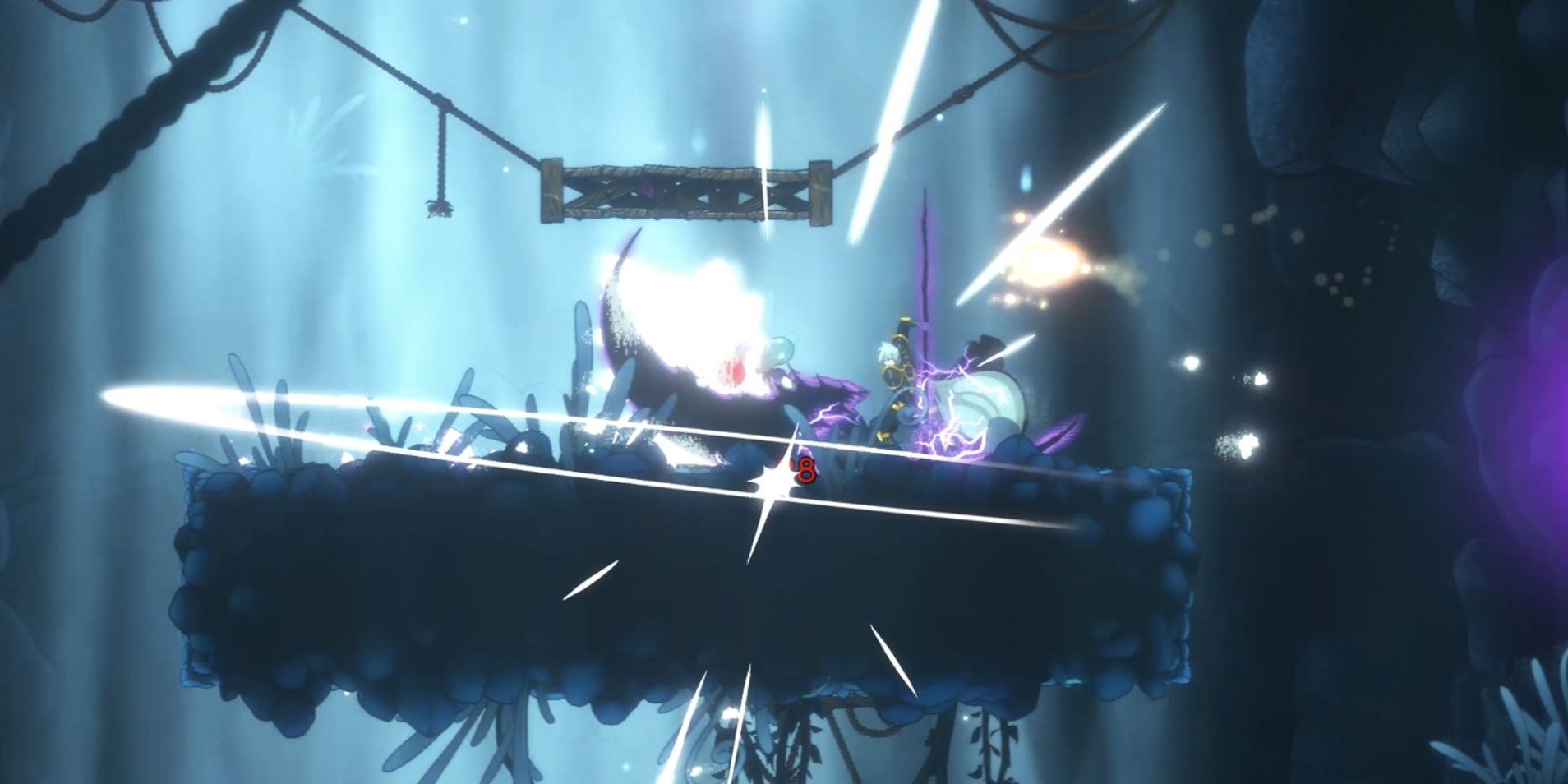 Most Metroidvanias require you to traverse different stages or zones in order to find new abilities that then let you get to new areas in the game world. Aeterna Noctis eschews this standard genre mechanic and instead requires you to return to an ethereal room full of trials doors. This isn't a location you can easily fast travel to at any time, instead, needing to find a throne to then teleport to the library which holds these doors.

In order to get a new ability for the King of Darkness, you must first find a key in the game world at which point you can unlock a trials door. To get the new ability or skill you then need to complete the punishing platforming trial and make it back out of the trials. It's certainly a unique take on the genre trope of getting new abilities, however, it often becomes very frustrating.

2 The Towers Of Light

The story in Aeterna Noctis asks you to retrieve seven fragments of light in order to restore balance. These fragments of light can only be obtained from the various towers of light strewn about the massive game world. In order to get to the fragment, you must first ascent these twoers filled with platforming perils aplenty.

Towers of Light are essentially long, drawn-out vertical platforming stages that are self-contained but provide ample challenges. Not only do you have to deal with shifting platforms, hitting switches, and dealing with enemies, you also have to contend with a powerful beam of light that triggers sporadically during your ascension.

Healing in Aeterna Noctis is neither efficient nor effective. Generally speaking, you can heal in one of three ways. The first way to heal is to find a throne. If you sit at a throne, your health is restored fully. The second way to heal is via a single-use health shard that acts as a potion. However, these healing shards only heal one or two health orbs.

Lastly, you can eventually get the ability to gain red orbs from enemies which fill up a large circle in the top-left corner of the screen. Once you fill it up you can then hold down a button to provide a short burst of healing, but again, like the health shard, it doesn't heal much. The healing in this game can be frustrating so get used to dying a lot and restarting the area.