Final Fantasy is one of the most well known gaming franchises in the world. Everybody knows that Square Enix creates some well crafted worlds with the series, and the same goes for Final Fantasy 14. While the game did not have the easiest of starts with its 1.0 release, Square Enix came out swinging with the release of A Realm Reborn.

Completely revamping the game, one thing that players latched onto, as they always do with Final Fantasy, is the bosses. There is an unbelievable amount of creativity on offer with the villains in this game, from the designs to their movesets, and even their themes. Some fights do shine above the rest and here we take a look at the bosses that rise to the top.

8 Nald'Thal, Overseer Of The Underworld 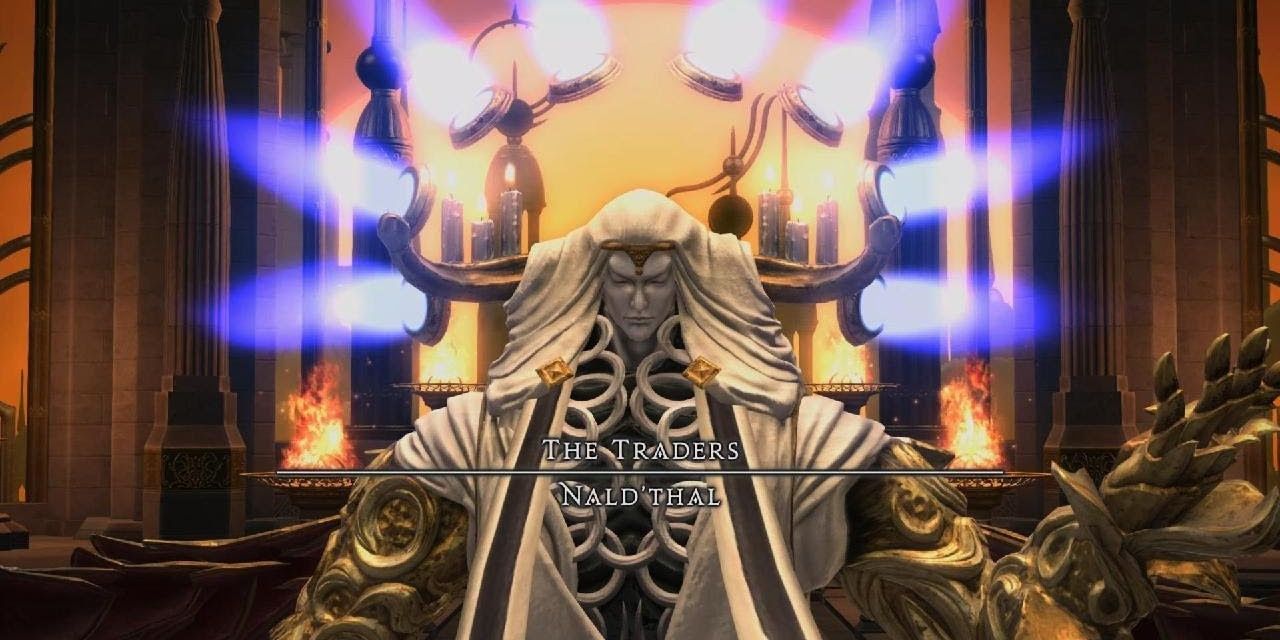 Alliance Raids have always been a huge and important part of Final Fantasy 14, featuring big story beats that could not otherwise be explored in the main narrative of the game. The same goes for the current Endwalker expansion. A question many players had going into Endwalker was how Square Enix would top the Alliance Raid series' that came before. They achieved it by not even trying.

Being featured as the final boss of the new Aglaia Alliance Raid, Nald'Thal is unique among the bosses of the game in that he is a composite of two gods, Nald and Thal, as well as being a member of the Twelve on which the raid is based. Players will be kept on their toes here as both personalities cast at the same time, but which personality actually goes through with their spell can change in a split second. That creates a unique majesty for the first major post-Endwalker content, one that may not soon be matched. As the most imposing member of the Twelve, Nald'Thal has more than earned his place on the list. 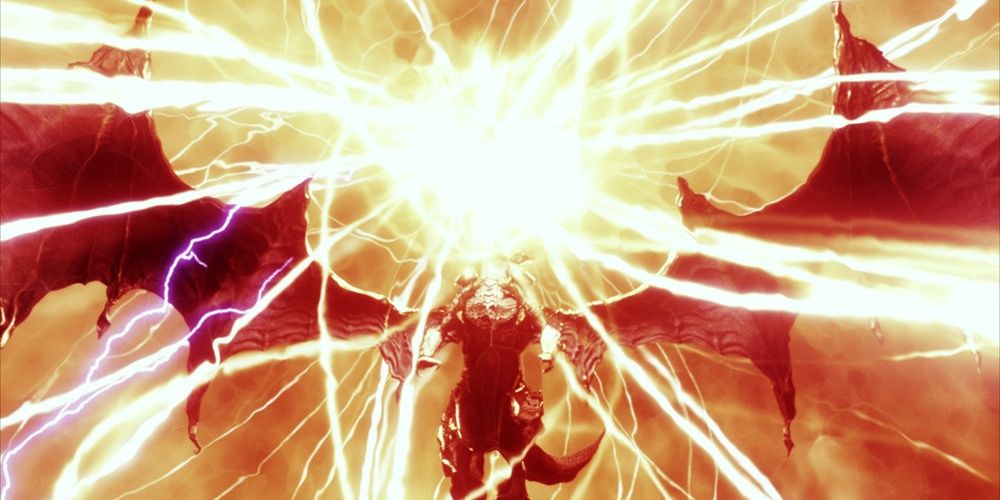 Ask any fan of Final Fantasy to name something iconic that belongs to the franchise, and odds are their minds will instantly go to Bahamut. Being featured since the first game, Bahamut is synonymous with the Final Fantasy series and that has not changed here.

He is woven into the narrative of the original 1.0 release, bringing about the calamity that lead to A Realm Reborn. Having disappeared after said events, players will be lead to The Binding Coil Of Bahamut. Here, they face many progressively challenging fights leading to an epic conclusion with Bahamut Prime. A heartbreaking story is offered to players brave enough to challenge the Coil and finally lay Bahamut to rest. Being the most recognizable and powerful Final Fantasy enemy, Bahamut's place on this list was always ensured. 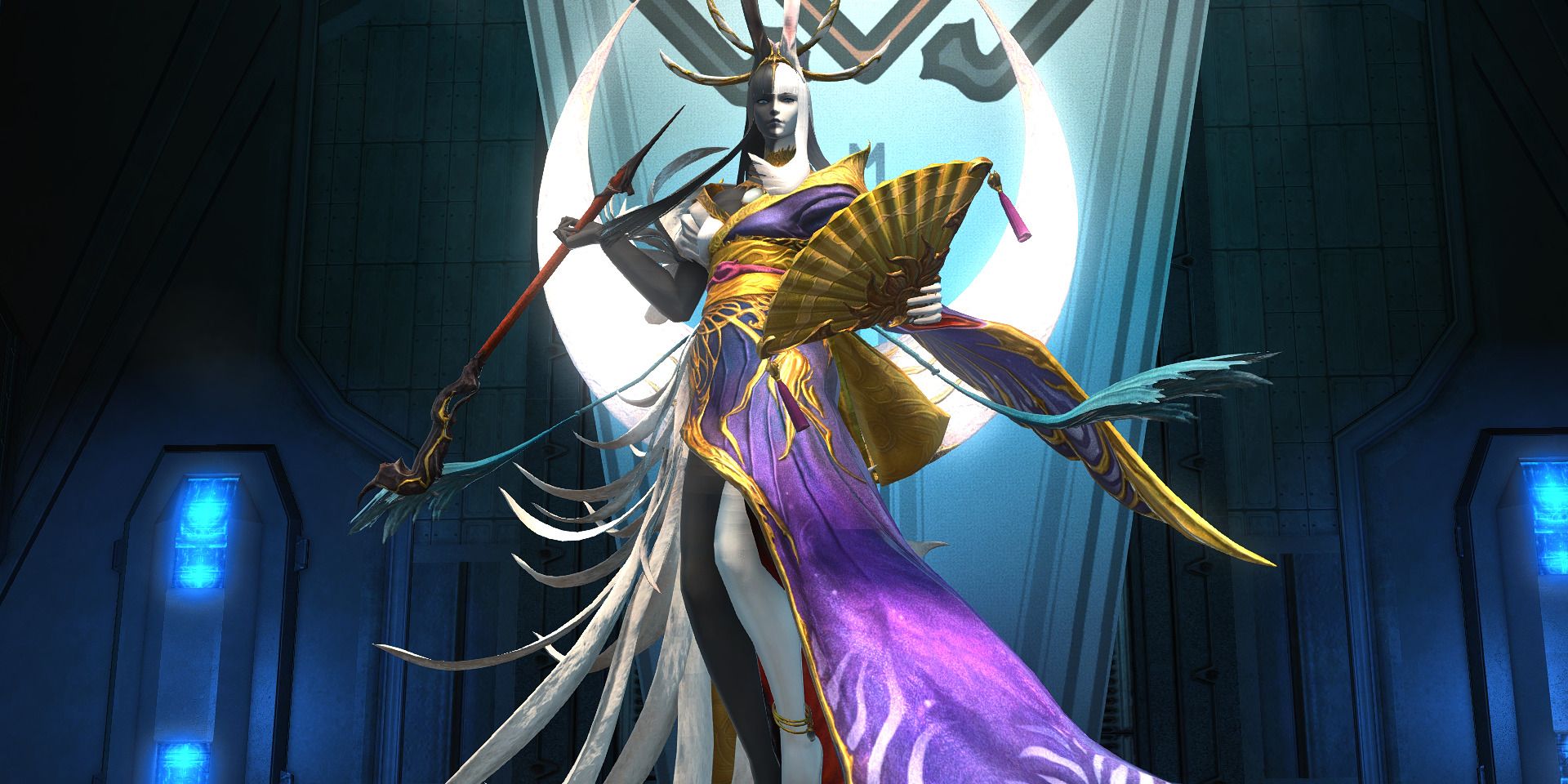 Spoilers for Final Fantasy 14's Stormblood expansion followIntimate and intricate character stories are one of the things at the heart of Final Fantasy 14. Both main and side characters at various points get their time to shine, and the characters of Yotsuyu and Tsukoyomi are no different.

While spending the bulk of Stormblood as an amnesiac, Yotsuyu splits her heart in two after regaining her memories of villainy. There's a tragedy echoed throughout, from Tskoyomi's design, the story and even the mechanics of the fight. After realising Tsukoyomi feeds off suffering, Yotsuyu summons her painful memories which players have to defeat. All of this creates one of the most epic fights to ever exist in the game. Tsukuyomi's story being so tragic and memorable earns her place here. 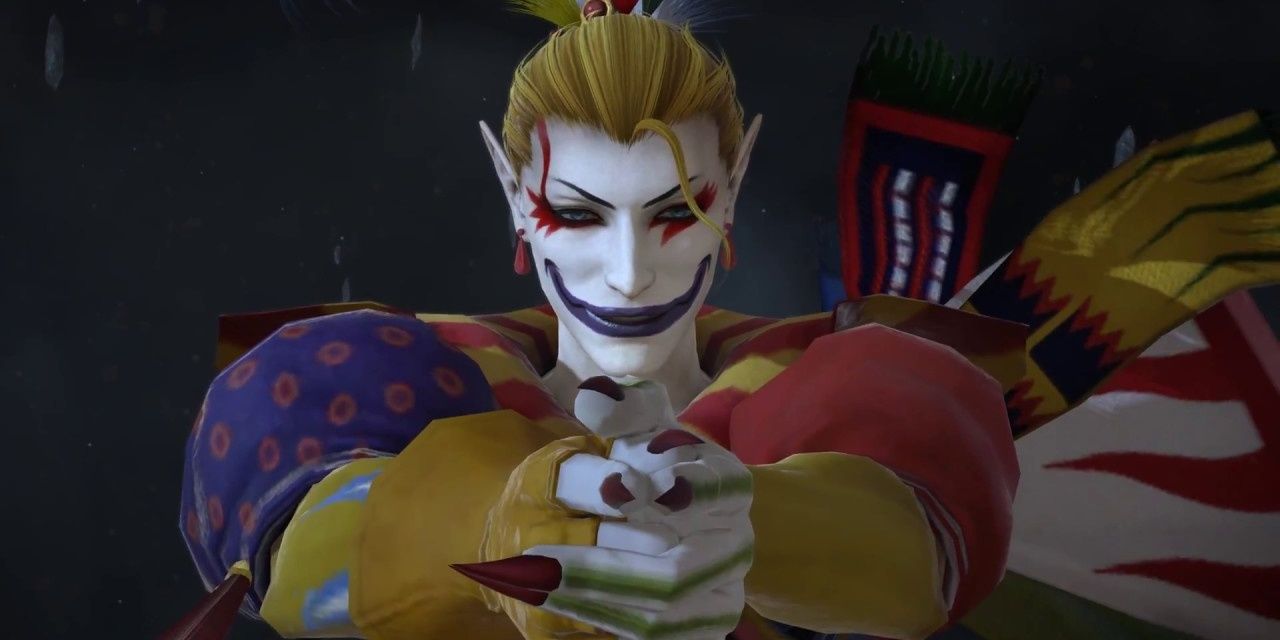 Since the release of A Realm Reborn, Final Fantasy 14 has been well known for its inclusion of numerous Easter eggs and characters from other games and franchises. The most notable of said inclusions is Kefka. Being the final boss of the Sigmascape raids, he is undoubtedly tough to beat. The story of Kefka here is an interesting one, as there's an implication that he is not a facsimile, but rather the same Kefka from Final Fantasy 6.

Being a comical jester character, his main gimmick during the fight is of course trickery. He has a number of attacks that he can cast, but the trick is that any can be a fake attack. A question mark indicator will mark which attacks are fakes, showing a necessity for players to have laser focus to win the fight. Kefka tricks his way on to the list, leaving an impression players will not soon forget. 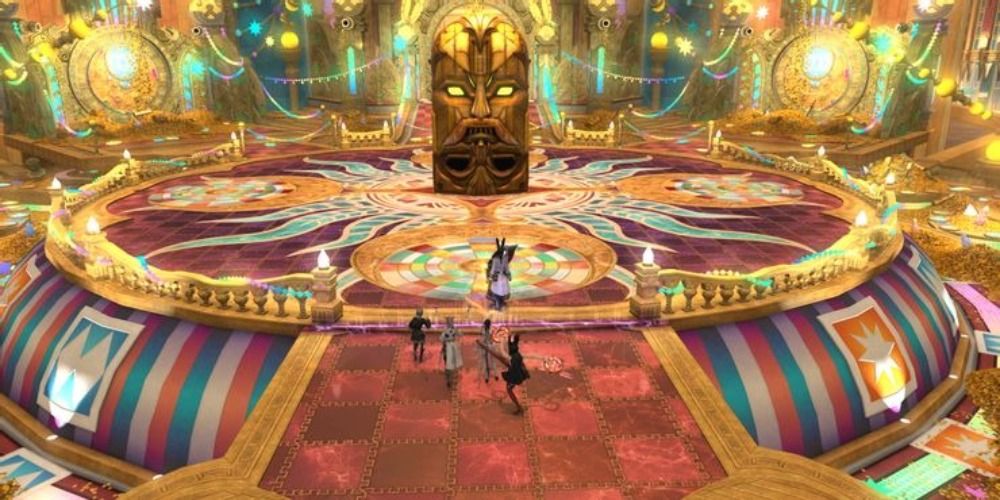 One train of thought all players have at one point or another when playing is "How do I make gil in game?". Treasure maps are just one of the many ways it can be done. Featured since patch 2.1, Treasure maps are a fun way to extend the playability of the game by doing something different to leveling or raiding.

Kumbhiraskin maps are the latest addition. The players lucky enough to get a portal will be taken to The Excitatron 6000, a new instance created as something of a theme park within the game. For those players that are lucky enough to get to the end, they will come across either the Lucky Sphinx or the Lucky Face. Not only are they inventive and gorgeous fights, you will get 100 thousand gil just for finishing.That's without any gil you get along the way or materials you find, some of which are currently very expensive. Lucky face and Lucky Sphinx add a fun and fruitful end to a unique part of the game. 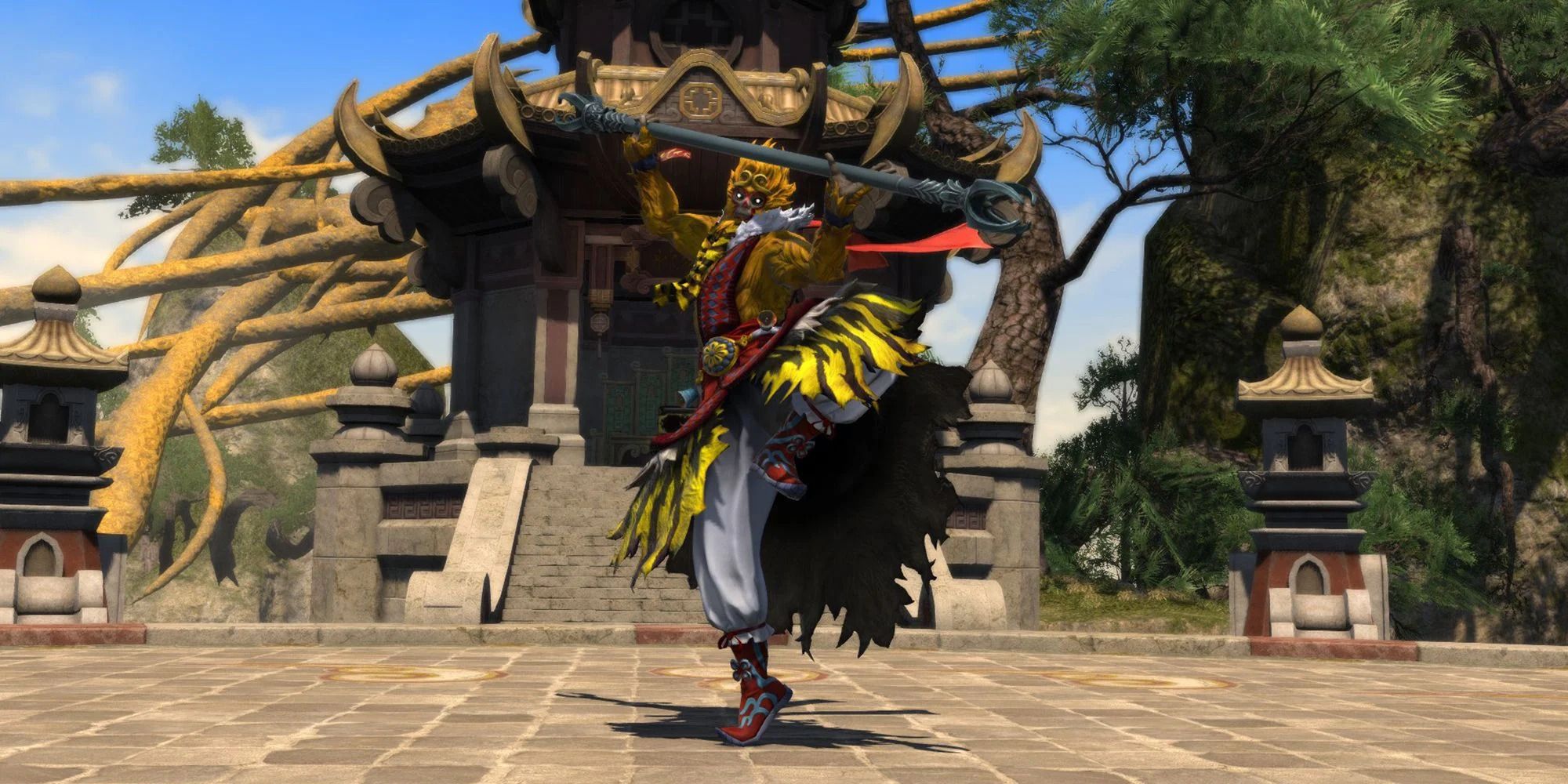 The creativity of the Final Fantasy has always been something many see as unparalleled in the industry. The characters, stories and world building are always beautiful and epic in scope, showing off the creative power at Square Enix.

When it came time for the Stormblood expansion, something different was attempted. Instead of creating an original narrative for the Swallow's Compass dungeon, they went down the unique route of adapting the themes and characters of Journey To The West. Even his story and title are adapted to a degree, with his name meaning Great Sage, Heaven's Equal. With amazing mechanics that include him splitting and having to fight two of him at once, players will undoubtedly be wowed and never forget this fight.

2 Shiva, Patron Saint Of The Harriers 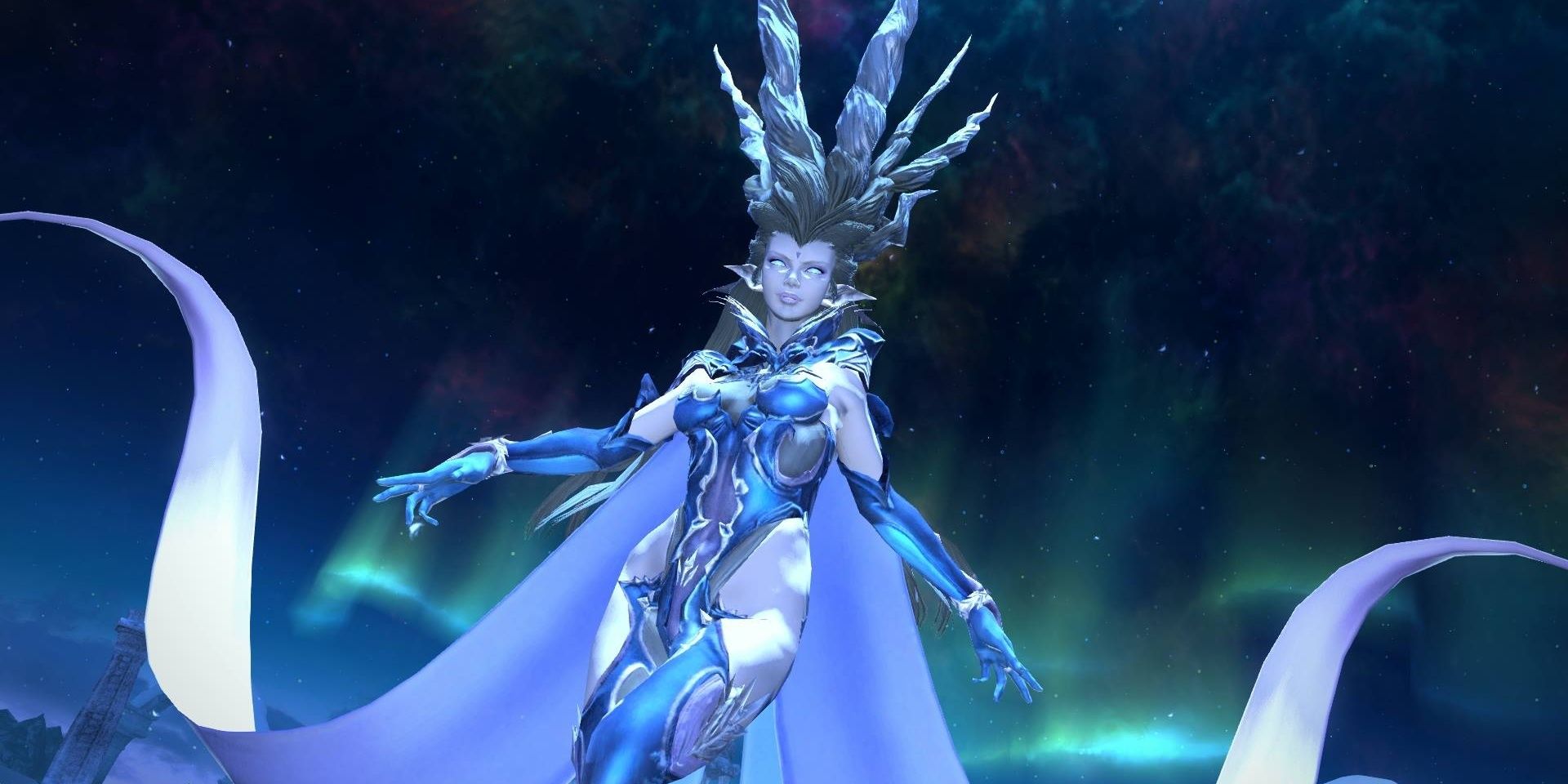 After the chaotic flop of the original release, Square Enix had to be extremely careful in crafting A Realm Reborn. Everything from the ground up had to be done with such precision to please players, with any less not being enough. One of the biggest things to stand out were the Trials.

Trials have always been one of the most fun parts of Final Fantasy 14, and Shiva is the definite standout of them all. Not only is the fight so memorable and full of mechanics still talked about, but the story surrounding it is great. Woven together with legend and the threat of the Dragonsong War, the Shiva we fight may be a perversion, but it's nonetheless a taxing fight that's always remembered. Shiva makes players feel cold, but leaves them remembering the fight. 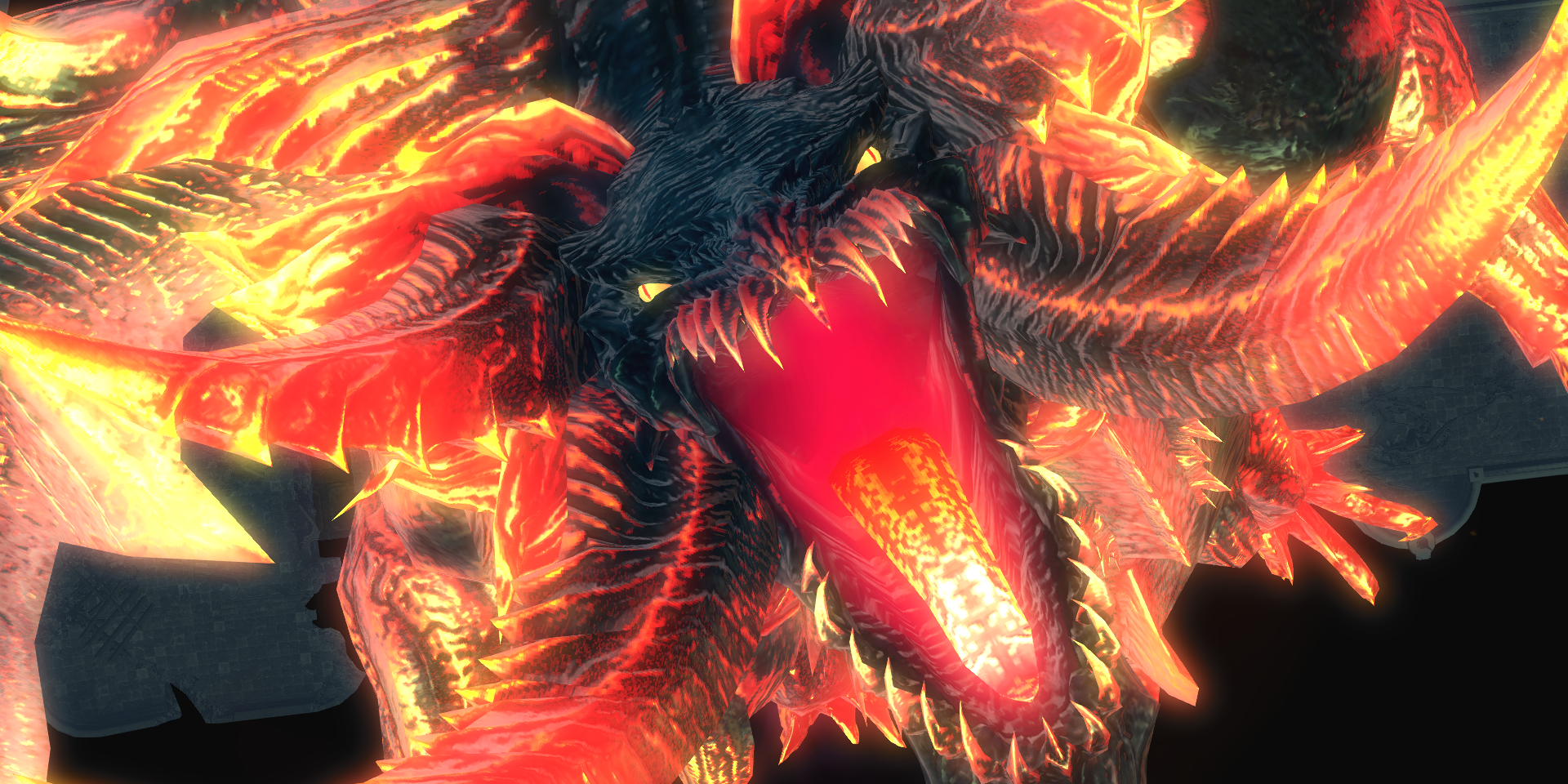 The Dragonsong war is arguably the defining story arc of Final Fantasy 14. After making waves in the MMO world with A Realm Reborn, Square Enix hit the ground running with the story of Heavensward. Not only did we expand into Ishgard, but we get thrust head first into a war with Dragons.

Nidhogg is the most brutal of them all. Being directly responsible for the deaths of many characters, Nidhogg is a character full of intrigue and displays an anger that is rarely matched. Even stepping into his final confrontation in The Final Steps Of Faith, players know what they are in for in this chaotic fight. Make sure to never let up, as even a split second lapse in judgement can still get even the most seasoned of players killed. Players will leave the fight scared and impressed with this brutal end to the Dragonsong War.