We pretty much all had the same visceral reaction to seeing the trailer for a new Kirby game that appears to take place in a post-apocalyptic world. Is the new Kirby set in The Last of Us? While the gameplay of Kirby and the Forgotten Land might be all sunshine, flowers, and Mouthful Mode, any post-apocalyptic setting in a game begs the question: how did we get here?

As it is always with Kirby, the "lore" of Forgotten Land is anything but clear and direct. However, there are quite a few small things here and there that seem to hint towards a possibility that the "Forgotten Land" could in fact be a post-apocalyptic future of our own Earth.

8 The Existence Of Human Technology And Architecture 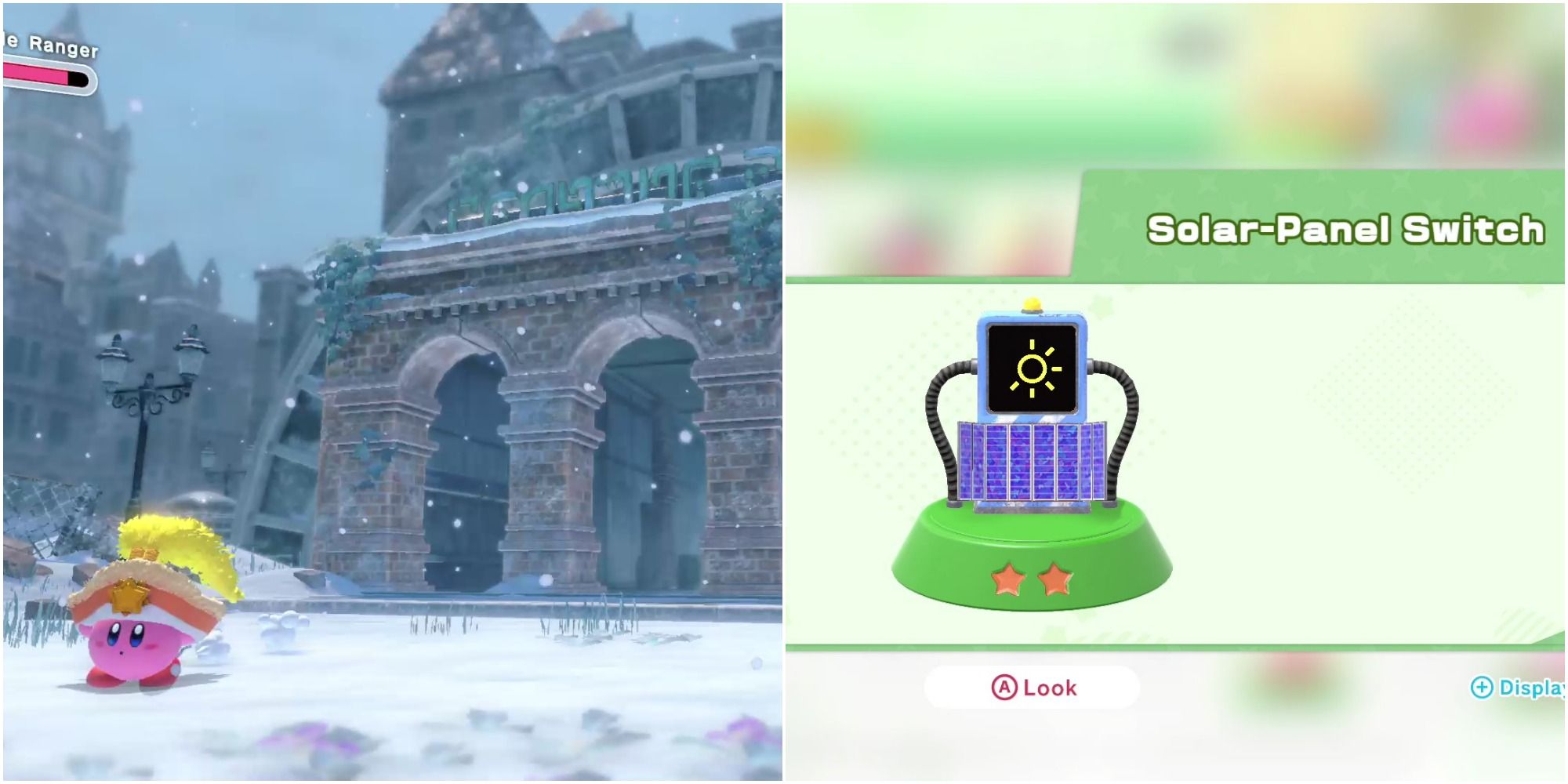 It is entirely possible for another species besides humankind to have invented technology such as solar panels, subway trains, or escalators. For instance, we know from other Kirby games of the existence of an advanced people called "The Ancients". Saying that, the presence of this technology in Kirby and the Forgotten Land only strengthens the world's similarities to Earth.

However, while none of the stages or areas of Forgotten Land are recognizable landmarks we might know, such as the Empire State Building or Golden Gate Bridge, the architecture is also eerily comparable to our own. From train stations to beach resorts, the appearance of the Forgotten Land is strikingly similar. You can even find some martini glasses in Originull Wasteland. 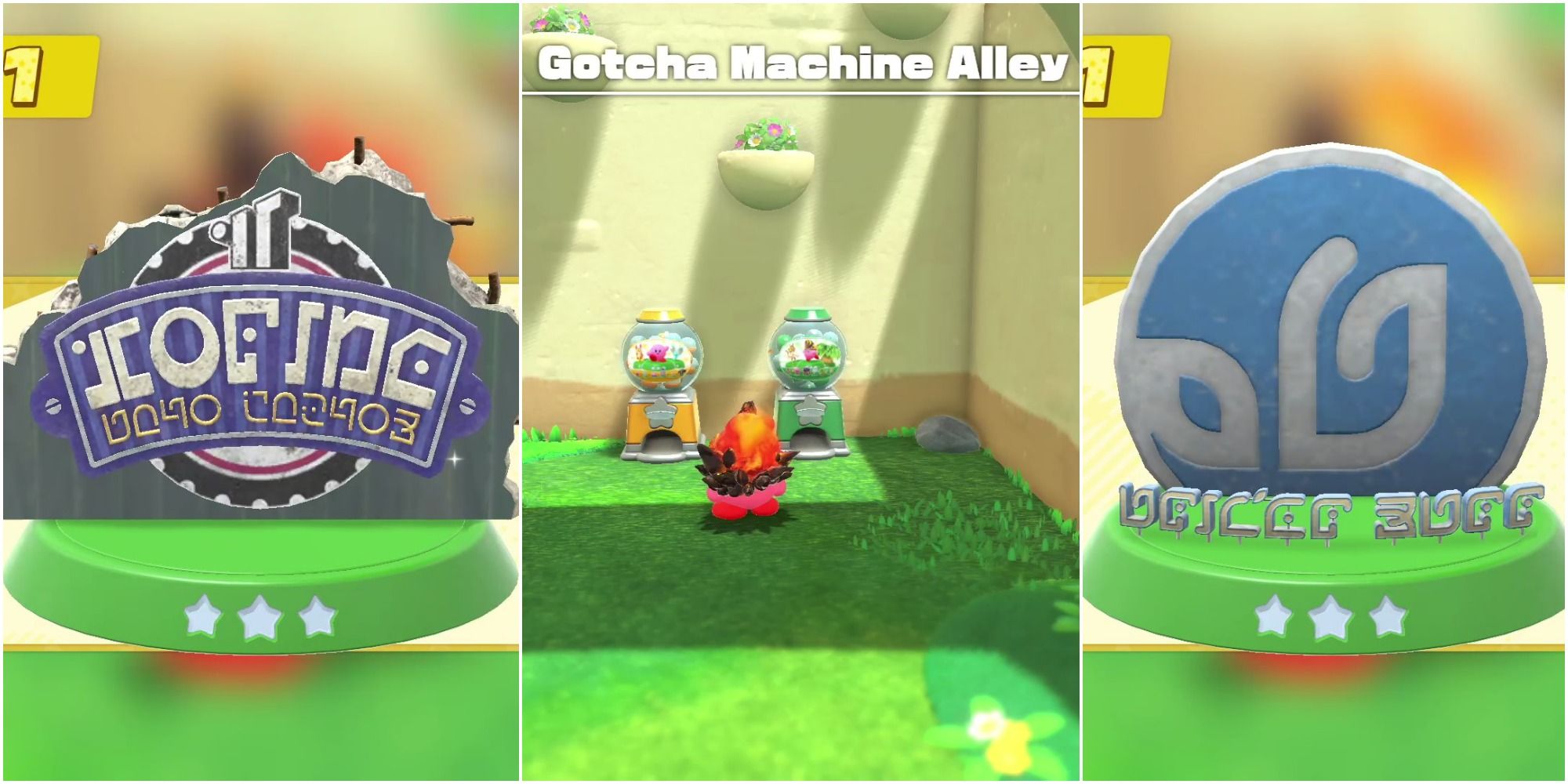 In the past, Kirby games have exposited most of their story through pause screens between stages or enemy fights. In Kirby and the Forgotten Land, most of the lore can be found through Kirby's Gotcha capsule collection. As you venture throughout the Forgotten Land, you can find little capsules hidden that contain miniature toy replicas of elements from the world. There is also Gotcha Machine Alley, which can be unlocked in Waddle Dee Town.

A majority of these Gotcha toys are replicas of familiar enemies, but some stand out as being unique to Kirby and the Forgotten Land, particularly some old signs in an unknown language, that give hints of greedy conglomerate tech companies of which only remnants now exist.

6 Species Of Animals Found On Earth 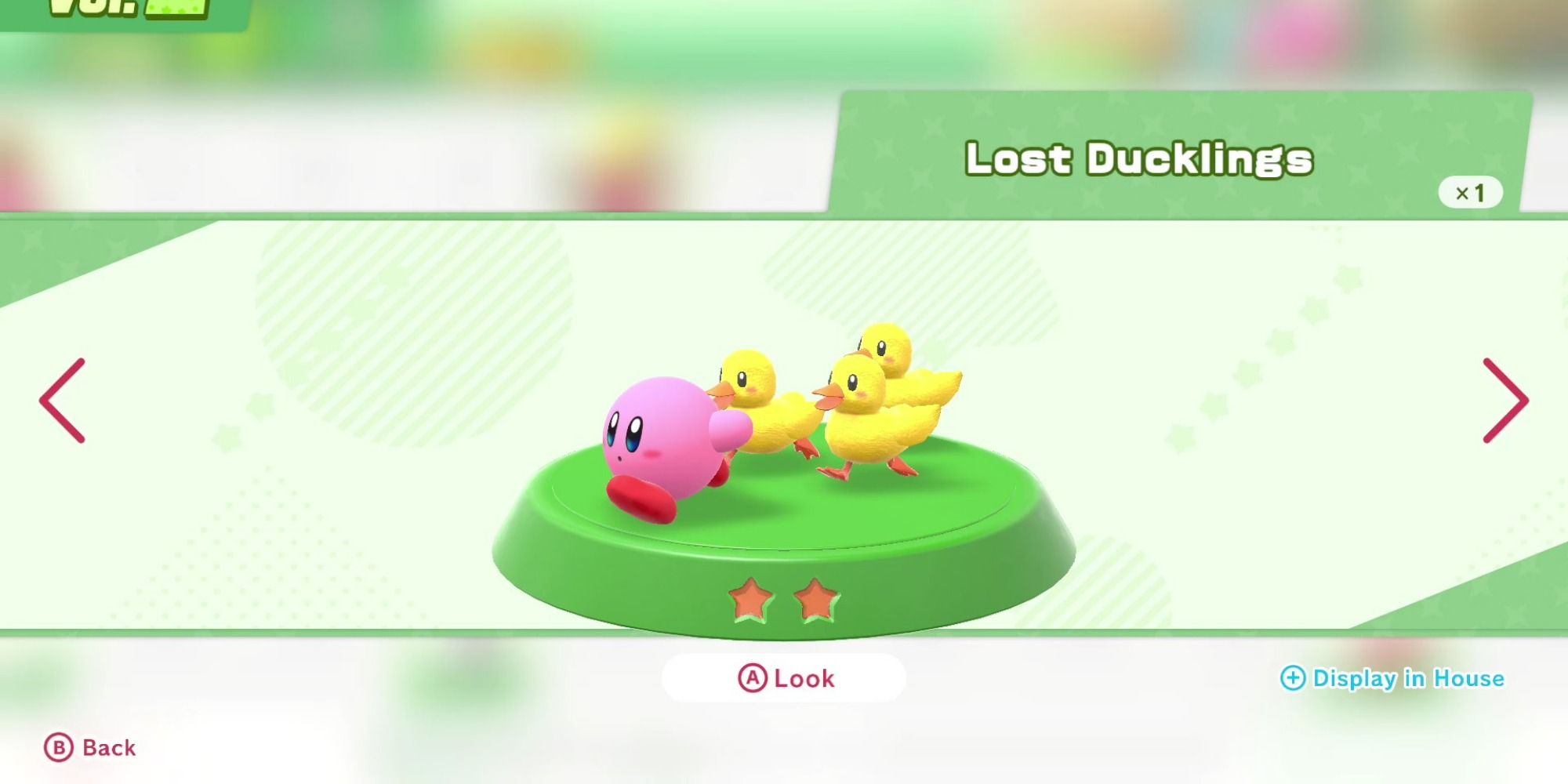 Most of the critters you come across in Kirby and the Forgotten Land are recognizable foes from previous games, such as Cappies. However, Forgotten Land also introduces some new enemies that bear a strong resemblance to earthly animal species.

You have Awoofies, which look quite a bit like foxes. Then there are also the Lost Ducklings, which are a part of a side mission that can be done in several stages. Not to mention the Beast Pack themselves, ferocious as they may be, who all appear to be evolved versions of animal species such as gorillas, swans, and leopards. 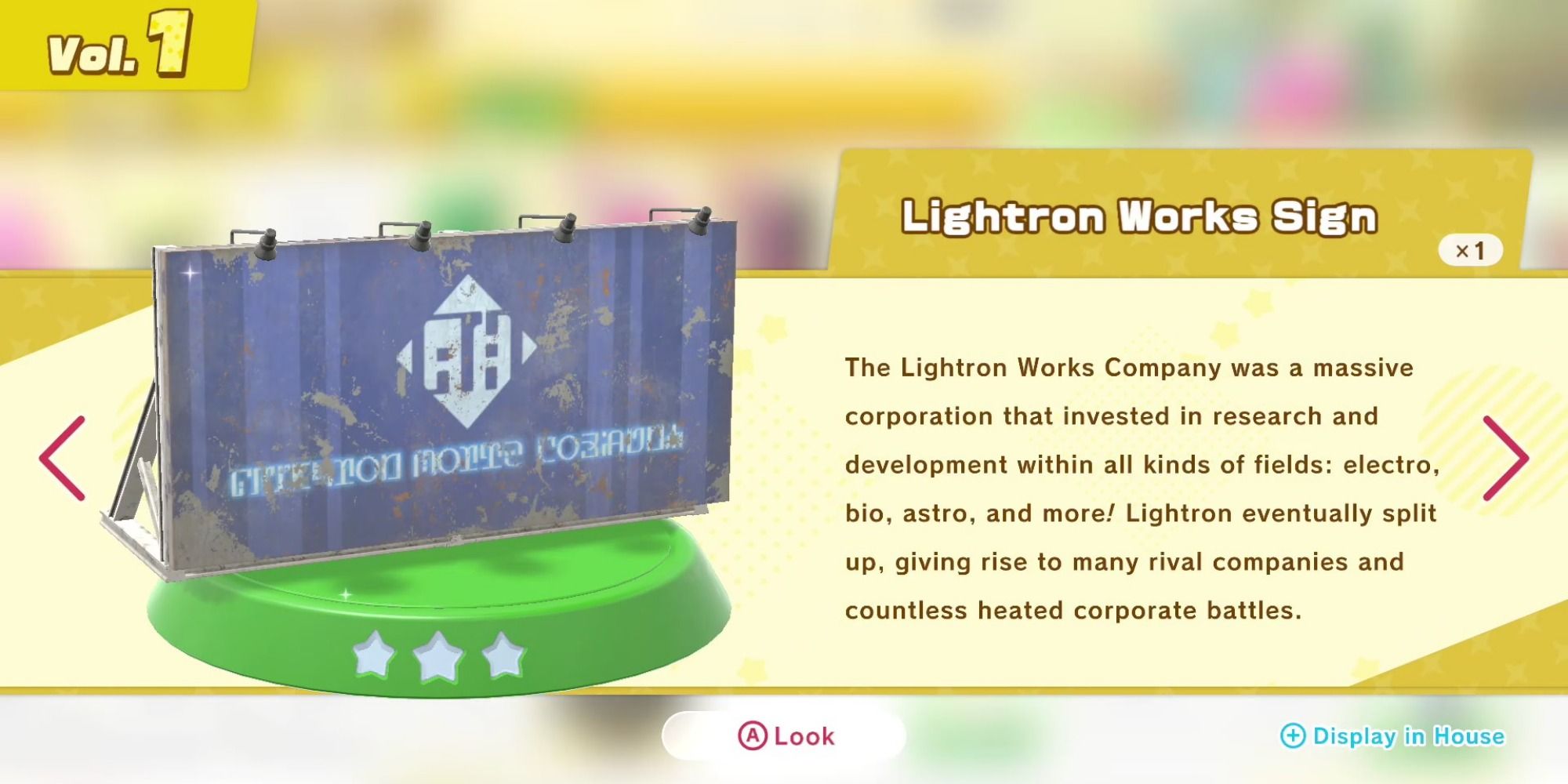 In one of the Gotcha capsule toys, we see a potential reference to a baddie from a previous Kirby game. If you find the "Lightron Works Sign" in your capsule, the description notes that this long-gone company used to practice research in "electro, bio, and astro" fields of science. However, "Lightron eventually split up, giving rise to many rival companies and countless heated corporate battles."

Is it possible that Lightron could be the parent company of Haltmann Works Company, the sinister corporation helmed by Max Profitt Haltmann from Kirby: Planet Robobot? Perhaps CEO Haltmann used Lightron's "astro" research to build the Star Dream.

4 Alivel Mall Is The Same Mall From Shiver Star 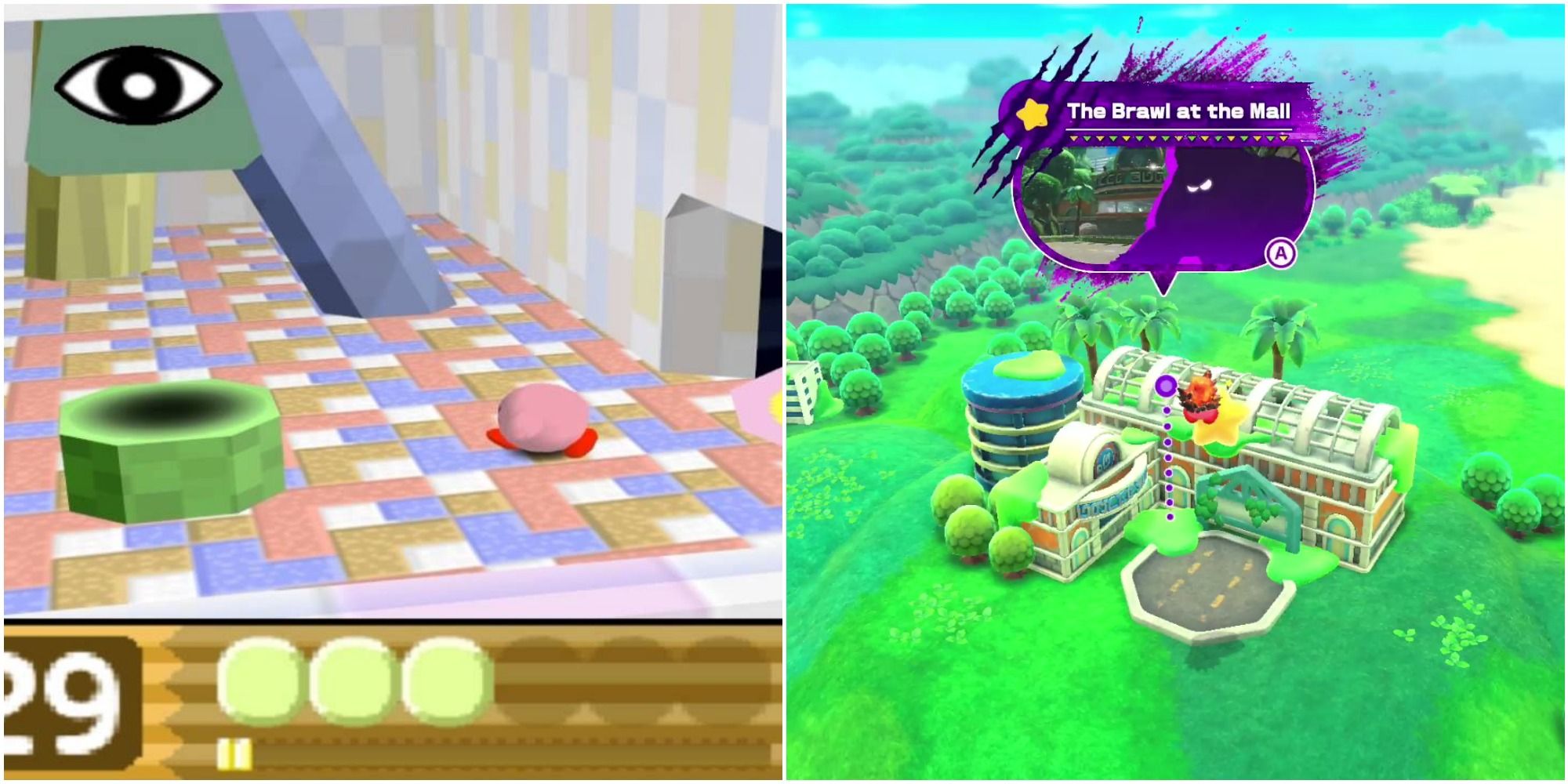 Perhaps the most damning evidence that the Forgotten Land could be earth is that this would not be the first time Earth has been referenced in a Kirby game. In Kirby 64: The Crystal Shards, there is a level called "Shiver Star" that appears to be a frozen-over version of Earth. You can even see the outlines of recognizable continents, such as Africa and South America. Shiver Star even has a moon orbiting it that is eerily similar to our own.

What's more, the Alivel Mall where you battle Strong-Armed Beast Gorimondo could be a direct reference to the mall stage from Shiver Star. It's hard to say for certain, as both present as your typical shopping center with no standout landmarks. It is a rather big coincidence though if this is not true.

3 Downtown Grassland Is The City From Shiver Star 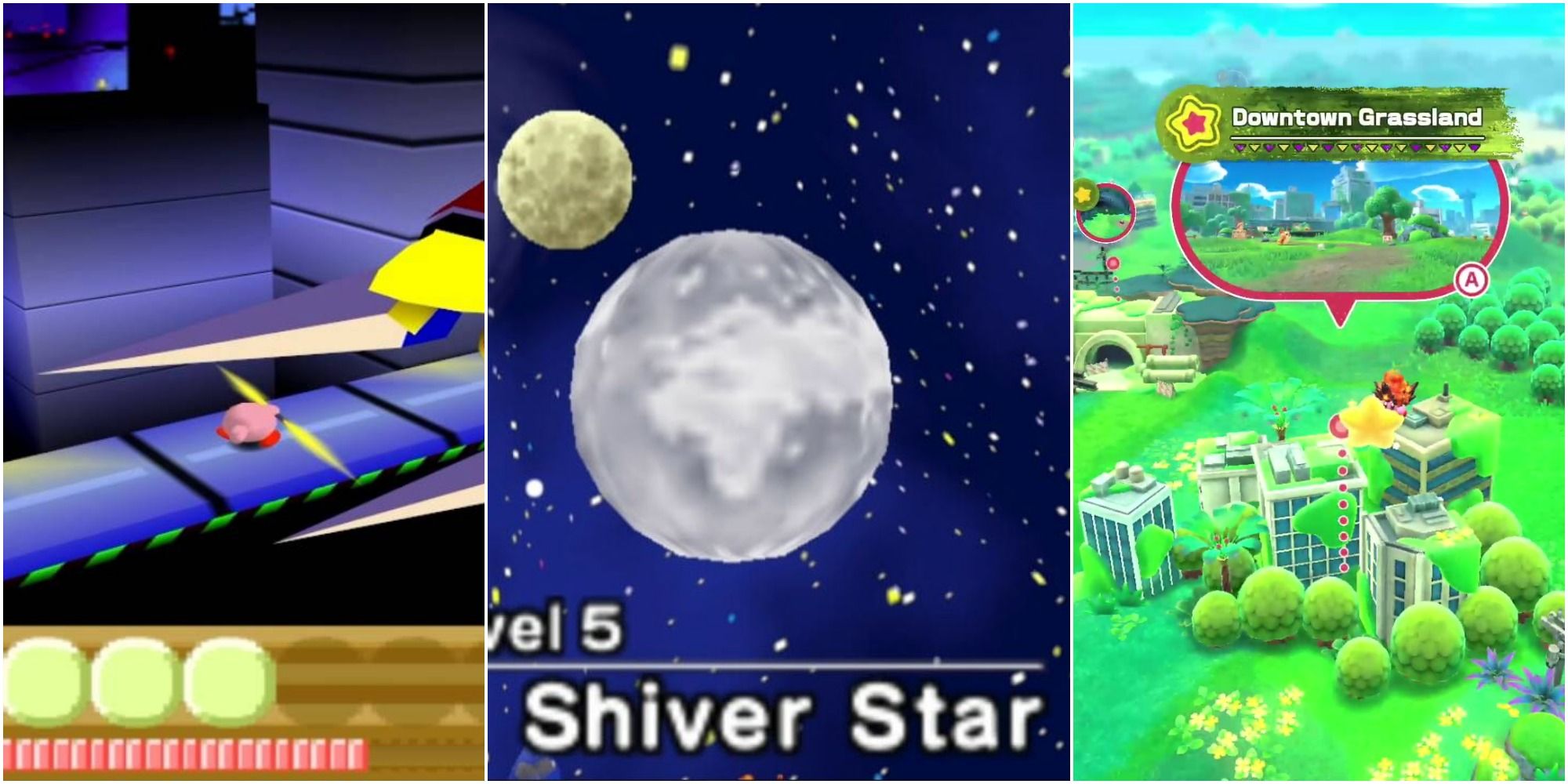 Only furthering the similarities between the Forgotten Land and Shiver Star from Kirby 64: The Crystal Shards, there was yet another stage in Shiver Star that presented as a futuristic city.

If Forgotten Land is set in the distant future for Shiver Star, could it be possible that Downtown Grassland is what became of that city from Shiver Star?

2 No One Does Global Warming Better Than Us 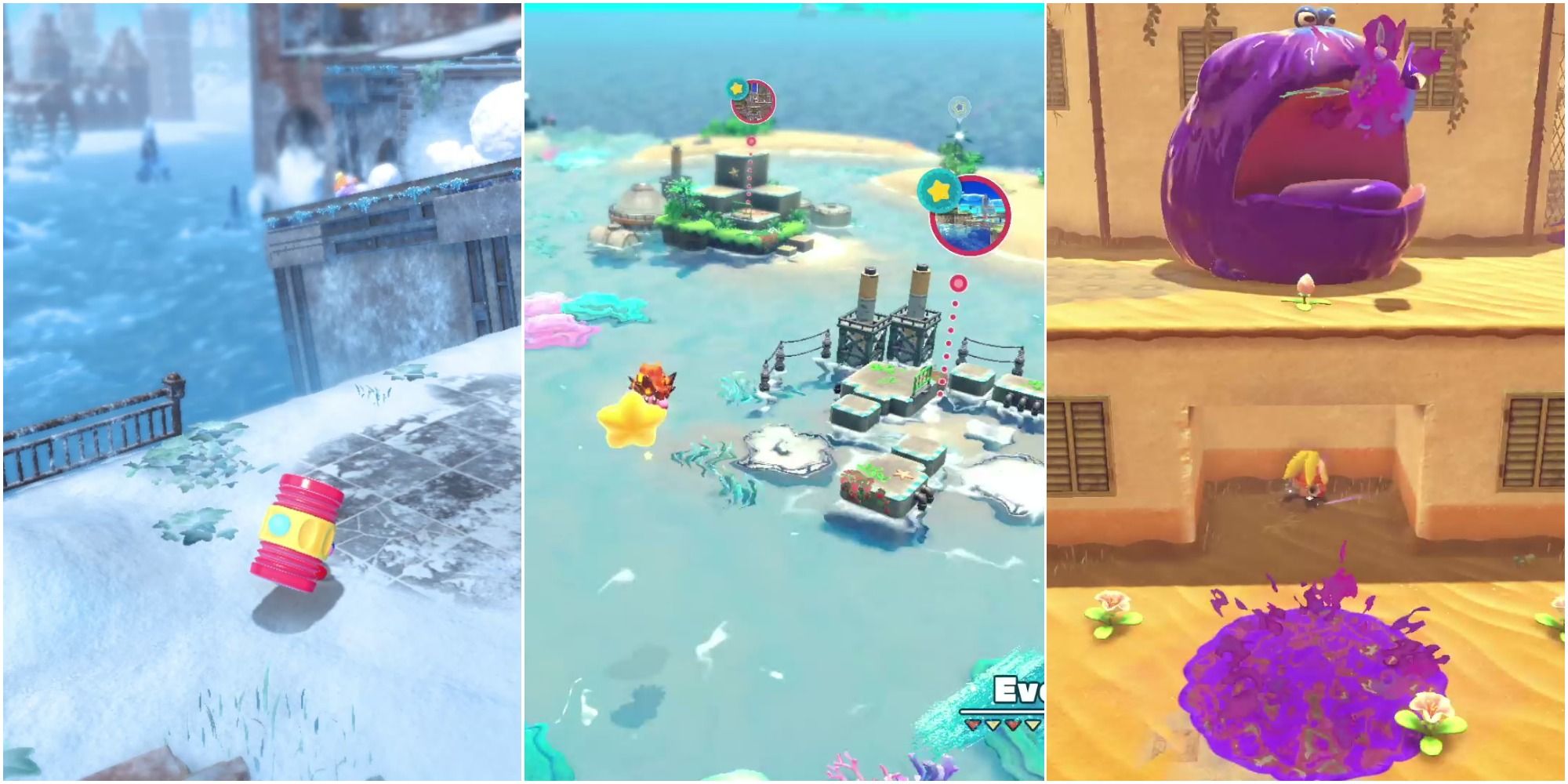 Wherever the Forgotten Land takes place, it is clearly experiencing global warming. While at first, it might appear that Kirby has landed on an abandoned island, it soon becomes apparent that what is now an isolated isle was once a much larger landmass. You can see in Everbay Coast area particularly that the coastline has pushed in and flooded previously inhabited areas, something which climate scientists have long predicted will happen to Earth if we continue on our current track.

If Kirby and the Forgotten Land does take place on Earth's facsimile, Shiver Star, this could be a future in which the global ice age is ending, and the planet has started to melt. We see evidence of that in the tilting city buildings of flooded Winter Horns, and especially in Originull Wasteland, where the ocean has all but dried up to a desert.

1 Could Dark Matter Behind The Dimensional Rift? 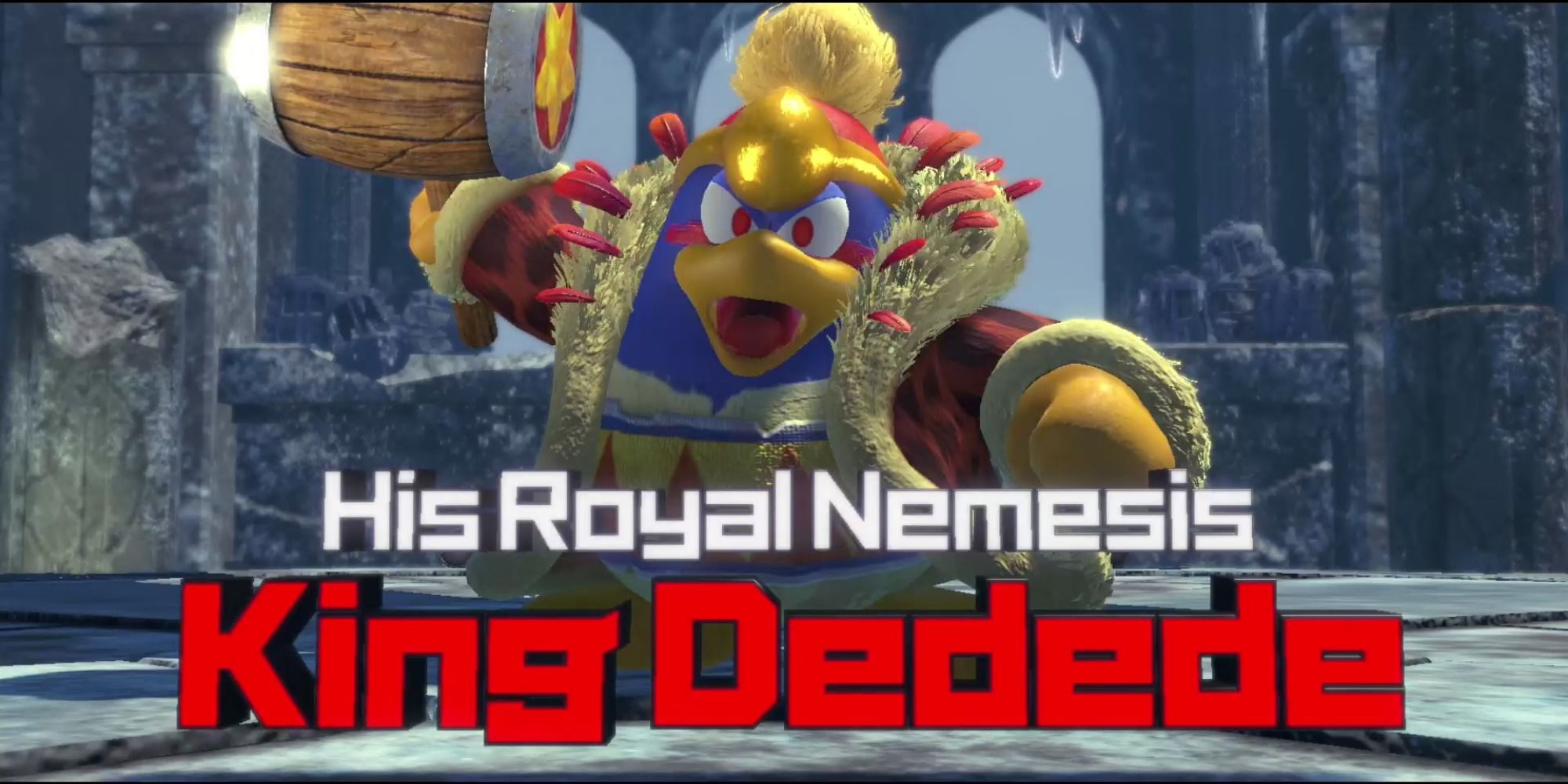 Dark Matter has appeared in almost every Kirby game since Kirby's Dream Land 2, in one form or another. Originally, it appears as a creepy black sphere with a single red eye. While its forms have changed and evolved over the course of the games, one thing has remained the same. Its ability to possess Kirby's allies, in particular King Dedede.

It would seem this would be the case in Kirby and the Forgotten Land, as the first time we meet King Dedede, his eyes are glowing red exactly as if he has been possessed by Dark Matter. If Dark Matter is possessing King Dedede again, it seems altogether too possible that it is the force responsible for creating the dimensional rift that brought Kirby and his friends to this world. But why here?

It has been mentioned in previous Kirby games that Dark Matter "feeds off of negative energy". It is altogether possible that Dark Matter brought Kirby and his friends to a desolate version of Earth where its powers are at their strongest.