By the end of Pokemon Scarlet & Violet, every major world event that was going on has been pretty decisively dealt with. The mystery of Area Zero has been solved, Arven got his partner back, not to mention closure on his parent, Penny got to atone for her actions, and Nemona… well, Nemona got to battle everyone. It's a pretty iron-clad happy ending for all involved.

That said, there are a few things we can't help but wonder about. There are still a few mysteries kicking around the Paldea region, even if the most pressing aspects of them have been dealt with for the time being. There is still plenty to learn, and plenty of treasures to uncover, for better or worse.

9/9 What Was The Professor's Goal? 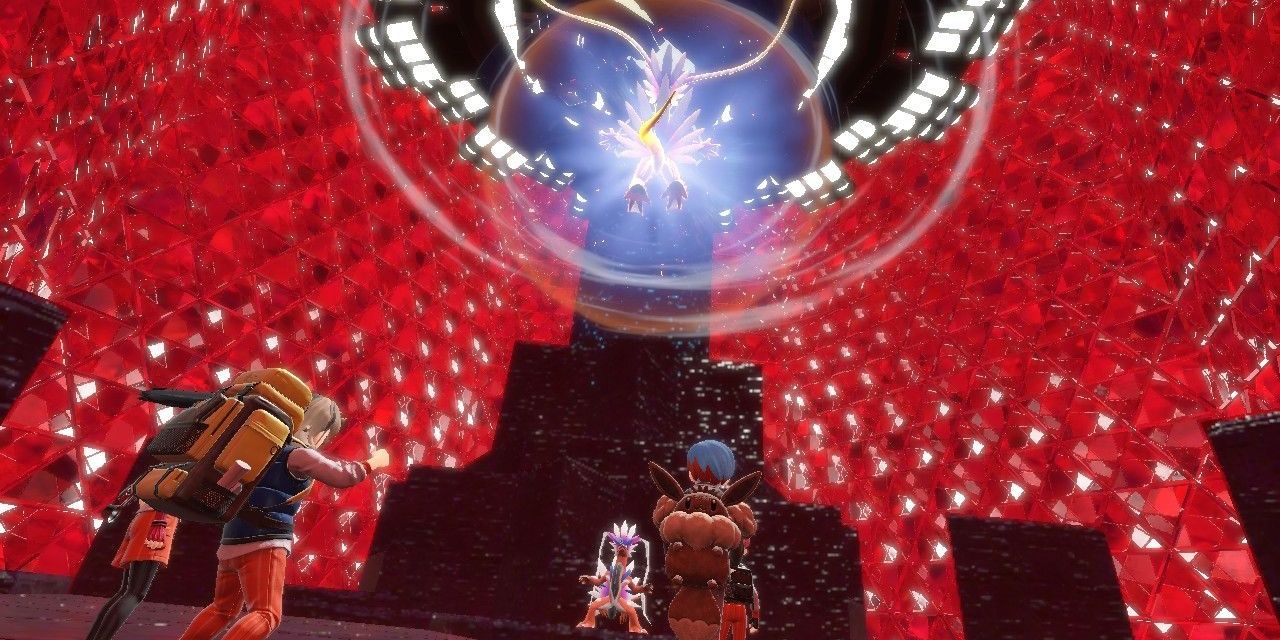 At the bottom of Area Zero, you learn that the real Professor Sada/Turo is long-dead and that the Paradox Pokemon lurking around the crater were brought there from the past/future by a Terastal Phenomenon-powered time machine. According to both the AI Professor and the various journals scattered around Area Zero, the Professor's goal was to seek the betterment of Paldea through time travel tech and the Paradox Pokemon. But what exactly was step two in this plan?

While the Pokemon living in Area Zero seem to be doing fine for themselves, that seems to be due more to the ambient Terastal energy than anything else. The Paradox Pokemon, on the other hand, are rather hostile and dangerous. What possible benefit could these Pokemon provide, and why was this pursuit so important to the Professor that they installed three separate failsafes just to keep the time machine running indefinitely?

8/9 Will We Ever See The AI Professor Again? 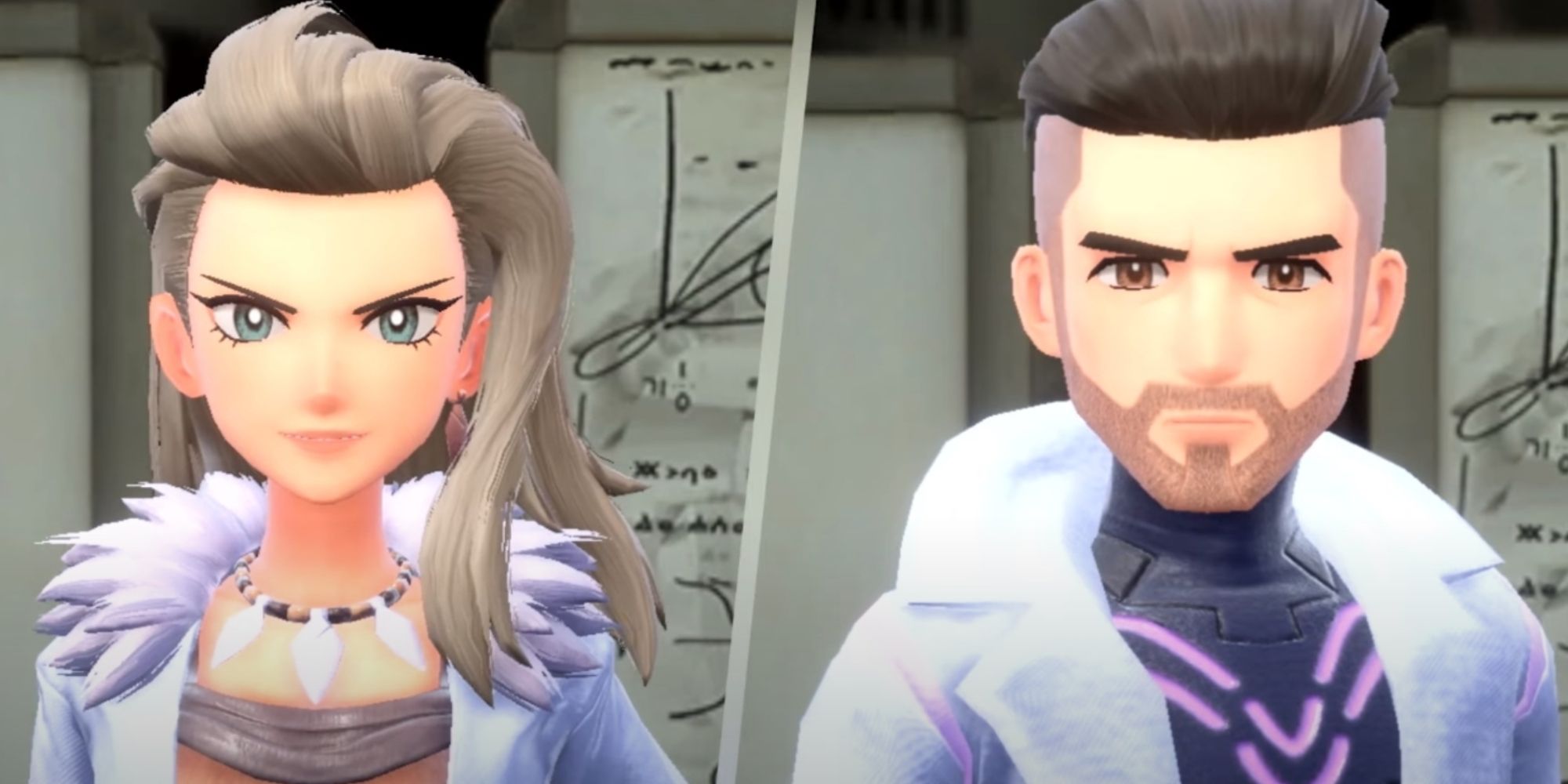 After the Paradise Protection Program is disabled, the AI Professor utilizes the time machine to remove themselves from the center and disable it permanently. The AI Professor Sada sends herself to the distant past, while the AI Professor Turo goes to the far future. Putting aside concerns about the stability of the time stream, which we've already been flaunting with all the Paradox Pokemon, is there a chance we could see them again someday?

Given that the AI Professor inhabits a robotic body and they seemed to be in relatively good shape despite years of isolation, it's not a stretch to think that the AI Sada could wait out the centuries and then be uncovered elsewhere in Paldea in the present day. As for AI Turo, if the future is advanced enough to have widespread robotic Pokemon, could he conceive a way to return to the past?

7/9 How Did Great Tusk/Iron Treads Escape The Crater? 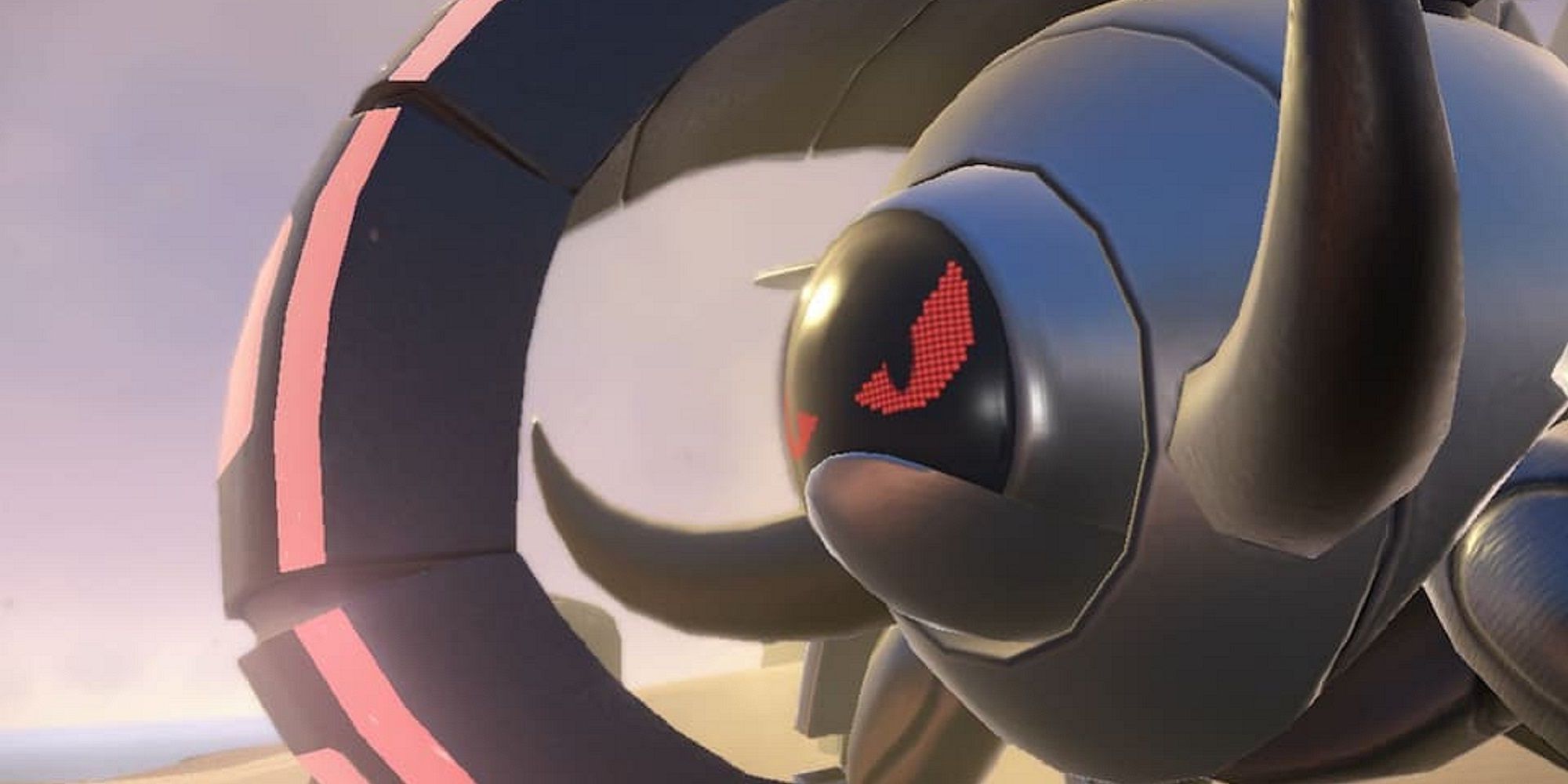 When you first enter Area Zero, there is only a small handful of Paradox Pokemon lurking around, with the vast majority of them apparently locked up within the Zero Lab. While there are flying Paradox Pokemon, the one that escapes all the way into the deserts of the southwest is Donphan's ancestor/descendant, Great Tusk/Iron Treads.

How did this single, decisively ground-based Pokemon escape the Zero Lab, to say nothing of escaping Area Zero entirely and making its way into the desert? Donphan is a Ground-type Pokemon, so perhaps it simply dug a hole, but if that is the case, does that mean there's a Paradox Pokemon-sized hole somewhere in the crater leading all the way to the surface?

6/9 What Formed The Great Crater? 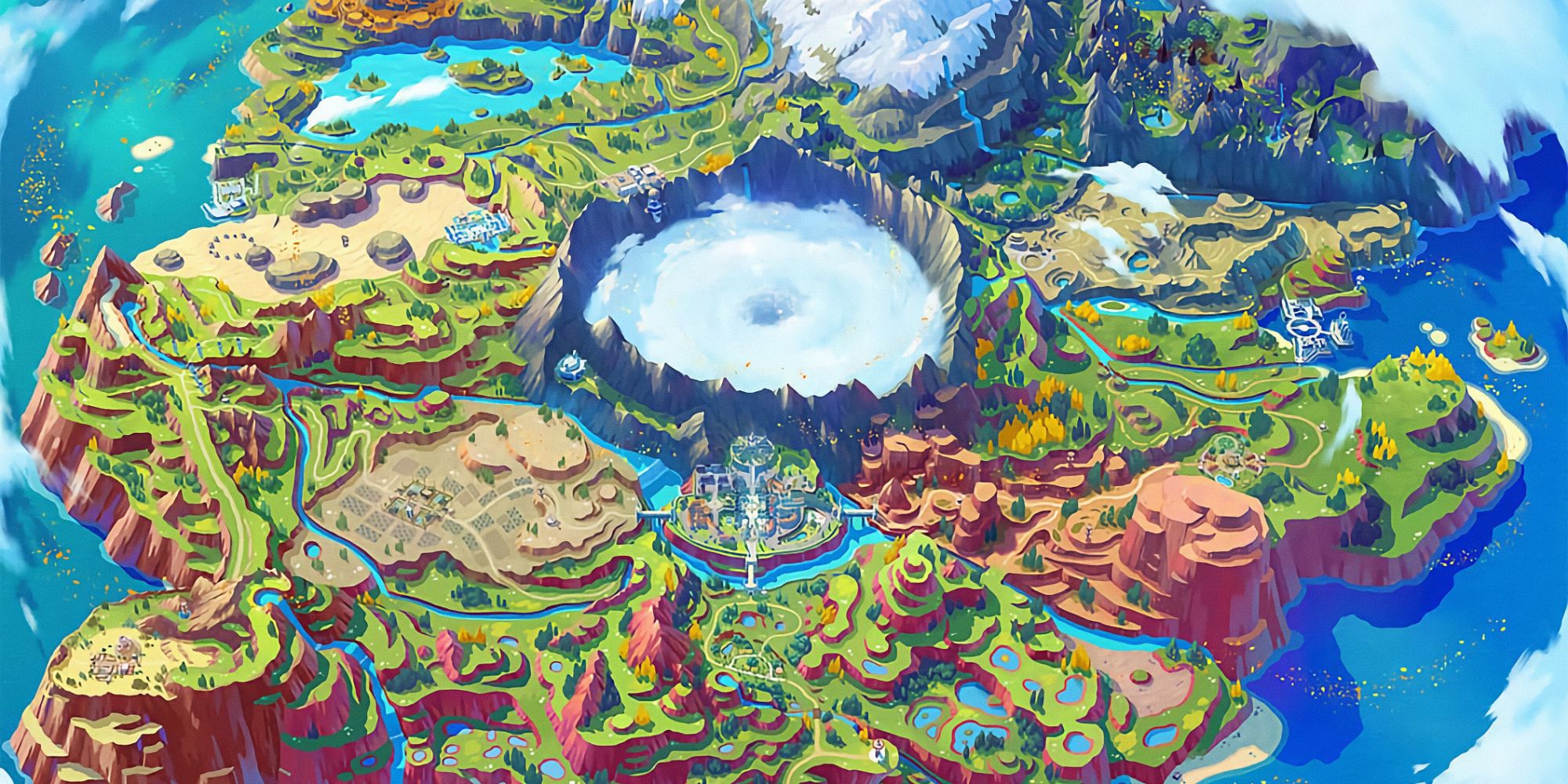 Speaking of the Crater, it's quite a mystery in itself, even with the lore we're given. According to Ms. Raifort's history class, scientists ballpark the creation of the Great Crater of Paldea approximately one million years ago. In this case, the obvious question is thus: what the heck made that thing?

The easy answer is some manner of a celestial object like a meteorite. If that is the case, though, does that mean the Terastal Phenomenon is extraterrestrial in origin? It's certainly mysterious enough, but the energy from its crystals seems to be perfectly compatible with all Pokemon, past, present, and future. If the Terastal Phenomenon came from space, why is it so compatible with creatures of Earth?

5/9 What Do We Do About The Loose Paradox Pokemon? 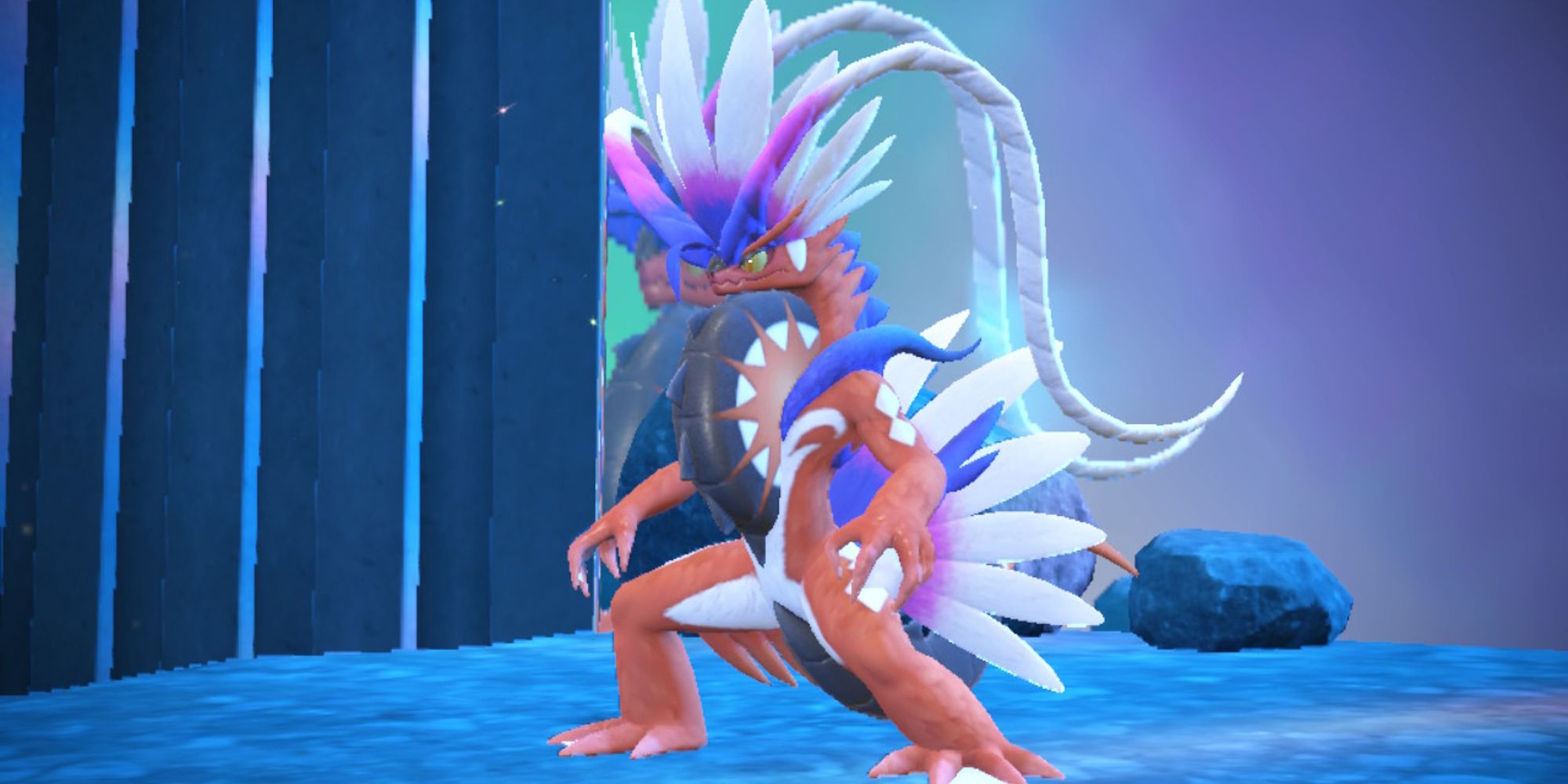 After you and your friends open the Zero Lab, scores of Paradox Pokemon come rushing out. Even after you all fight them off, they don't just go away. If you return to Area Zero after the time machine has been dealt with, you can find large numbers of these past and future Pokemon wandering around. Considering how dangerous they are, this seems like something everyone should be worried about.

While no more Paradox Pokemon are coming in through the time machine, there are still a lot of them already here and getting comfortable. There's likely no way to send them back without turning the time machine back on, so someone will probably have to go into Area Zero and catch all of them. It's either that or they all get loose around Paldea and spark a panic.

4/9 How Long Have The Titan Pokemon Been Around? 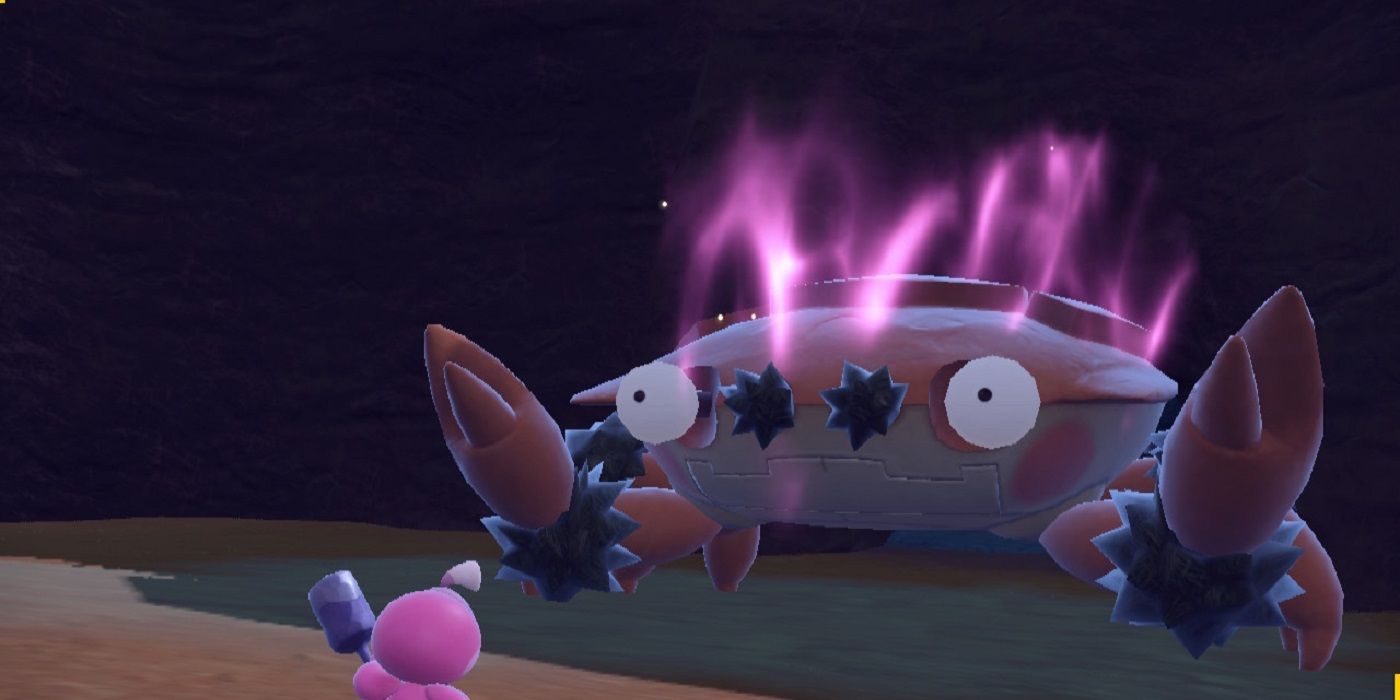 The Scarlet/Violet Book mentions discovering the Herba Mystica in the depths of Area Zero, likely created as a byproduct of the Terastal Phenomenon. The members of the original Area Zero Expedition harvested some and replanted it around Paldea to cultivate it, but had to abandon the idea when local Pokemon ate it and grew to titanic size.

This original replanting occurred around 200 years ago. Does that mean these Titan Pokemon have been bumming around that entire time? And if that is the case, are they all the same Titan Pokemon that originally drove off the expedition, or has a new Pokemon assumed the mantle every few decades or so? A lot of the Titans, like the giant Klawf, aren't exactly subtle about how they conduct themselves, so it's rather unusual that these Pokemon have remained as mysterious as they have.

3/9 How Did Penny Assemble Team Star? 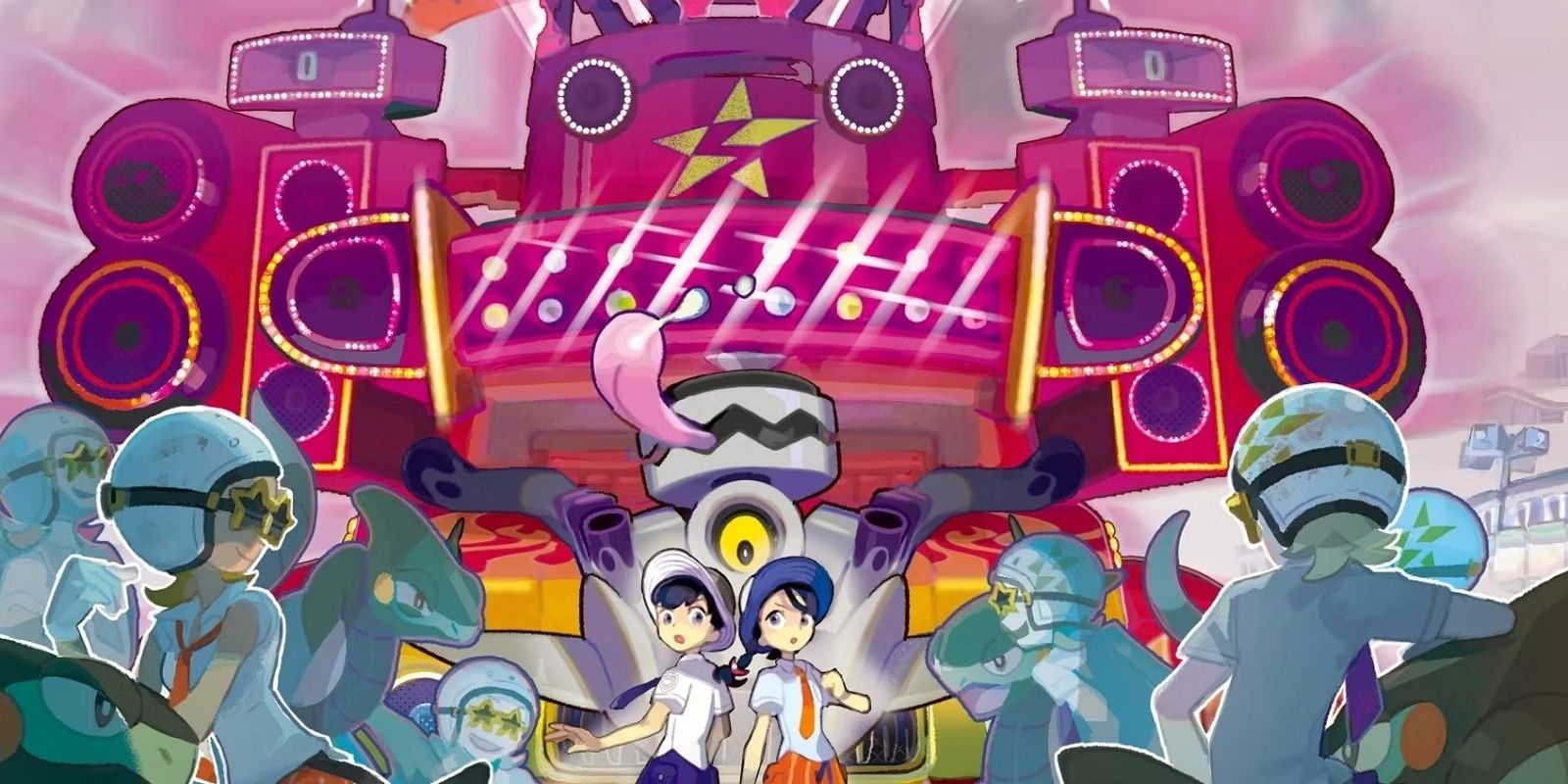 After you defeat them, the bosses of Team Star mention that their big boss, later revealed to be Penny, brought them all together and launched Team Star in earnest. However, none of them ever met Penny in person, and nobody in the organization knew who she was. Despite that, Team Star seems to be fairly well-organized, not to mention lush with resources and manpower.

You could perhaps argue that Ortega, given his wealthy status, was the one who bankrolled their operations, but even so, what did Penny say to him and the rest of the bosses to endear herself to them so firmly? People can have meaningful relationships over the internet, of course, but there's a difference between "a meaningful relationship" and "establishing and running an entire counter-bullying operation."

2/9 Why Were The Team Star Grunts Harassing People? 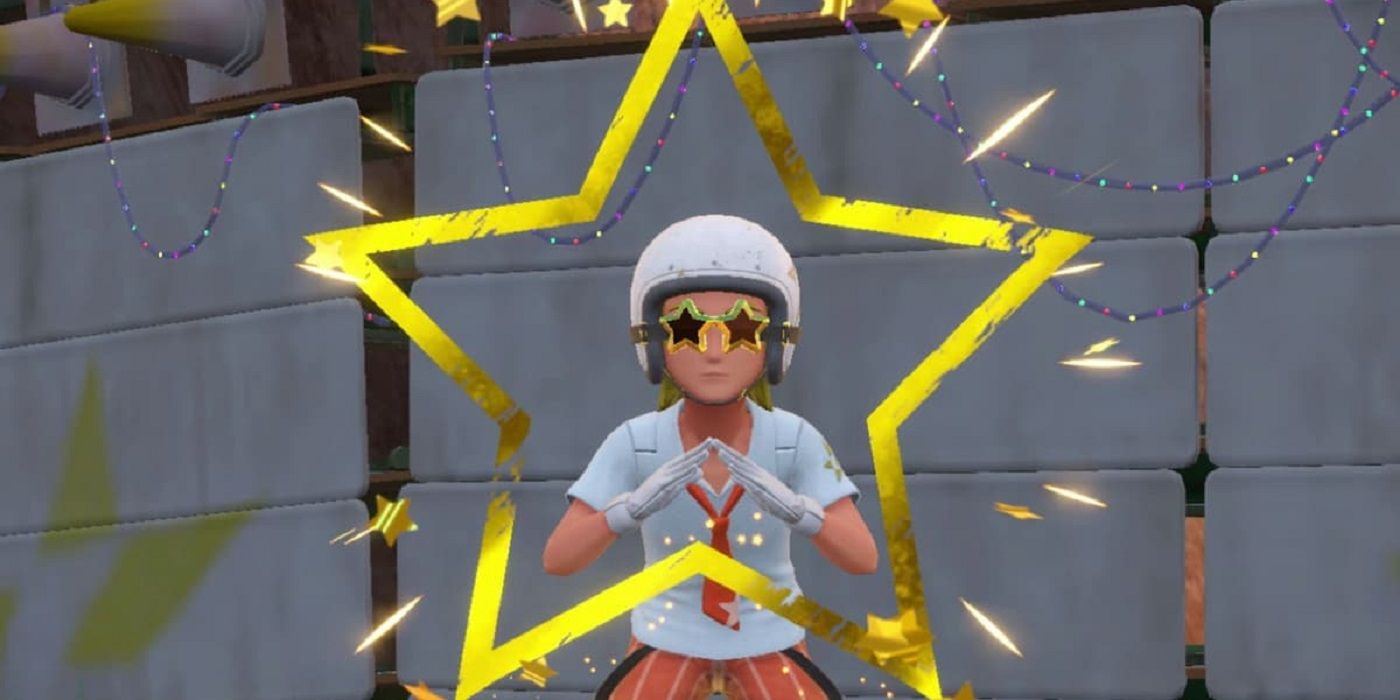 Your very first impression of Team Star in the game is a decisively negative one; they're harassing Penny in an effort to conscript her, a practice Nemona mentions has been getting out of hand. However, when you actually encounter Team Star on their home turfs, they don't seem especially rowdy or mean-spirited. They battle you, sure, but in fairness, you did challenge them.

Considering the good nature of the bosses, why are the grunts going around harassing people? One of the initial grunts mentioned having a "quota" to fulfill; is there someone in Team Star that's forcing the lower members to bolster their numbers? And if so, to what end? Team Star's only real goal was to continue running until the big boss returned. Why did they need more personnel?

1/9 Should We Be Worried About The Treasures Of Ruin? 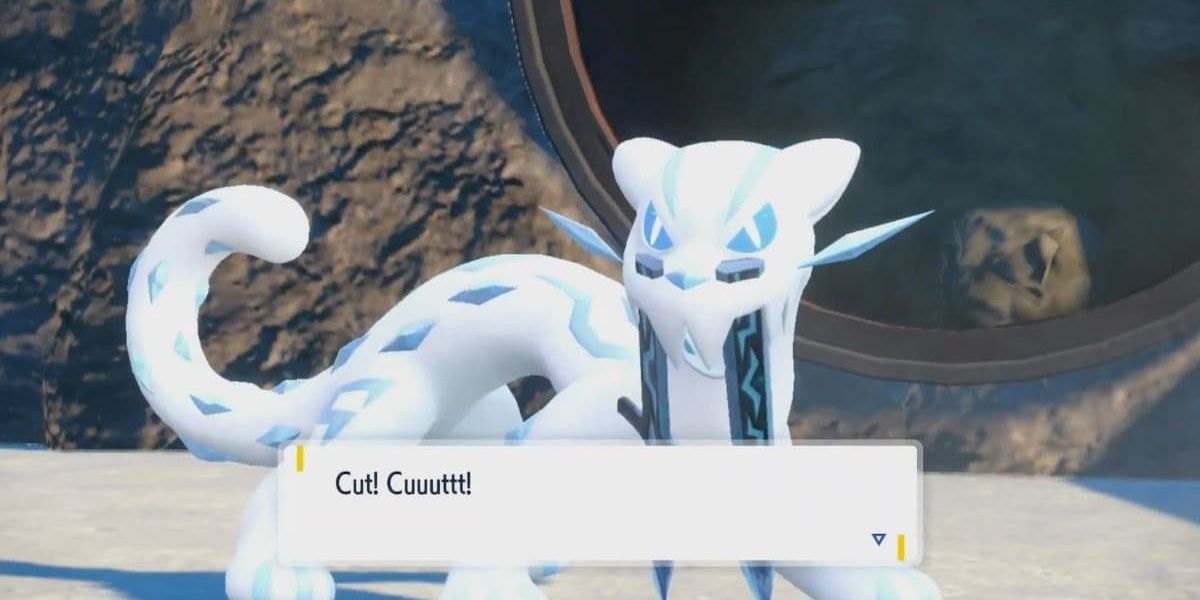 It's pretty standard practice for a Pokemon game to have a gaggle of dangerous-sounding Legendaries that only exist for you to challenge and catch yourself. However, on occasion, these Legendaries turn out to be much more pressing issues in expanded material, with Giratina and Kyurem being the most obvious examples.

Given that, should we be worried about the four extra Legendaries of Scarlet and Violet, the Treasures of Ruin? Four Pokemon sealed away for causing unprecedented catastrophes that can be unleashed by any hapless bystander that's sufficiently well-liked by Pokemon sounds like a classic recipe for disaster.