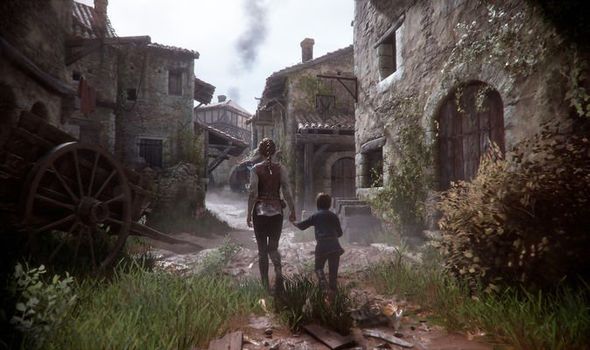 A few years ago, I had the worst fortnight of my entire life. I had just moved into a new house, and my then partner and I were working through the usual list of renovations, dreaming of the ideal home our little terrace was going to become. What we didn’t realise was that one of the necessary repairs was to the roof, which had a small hole in it.

We only found out when a family of rats moved in to the loft.

I spent the next two weeks feeling like I was trapped inside a Lovecraft story, listening to them scampering up and down inside our walls, scratching and nibbling at the woodwork, their infernal squeaking keeping me awake at night while the extermination process was undertaken.

As well as guilt – it wasn’t their fault, after all – the experience left me with a deep-rooted and unshakeable fear of the scuttling creatures.

So, having seen the rodent-infested trailers for A Plague Tale: Innocence, the latest sinister creation of French developer Asobo, I knew I was in for a rough ride. What I didn’t expect were the depths of grotesquery the game would plumb by the end of its 20+ hour run time.

(Minor spoilers for A Plague Tale: Innocence ahead) 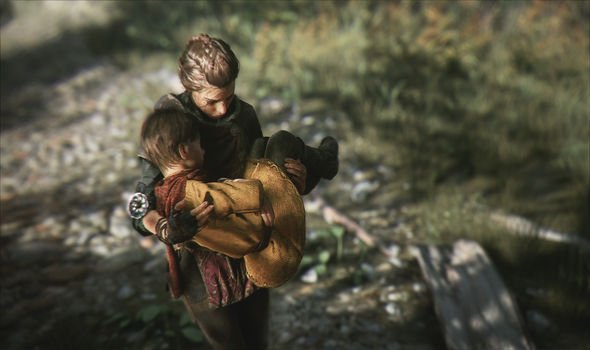 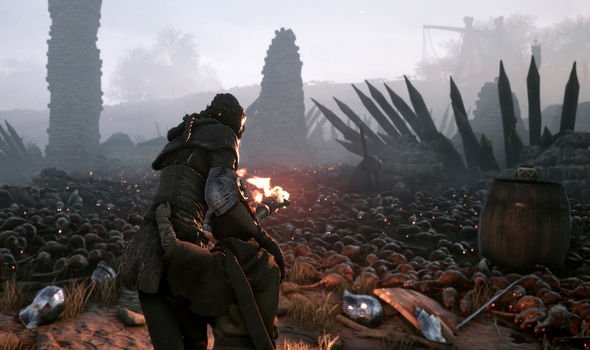 The ordeal starts innocently enough, as the title suggests (side note: why add ‘Innocence’? ‘A Plague Tale’ is a much better title by itself).

We find ourselves in 14th century France during the early stages of the Hundred Years’ War, a setting both highly original and exquisitely crafted, unfolding in beautiful pastoral scenes as we are introduced to gutsy, determined teenager Amicia, her doting father, and her faithful dog Leo.

Soon we also encounter Amicia’s younger brother Hugo, as well as their mother, who keeps the sickly boy shut away indoors while she scours her arcane library for a cure.

It doesn’t take long before at least some of the above are brutally murdered, and things have all gone to rat s**t.

The unfolding tragedy sends Amicia and Hugo on a harrowing escape through the wilderness, the fugitives pursued at every turn by the ruthless Inquisition.

During their quest for freedom they encounter pitiless soldiers from both the French and English armies, yielding some enjoyable stealth mechanics very reminiscent of The Last Of Us, as well as an innovative take on a crafting system that focuses on alchemical ammunition for Amicia’s slingshot. 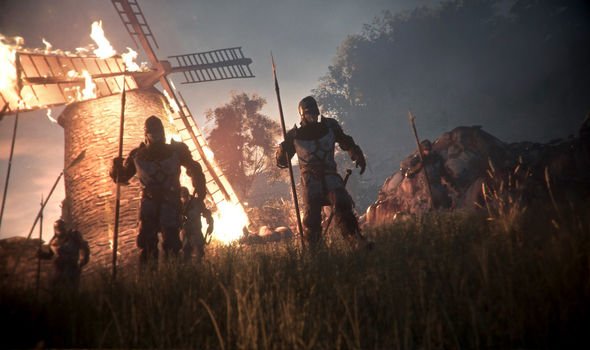 The amount of punishment the sympathetic protagonists are forced to endure borders on sadistic; the likeable duo must clamber across corpse-strewn battlefields, skulk through plague-infested villages, and crawl through the blood-crusted filth of a gallows pit.

The game does a fantastic job of depicting a nation ravaged by pestilence and conflict, teetering on the brink of collapse as its population are consumed by hunger, disease and desperation.

But it’s my arch nemeses – the repulsive, scurrying, chittering rats – that are the game’s real stars.

When they first appear in a seething mass of black hair, gnashing teeth and diabolical red eyes, I challenge you not to recoil from the screen in disgust.

You’ll quickly come to cherish the light sources that keep them at bay and provide some of A Plague Tale’s more challenging puzzles, and struggle to keep your lunch down when you’re required to direct the rats towards hapless guards, wincing as they strip armour and flesh from bones in seconds.

The vermin are masterfully portrayed, squealing as they strain at the boundary of your flickering torchlight, conveying a very real sense that they might break through and chew you to death at any moment.

The writhing swarms seem like both a single entity and a group of individuals, with lone rats occasionally venturing out of the pack to nip at your heels in a space you thought was safe, keeping you constantly on edge.

The brilliantly discordant, cello-heavy soundtrack swells whenever they burst through walls or up from gutters, perfectly complementing my almost constant sense of revulsion.

The game is certainly not flawless. The structure is utterly linear, and the frequent checkpoints erode any real sense of tension.

The puzzles and encounters are largely easy to navigate, and will present little challenge to players recently brutalised by the likes of Dark Souls and Sekiro.

The dubbed English voice acting features a lot of decidedly dodgy French accents, and it’s often difficult to work out which character is speaking. The game is also at least five hours too long, and the stealth and rat-manipulating puzzles become very repetitive by the end; although the game does its best to compensate with an impressive variety of locations. 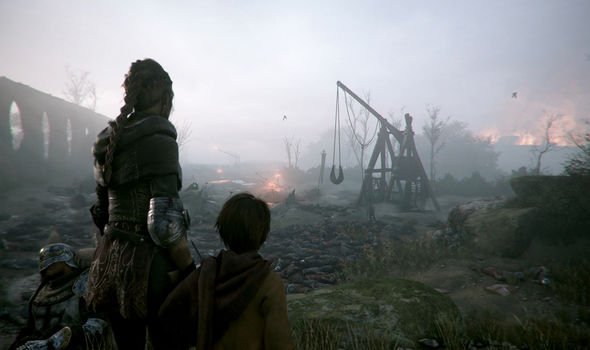 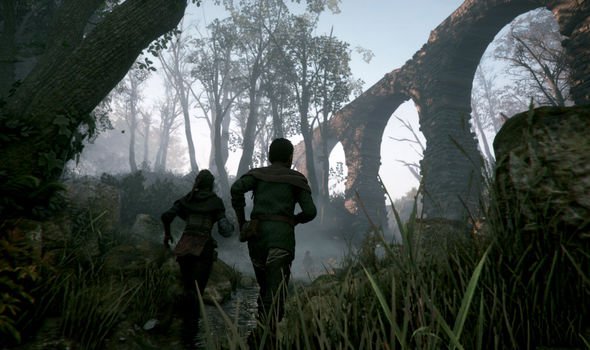 I think the bigger issue is that the game can’t quite work out what it wants to be.

It masquerades as educational, offering fascinating titbits of information about medieval France and the country’s battle against the Black Death, but then delivers a far-fetched narrative about supernatural powers and church conspiracies.

It is at times so gratuitously gruesome that it seems tongue-in-cheek, while at others it is earnestly bleak and serious. Playing it became a very muddled emotional experience, and I found myself really invested in this world and its characters at some points, and scoffing and shaking my head at others.

But despite these problems, I would definitely recommend A Plague Tale: Innocence. The game is a highly polished experience with an original and stunningly-realised setting, satisfying (if limited) gameplay mechanics, a great soundtrack, and a bonkers story that will drag you through some truly stomach-churning situations.

Just make sure, before you settle down to play it, that your home is sealed up good and tight.

This game was reviewed by Jon Richter, writer of dark fiction and connoisseur of weird stuff. Follow him on Twitter @RichterWrites or visit his website at www.jon-richter.com.