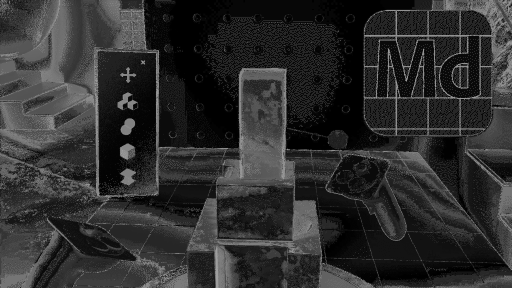 Back in 2019, Adobe acquired the Oculus Medium PC VR sculpting tool and made it free. Adobe just launched a new ‘Substance 3D’ suite of creation tools, and Medium is evolving to become Substance 3D Modeler.

Oculus Medium started development in 2014 as an internal showcase of the potential of positionally tracked controllers.

Oculus Touch controllers were shown at dozens of trade shows & conferences in 2015 and 2016, with Medium being the demo of choice for creatives. We first tried it at Oculus Connect 2, declaring the experience “the future of creativity”.

When the Touch controllers finally shipped in December 2016, Medium was one of the pack-in titles. HTC Vive owners could purchase it for $30 and run it using the tool ReVive.

Medium was always pitched as a serious creation tool for professionals, with the team making it clear they wouldn’t downgrade the software to make it run on the mobile Oculus Quest. Instead, it was bundled for free with the PC-based Rift S.

As Facebook’s focus shifted from PC to standalone, Medium’s future became less clear. In December 2019, Adobe announced the acquisition of Medium – and much of the team behind it – from Facebook.

Nine months later, Adobe renamed the software ‘Adobe Medium’ and made it available for free to all. It will remain on the Oculus Rift Store for free.

“Modeler uses a VR interface to recreate the natural, organic feeling of sculpting clay with your hands and it lets you interact with your model on the desktop so you can leverage the precision of mouse and tablet controls.”

Adobe says Allegorithmic’s tools were used in “the vast majority of AAA game titles, including Half Life Alyx and Microsoft Flight Simulator“.

Substance 3D Painter is used to apply textures and materials to 3D models.

There’s no price announced yet for Substance 3D Modeler, given that the software is still in a beta testing release, but the rest of the Substance 3D Collection is priced starting at $39.99 per month at the time of this writing.