He may be a somewhat timid Goron, especially compared to the likes of Daruk, but Yunobo does let that stop him from joining the fight against Calamity Ganon alongside the original Champions and his fellow successors. With Rock Roast in hand and the power of Daruk’s protection behind him, Yunobo can fight with the best of them, even if he is a little inconsistent.

Feeling a relatable inadequacy compared to his predecessor, Yunobo rolled into Hyrule Warriors: Age of Calamity to protect Daruk from a fatal blow. He returned to his timeline a changed Goron, no longer weighed down by the expectations he thrust on himself to live up to Daruk’s legacy. 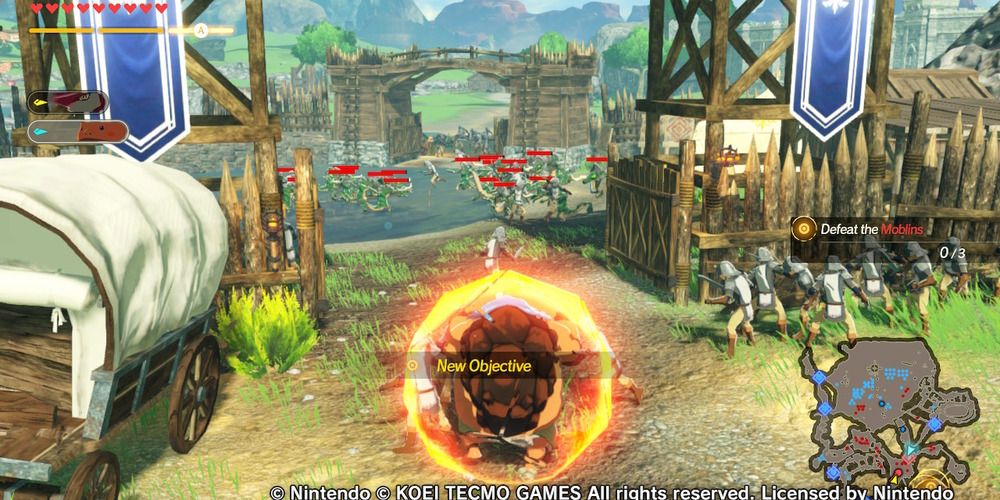 Yunobo, like Daruk, is a fairly straightforward melee character who fights with his fists rather than a weapon. This is about all the pair have in common, however, as even their protective powers function differently, with Yunobo’s acting as a buff to several of his combo attacks through his unique action rather than a means of keeping him safe.

Yunobo also has a fairly short range compared to most other characters, though he offsets this by having multiple ranged attacks in his arsenal to ensure he can always hit his target. 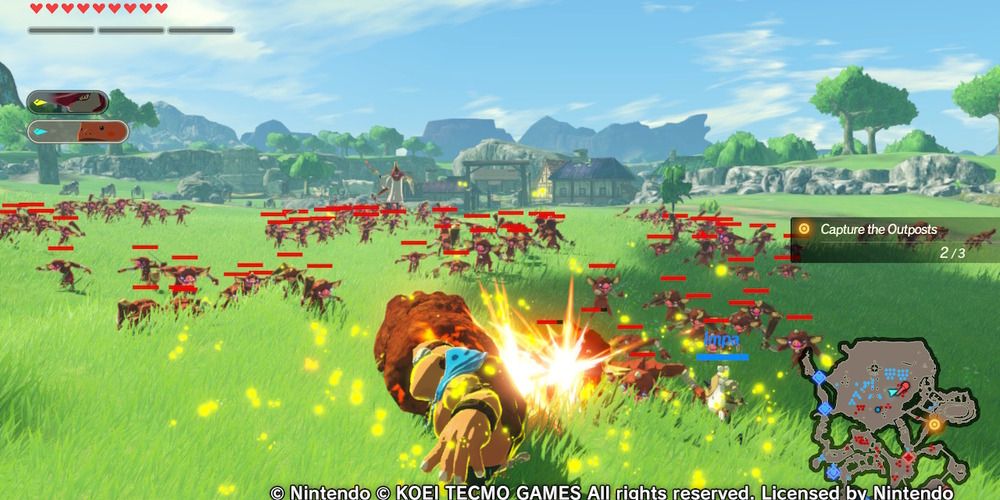 Unlike Daruk, Yunobo won’t perform a slam attack when the strong attack is used in motion, though he still rolls around like a Goron. While stationary, walking, or sprinting, Yunobo punches the air and throws a fist-shaped stone ahead of him, traveling for quite a long distance before dissipating.

While this attack isn’t very wide, it does add some much-needed range to Yunobo’s standard attacks that he otherwise lacks without going into some of his later combos. 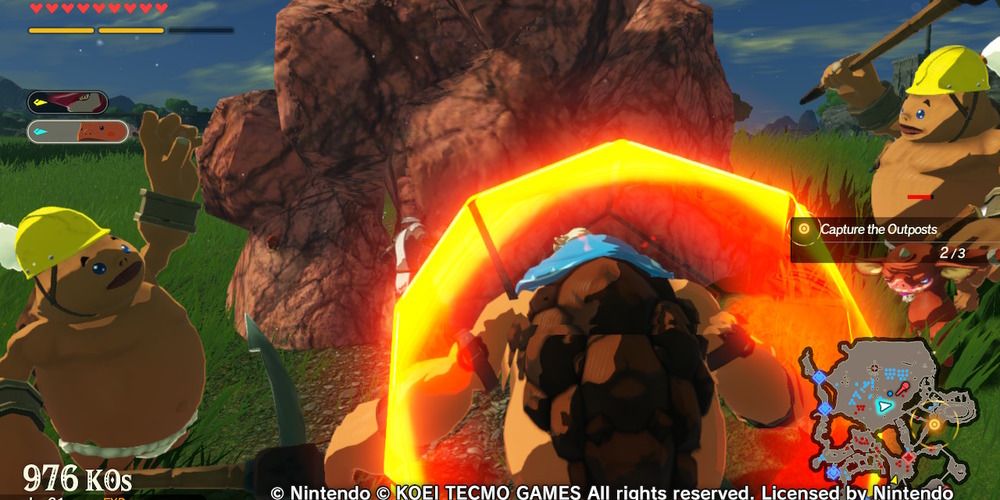 Unlike Daruk’s special attack, Yunobo’s is entirely focused on what is in front of him and is only really useful against single targets as there is very little width in this move. After activating his special attack he will summon a rock from the ground, which is then hacked at by two Goron miners before he punches and destroys the rock.

The summoning of the rock itself does a little damage, but the final hit from Yunobo deals the bulk of it. It only affects whatever is immediately surrounding this rock, so you may have to get into point-blank range to deal the most damage. 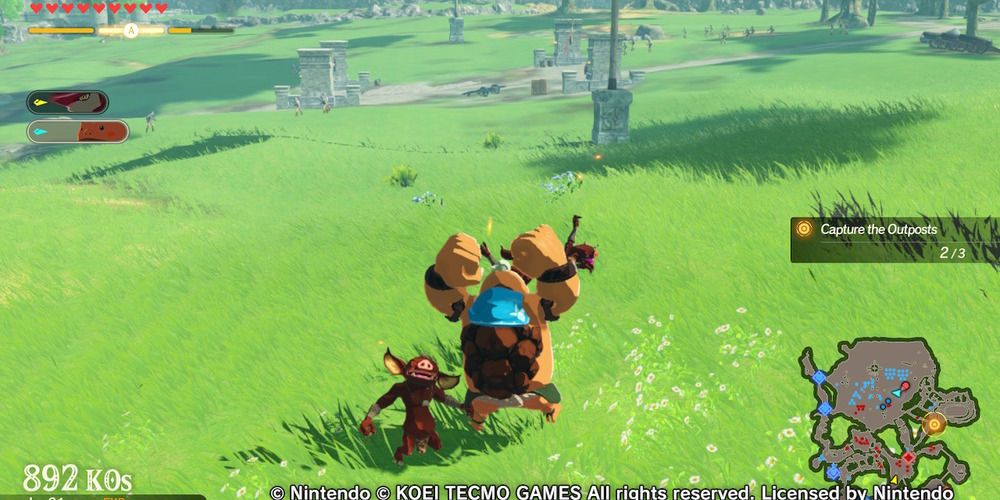 Yunobo’s basic combo string is fairly simple, with enough variety between single-target attacks and wide swinging moves that it is effective against most varieties of encounters you are likely to face.

However, Yunobo’s range is fairly short and the attacks aren’t all that fast. This means you are constantly putting yourself in a definite range of being hit back with most basic combos, though this is a problem that is offset by his strong attacks combos. 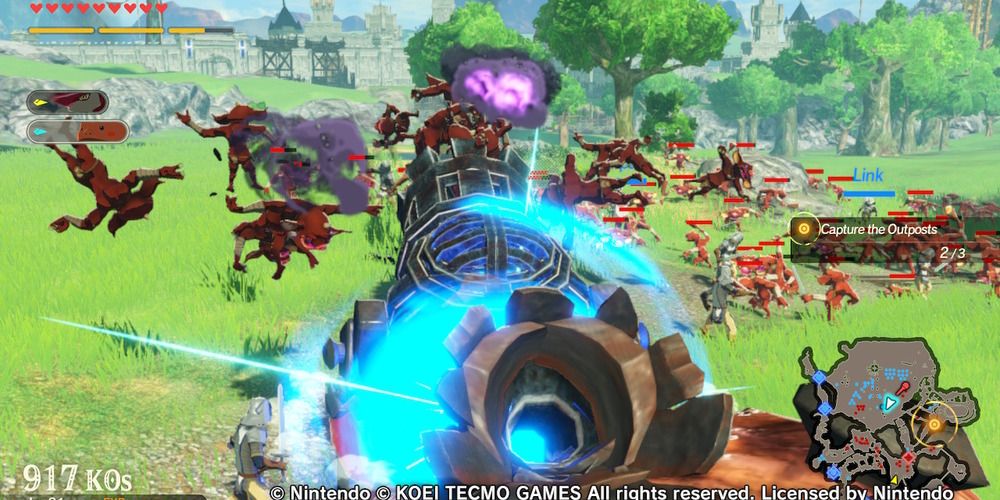 While Yunobo’s basic combo lacks any range to make it truly effective, his strong attack combos fix this entirely by having multiple ways in which to damage enemies from a distance. In particular, his first and fifth combos throw either a large boulder or Yunobo himself quite a long distance, enough to make up for how close he has to be with every other attack.

Yunobo’s fifth combo, in particular, launches him from a Goron canon just as you had to do in Breath of the Wild, consistently damaging enemies while he is in the air. This combo is particularly good against Hinoxes and Taluses, though less effective against Lynels. His fourth combo also launches Yunobo into the air, allowing him to perform a slamming attack on the way down or simply glide over enemies to perform aerial combos. 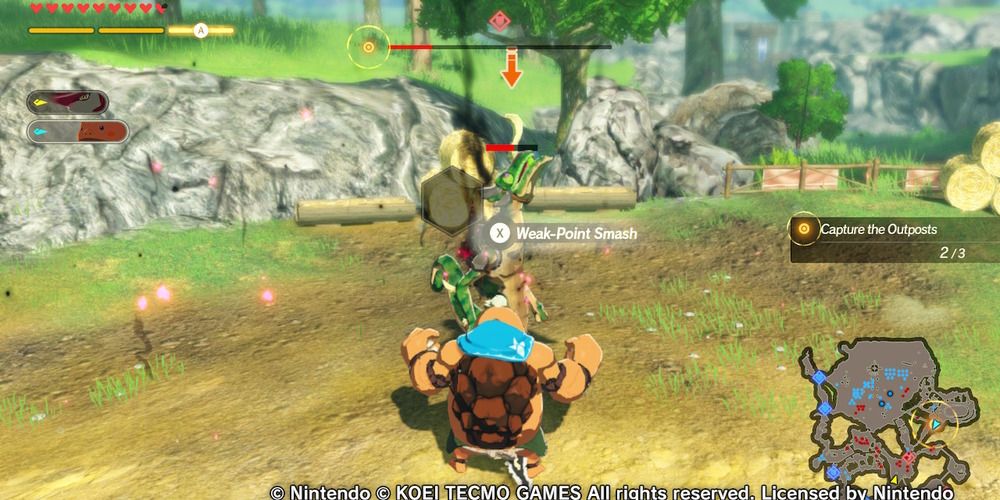 Yunobo’s combos aren’t the best at draining weak points on their own, but the strong attack combos which benefit from his unique action are most likely your best bet.

In particular, if you can time his fifth combo well enough, you can melt through the entire weak point gauge fairly quickly, though this combo has the downside of taking quite a while to execute. His boosted third combo, however, is a decent second choice. 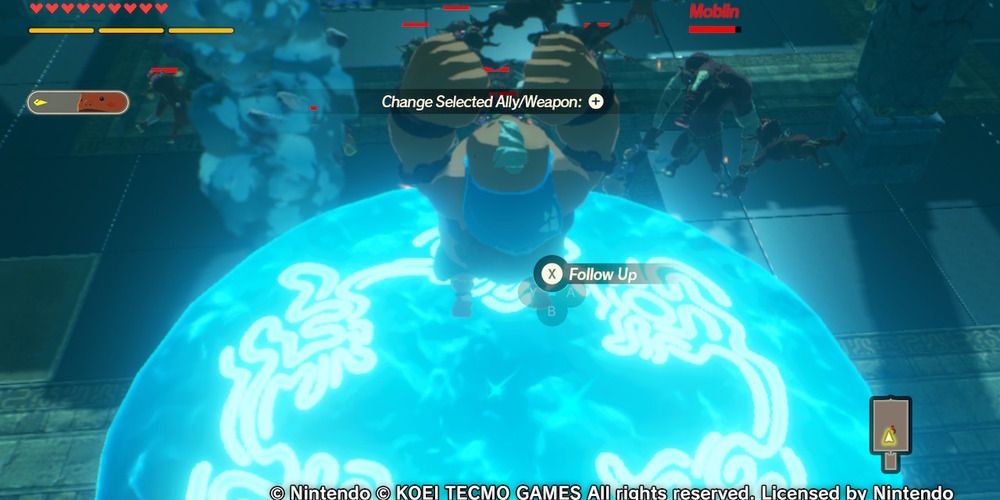 Yunobo’s combat abilities are OK at best, though nothing accentuates this more than with his Sheikah Runes. While they are fairly unique, they aren’t good enough to be used outside of prompts. The only exception is his Stasis, which is the only rune power that is better than Daruk’s due to Yunobo being able to dodge out of the animation.

The Bomb rune creates a track of bombs on the ground that Yunobo rolls through, but he can be stopped in his tracks by any large enemy, even Moblins. His Cryonis launches Yunobo and allows him to perform a slam attack like Daruk’s, while his Magnesis performs a basic spin attack that is pretty mediocre. 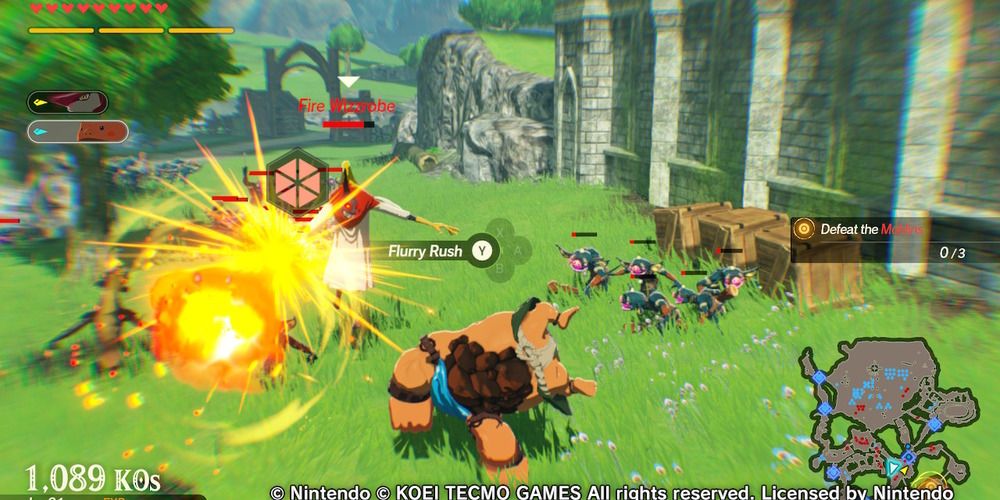 Unlike Daruk, Yunobo’s protective power doesn’t prevent him from taking any damage, so blocking is a less effective means of avoiding damage. He is also less agile on the battlefield as he doesn’t have the same roll attack that Daruk has.

With this in mind, the only real means of avoiding damage with Yunobo is to dodge, which isn’t helped by the fact that he doesn’t move all that far while dodging. 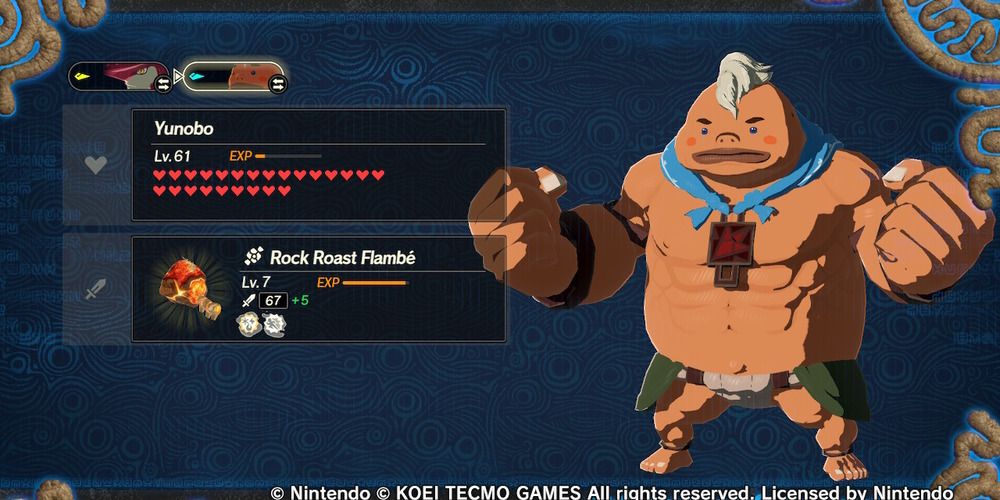 Due to Yunobo’s lack of range and slower attack speed, the best modifiers for his Rock Roasts are the Attack Speed and Attack Range seals, though he also benefits from Midair Enemy Damage seals, as several of his combos will launch enemies into the air.

On top of this, the Midair Damage seal works very well alongside Yunobo’s fifth combo, since all of the damage comes while he is in the air. It is one of his best damage dealers. 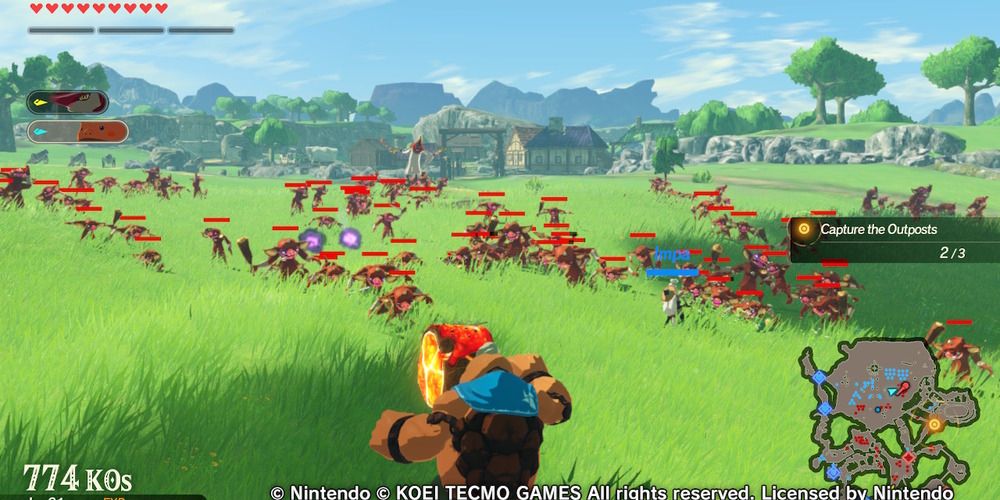 Despite the power that is assigned being random, you can simply press ZR again to cycle through to the one you want. This does mean that Yunobo tends to lose momentum in the middle of battle if you need to keep cycling.

Next: Age Of Calamity: Pro Tips For Playing As Zelda 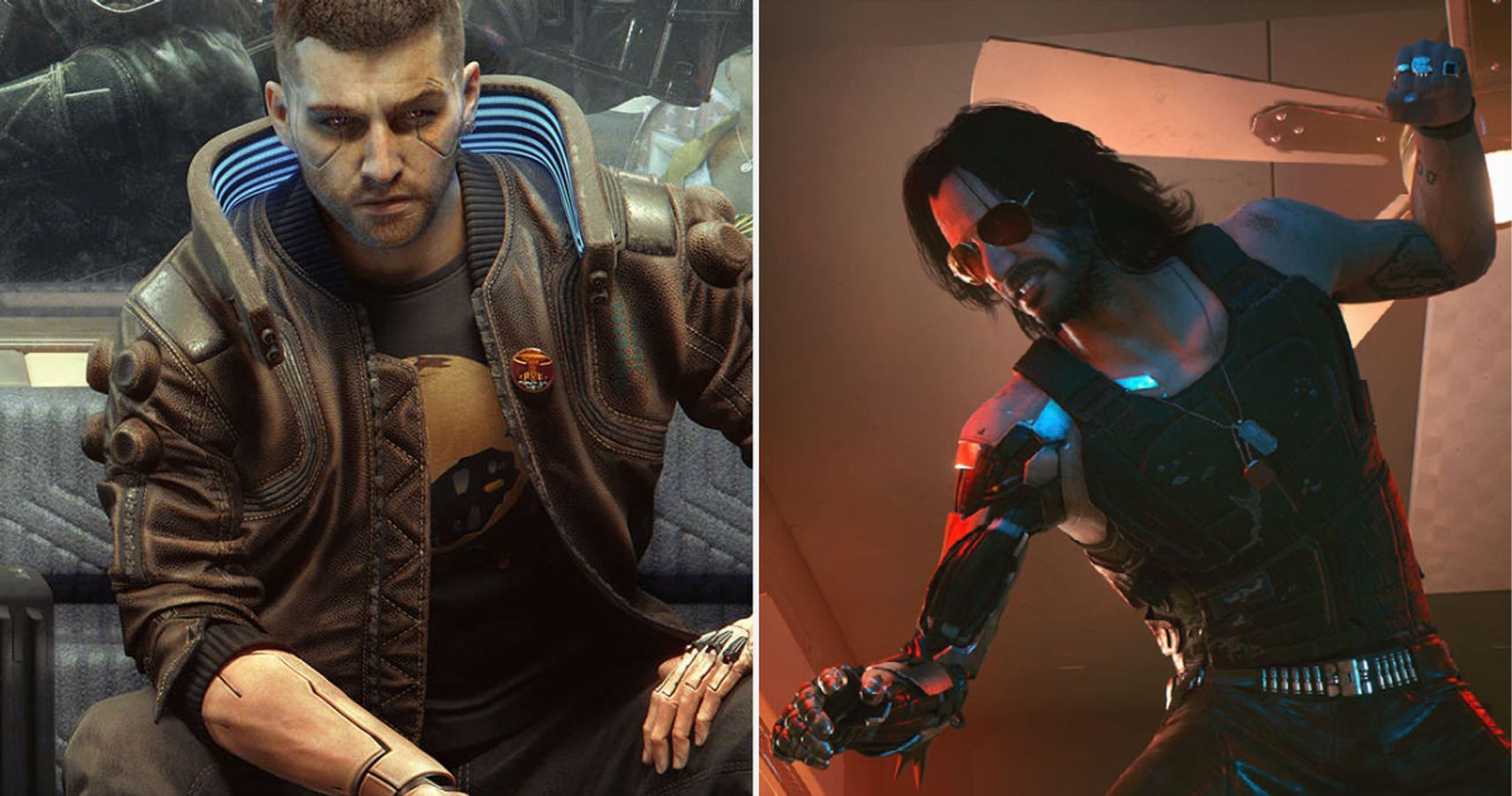