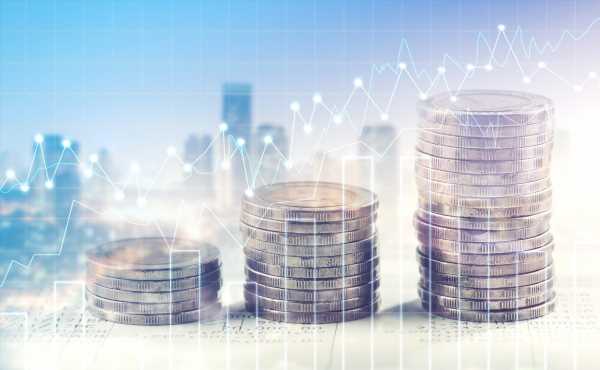 The pandemic spurred investments in AI across nearly every industry. That’s according to CB Insights’ AI in the Numbers Q2 2021 report, which found that AI startups attracted record funding — more than $20 billion — despite a drop in deal volume.

While the adoption rate varies between businesses, a majority of them — 95% in a recent S&P Global report — consider AI to be important in their digital transformation efforts. Organizations were expected to invest more than $50 billion in AI systems globally in 2020, according to IDC, up from $37.5 billion in 2019. And by 2024, investment is expected to reach $110 billion.

The U.S. led as an AI hub in Q2, according to CB Insights, attracting 41% of AI startup venture equity deals. U.S.-based companies accounted for 41% of deals in the previous quarter, up 39% year-over-year. Meanwhile, China remained second to the U.S., with an uptick of 17% quarter-over-quarter.

AI startup funding in Q2 was driven mostly by “mega-rounds,” or deals worth $100 million or more. A total of 24 companies reached $1 billion “unicorn” valuations for the first time, and AI exits increased 125% from the previous quarter, while AI initial public offerings (IPO) reached an all-time quarterly high of 11.

Cybersecurity and processor companies led the wave of newly minted unicorns, with finance and insurance and retail and consumer packaged goods following close behind. On the other hand, health care AI continued to have the largest deal share, accounting for 17% of all AI deals in Q2.

Overall mid-stage deal share — i.e., series B and series C — reached an all-time high of 26% during Q2, while late-stage deal share — series D and beyond — remained tied with its Q1 2021 record of 9%. But the news wasn’t all positive. CB Insights found that seed, angel, and series A deals took a downward trend, making up only 55% of Q2 deals, with corporate venture backing leveling out. Just 39% of all deals for AI startups included participation from a corporate or corporate venture capital investor, up slightly from 31% in Q1 2021. 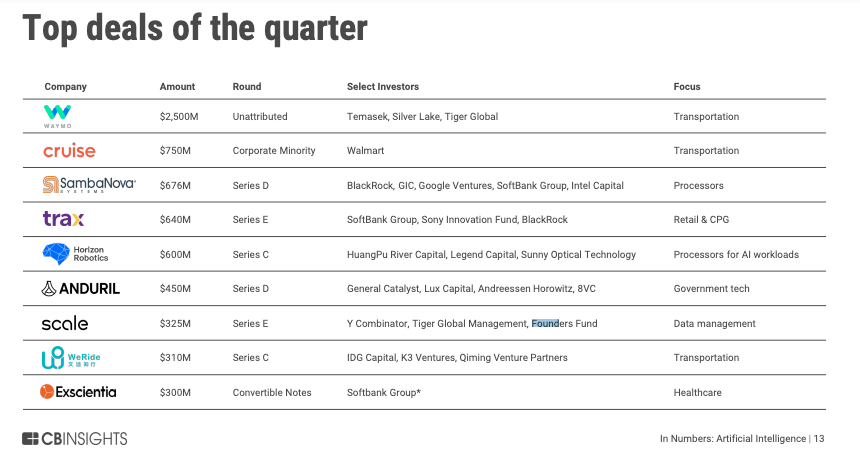 But CB Insights says that the rise in AI startup exits in Q2 reflects the strength of the sector. “The decline of early-stage deals and increase of mid- and late-stage deals hint at a maturing market — however, early-stage rounds still represent the majority of AI deals,” analysts at the firm wrote. “Plateauing [corporate] participation in AI deals may reflect a stronger focus on internal R&D or corporations choosing to develop relationships with AI portfolio companies instead of sourcing new deals.”

Experts predict that the AI and machine learning technologies market will reach $191 billion by the year 2025, a jump from the approximately $40 billion it’s valued at currently. In a recent survey, Appen found that companies increased investments by 4.6% on average in 2020, with a plan to invest 8.3% per year over the next three years.