After finishing the third chapter of AI: The Somnium Files – Nirvana Initiative and choosing the option to prepare money in Komeji’s somnium, you’ll move on to a version of chapter four which features an investigation focused around the energetic and trivia-obsessed Amame.

Not unlike Amame herself, this somnium delights in asking you trivia questions: in fact, it’s entirely trivia based. For this reason, it doesn’t operate much like other somniums and requires minimal movement, making it difficult to fail via timing out. It’s also associated with the optional ‘Quiz King’ achievement, which you’ll get for getting every quiz answer correct during this sequence. Follow our guide below to ace the trivia!

During Chapter Three, if you instead chose to protect Shoma in that somnium, you’ll progress to a different version of the chapter that features Shoma's somnium. 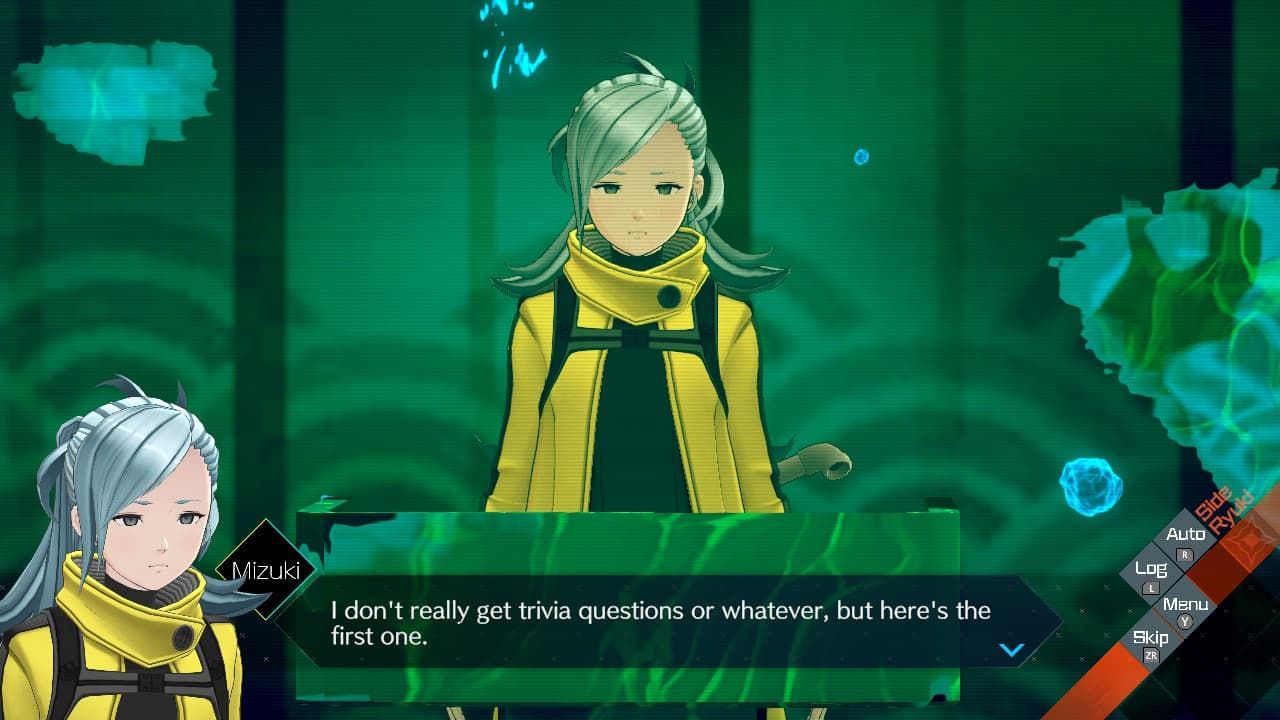 The first of the somnium’s quiz stages will be presented by Mizuki, who will ask you to participate in a sort of scavenger hunt. You have to interact with the item that you think fits the correct answer to the question. 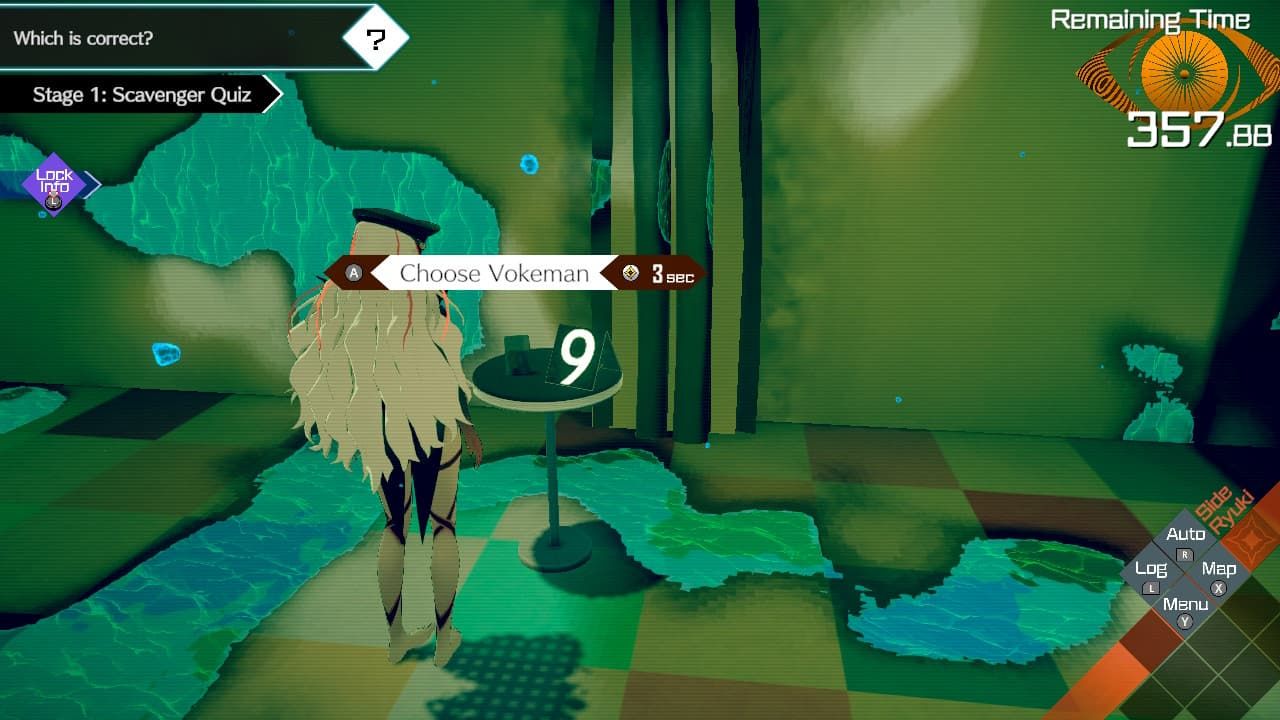 For the first question, you’ll be asked which object is correct whilst Beethoven’s 9th symphony plays. This music may seem irrelevant, but this is actually what you need to focus on to solve this particular puzzle.

Move to the ‘Vokeman’ portable music player on the right side of the studio which has the number 9 label next to it and select it to progress. 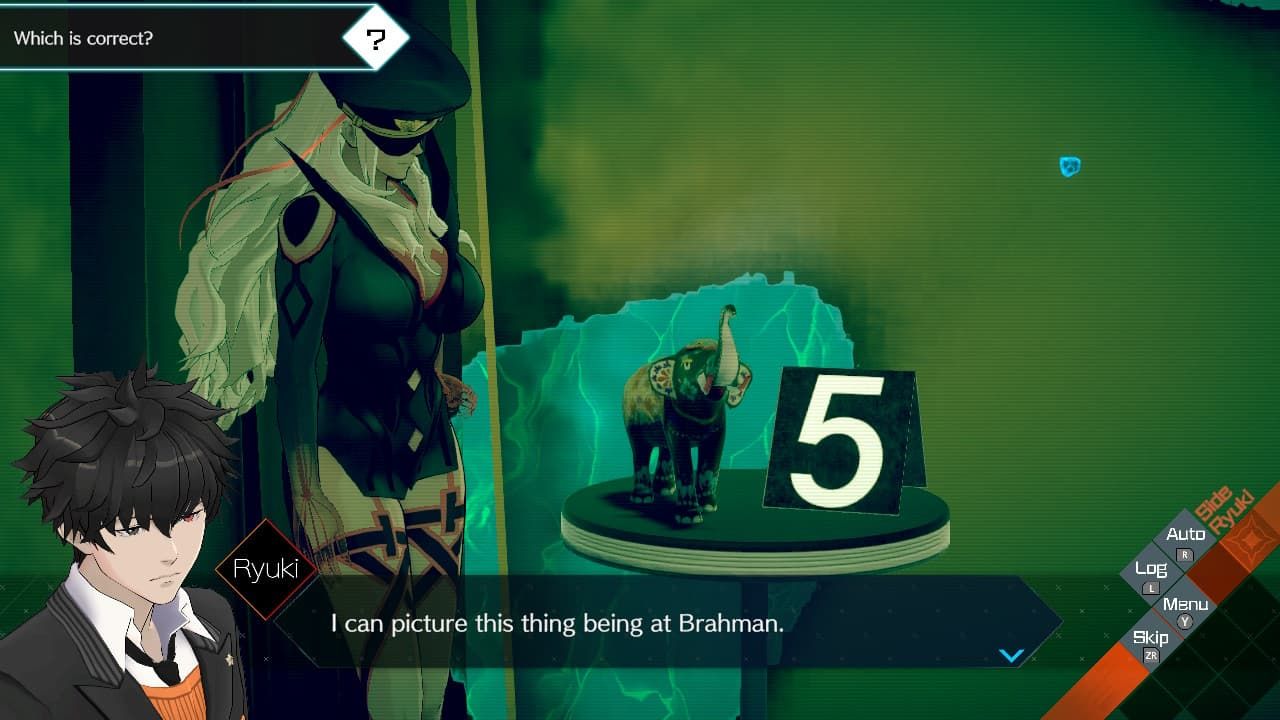 For the second question, the song will change to Beethoven’s 5th. So much like the previous question, you’ll need to find the item with the big "5" label next to it, which happens to be the elephant trinket. 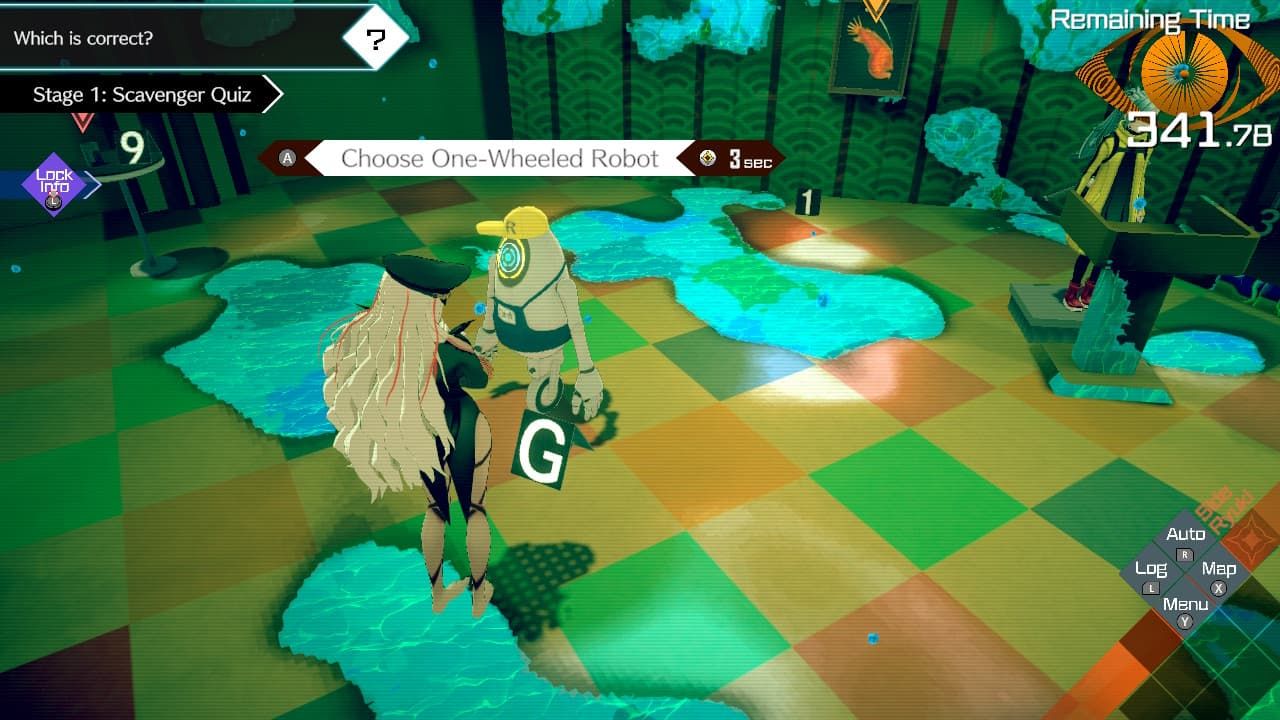 For the third and final question of stage one, you’ll need to know the full title of the song playing – “Air On A G String” by Bach.

For this reason, you’ll need to select the item labelled with the letter G. This is the one-wheeled robot that Shoma created.

Interact with it to answer this question and progress past the first stage, unlocking the first mental lock of the somnium. 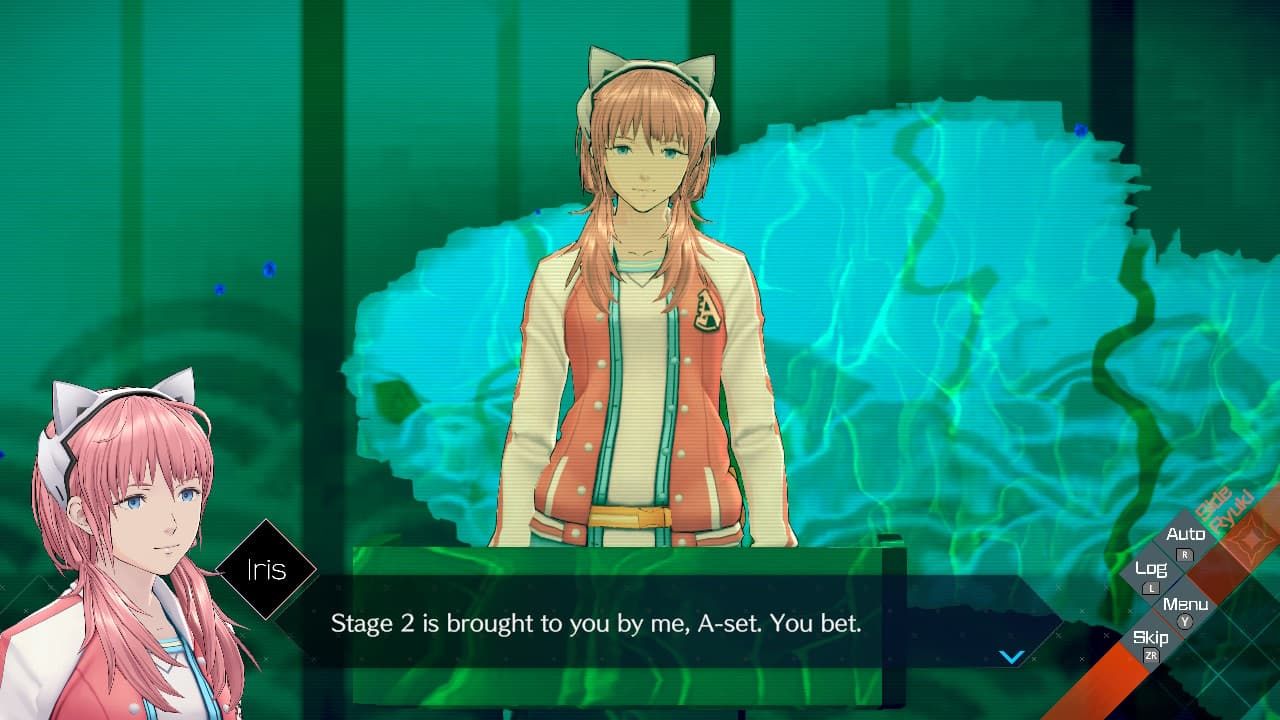 The quiz will now progress to a different stage – the ‘occult quiz’ hosted by Iris. All of these questions will give you two options and require you to name your answer by typing it in on a keyboard that only has certain letters. 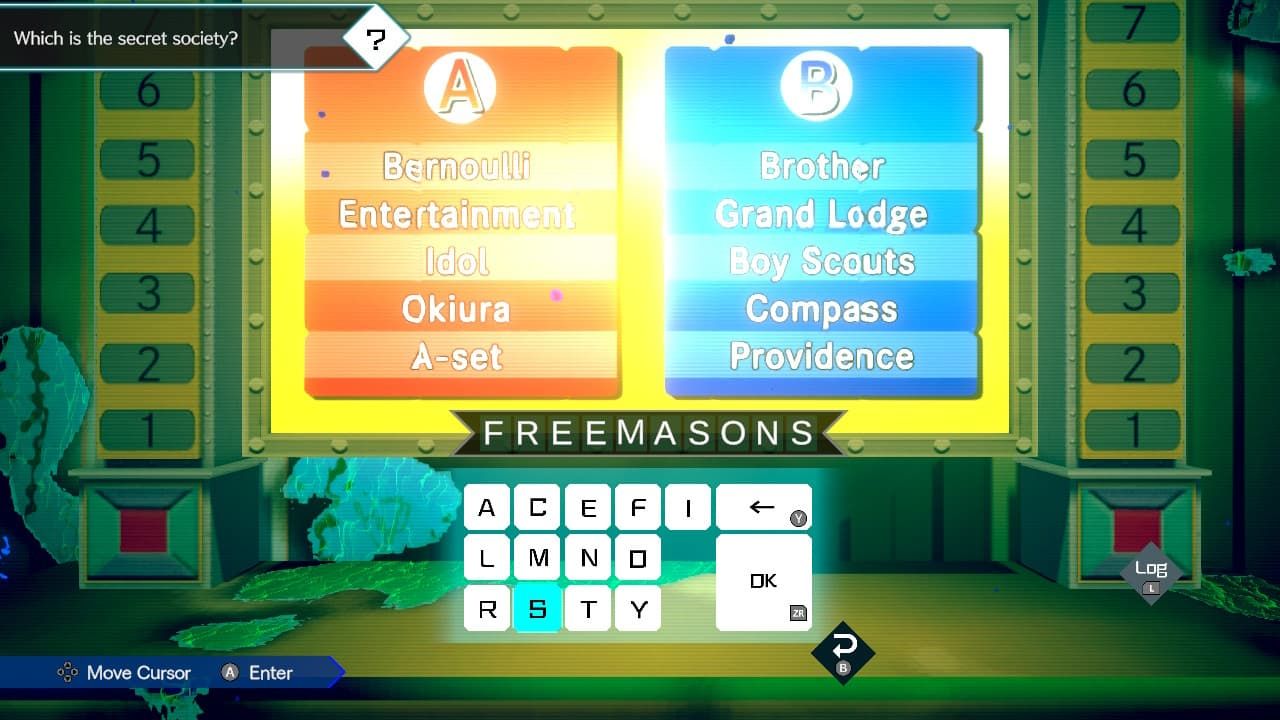 The first question will ask you to select the option that represents a popular cult between options A and B. It will also ask you to name the cult.

You can spend some time thinking before you answer. The correct answer is B, and the keyboard will allow you to spell out the name of FREEMASONS. 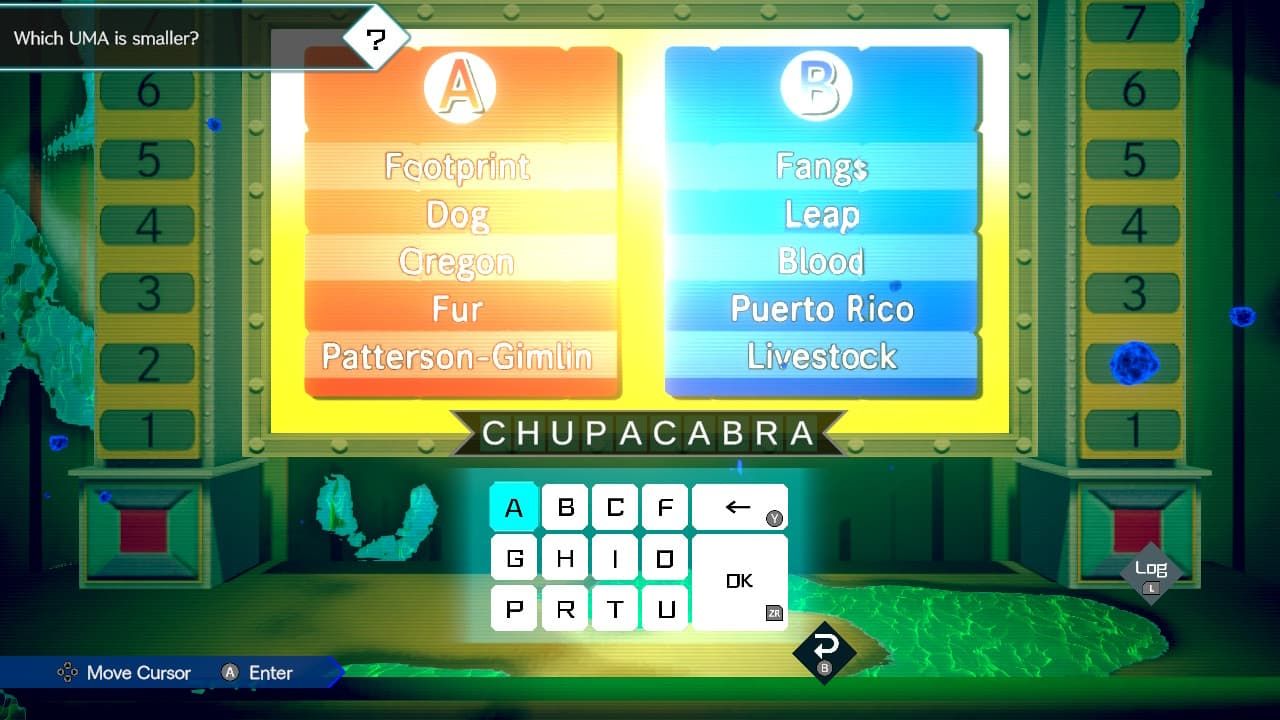 The second question will ask you about UMAs – Unidentified Mysterious Animals and which one is smaller.

Earlier in this chapter, Tama’s trivia during the investigation section may have enlightened you about one very specific UMA that also happens to be the answer to this question: the CHUPACABRA, who is described by descriptors listed in option B and decidedly smaller than the other UMA described. 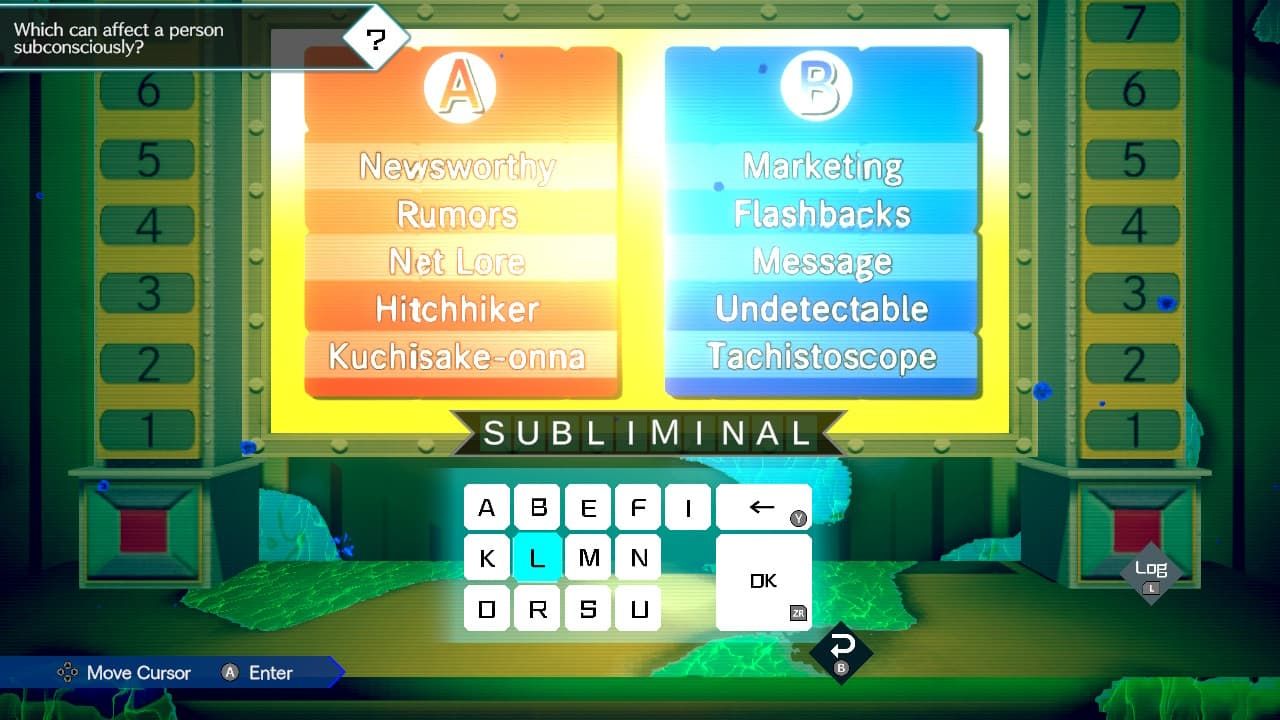 The third question of this stage will ask about things that can affect a person subconsciously. The answer to this question is SUBLIMINAL, which describes all the ideas listed in option B.

After answering the final question, the quiz will once again progress to another stage, unlocking the second mental lock. 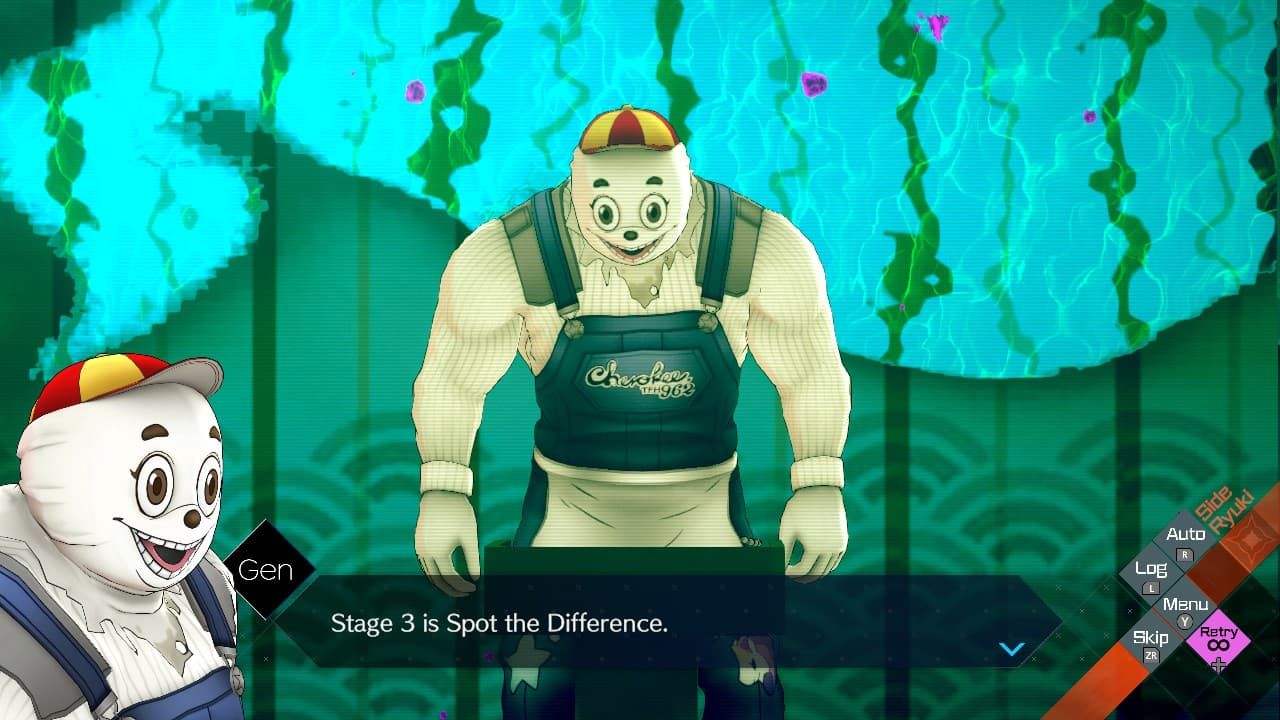 The third stage of the quiz is a Spot The Difference quiz hosted by Gen. This particular round will require you to walk around scenes and literally point out the differences between two images: images on the monitors surrounding the room you’re in, and the room itself.

This may seem tricky, but practically speaking, all you need to do is pay attention to the monitors at each angle and move around the room to select the difference by interacting with an object in the room. 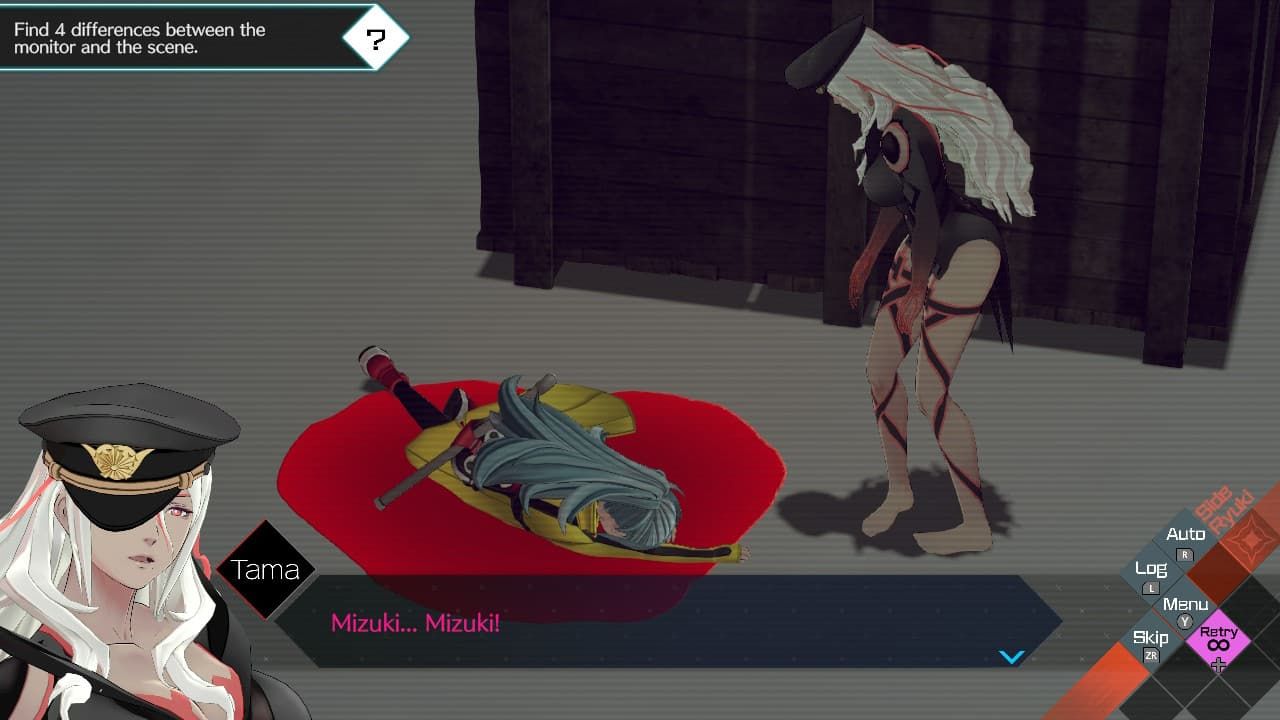 Move to the red monitor, which shows Mizuki jumping through the air in an action pose. In the room, however, they look pretty dead. Interact with Mizuki’s body on the floor and you’ll score a point.

Now move to the green monitor, which shows Kizuna standing triumphantly. In the room, however, they’re also dead on the ground. Select their body to score another point. 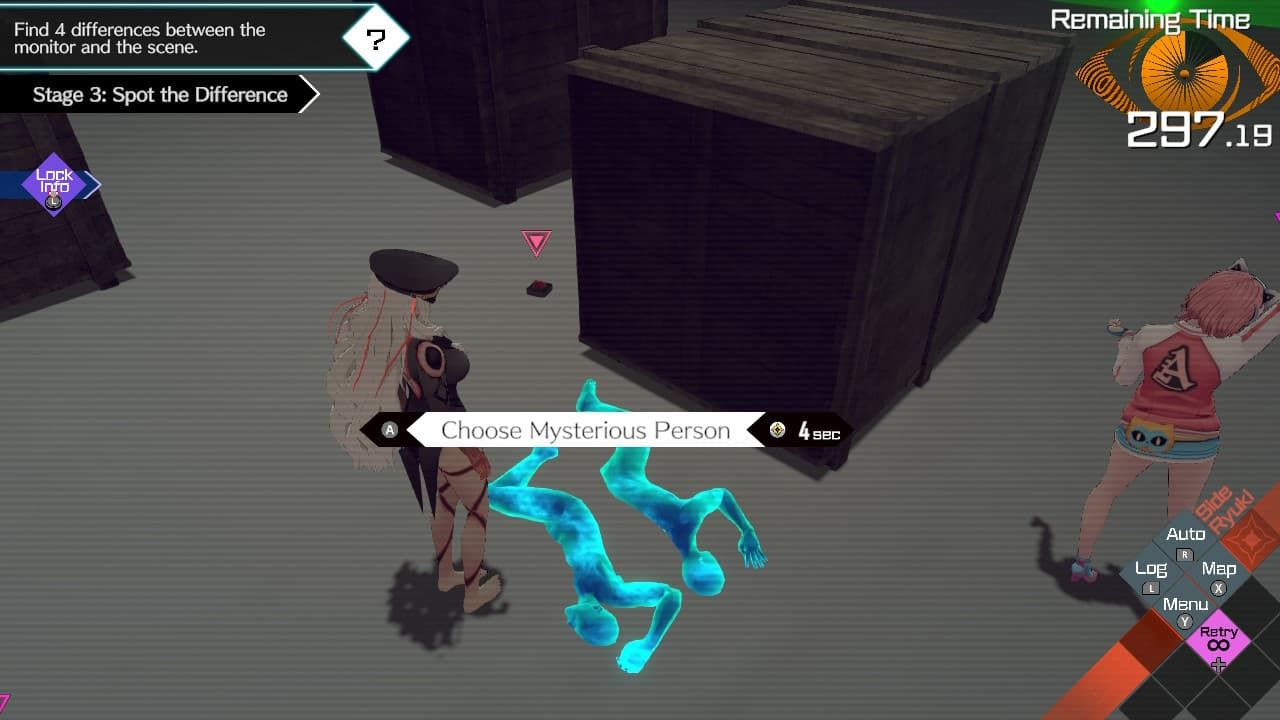 Next, move over to the blue monitor. You’ll notice a blue statue standing in place, but in the room, it’s just a pile of magazines. Select the magazines and you’ll get a point.

Finally, there’s one more difference reflected in the red monitor. In the monitor, you’ll be able to see a wrench on the ground, but in reality, there’s a blue body split in two, reminiscent of the half-body killings.

Select it to get the final difference and progress onwards to the next stage, unlocking this mental lock. 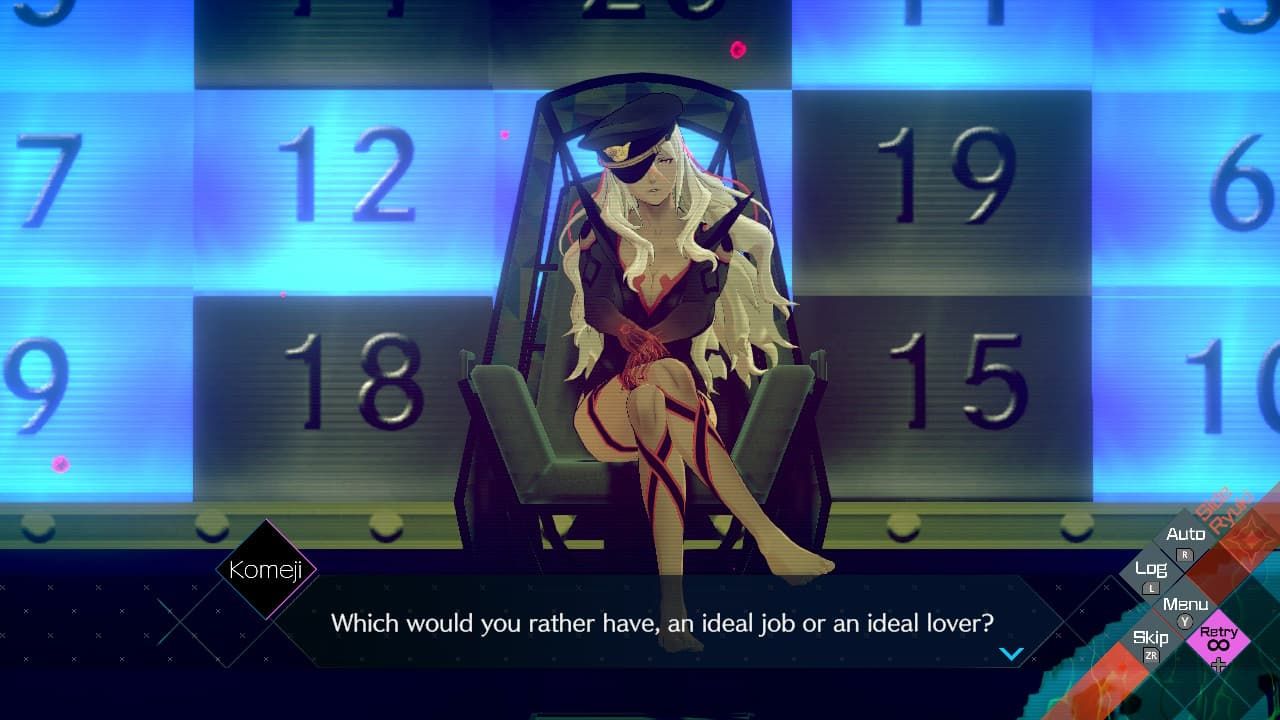 For the fourth stage of the quiz, you’ll be presented with something called Ultimate 50/50. These questions – unlike the others you’ve had so far – do not have correct answers. They’re opinion based, so you can choose anything using the directional buttons.

After answering all the questions, the fourth mental lock will unlock, and you’ll progress to the final round of the quiz. 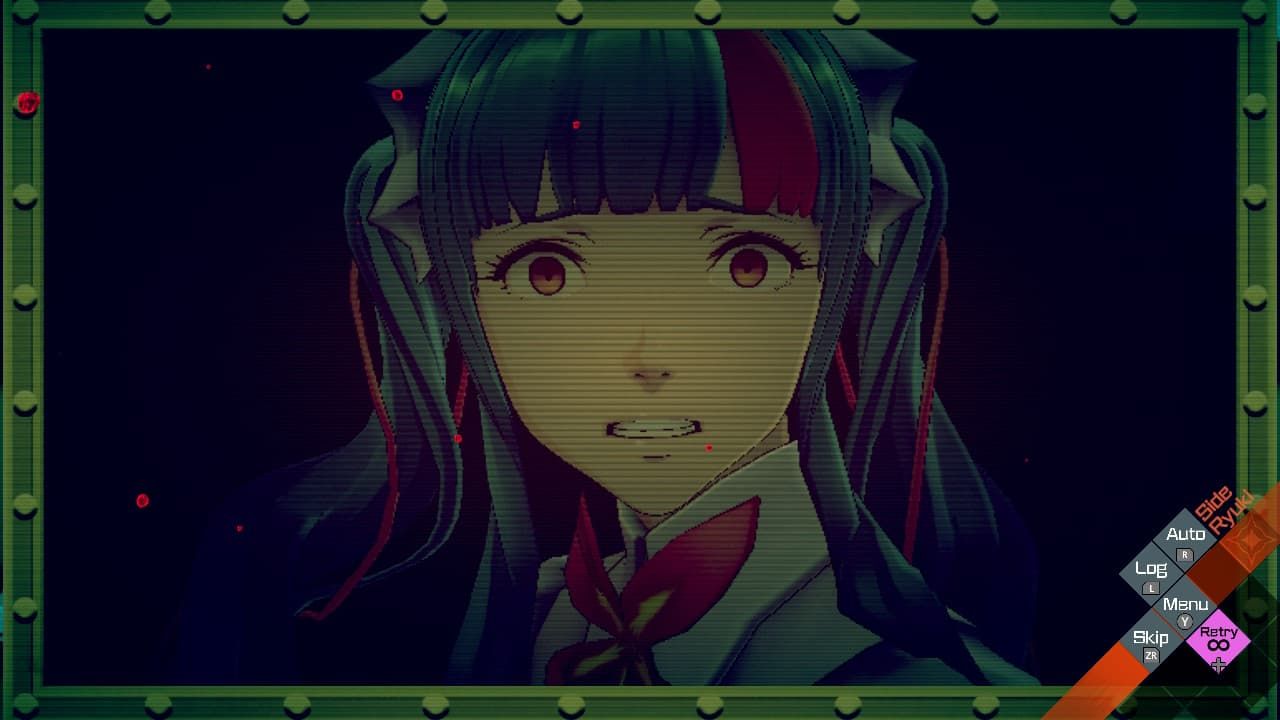 The final stage of the quiz, as the corpse of Komeji insists, is all about finding the truth. However, just like the previous round, it seems like it doesn’t matter too much which answers you give.

An image will appear on the screen, showing an image from the scene of the crime. The ominous voice will ask you what it is, and you’re given some options to respond and identify the image.

It seems, however, that all of the responses seem to fit, so you can select whichever option you'd like.

After answering all of these questions in the final round, you’ll have completed the somnium and learned more about the identity of the killer at the heart of the case.