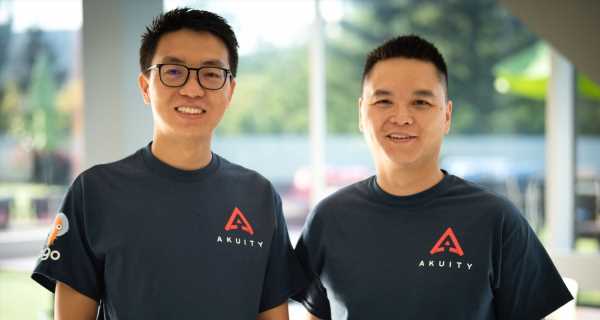 Kubernetes has emerged as one of the world’s most popular and powerful open source projects, helping companies enhance their software development velocity and agility by automating many of the resource-intensive processes involved in managing containerized applications. Containers are software packages that “contain” all the necessary components for an application to run across environments, from public and hybrid clouds to private datacenters.

Originally designed by Google before falling under the auspices of the Cloud Native Computing Foundation (CNCF), Kubernetes is the orchestration platform that enables companies such as Box, IBM, Google, and Spotify to easily build, test, deploy, and scale their containerized applications.

As with just about any successful open source project, Kubernetes has created an ecosystem of complementary products and commercial companies, such as Kubernetes operations management platform Rafay which recently secured $25 million in funding. And then there is Loft Labs which last month raised $4.6 million in seed funding to bring self-service Kubernetes access to all developers, while Nirmata attracted $3.6 million to “conquer Kubernetes complexity” with an open source policy engine called Kyverno. There is even a startup accelerator and incubator that wants to “serve as a Kubernetes product pipeline” by nurturing and funding open source software development.

And it’s against that backdrop that Akuity launches today from the co-creators of Argo, an increasingly popular open source project for orchestrating Kubernetes-native application delivery used at major companies including Google, Tesla, GitHub, and Intuit.

Argo was developed and open-sourced back in 2017 by software engineers Hong Wang and Jesse Suen while at Applatix, a Kubernetes company that was acquired by Intuit the following year. The duo elected to leave Intuit earlier this year to focus all their efforts on developing and commercializing Argo under a new standalone company.

“Intuit will never be an Argo vendor since it is not part of Intuit’s business model,” Wang told VentureBeat. “Akuity aims to fill that void and become the Argo vendor, given our experience and deep expertise of the project.”

Alongside the company’s official debut today, Akuity also announced that it has raised $4.5 million in seed funding led by Decibel Partners, an early-stage venture capital firm backed by Cisco, with contributions from a slew of angel backers including Elastic cofounder and CEO Shay Banon.

Argo, essentially, is a collection of projects for managing clusters, running workflows, and “getting more done” with Kubernetes. It also provides all the supporting features that a developer might need, including a real time user interface (UI), command line interface (CLI), and APIs.

Elsewhere, Argo Rollouts is a Kubernetes controller that includes canary and blue-green deployment, which automates the release process for Kubernetes applications by gradually releasing new software versions incrementally. And then there is Argo Workflows and Events, which Wang said are designed for batch-scheduling and are most often compared to something like Apache Airflow.

But being Kubernetes-native is, arguably Argo’s core selling point, as it helps companies bypass clunky legacy or home-grown solutions and transition to Kubernetes with purpose-built tooling.

“The fact that it is Kubernetes-native is key, because using existing tooling is like trying to fit a square peg in a round hole, since they are always mapping to legacy concepts,” Wang said. “Argo does not abstract or hide anything away from developers, allowing them to leverage all the benefits of Kubernetes.”

In terms of what the commercial Argo landscape looks like at Akuity, well, there will be two key offerings. Akuity Enterprise, which is available today, features every element of the Argo project with enterprise-grade support thrown into the mix alongside a suite of tools that “make Argo even more useful and ready for the enterprise,” according to Wang. These include disaster recovery (backup / restore), high-availability, notifications, among other automation tools to manage multiple Argo CD applications.

In the future, Akuity will also launch a fully-managed and hosted version of Argo CD, which is currently still in development.

It’s worth noting that as an open source project, other commercial and open source projects are already leveraging Argo, such as open source machine learning platform Kubeflow which has components built on top of Argo Workflows, while RedHat launched the Argo CD-powered OpenShift GitOps back in February. This helps to highlight the growing pervasiveness of Argo across the software development spectrum, but Wang doesn’t consider this becoming a problem from a competitive perspective. “We don’t think companies will have a singular focus on Argo like Akuity does,” he said.

Moreover, Kubernetes’ is growing beyond its original purpose to run containerized applications, such as controlling, deploying, and managing cloud infrastructure, while it’s also being used as a “large-scale compute grid” to power myriad machine learning, AI, and data processing use cases. This puts commercial Kubernetes-focused companies such as Akuity in a strong position to grow.

“All of these things require Kubernetes-native delivery tooling to help deploy, monitor, and manage these resources, and we feel Argo is uniquely positioned to facilitate this,” Wang explained.