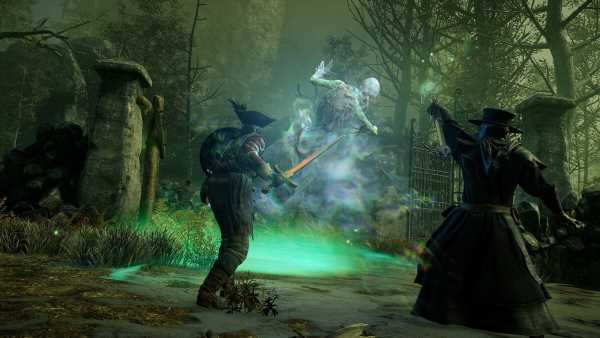 “New World makes standard DirectX calls as provided by the Windows API. We have seen no indication of widespread issues with 3090s, either in the beta or during our many months of alpha testing,” the company’s spokeswoman said. “The New World Closed Beta is safe to play. In order to further reassure players, we will implement a patch today that caps frames per second on our menu screen. We’re grateful for the support New World is receiving from players around the world, and will keep listening to their feedback throughout Beta and beyond.”

Windows Central first flagged forum reports from gamers who said their cards died after just a few minutes of playing New World. The reports mostly seemed to impact those who own EVGA’s GeForce RTX 3090 FTW3 cards, but we’ve read anecdotal reports of the game bricking a Gigabyte-produced RTX 3090 card as well.

And, no, these don’t appear to be just anecdotal coincidences, as EVGA confirmed it to PCWorld, saying Nvidia is also investigating the issue.

The good news is EVGA also confirmed that any RTX 3090 FTW3 cards that did fail from playing the game would be “completely under warranty.” Amazon officials for New World haven’t yet responded to PCWorld’s request for comment.

What’s causing the failures is unknown, but many gamers speculate the game is overheating the cards. Some have also offered work arounds, like enabling v-sync or using utilities to limit the cards.

Frankly, our advice is to just avoid playing the beta until the issue is resolved. Yes, your GeForce RTX 3090 would be under warranty but with the state of GPU supply still in disarray, a replacement may take longer than you like.

For what it’s worth, Amazon’s New World goes live in August and is available for pre-order for $40. We won’t include a link out of the risk for GeForce RTX 3090 owners who might click on it.