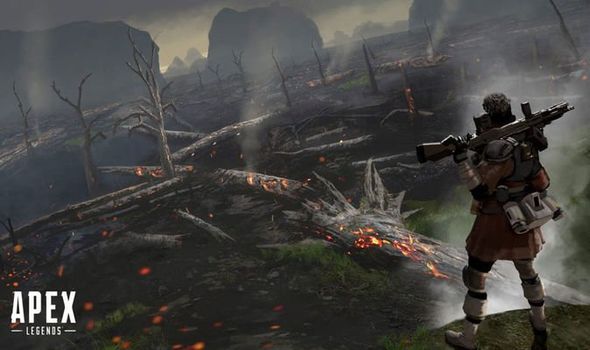 A new Apex Legends update is being released tomorrow, June 4, on PS4, Xbox One and PC.

And with it will come the game’s first official limited time event, complete with new challenges and content.

Developers Respawn Entertainment has revealed that they will be launching the Legendary Hunt this week, which is set to last throughout E3 2019.

The new event will give Apex Legends fans the chance to unlock new skins and earn bonus XP before the end of Season 2.

Respawn has not provided a time for when the new event and update will be launched, but around 10am PST, or 6pm in the UK, seems like a solid prediction.

The Apex support team could provide rough release window, before the big event is set to go live.

And while Respawn have not revealed if there will be other changes included in tomorrow’s update, we do know what the Legendary Hunt event will include.

Battle Pass owners will have the chance to unlock whole tiers during the hunt, as well as access to a new store and Double XP, starting June 7.

Apex Elite Queue – Test yourself against the best with the Apex Elite queue. Make it to the Top 5 in any match to earn your way into a select queue full of other Top 5 winners.

Here’s the catch: in order to continue playing in the queue you will have to keep placing in the Top 5.

​Battle Pass Bonus XP – Finish Top 5 in any match and earn an entire Battle Pass level (once per day).

​Two Additional Legendary Skins for all Battle Pass Owners – Players who have the Wild Frontier Battle Pass will automatically get the Legendary Honored Prey R-301 skin.

Players who reach Battle Pass level 15 before the end of the event will get the Wraith Night Terror Legendary skin.

Meanwhile, the EA Play live stream scheduled for Saturday is expected to include plenty of updates for fans waiting for Season to kick off later this month.

Respawn has also released new details about Apex Legends Season 2, ahead of the full reveal on June 8.

From what has been shared, it looks like fans can expect a lot of changes to made, based on their own feedback.

This will include being able to level up via Daily and Weekly Challenges, reducing the time it takes to reach level 100 and adding three more Legends Skins to the rewards track.

The dev team have also announced that three entirely new content categories will be replacing badge and stat tracker rewards and each player will also earn enough Crafting Metal rewards from the full reward track to craft a Legendary item.

Here’s more from Respawn, who revealed today: “Starting in Season 2, you’ll be able to complete a mix of Daily and Weekly Challenges to level up your Battle Pass. If you miss a few weeks or start late, your Weekly Challenges will still be around for you when you return, and you can complete them all at once.

“While we don’t want to introduce wacky challenges that drastically warp the way you play the game, these challenges should provide some interesting variation from game-to-game. This means all players should feel more rapid Battle Pass progression and the journey will hopefully be more fun and interesting.