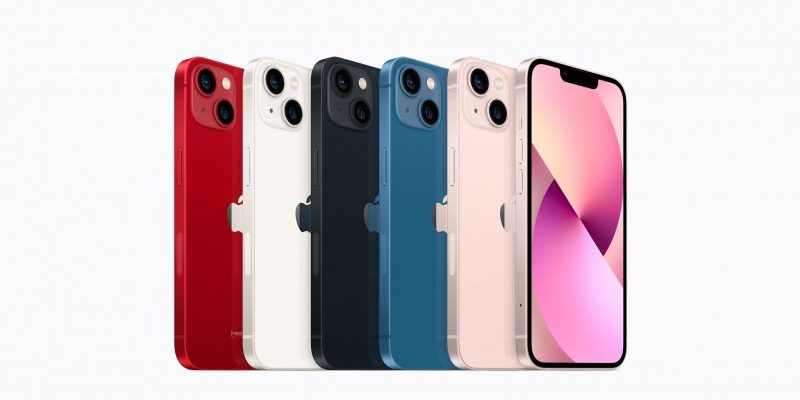 Mid-September is typically when Apple trots out on their (now virtual) stage and reveals the new slate of iOS devices set to go on sale. Like clockwork, the company came through on its yearly cell phone refresh with new devices in the predictably named iPhone 13 lineup, hitting stores next week.

Apple’s various models of the iPhone 13 look a lot like last year’s group of handsets. The baseline products shown today were unsurprisingly the iPhone 13 and 13 Mini. They are all keeping with the sleek design established with the iPhone 12’s sharp angles, glass back, and flat sides.

These upgraded models are equipped with a new processor, the A15 Bionic, which Apple boasts as having a six-core CPU and a 4 Core GPU for “enabling more eye-catching visuals and lighting effects.” 5G components have also had upgrades to support more cellular frequency bands to work with faster data speeds and on more cellular carriers worldwide. Due to the increased efficiency in many components, Apple claims these new devices have longer battery lives than last year’s models.

The advanced “sensor-shift optical image stabilization” is making its way over from the iPhone 12 Pro Max to the iPhone 13 and 13 mini for the standard wide camera sensor. As for taking video, these devices can record at resolutions up to 4K at 60fps. Apple made a point in its presentation to show off the new Cinematic mode for recording video, which uses focusing techniques to give videos a theatrical feel.

At the top end of the product line are the iPhone 13 Pro and 13 Pro Max, which remain the only devices with three camera lenses (wide, ultra-wide, and telephoto), and both feature a larger battery than the stock iPhone 13. These models also sport an upgraded five-core GPU as an added improvement over the base models. However, the most significant upgrade is the ProMotion display, which allows for variable refresh rates from 10hz to 120hz, doubling the refresh rate of all previous iPhones. This feature has been around on iPad Pro for a few years and really does make a difference while gaming and even looks great when scrolling through web pages.

Pricing for the newly announced phones starts at $699 for the iPhone 13 Mini, $799 for the standard iPhone 13, where the Pro and Pro Max start at $999 and $1099, respectively. Each comes in various storage sizes, which will increase increases the price the higher you go. The different prices and the colors available for each model can be found on Apple’s website or your wireless carrier of choice.

iPhone 13 and its entire family of Mini, Pro, and Pro Max models are available for preorder starting September 17 and released on September 24. Apple also slipped the first footage of Star Wars: Hunters, a new game coming to iOS and Switch, into the presentation, which you can find out about here.