Without releasing a single game, Apple is one of the largest gaming companies in the world, simply by taking a cut of all transactions on its ubiquitous platform, the iPhone.

But what kicked off as a skirmish months ago when Apple banned Microsoft’s xCloud iOS app offering access to games outside its App Store has evolved into a legal war with Epic Games over its popular battle royale, Fortnite, and a fight to maintain its generous slice of the entire industry — one that has caught the attention of regulators in the U.S. and the European Union.

In a preliminary injunction hearing between ‌Epic Games‌ and Apple on September 28, Judge Yvonne Gonzalez Rogers of the United States District Court for the Northern District of California recommended that Apple and ‌Epic Games‌ consider a trial by public jury. Ultimately, Epic and Apple agreed that Epic’s claims and Apple’s counterclaims should be tried by the court and not by a jury, which is now expected to take place in July 2021.

The walled garden is being tested

Epic’s complaint largely stems around Apple’s exorbitant 30% payment processing fee on in-app purchases (IAP), which is almost 10 times the standard rate charged by other third-party payment processors, such as Stripe, who charges $2.9% + $0.30/transaction.

For game developers looking to tap into the $70 billion mobile market, this is an unavoidable tax for distribution on iOS devices, because unlike Android phones, iPhones are forbidden from downloading apps unless they are approved for and placed on Apple’s App Store.

Microsoft continues to challenge the walled garden as well. While Apple requested that Microsoft submit every single game to be streamed through its xCloud iOS-based service, which would subject these games to App Store rules as well as the 30% fee on IAP, the company recently announced a workaround that allows users to stream games from their console as opposed to xCloud servers. It hits at the center of the legal battle between Apple and Epic Games as well as the determination to find alternative paths.

Amazon has also gotten into the game and recently launched the public beta for Luna, its own cloud-streamed gaming service, akin to xCloud. On iOS, Amazon Luna is operating outside Apple’s payment walls because it delivers streams via a web app and is therefore exempt from Apple’s App Store rules. As long as web app services like xCloud and Luna offer optimized performance for iOS and Apple continues to allow this exception in their rules, there’s a strong case for more streaming services to enter the market on iOS and operate outside the App Store’s payment walls.

Many other companies subject to the App Store 30% cut have found alternative ways to get around the fees, such as Spotify, which initially passed along the costs to users by increasing subscription fees. When Apple released its own competing music service at $10 that undercut Spotify’s fee of $13, the company opted out of Apple’s payment system and instead users must pay a subscription fee through Spotify’s website.

Facebook also recently weighed in on the impact and frustration of Apple’s 30% cut for its new live-events service, expressing that the company also wants to process payments itself to benefit its small business owners that use the service.

Operating outside the walls 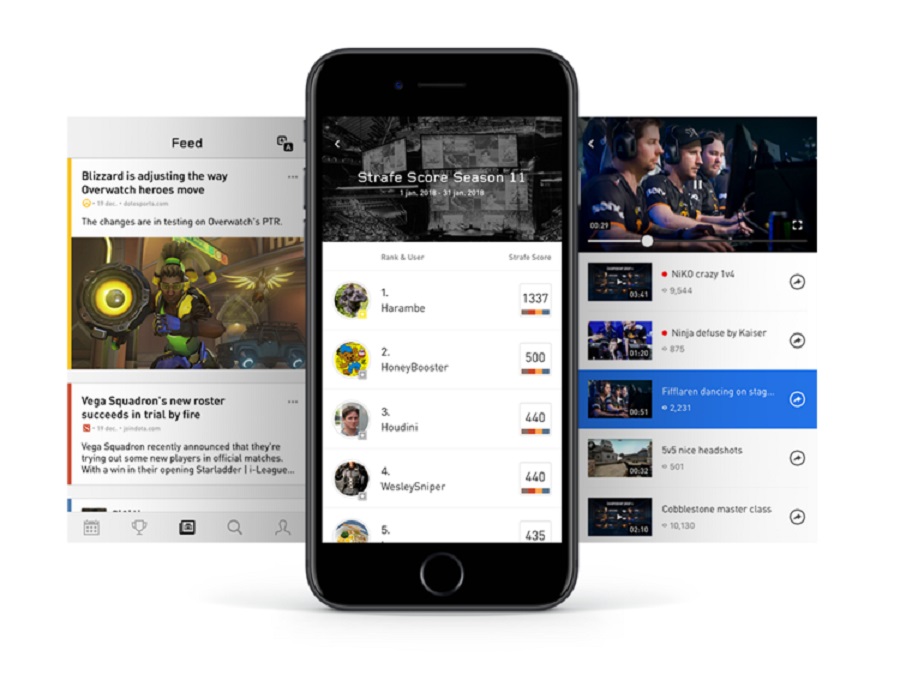 Above: Strafe has raised $3 million for an esports companion app and betting game.

This is likely because virtual credit and virtual currency carry a high level of risk as these types of payments are associated with high rates of charge-backs and disputes. Additionally, there are complex and state-specific compliance rules that require extensive legal due diligence, sometimes requiring examination of the code of the game itself.

For mobile real money esports tournament operators, like Skillz, Papaya Gaming, CelerX, and Ryu Games, player purchases are facilitated through third-party payment processors. With this alternative payment process, developers receive more than 70% of the revenues generated in their game because the operators are taking less than Apple’s usual 30% cut.

However, this increase in revenue still comes at a price. Without using Apple’s IAP, the store is disincentivized to promote real money and esports tournaments apps. You probably won’t see a game with real money tournaments as the sole purchasing model as a featured app anytime soon. As a result, potential missed opportunities to drive visibility and downloads come at the cost of an increase in revenue share for game developers.

Still, the tradeoff for large tournament operators is decisively worth it for a greater piece of the billion-dollar pie. In 2020, research firm Newzoo projected that the esports industry would surpass $1 billion in revenues.

A future where the walled garden comes down

If the increased scrutiny of Apple’s store policies continues, there’s the possibility for a different future for game developers.

If Apple’s payment processing requirements were to disappear for all apps in its store — as seen in the mobile esports industry now — a competitive ecosystem of payment processors could arrive, creating new and exciting opportunities for app developers, like micropayments, cryptocurrency transactions, and innovative rewards programs.

Furthermore, we could see esports and real money tournaments come to cross-play where it doesn’t exist today, such as on Steam, GOG, PlayStation 4, and Xbox. Today, players can use third party sites like Players’ Lounge and GamerSaloon to compete for cash in popular PC and console games. Eventually, in the far future, we could see a title evenly matched between PC, console, and/or mobile, such as Call of Duty, that brings both cohesive playing and cash tournaments experience in-game.

What’s happening in esports gives us a preview into the potential future of the mobile gaming landscape — an ecosystem that is free to be innovative.

Gaming has a history of breaking new ground. Many technologies, from facial recognition and gesture control to graphics and displays, had their start in gaming before being adapted in other industries. Mobile payment processing is no exception, and everyone is better off if innovation is allowed to flourish.

Ross Krasner is the cofounder and CEO of Ryu Games, a mobile gaming platform combining cash tournaments with social interactions.