The Assassin’s Creed series has always toed the line between historical accuracy and fiction, but never has it fully embraced the mythological as much as in Assassin’s Creed Odyssey. Just like other mythic creatures of legend, such as the Cyclops and Minotaur, you are able to face off against the legendary Gorgon Medusa herself. A creature like her doesn’t become a legend for no reason. She’s the most difficult of the group, not only in battle, but in tracking her down. Let us join you on your epic quest through the Petrified Temple to slay the mighty Medusa.

Before you start the hunt for Medusa, make sure you’re adequately prepared to take on one of the most difficult bosses in Assassin’s Creed Odyssey. You’ll want to be at least level 46 or 47 with fully upgraded gear to stand a chance here. 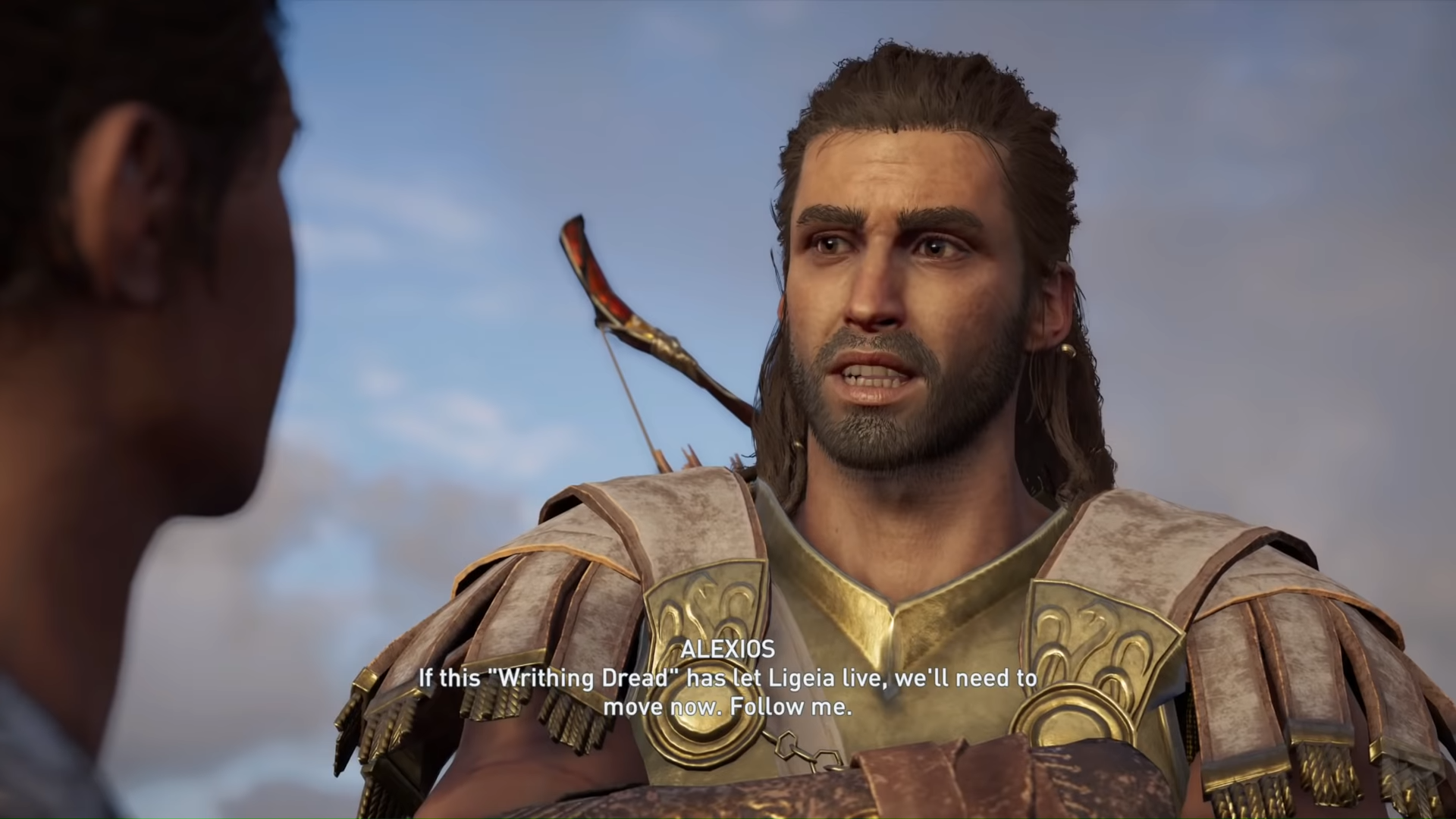 Once you’re prepared, the first step in taking down Medusa is finding The Petrified Temple where she resides. This isn’t as simple as following a map marker, though. You first need to head to the island of Lesbos and start the Romancing the Stone Garden quest in Eresos. You’ll find a group of villagers on the Southern cliff of the Petrified Valley that you need to speak to in order to begin the quest.

The first steps are simple tasks, such as killing specific targets, until you return to the quest giver, Bryce, at a temple. The quest will shift to the Love’s Long Shadow, where you need to follow Bryce through the Petrified Forest to find the Writhing Dread’s lair. This is, in fact, the Petrified Temple where Medusa resides, but is understandably locked. 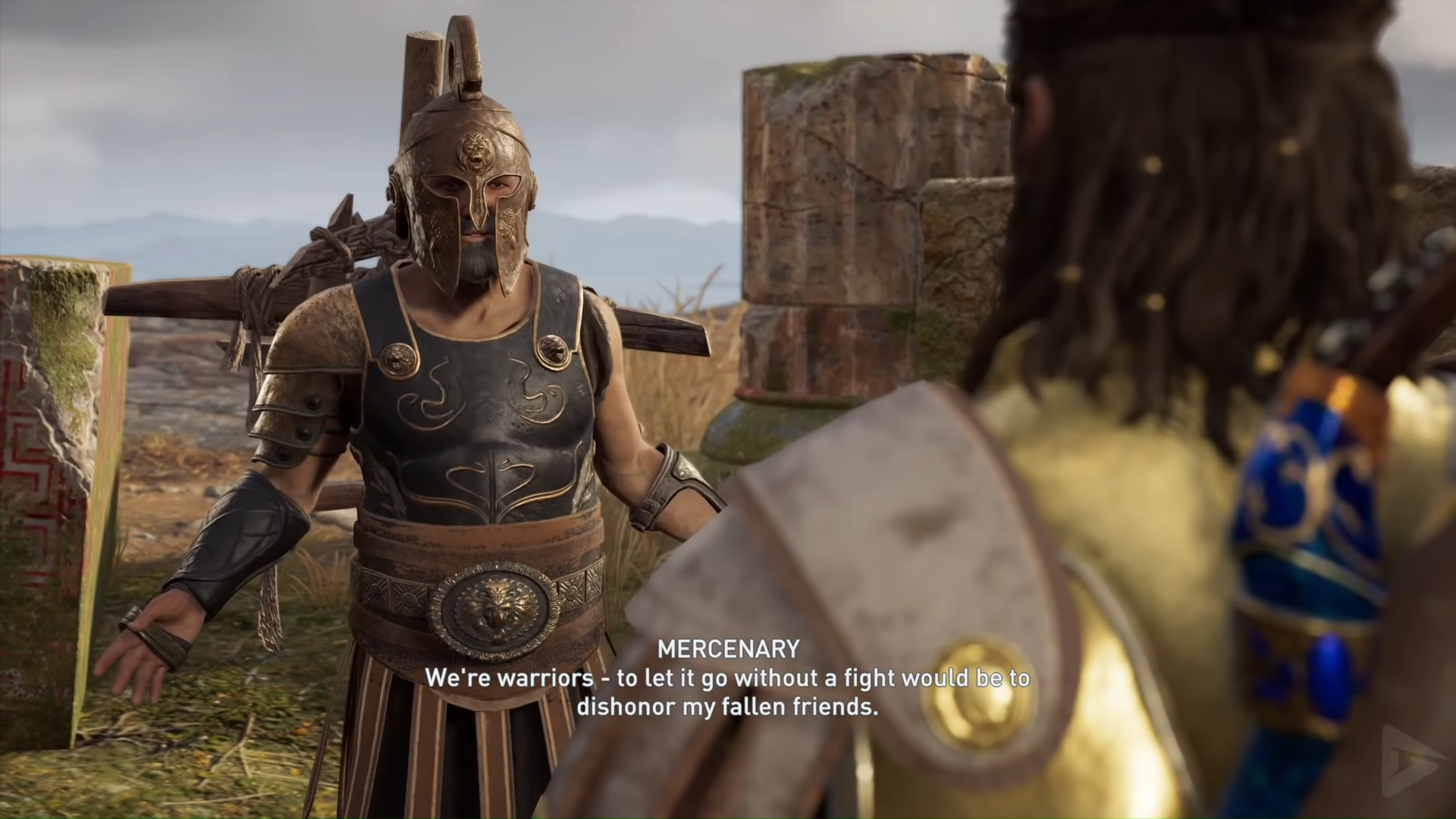 On your search to find the key you’ll be lead to the Heavy is the Spear quest, which brings you to a mercenary named Zetes who claims to have killed Medusa. You need his spear, but he’s not just going to hand it over to you. Take him on in battle and claim the spear from his corpse.

Back at the temple, Bryce will tell you the key to opening the doors is on Chios. Set sail and dock on the North end of the island where you’ll be given three targets to find the daughters of Artemis who supposedly protect the disc. The specific cave you’re looking for is the Cave of Arktoi at the back of the village. Bryce requested that you do this without killing any of the daughters, so sneak through the village and loot the chest to grab up the key. 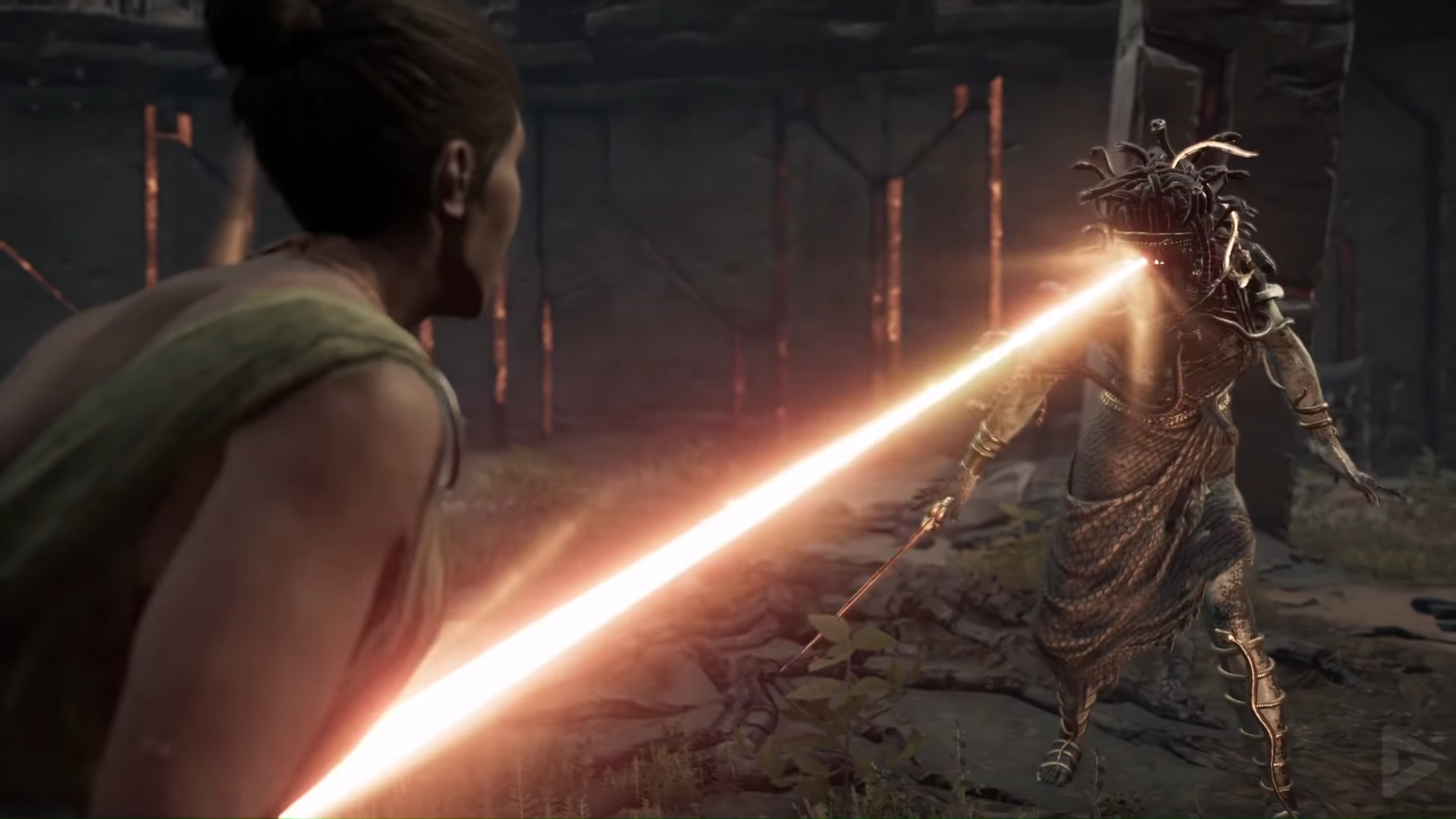 Now that you finally have access to the temple, the fight with Medusa will begin. She starts the fight by casting a protective barrier around herself, summon petrified soldiers to attack you, and shoot her signature petrifying beam at you. Stick behind the pillars to avoid her beam attack and watch out for the lighting that follows it by avoiding the red spots that appear on the ground.

Once you take out the stone warriors the protective bubble around Medusa will burst, giving you a chance to get some damage in. When she recovers you need to watch out for a grab attack, as well as her old eye beam into lightning combo. The best strategy is to use the pillars again, dodge the follow-up lighting attack as you move in close, get as many hits in as you can before she teleports, and repeat. 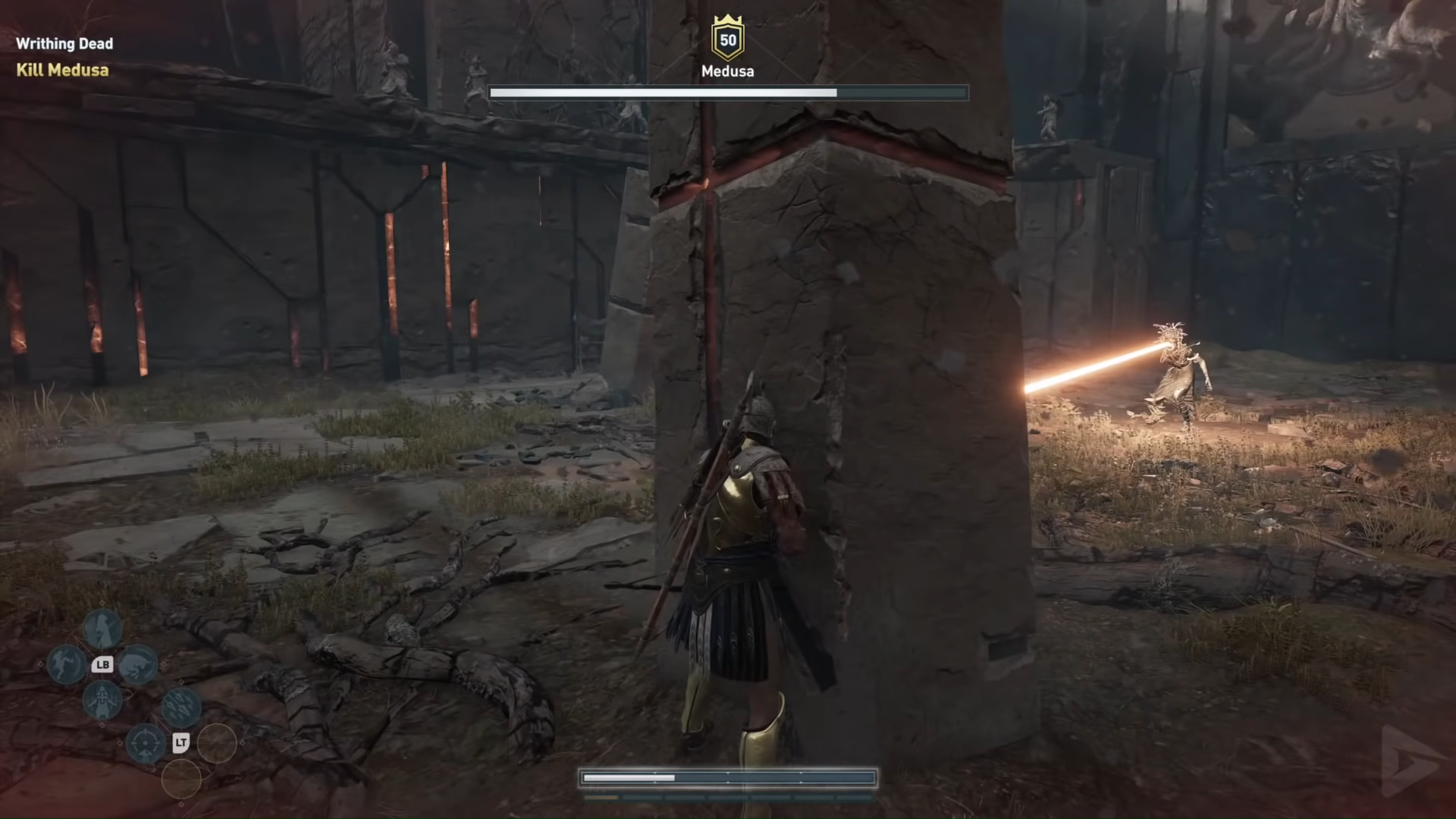 You can follow that strategy until you’ve chipped off about one quarter of her health when Medusa will cast another bubble and basically restart the fight.

The fight will drag on like this four times, but as long as you’ve got the timing down there won’t be any surprises to throw you off.