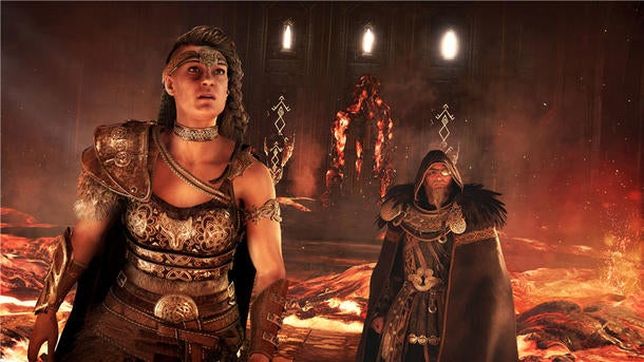 A leak from Chinese stores seems to confirm a new Assassin’s Creed Valhalla expansion that will deal with Norse mythology.

You may have already heard rumours of an upcoming new Assassin’s Creed Valhalla expansion, that expands on the game’s Norse mythology elements. Only last week, insider Tom Henderson drew attention to it, saying it will be about 40 hours long and release in March 2022.

While Ubisoft has yet to make any official announcement, evidence of its existence was apparently leaked via Chinese stores, namely several screenshots and a general description of the expansion.

Most of the screenshots are pretty nondescript but if you want to avoid spoilers completely than stay away from the Assassin’s Creed subreddit.

According to the Google translated description, the expansion is titled Dawn Of Ragnarök and will take place in the Nine Realms. From the sound of it, you won’t technically play as Eivor in the expansion but instead Odin himself, as the description reads ‘Eivor must personally experience the fate of Odin.’

It also mentions something about a ‘brand new supernatural power of the thunderbolt,’ which sounds like a new ability you can use throughout.