Rathdown Build Up is the next main quest in Assassin’s Creed Valhalla Wrath of the Druids after Snaring Thorstein and tasks you with commencing your first raid on the Emerald Isle.

After bringing Thorstein back to Barid, Azar will speak to you about setting up trade posts in order to exchange local valuables for all kinds of trinkets from all over the world. Dublin was a massive Viking port, after all, meaning that trade routes here were particularly strong.

This is quite a long quest compared to the previous few in the new DLC, so if you’re having trouble with it, look no further than our convenient Assassin’s Creed Valhalla Wrath of the Druids Rathdown Build Up guide.

Wrath Of The Druids Walkthrough: How To Complete Rathdown Build Up 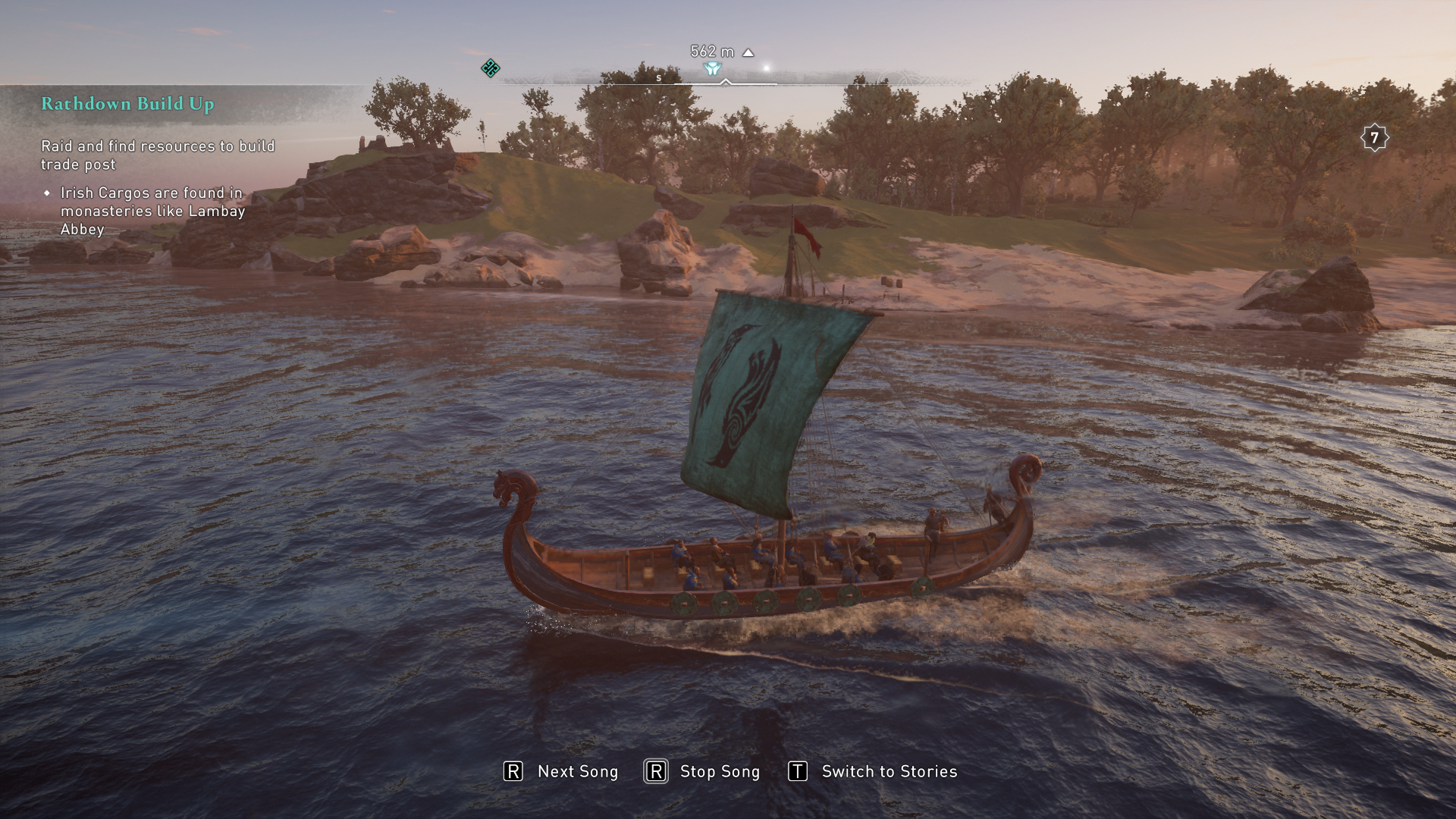 Rathdown Bulld Up will start immediately after bringing Thorstein back to Barid. Your first objective is to find Azar, who is located in the marketplace. Azar should be marked with a quest marker until you get close, at which point they can be easily identified by using Odin’s sight and following the green circle, which should be visible through walls across a distance of about ten to 20 meters.

After speaking to Azar, your next point of call is to head north to Rathdown, which will be marked on your map by a quest marker. When you arrive there, defeat the smugglers – there are only three or four, so it’s a fairly easy fight, and if you scale the walls and pull off a successful one-shot stealth attack against the Man-At-Arms – who should have a yellow name over their head – it’s essentially a simple brawl against three weaklings. Take them out one by one and you should have the trade post cleared in no time at all.

After beating up the smugglers, build the trade post by interacting with the wooden sign at the quest marker. Although this claims the trade post for Dublin, you still need supplies. Your next objective is to go to Lambay Abbey, which will be marked on your map. Head there by boat, instigate a raid with your crew, and ransack all four supply caches in the vicinity. Once you’re done, head back to Rathdown and build one structure with the supplies you obtained. Once this is done, head back to Azar in Dublin. Interact with the trade chest to their right in order to exchange supplies for spices using the trading interface. Once you have the spices for Flann Sinna, High King of Ireland, you will have successfully completed the final task in Rathdown Build Up – talk to Azar one more time to mark the quest as complete.

Now that Rathdown Build Up can be ticked off the list, it’s time to start the next main quest in Wrath of the Druids: Dublin’s Reach, which obviously takes place back at the capital.