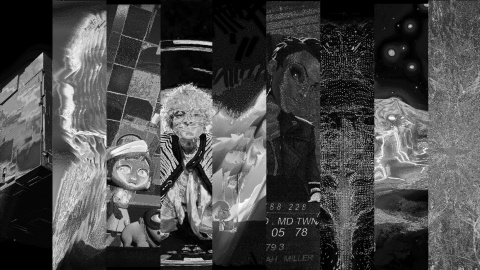 Short VR films and experiences are all the rage at festivals like Sundance and Venice (which is taking place this week), but not all of these works find their way onto consumer VR headsets later down the line. Astrea’s publishing services hope to change that.

“Every year, some of the most talented creators are producing XR stories that make us open our eyes to perspectives unseen – but only if you are lucky to be in the festival circuits,” the team’s Danielle Giroux tells me over email. “Our tight knit, hardworking team of passionate VR storytelling problem solvers is changing this. Every day, we explore new avenues of distribution, building upon our extensive network of VR industry connections around the world. Publishing, international licensing, location-based entertainment, immersive installations, localization — these are the major pillars that make up our approach.”

Even with this approach considered, most consumer VR headsets in the market today are billed as gaming devices; they mostly feature content made by videogame developers and are sold on storefronts that place a huge emphasis on gaming. This has been a struggle for VR filmmakers and artists without a solid sense of how and where to publish their works, but Giroux is keen to see this sector grow.

“Just because the majority are interested in games, doesn’t mean there isn’t room for narrative VR films,” Giroux says. “People don’t always know what they like until they try it. Mass VR adoption hasn’t fully happened yet, but even still, Story Seekers are out there. And they have a vision we share – that this medium has so much potential […] We have a very diverse catalog – different formats, different genres, different equipment. There is no one rule for every project. Astrea is new, young, and challenging the status quo by not being afraid to try – even if it doesn’t always go as planned.”

Astrea’s plan, then, is to work project-to-project to decide the best ways to publish and publicize a project. “To crystallize that point, for us the best approach is to get the project out in as many formats and languages as possible, reach out to as many contacts as possible, and push, just keep pushing. Because the more people see these works, the more people understand what we are doing, and the more stories we can get out there.”

What isn’t planned, at least right now, is a dedicated hub app where you could select all of the publisher’s projects from one location.

“The “let’s build a platform” sometimes feels similar to the enticing conversation “let’s open a bar” you might have with an old friend,” Giroux explains. “It’s true that this very decentralized viewing system is challenging. Not only for us as distributors (one project published across four platforms, means four different requirements, four different sets of assets, four different communities, etc.). It’s tough for users at home who have to pick and choose where to find things, who might be limited by their equipment or their bandwidth. And it’s even harder for location based entertainment, who are sometimes worried to invest money into equipment that might become obsolete in the near future. But right now, we feel it is worth the challenges.

“We need to build the infrastructure, to teach consumers about this type of content. And to do this, we need to meet them where they are, not try to convince them to go another place. That means we need to collaborate with existing platforms. We are building a brand to guide audiences so they know how they can navigate to find this type of award-winning immersive content.”

Astrea’s current line-up includes 37 projects across home headsets, location-based installations, and unreleased titles. That includes recent works like The Dawn Of Art — which was last week nominated for a Daytime Emmy — and Gloomy Eyes but also extends back to older pieces such as Notes on Blindness and Spheres. We’ll be keeping an eye on the studio’s future projects and bringing you the latest on them. You can sign up for a newsletter with the latest on Astrea on its official website.