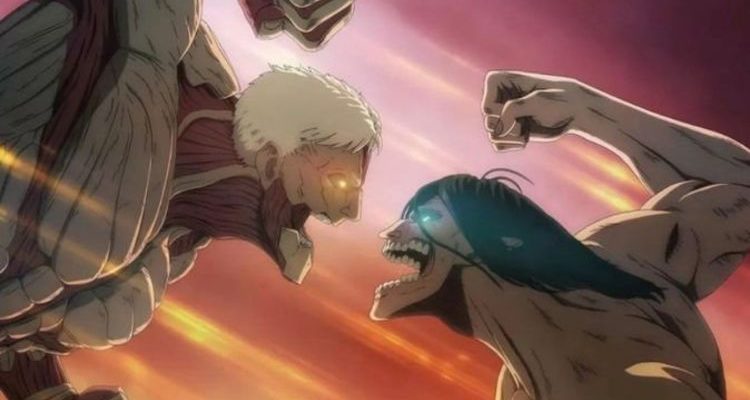 Attack on Titan: Trailer for final season of anime show

Attack on Titan season 4 part 2 kicks off this weekend, with the story of Eren Yeager and the Survey Corps drawing to its long awaited conclusion. The final season of Attack on Titan is rumoured to have a 16 episode long count, and this all begins with episode 76 – Judgment – which is airing this weekend. This next episode of Attack on Titan will air on Crunchyroll and Funimation in the UK on Sunday January 9 2022.

A release time has not been confirmed for the next episode of Attack on Titan, but – judging by previous release schedules – Attack on Titan fans should see season 4 part 2 launch around 9pm UK time.

If you can’t wait for the start of Attack on Titan season 4 part 2, then you may have something waiting for you to watch on Crunchyroll and Funimation that you haven’t seen before which will keep you busy.

That’s because in the run-up to Christmas a collection of eight special original animation disc (OAD) Attack on Titan episodes became available to watch on Crunchyroll and Funimation.

Each 23 minute episode draws on untold stories that take place before and between the first three seasons of the hit anime series that began in 2013.

These episodes are available to stream for the first time ever, and will let fans take a deeper dive into the world of Attack on Titan.

Explaining what’s in store for fans with these episodes, Crunchyroll said: “Episodes 1-3 will feature Hange attempting to capture their first live Titan along with a look back at the 104th Cadet Corps’ training; episodes 4 and 5 are based on the Attack on Titan: No Regrets spinoff manga, written by Yasuko Kobayashi, that highlights the pasts of Captain Levi and Commander Erwin Smith; and episodes 6-8 are based on the Attack on Titan: Lost Girls spinoff novel series, written by the Attack on Titan anime’s screenwriter Hiroshi Seko, that focuses on separate stories featuring Annie Leonhart and Mikasa Ackermann.”